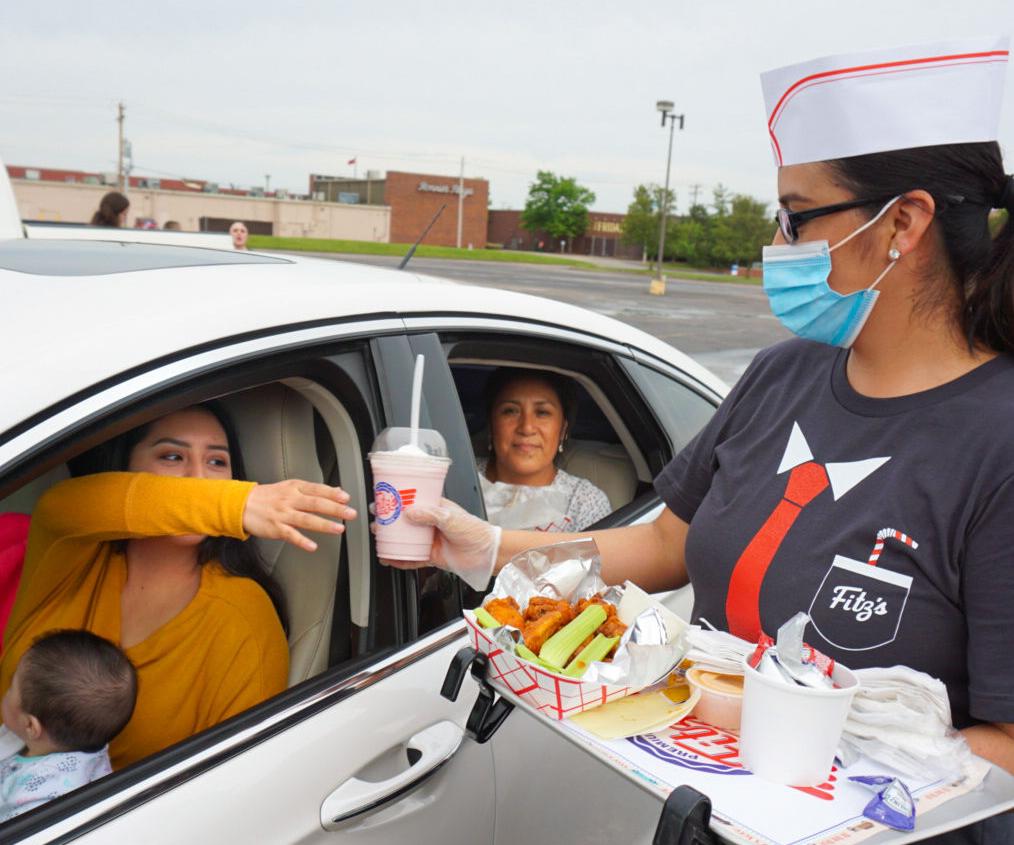 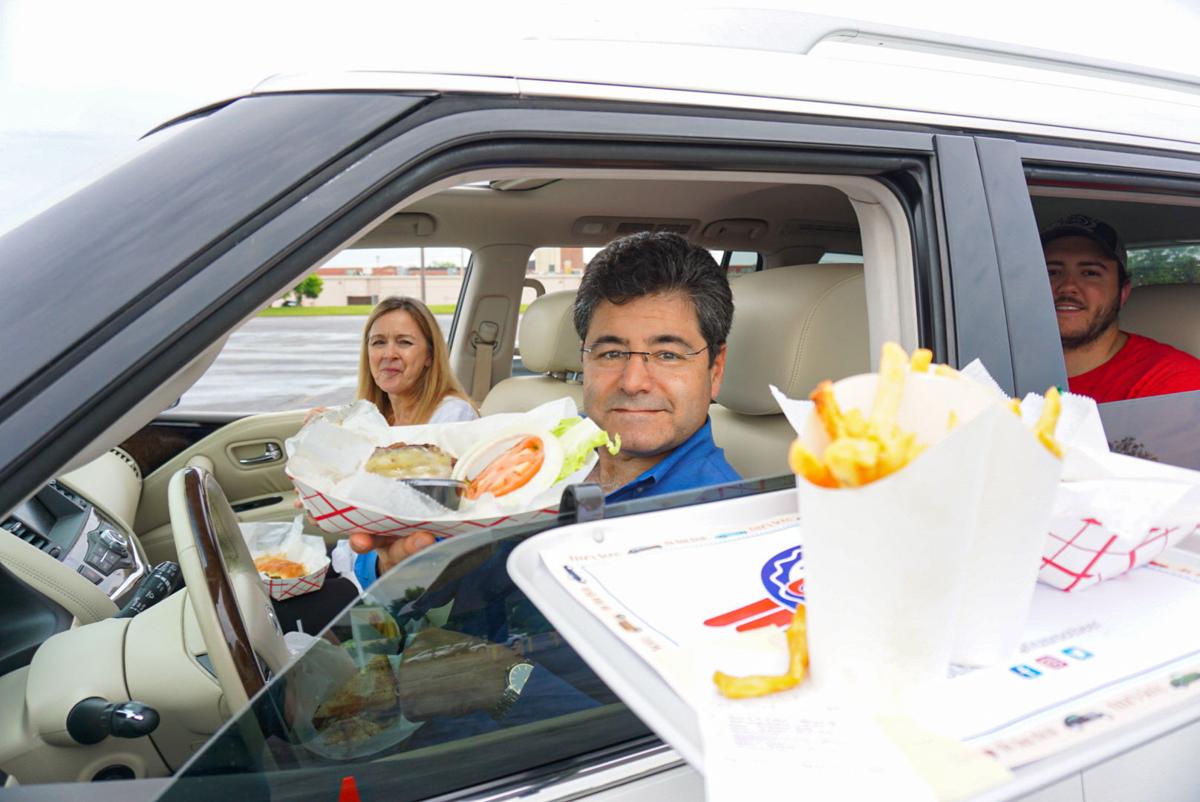 St. Louis-area restaurants are slowly reopening amid the COVID-19 crisis, but not everyone is rushing out to restaurants just yet. Some are still concerned about the ramifications of being in an indoor space with multiple other people, especially when you can't eat while wearing a mask. But for those who still want to get out to eat while adhering to social distancing, two St. Louis spots are using an old-school solution: car hops.

Frank and Helen's Pizzeria in University City and Fitz's South County in Sappington are both hosting weekend car hops to help get residents out of the house and eating at restaurants again – just a little differently.

"People are still a little hesitant about being in an enclosed dining room with other people, especially when eating," says Frank and Helen's co-owner Rebecca Horvath. "I felt like this was a fun way to maybe bring a little bright side to what's going on right now. Give people the opportunity to get out and social maybe a little bit more, but safely, and go out to eat again."

Frank and Helen's car hop will have 17 parking spaces available for call-in reservations (all one space apart to allow for proper social distancing) that are treated like tables at a restaurant from 4 to 8pm on Fridays, Saturdays and Sundays. Guests will be brought disposable menus by a server clad in a mask and gloves, or they can pull up the menu online on their own phone if they prefer. Food will then be served to customers on trays and in red baskets in their cars. All the while, a DJ will be playing tunes and taking requests via text message. The car hop, which hearkens back to the pizzeria's 1950s roots, might also feature classic skirts for female servers and old-school chef hats for male servers as time goes on to make things a little more fun.

"We're not doing rollerskates; I don't have enough insurance for that one," Horvath jokes.

In addition to its playful side, the car hop provided a more financially viable option than opening the dining room to customers again. Frank and Helen's capacity would have only allowed for 25 people inside the restaurant – and that would include staff as well. This way, not only has Horvath been able to double her staff size to run both curbside service and the car hop, but Frank and Helen's is able to accommodate many more customers each night.

"We thought we would just play off of the original and bring it back," says Maureen McAlister, operations manager for Fitz's.

Guests can reserve a parking space online and pull into their designated spot at their reserved time. Guests will be given a disposable menu – McAlister says it is scaled back by about 25 percent, but still has all of Fitz's signature sodas and floats available – and they will then place an order with their server, who will be wearing a mask and gloves. Food will be served on car-hop trays that attach to the window of guests' car.

"It is really similar to table-side service, just at your car," McAlister says.

So far, the reaction has been positive from customers; last weekend, for the first car hop service at Fitz's, the spots nearly sold out.

In celebration of the upcoming holiday weekend, Fitz's is offering its car hop service Thursday through Monday. In addition to the car hop, Fitz's is also welcoming a limited amount of reservations and walk-ins for dining service on the restaurant's patio.

"We're just trying to have fun with it and trying to do something new and make it fun for our staff and our guests," McAlister says. "It was fun to be back in the swing of things last weekend."

This upcoming curbside dinner in St. Louis features a curated menu for those with food allergies