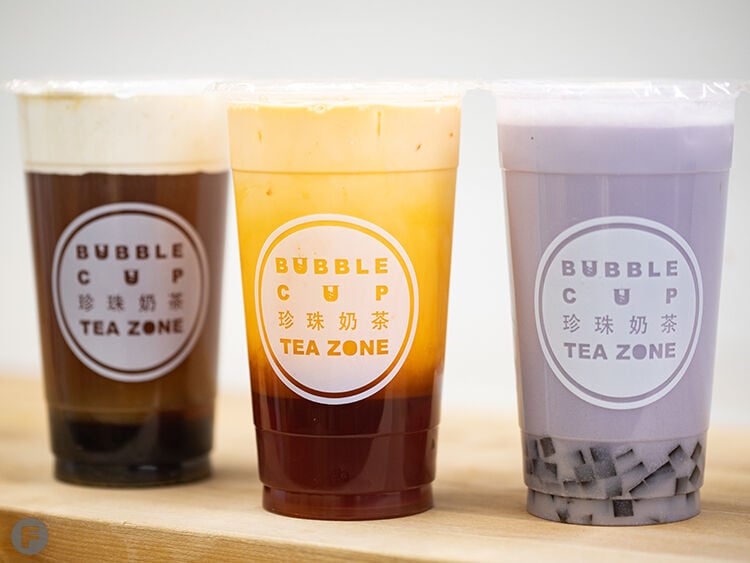 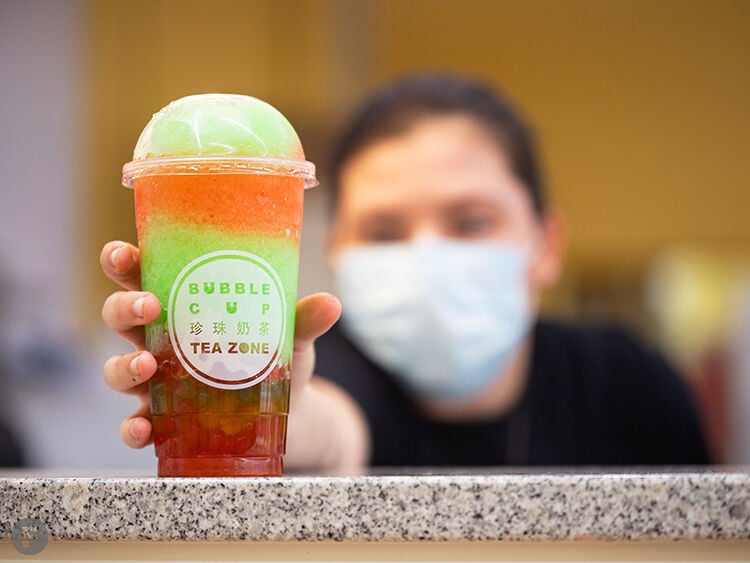 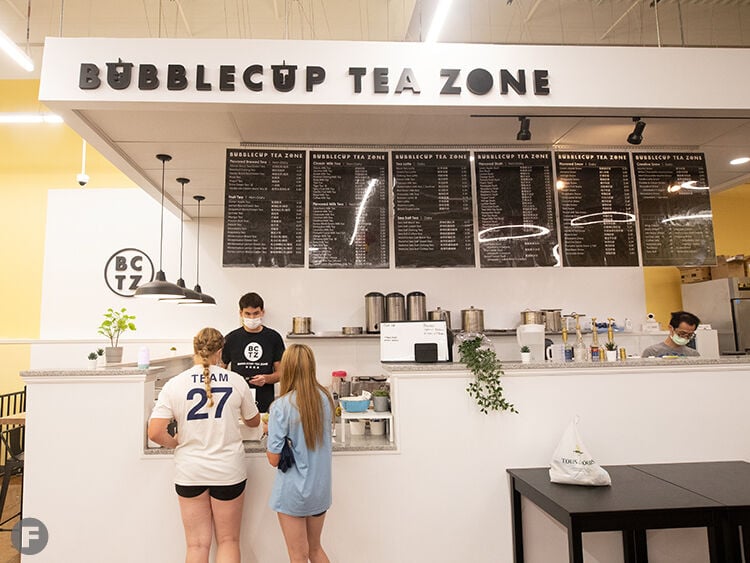 The bubble tea counter is the latest addition to Pan-Asia Supermarket. 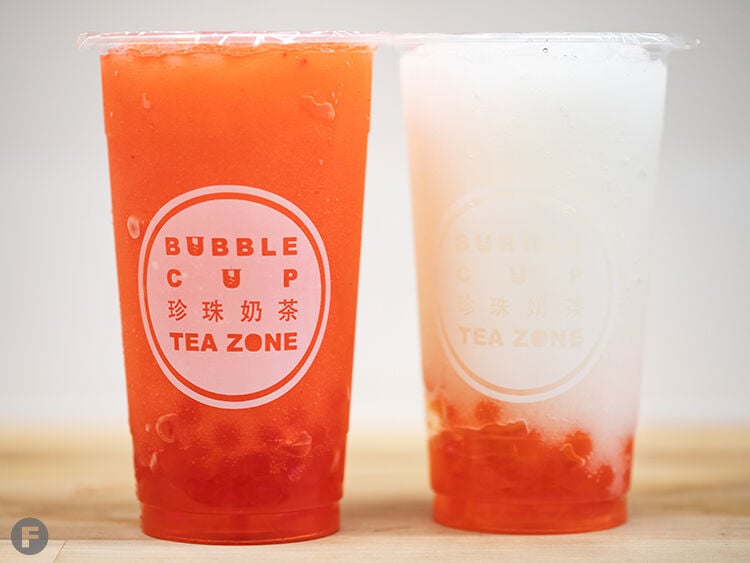 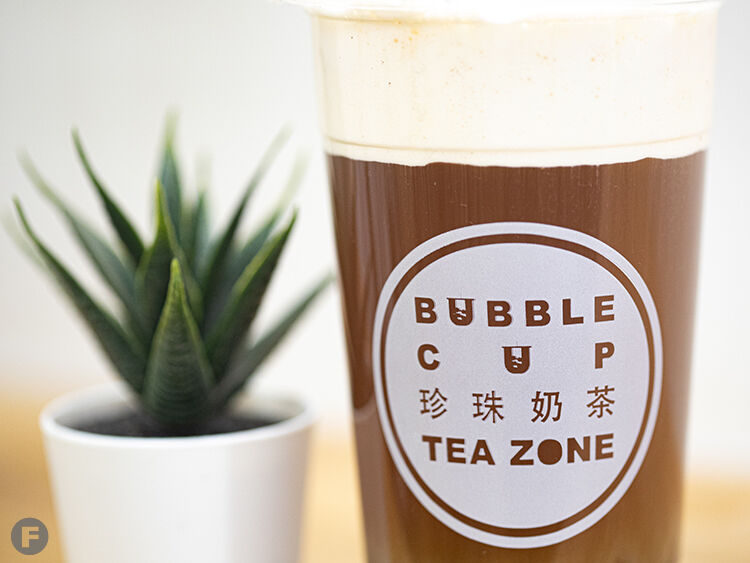 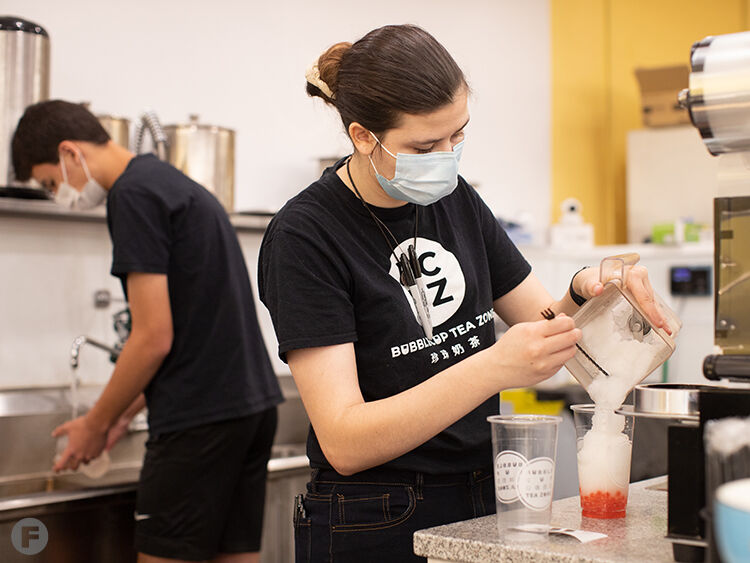 Drinks are made to order at the beverage kiosk. 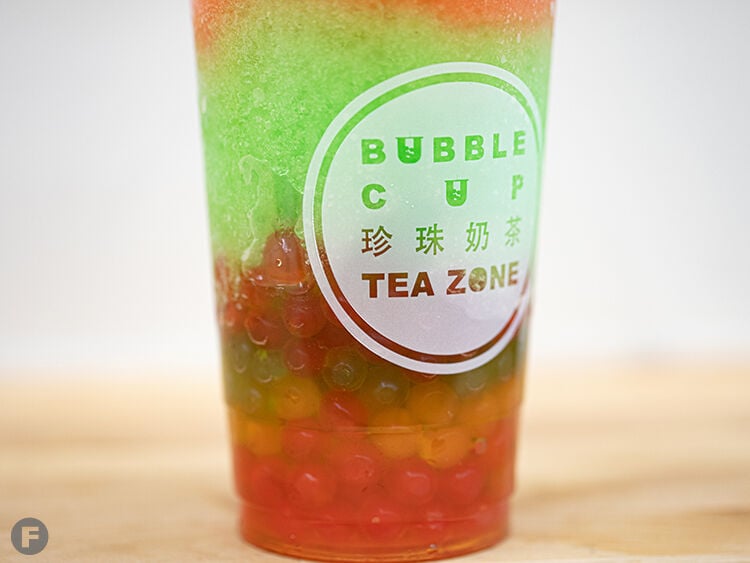 Popping boba comes in flavors such as kiwi, strawberry, mango and cherry. 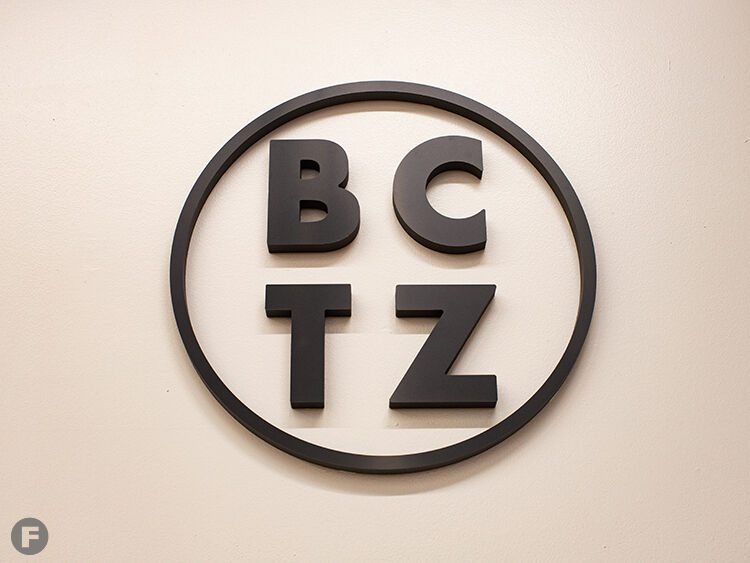 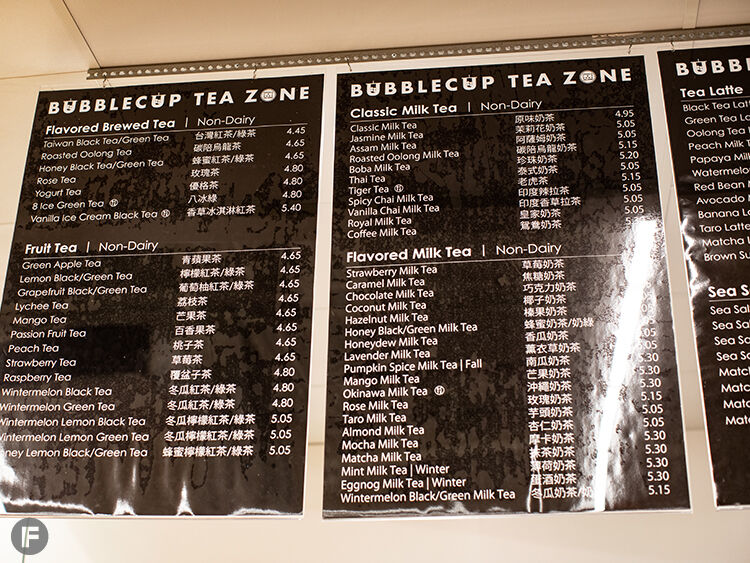 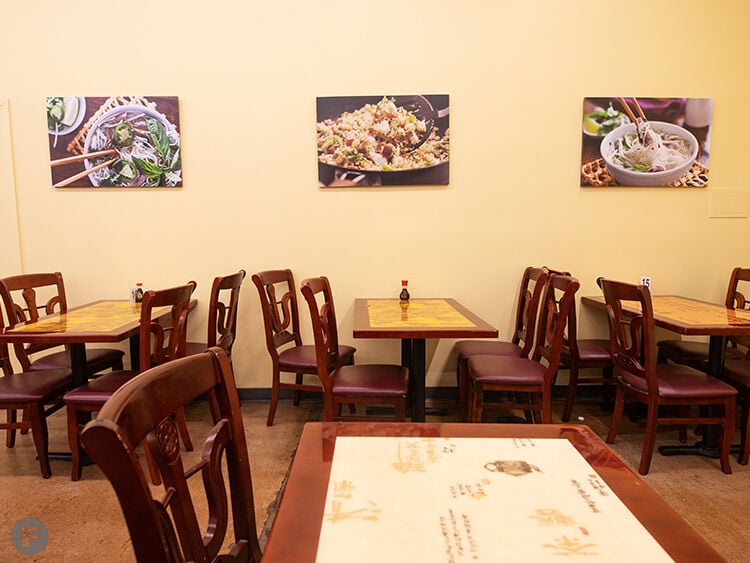 The bubble tea shop is located next to China Bistro, with a seating area available. 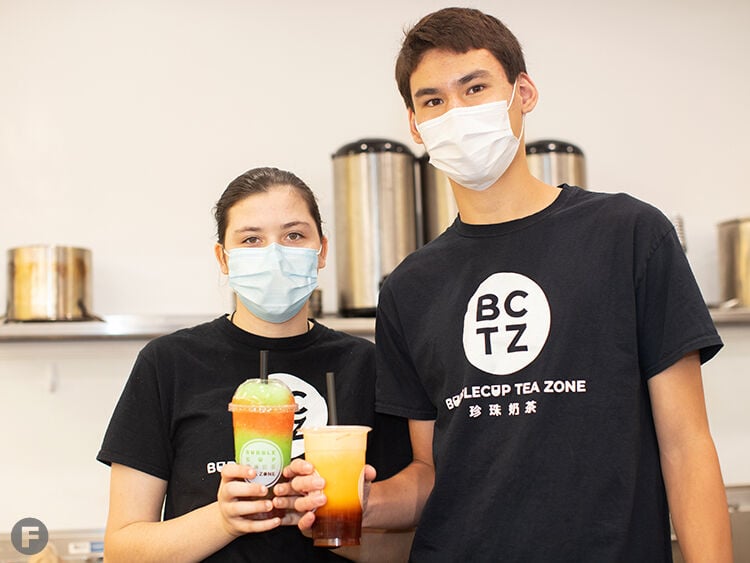 In the future, the stand will feature monthly specials created by staff. 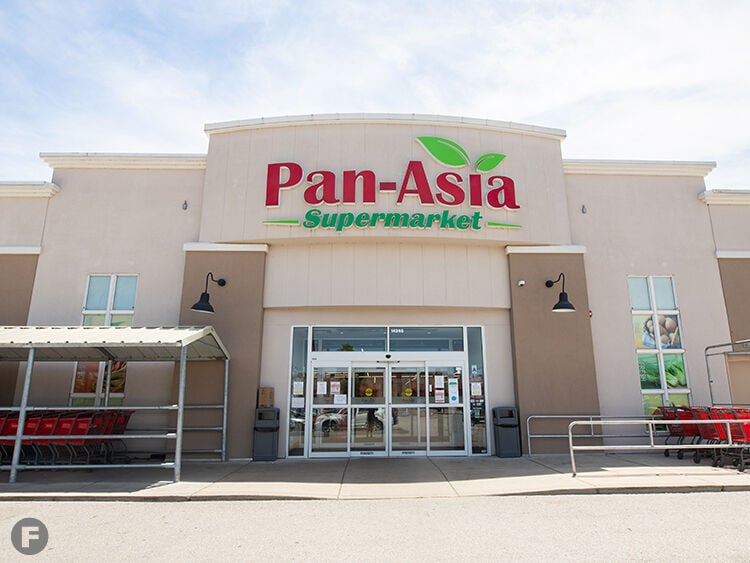 The bubble tea counter is the latest addition to Pan-Asia Supermarket.

Drinks are made to order at the beverage kiosk.

Popping boba comes in flavors such as kiwi, strawberry, mango and cherry.

The bubble tea shop is located next to China Bistro, with a seating area available.

In the future, the stand will feature monthly specials created by staff.

A popular Columbia, Missouri-based bubble tea shop recently opened its first St. Louis-area location. Bubblecup Tea Zone debuted on April 30 inside Pan-Asia Supermarket in West County, offering a wide variety of beverages including milk tea, slushes and more, all available with its namesake sweetened tapioca pearls and a variety of other topping options.

The concept comes from Tzuyang Chao, who is a native of Taiwan, where bubble tea originated in the early 1980s. Chao originally moved to the states to study at the University of Missouri, where he earned master’s degrees in statistics and economics.

In his final year of graduate school in 2017, he decided to open the first location of Bubblecup Tea Zone in downtown Columbia to introduce a taste of his home country to the area. The following year, he opened a second, larger store further south in Columbia.

The new location is designed to foster more of the café atmosphere that Taiwanese bubble-tea shops offer.

Chao designed all elements of the brand himself, with a simple, clean black-and-white theme. With the third iteration of Bubblecup Tea Zone, he decided to test out his sweet beverage brand in the St. Louis area, utilizing his academic background to conduct consumer research. The collaboration with Pan-Asia Supermarket came about organically.

“One time, I went to Pan-Asia to get some ingredients. When they saw that I was buying a lot of boba, they asked me what I was going to do with it,” Chao says. “That’s how we had our first chat, and then we partnered together.”

Bubblecup Tea Zone operates as an approximately 800-square-foot kiosk in an anterior corner of the store, next to the checkout lanes adjacent to the entrance. It is situated near the supermarket’s other vendor, China Bistro, which cooks up rice and noodle dishes to order.

“I know there are other bubble tea shops in St. Louis, but ours is a bit different,” Chao says. “I try to provide the most authentic Taiwanese drinks but also use my knowledge of tea culture in Taiwan to make things people would like here, including customized drinks for American tastes.”

Chao’s tea-based drinks begin with jasmine green tea, assam black tea and oolong tea sourced from Nantou County in Taiwan, which are brewed with spring water, lightly sweetened with pure cane sugar and filtered for an unadulterated flavor. At Bubblecup Tea Zone, the majority of milky beverages are made with non-dairy creamer, besides “snows,” which are made with fresh whole milk. Soy milk is available upon request.

According to Chao, his staff churns out around 400 drinks per day at the St. Louis location, with best-sellers such as milk tea, brown sugar milk tea and Chao’s personal favorite: oolong milk tea. His version is made with house-roasted tea leaves, and he prefers to top it with matcha-sea salt cream.

Another highlight is watermelon milk tea, a seasonal summertime specialty made with fresh watermelon that Chao enjoyed during his childhood. Vanilla ice cream black tea is another traditional Taiwanese drink made up of black tea topped with two scoops of ice cream.

In total, 130 drink options are currently available on the menu, with optional toppings such as red bean, coffee jelly and fruity popping boba. In the future, Chao hopes to implement monthly specials created by employees like he does at his Columbia locations. Tiger Tea, for instance, is a regular menu item established by a Columbia staff-made special. Named after Mizzou’s mascot, the concoction is made up of sweet Thai tea and green tea.