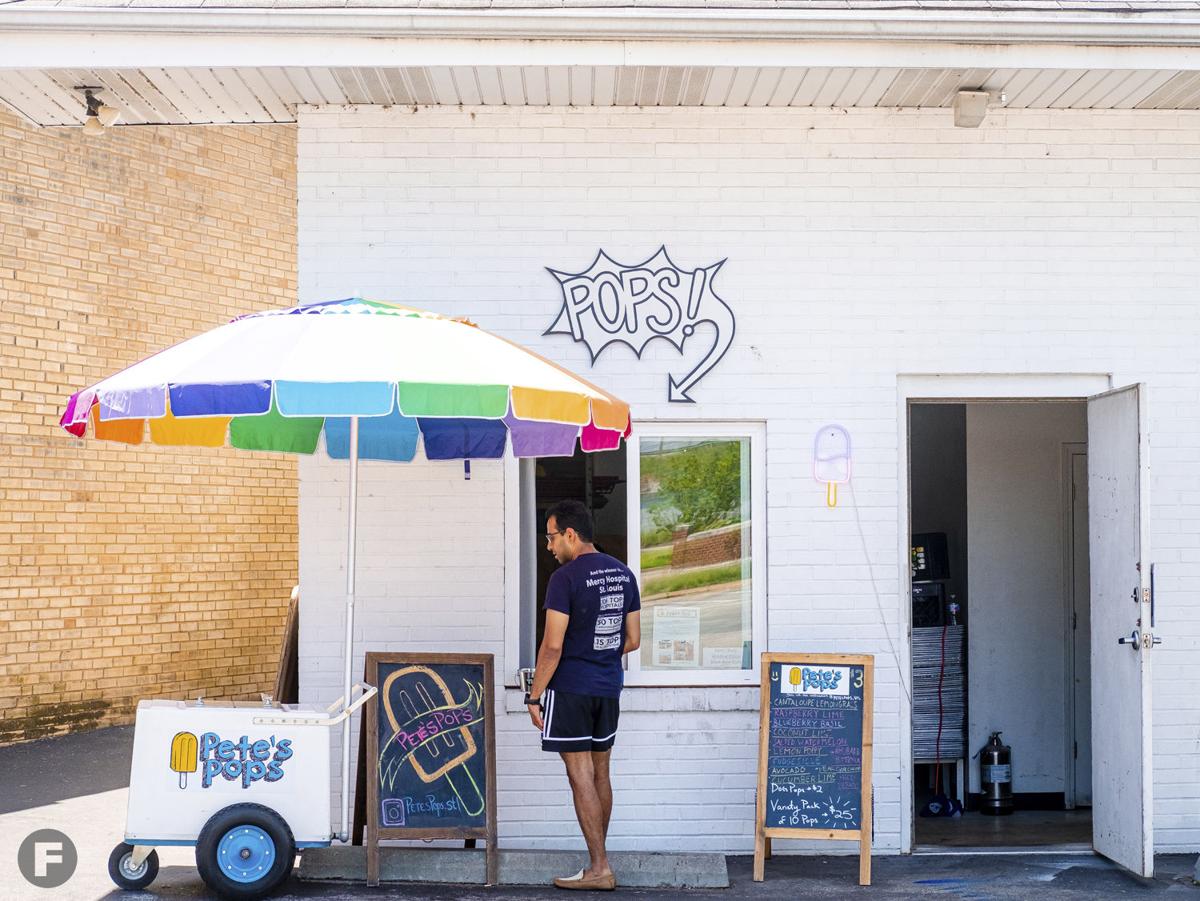 A customer orders from the Pete's Pops window at World's Fair Donuts. 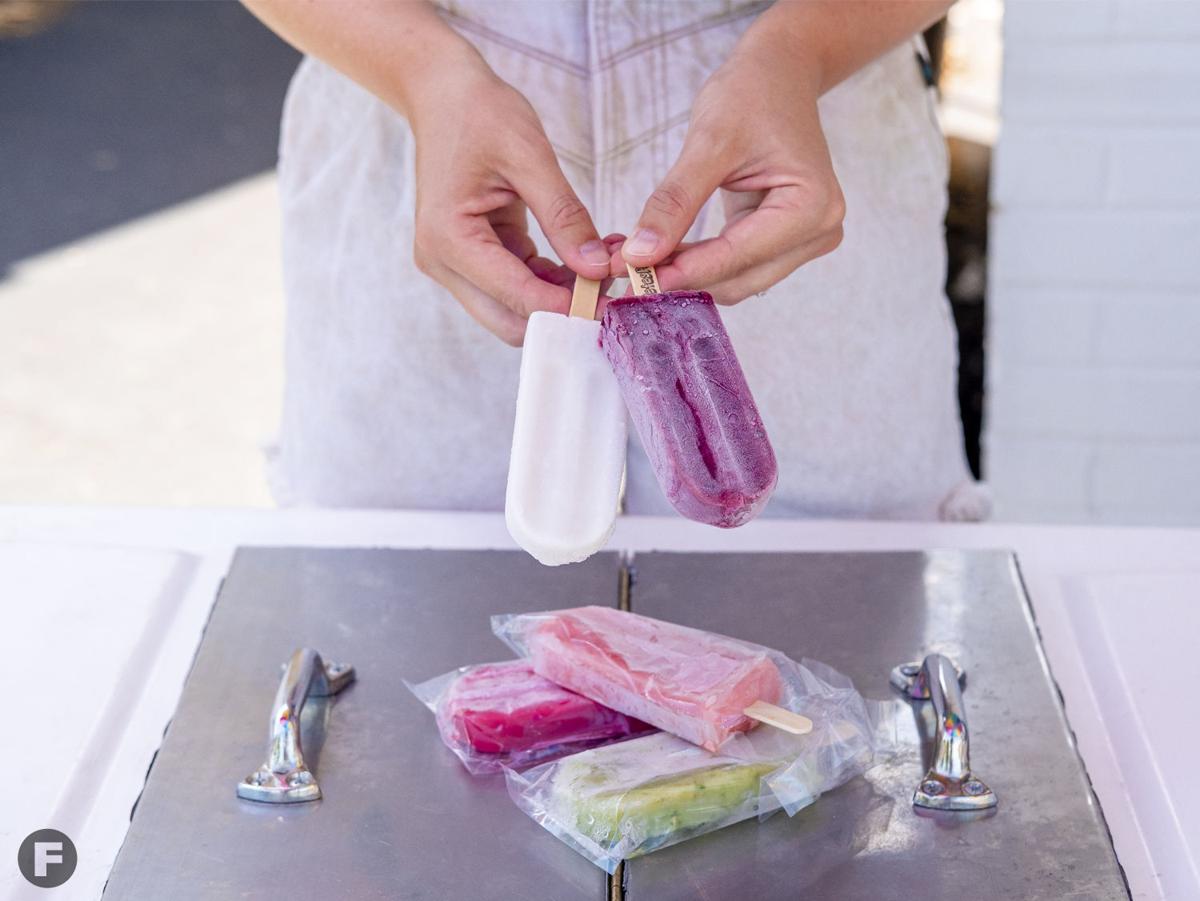 A selection of flavors from Pete's Pops. 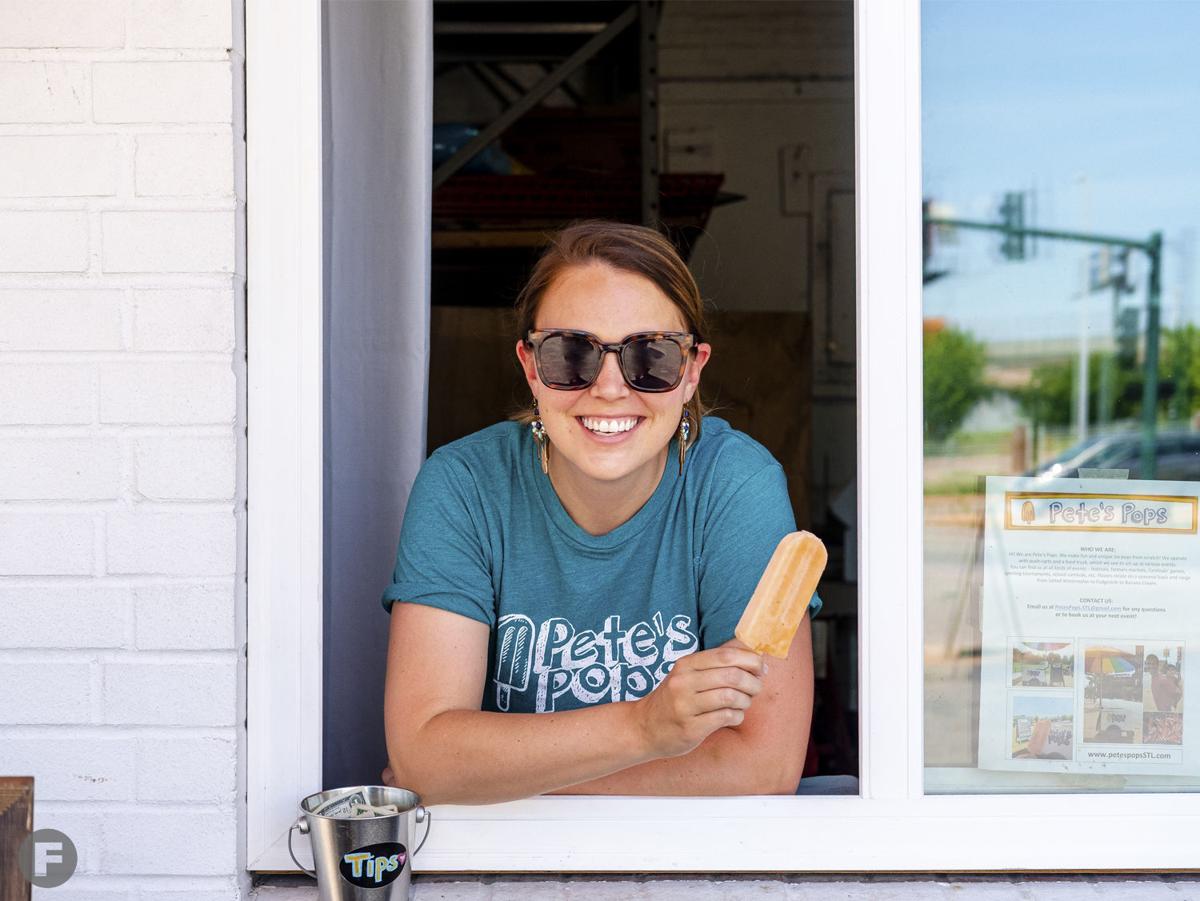 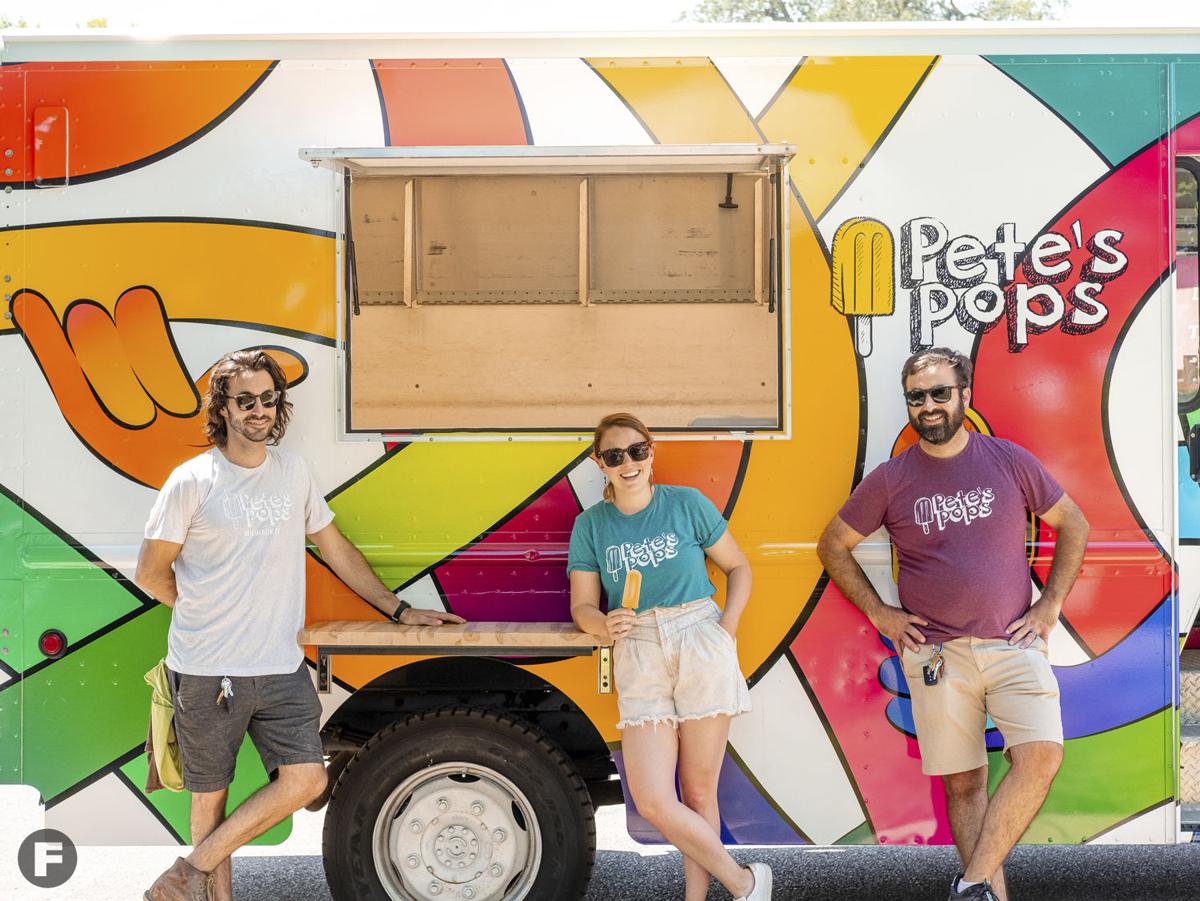 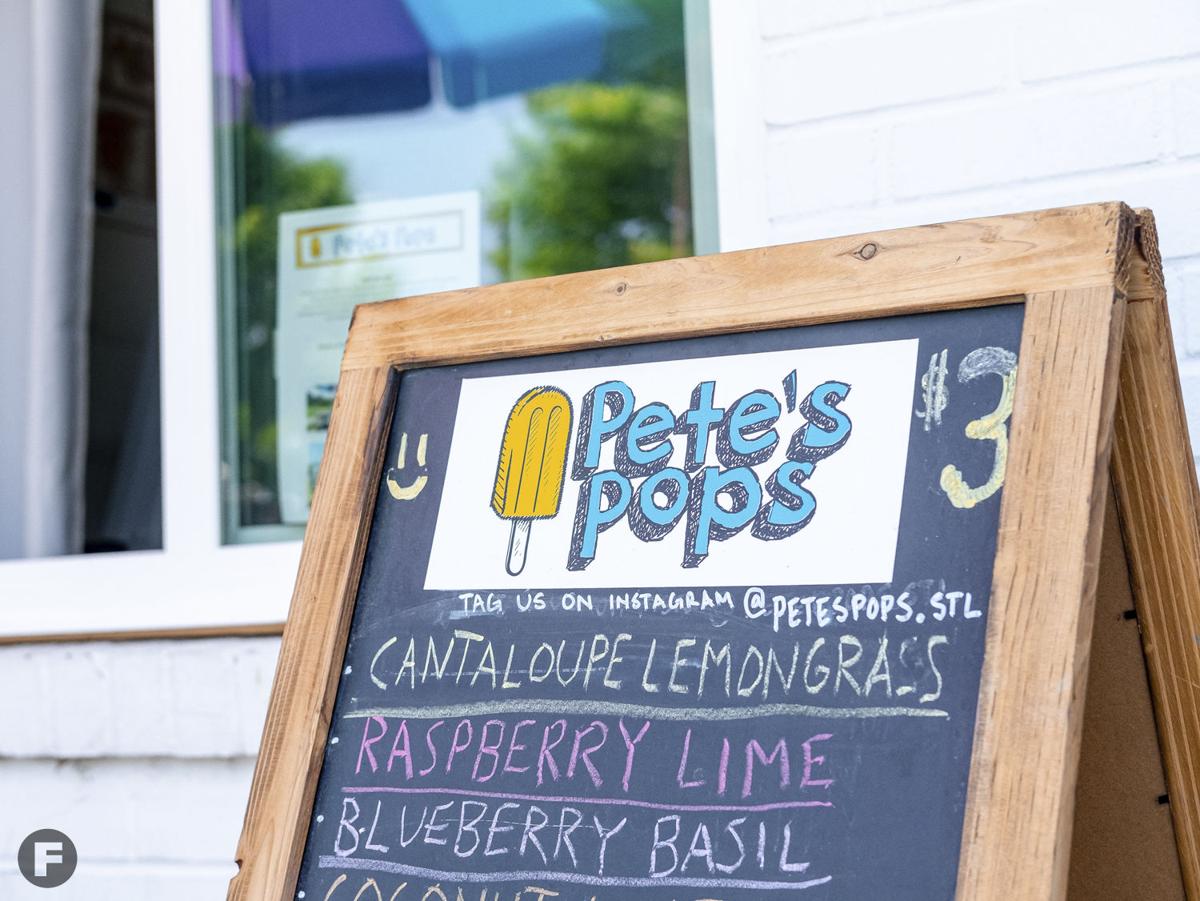 The menu at the World's Fair Donuts window changed regularly, but more flavors are available at the Hampton location of Pretzel Boys. 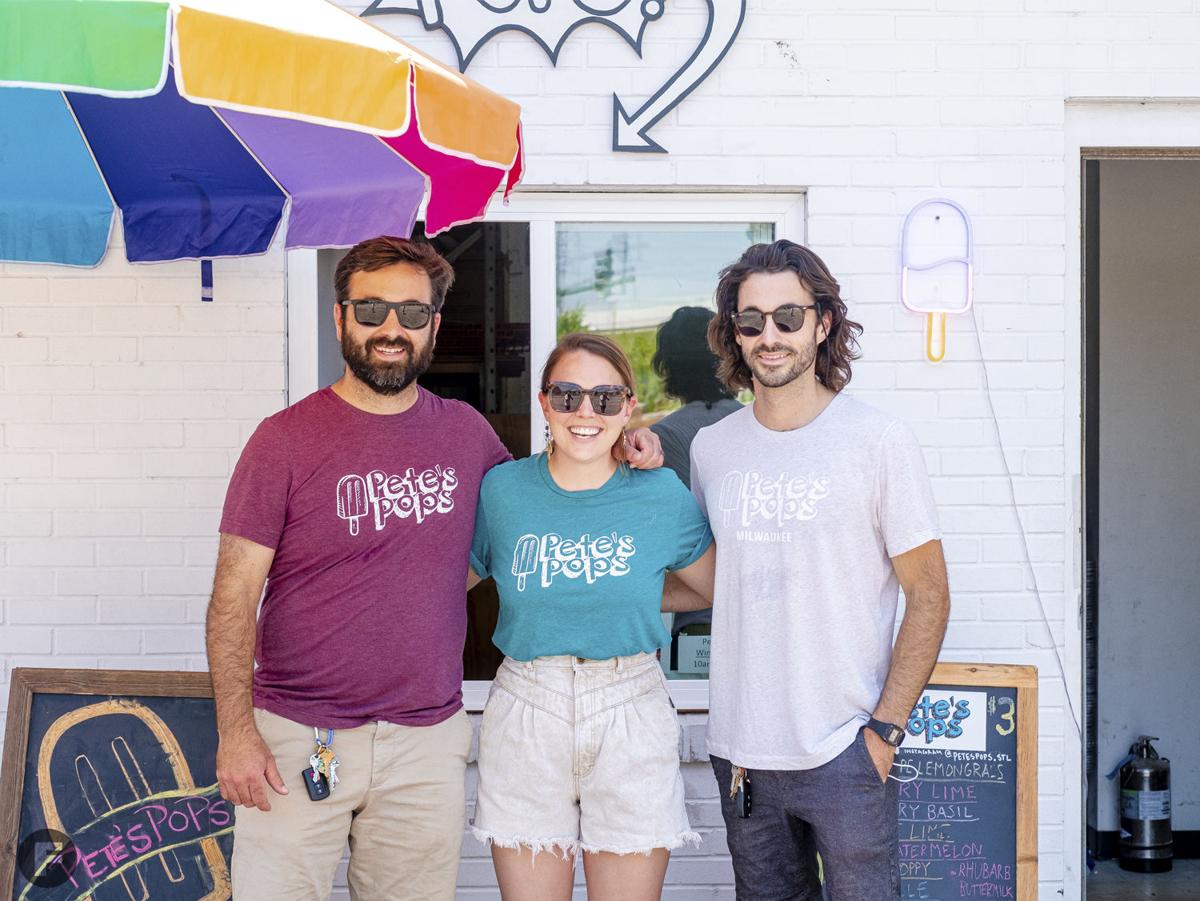 A customer orders from the Pete's Pops window at World's Fair Donuts.

A selection of flavors from Pete's Pops.

The menu at the World's Fair Donuts window changed regularly, but more flavors are available at the Hampton location of Pretzel Boys.

If you take a drive past St. Louis' beloved World's Fair Donuts this summer, you might notice a lone window with a chalkboard sign out front. Even at a distance, though, you can figure out what's on offer – above the window, in a comic book-style bubble, a sign reads, "POPS!"

That's where you'll find Pete's Pops, which specializes in ice pops in creative flavors like gooey butter cake, pear-goat cheese, cantaloupe-lemongrass and rhubarb-buttermilk. Pete's Pops originally started in Milwaukee by founder Pete Cooney, a St. Louis native who went to Marquette University and made Wisconsin his home. Some friends gave Cooney a hard time when he brought his pops to a party and dubbed them Pete's Pops, but Cooney ended up entering a business competition to produce the ice pops under the name. He won $10,000 and was able to create a business out of the idea.

Tim Garvey, a friend of Cooney's, wanted to bring the brand to St. Louis, and, with the partnership of his wife, Jamie, and his brother Matt, Pete's Pops now has a seasonal window, a food truck and pushcarts that roam the neighborhoods of St. Louis.

This isn't the first endeavor for the three Garveys: In 2011, they started Pretzel Boys, and recently decided they wanted to mix up their usual business.

"We were looking for a cold treat to add during the summer," Tim says.

After making a handshake deal with his friend Cooney, Tim helped bring Pete's Pops to St. Louis last summer. All of the pops are made in the kitchen at the Hampton location of Pretzel Boys, so if you can't track down a pushcart or the food truck via Pete's Pops' Instagram, you can always head there to get a taste. And if there is a particular flavor you are seeking out – whether you saw it on Instagram or elsewhere – Tim recommends stopping by the Hampton location, which offers more flavors of Pete's Pops than anywhere else in the city.

And Pete's Pops offers a wide variety of flavors. Instead of the typical cherry, orange and grape you'll find at the grocery store, the company offers flavors that are both out-of-the-box and refreshing. Tim says the best-sellers include mango-Tajin, raspberry-lime, salted watermelon, pear-goat cheese, pineapple-jalapeño and a gooey butter cake pop that is made with blended gooey butter cake donuts from Strange Donuts. During quarantine, the Garveys also teamed up with Strange Donuts to delivery sweet and salty packs around St. Louis that featured donuts, pretzels from Pretzel Boys and, of course, pops.

Given that ice pops aren't too popular in the winter, Tim says the team plans to keep the World's Fair window open May through September, with ice pops generally available from spring through fall. When the seasons change, expect to see some autumnal flavors added to the lineup.