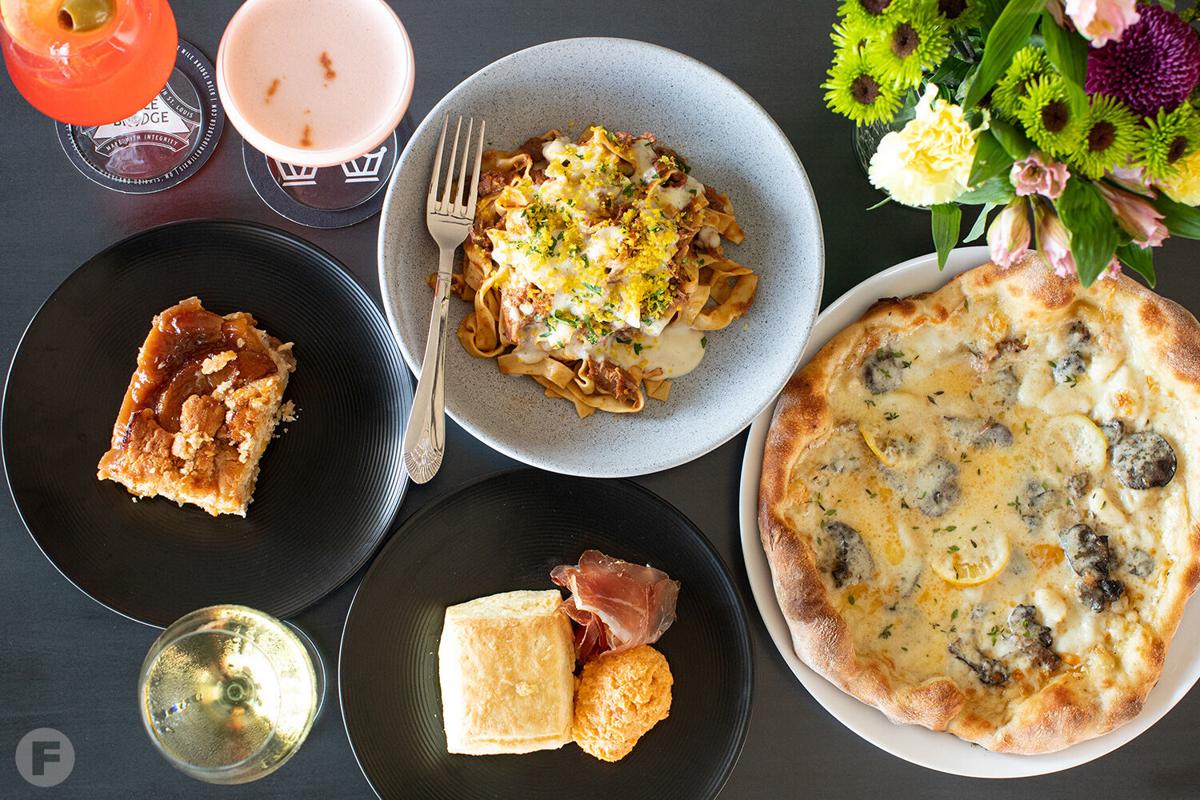 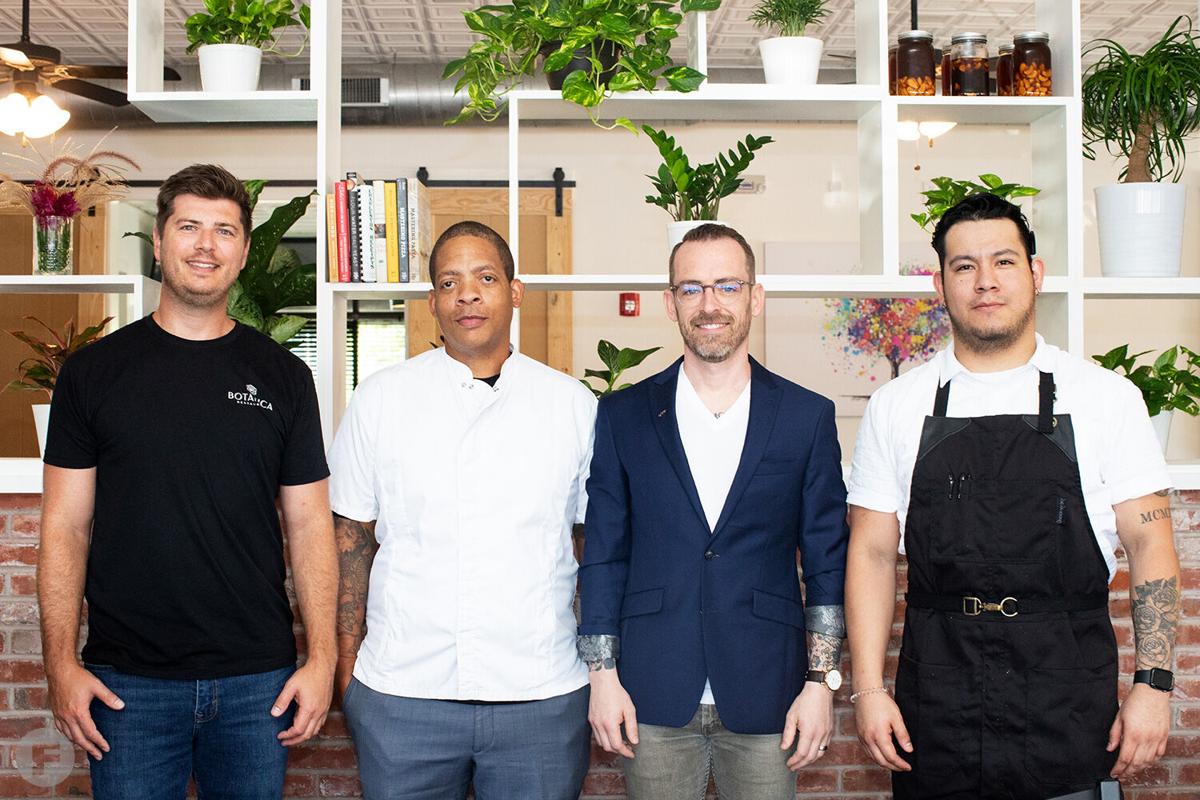 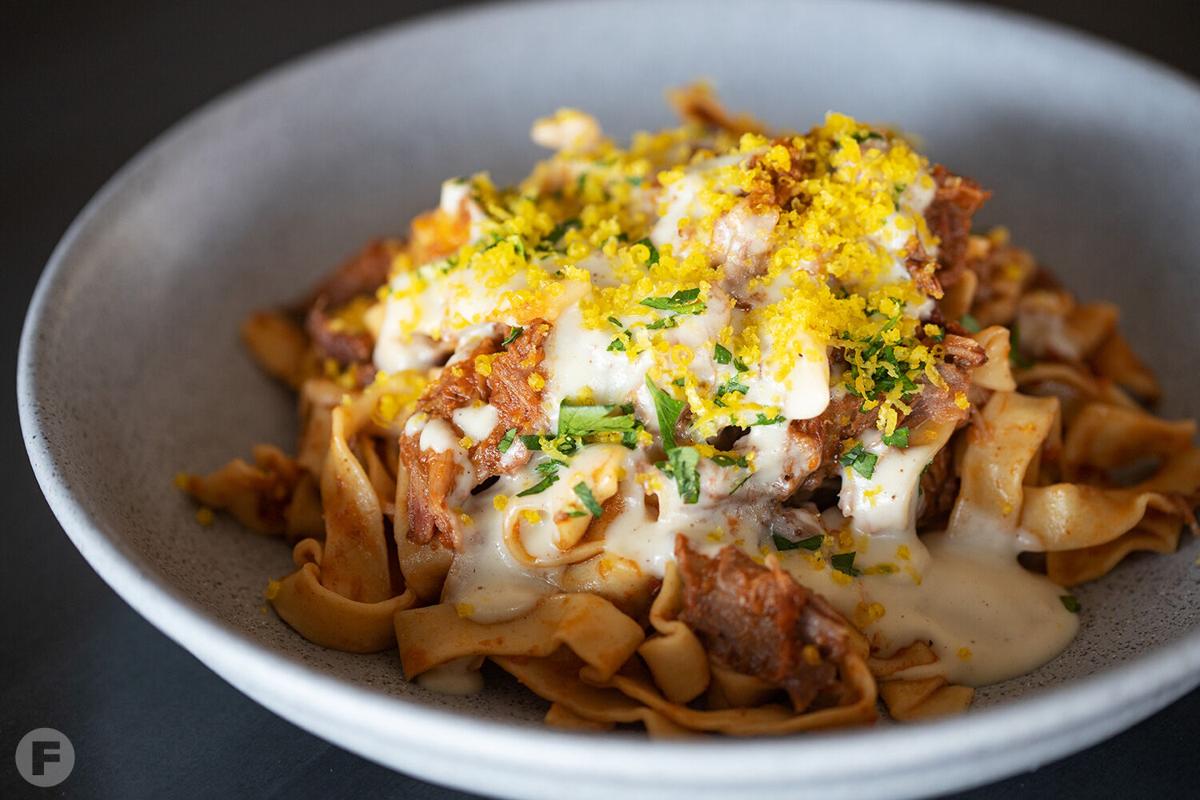 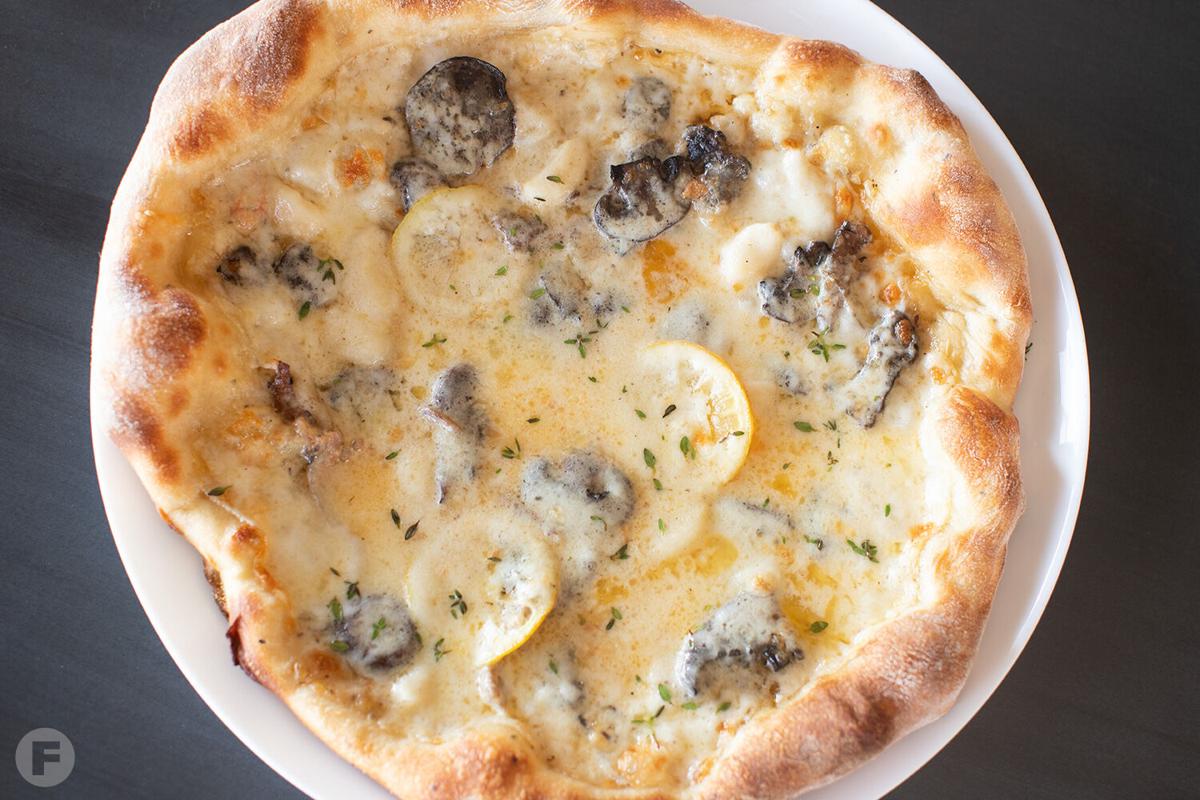 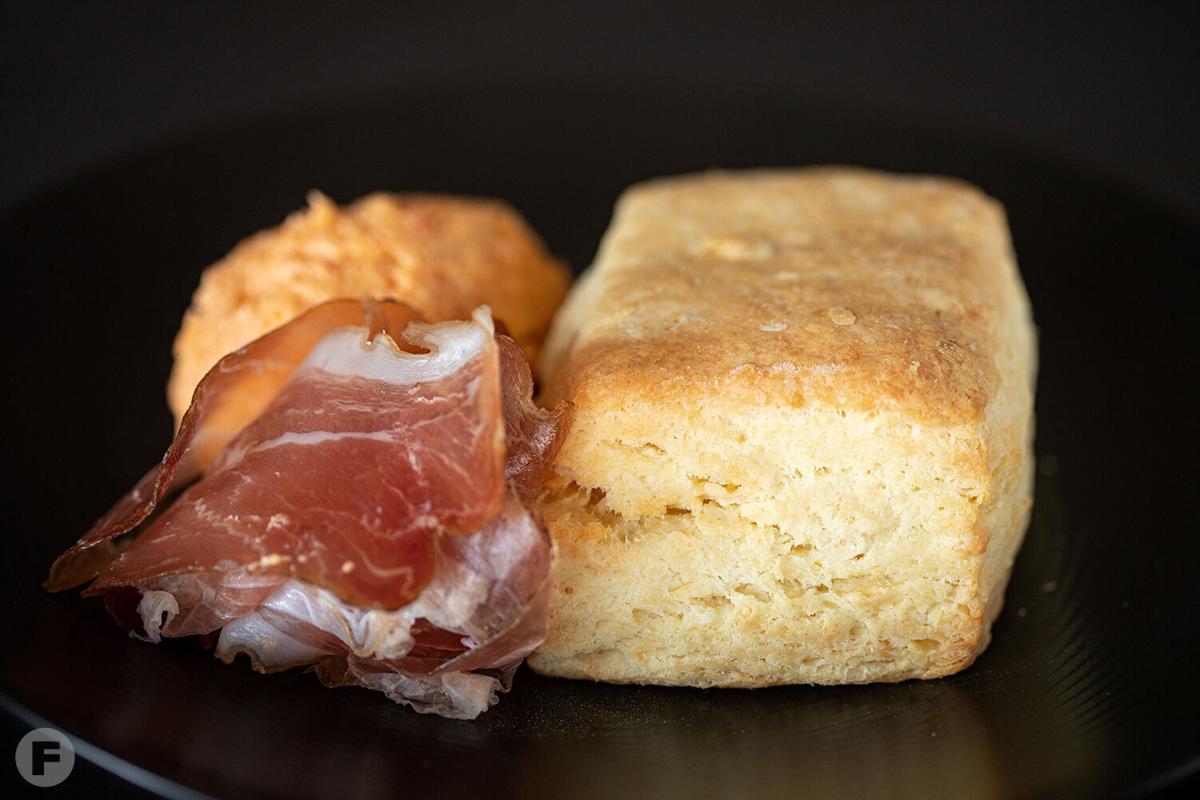 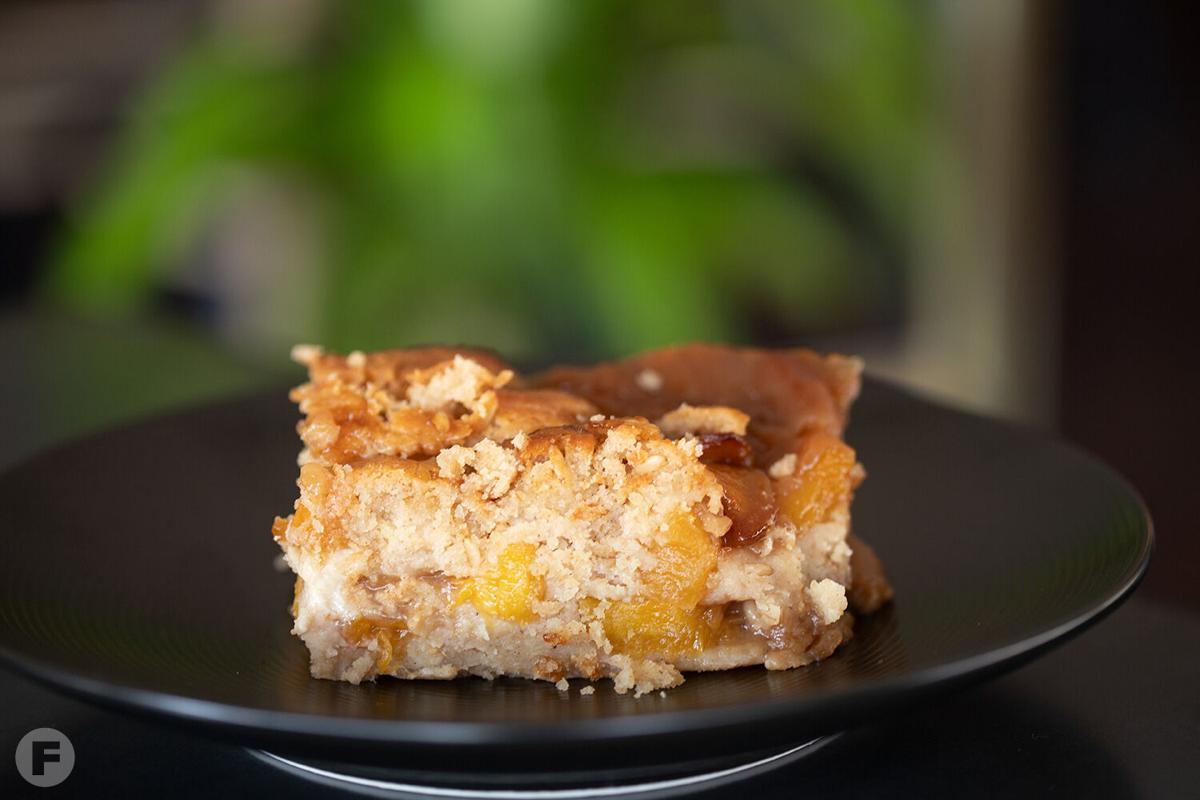 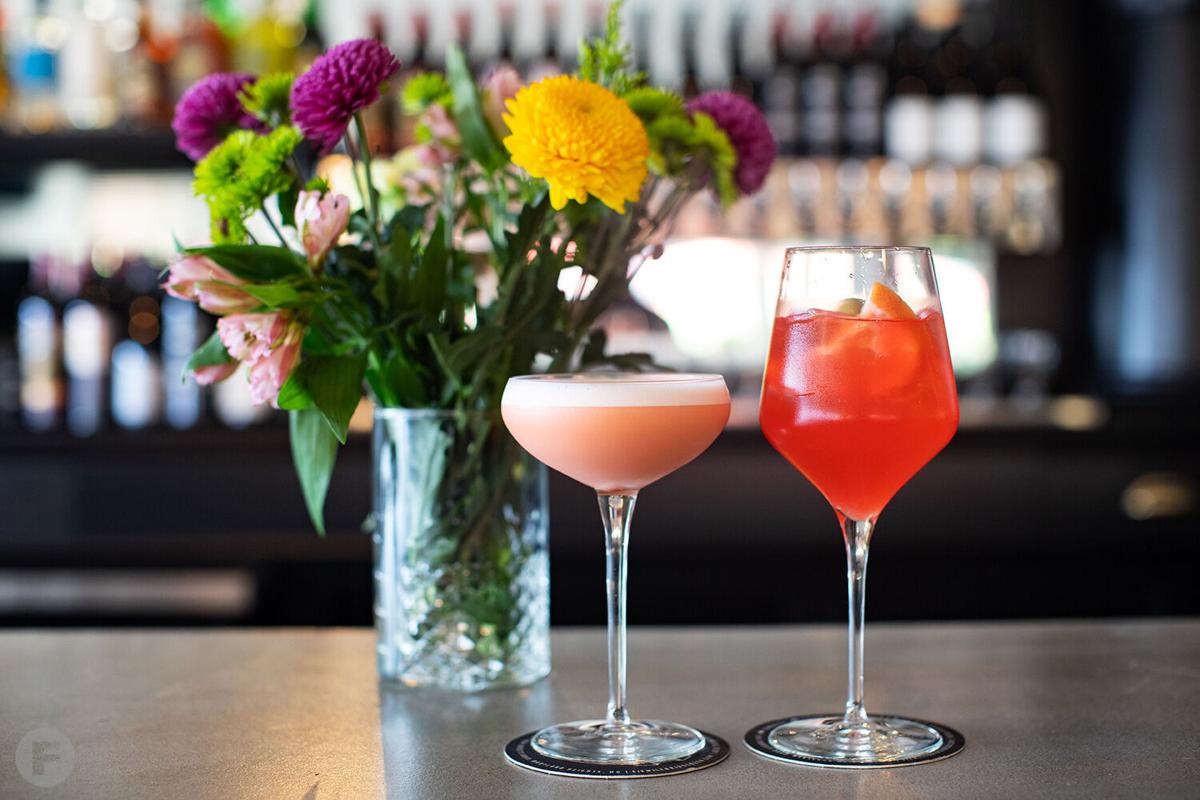 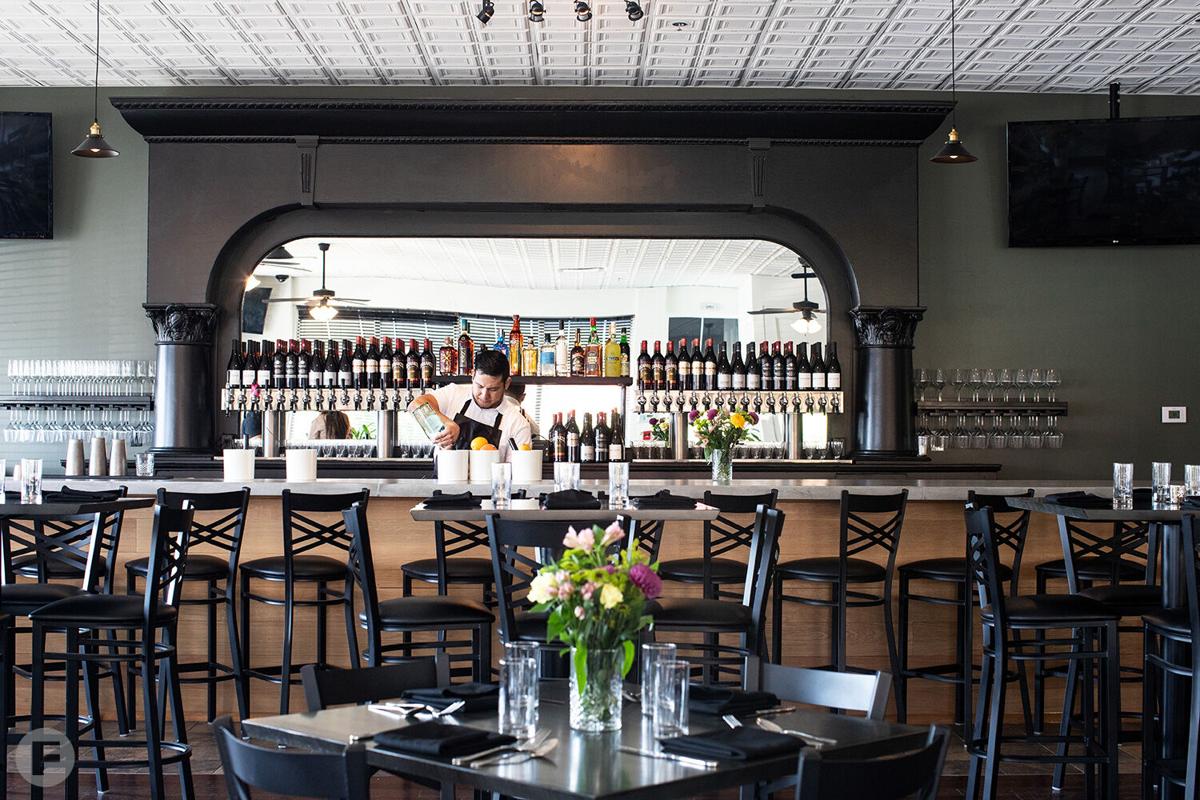 Chris Figueroa behind the bar. 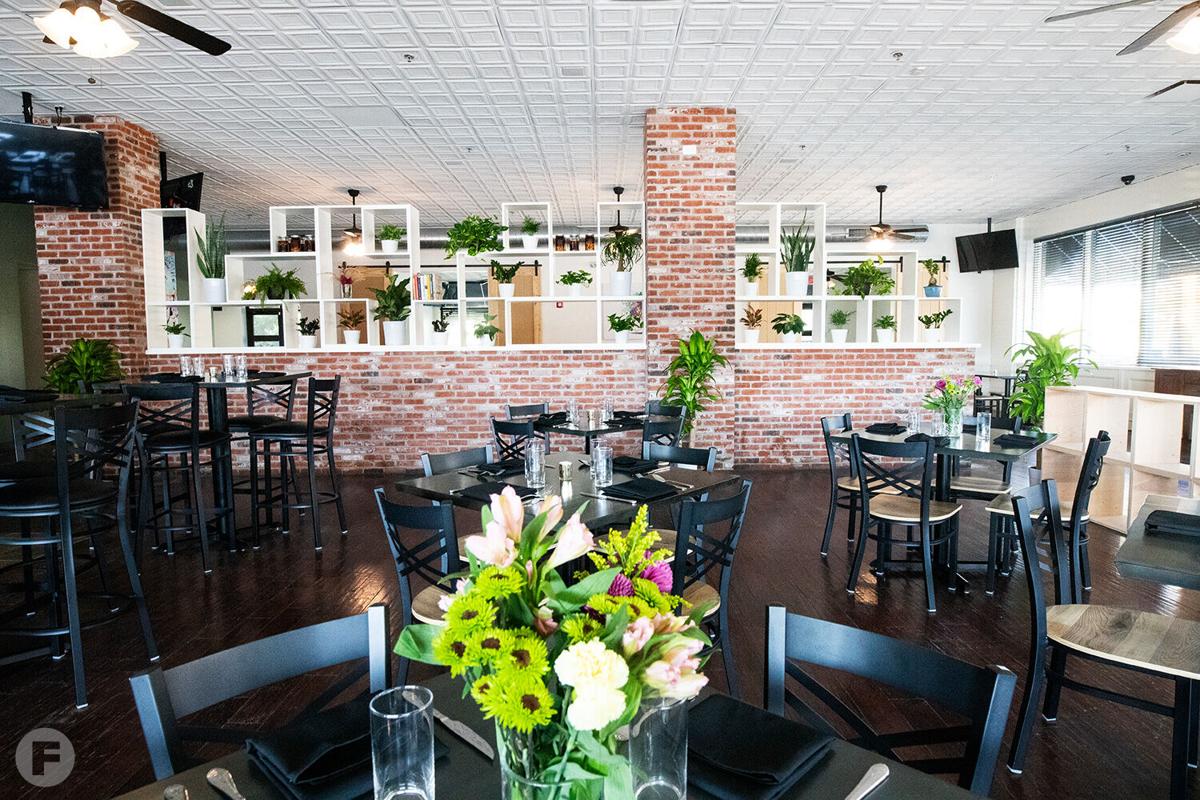 Greenery is featured throughout the space. 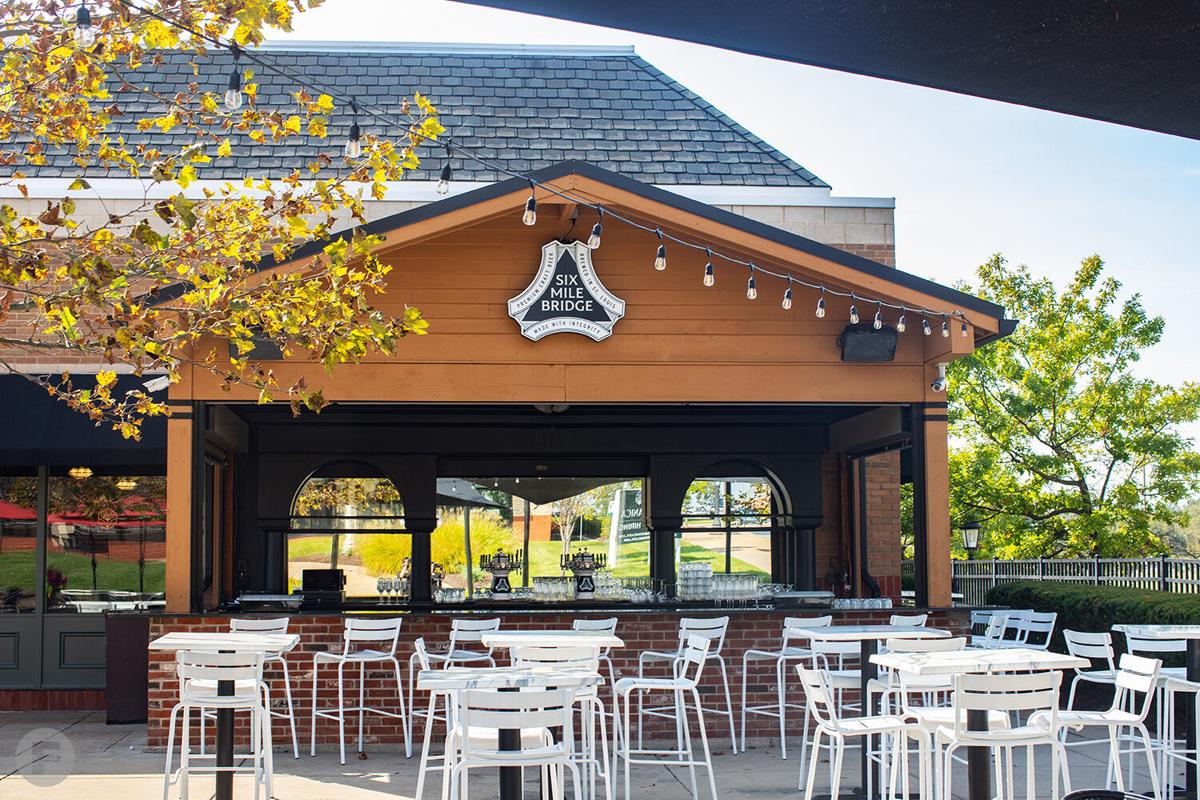 The expansive patio has its own bar. 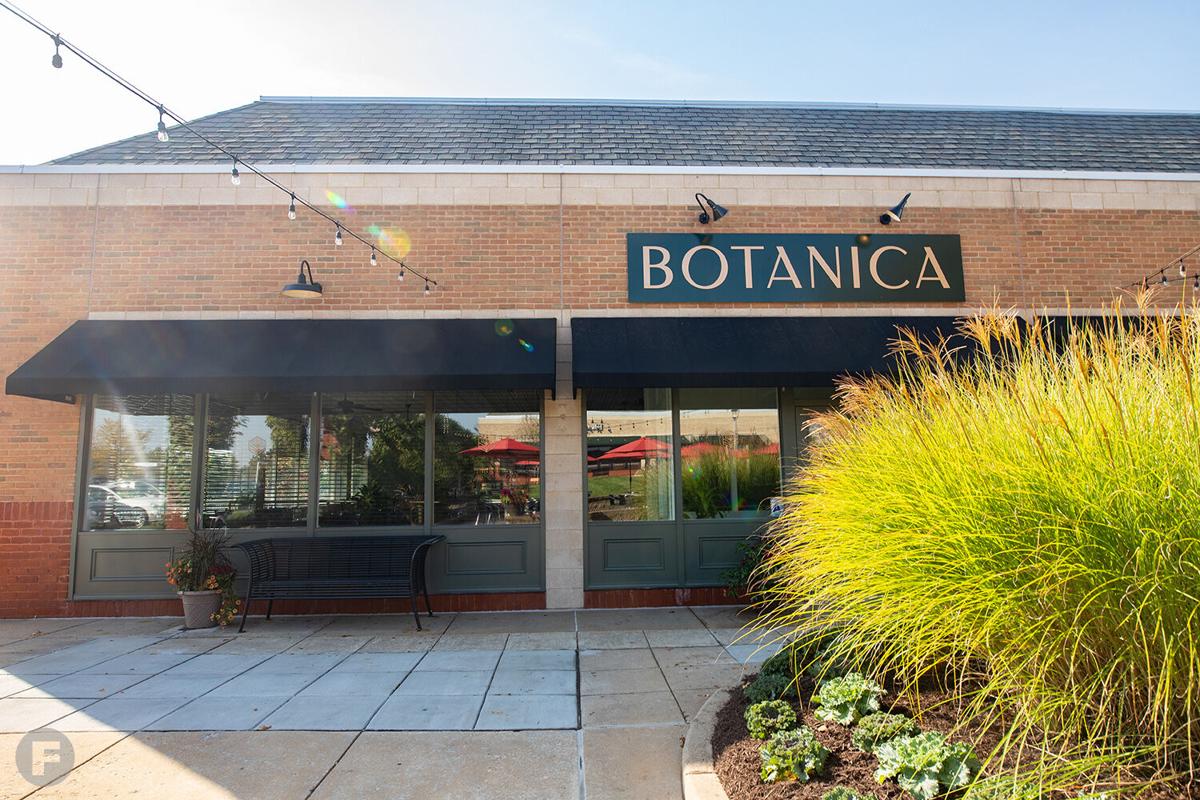 Botanica opens in Wildwood on Oct. 2.

As reported by Feast in August, Botanica features a blend of new Italian and Southern American cuisine, utilizing ingredients such as fermented garlic honey, pecans and sweet potatoes across a menu of small plates, pastas, entrees and Roman-style pizza. The concept fills the space previously occupied by Sllyce Republic Pizza from the team behind Llywelyn’s Pub.

The 13,000-square-foot restaurant, which features two event spaces, seats 130 guests in the main dining area plus another 16 at a 40-foot-long concrete bar wrapped in white oak. A dog-friendly patio and outdoor bar can seat another 130. The modern interior features a clean design embellished with plants throughout the space.

“Wildwood is very nature-oriented with a lot of beautiful state parks, and with Botanica, I wanted to bring that feeling inside in a modern and chic way,” Sherring says. “The patio also really drew me to this place. We’re all about bringing people together and creating new spaces for them to gather and build good relationships.”

“Basically, I’m trying to showcase my experience with Italian cuisine while slowly introducing my southern food to St. Louis,” Welch says. “Eventually, I want to do Lucy Quinn – a soul food concept that’s named after my maternal grandmother that reflects my Black food experiences going to school in Charleston, working in New Orleans, and growing up with a family from Mississippi eating what my grandmothers fed me.”

Welch’s catfish entrée exemplifies the best of both worlds on one plate, featuring fried catfish with eggplant Parmesan and a spicy tartar sauce. He and Sherring spent months perfecting the recipe for their Roman-style pizza; it gets its tender yet crisp texture from 48 hours of cold fermentation, which they describe as “New York-style pizza meets Neapolitan.” Choose from options such as Margherita, pepperoni or mushroom, which features wild mushroom conserva, fontina, béchamel, roasted garlic, lemon, thyme and taleggio.

Pasta options include gnocchi with artichoke, lemon, roasted cauliflower, garlic, cream and frico breadcrumbs, as well as tagliatelle with lamb shoulder ragù, nduja, gremolata, béchamel and cured yolk. For dessert, choose from options such as chocolate-hazelnut budino and peach cobbler. A brunch menu will tentatively launch this fall, featuring dishes such as sweet potato pancakes, orange-cinnamon rolls and more.

Beverage manager Chris Figueroa – formerly of Salt + Smoke – developed the set of offerings behind the bar. Choose from rotating wine pairings, Six Mile Bridge beers on draft or cocktails such as the Negroni Flip, made with Plymouth Gin, Tribuno Sweet Vermouth, 1220 Flora Aperitivo, simple syrup and a whole egg.

A massive new Narwhal's Crafted and Loaded: Elevated Nachos is coming to The Grove

The new build will feature about 7500 square feet of space to eat and drink.

The new building will serve as a place for both growing mushrooms and customer pickup.

September saw relocations, one closure and a few fun new concepts in the city and beyond.

With new owners at the helm, The Fountain on Locust enters a new chapter in St. Louis

The popular restaurant has new owners, Danni and Marcus Eickenhorst, and a event space to boot.

Chris Figueroa behind the bar.

Greenery is featured throughout the space.

The expansive patio has its own bar.

Botanica opens in Wildwood on Oct. 2.