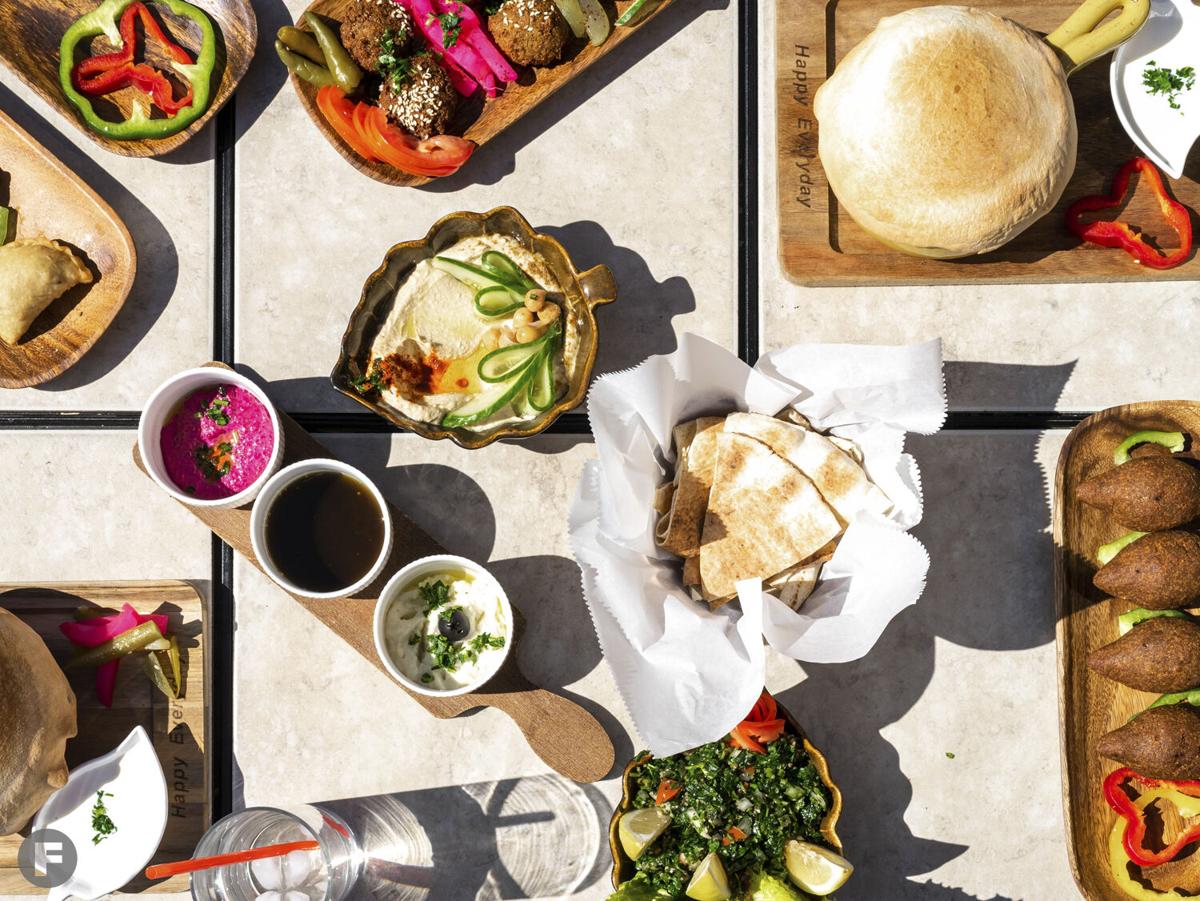 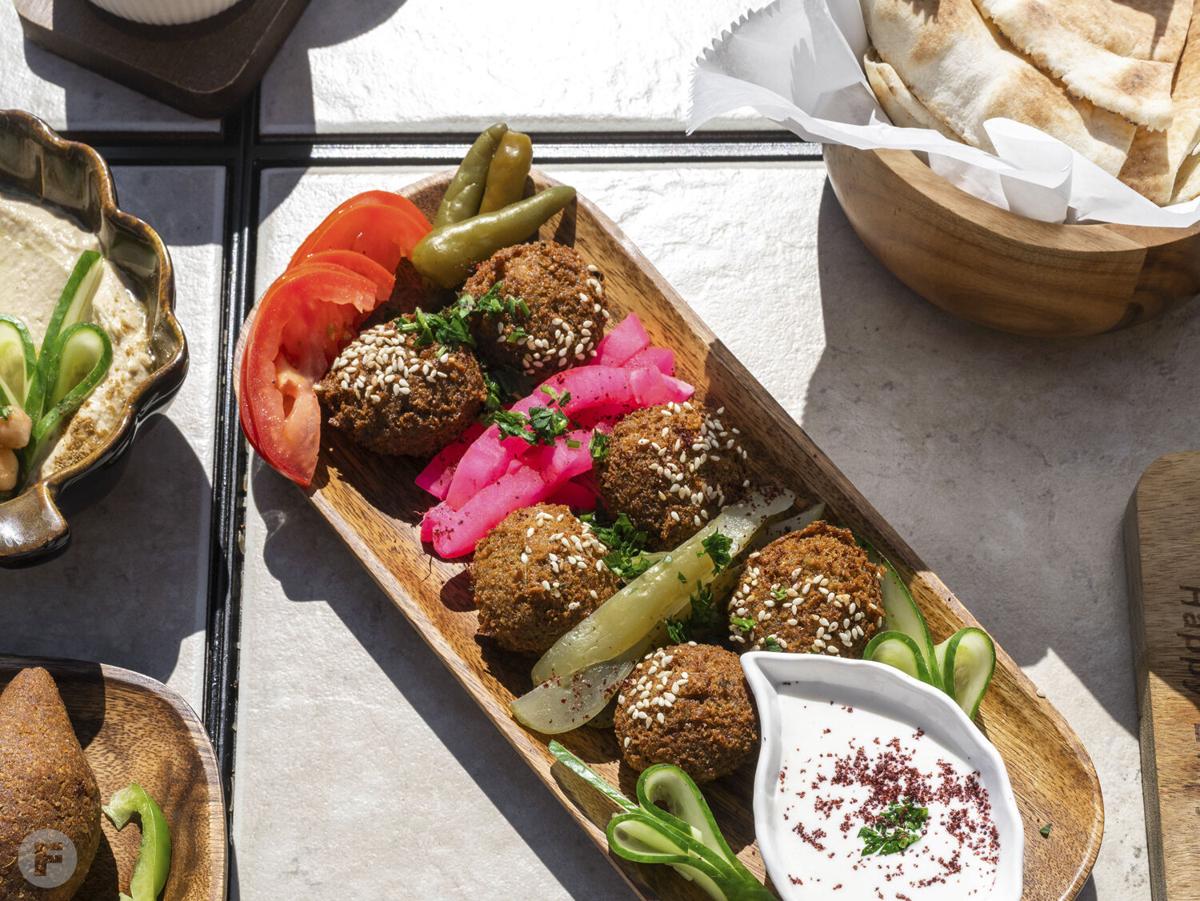 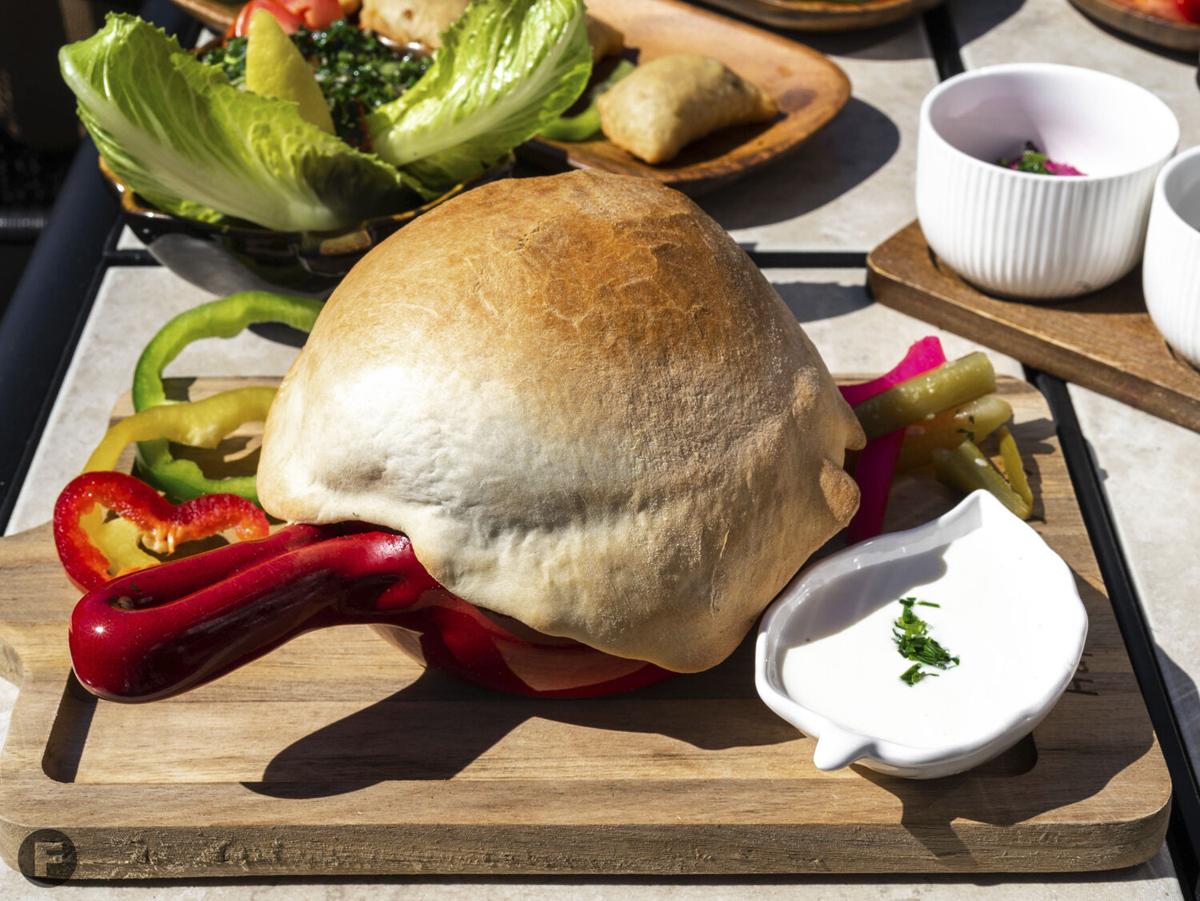 Shish Tawook Rozanna features cubed chicken, potatoes and mushrooms baked in a savory sauce underneath a layer of dough. 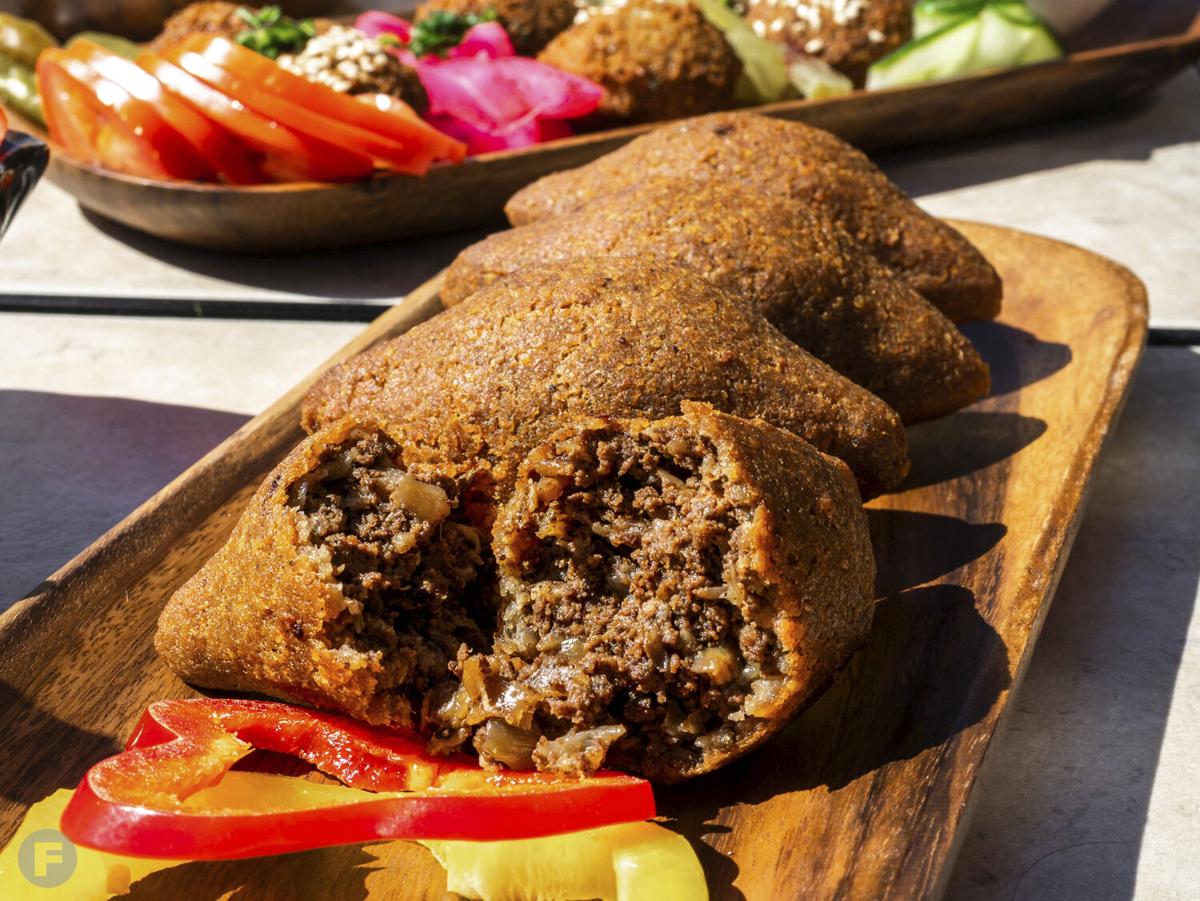 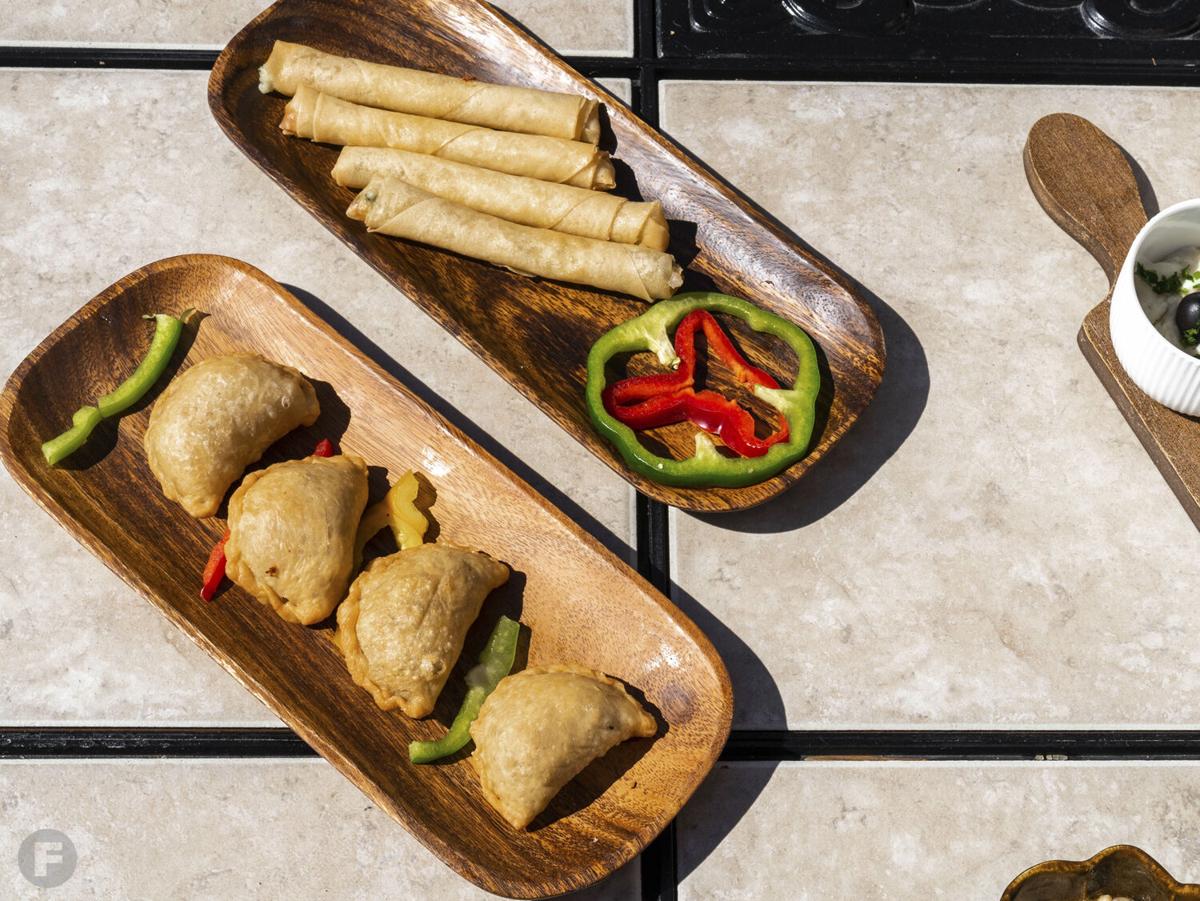 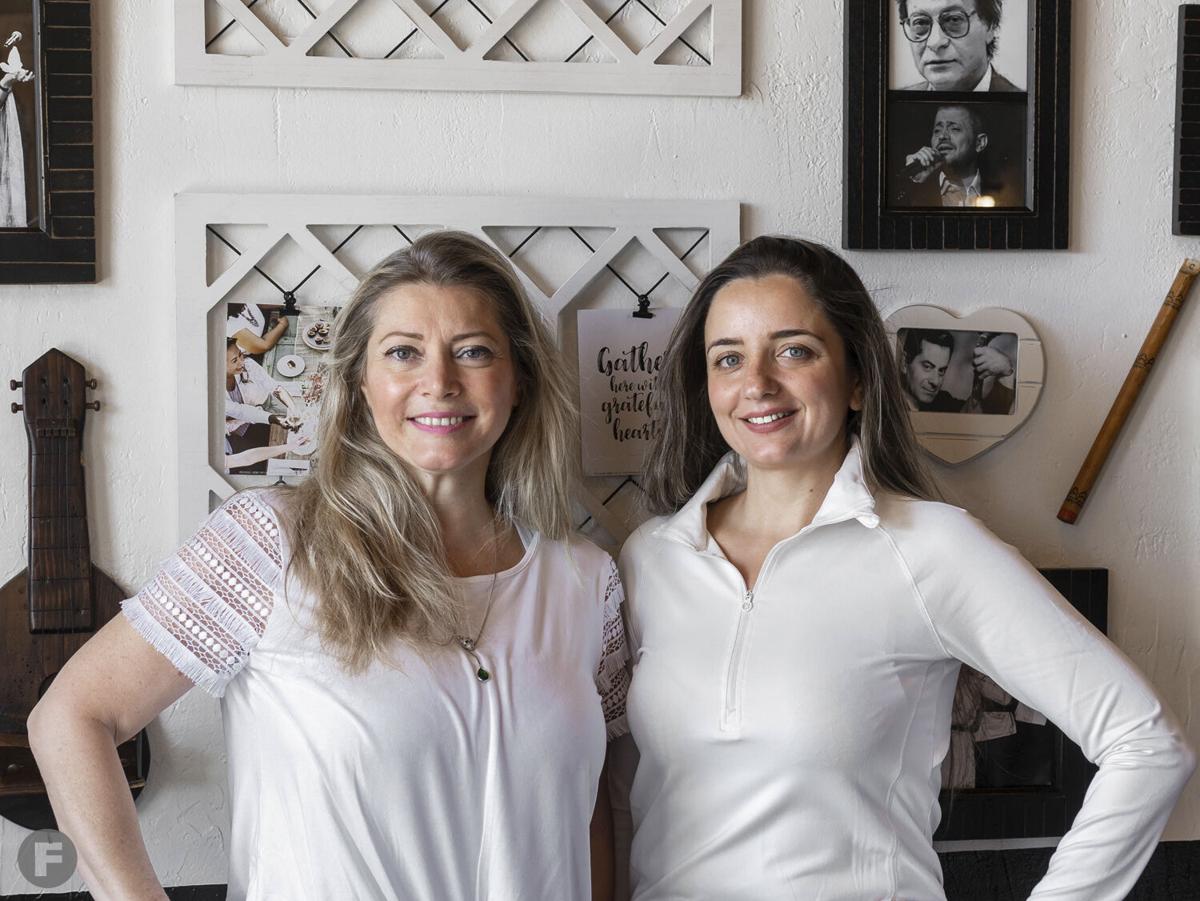 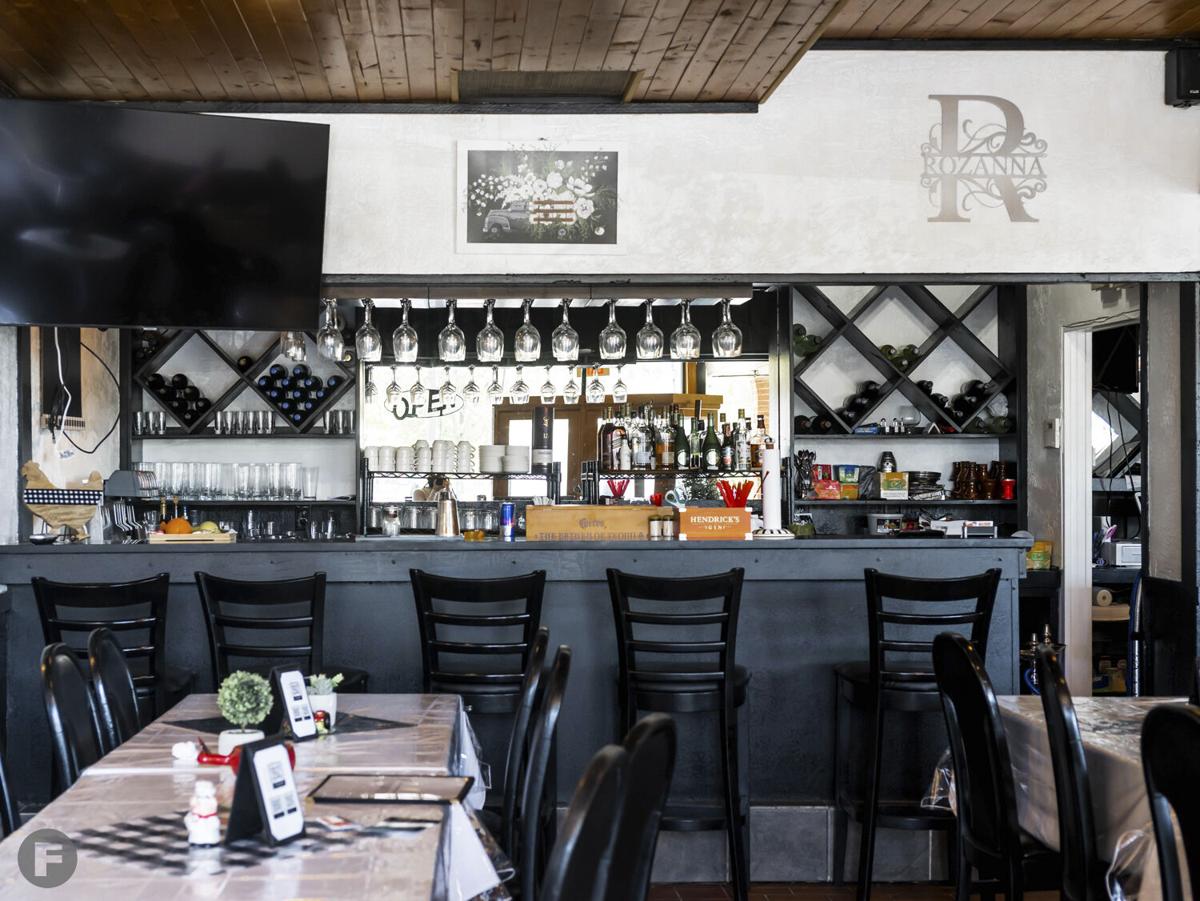 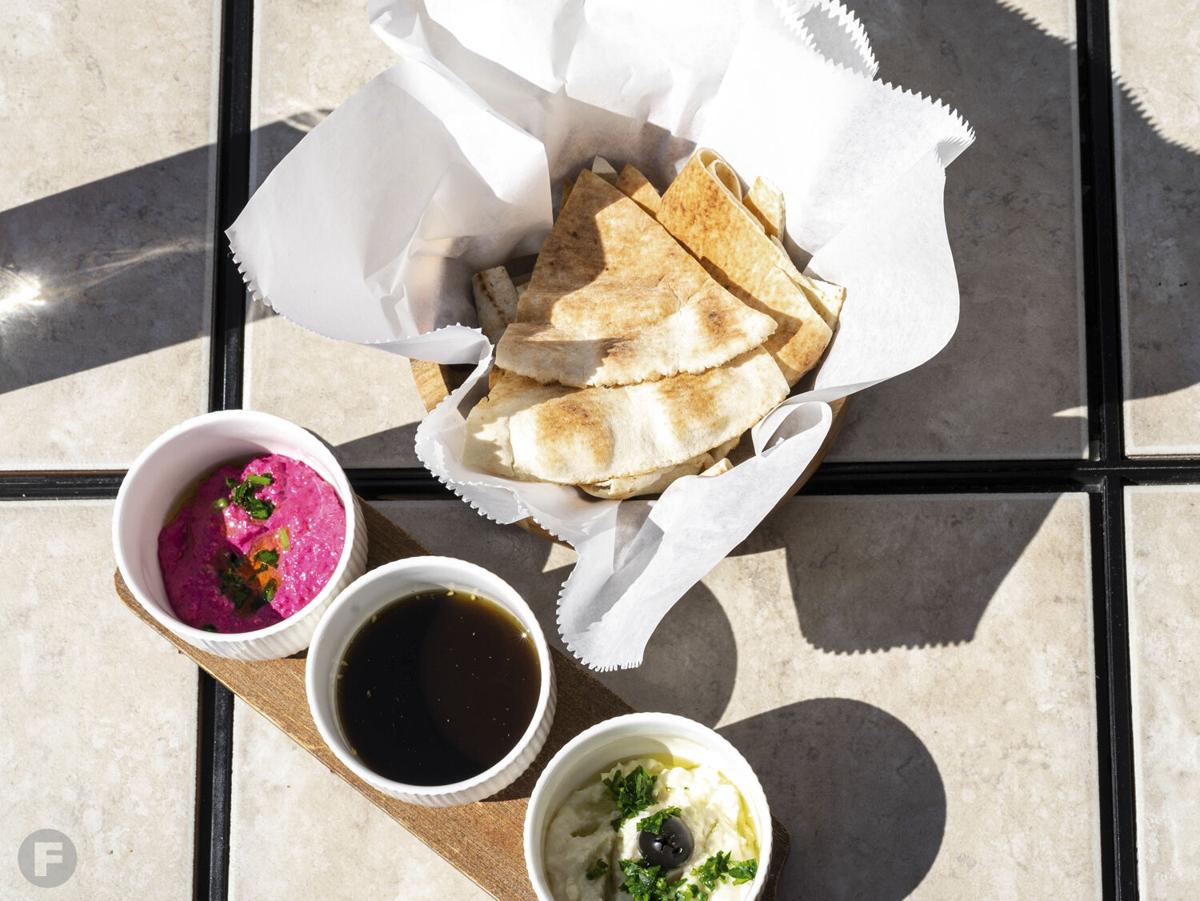 All diners are greeted with a complimentary order of bread served with garlic mashed potato dip, a beet-tahini dip and olive oil topped with za'atar seasoning. 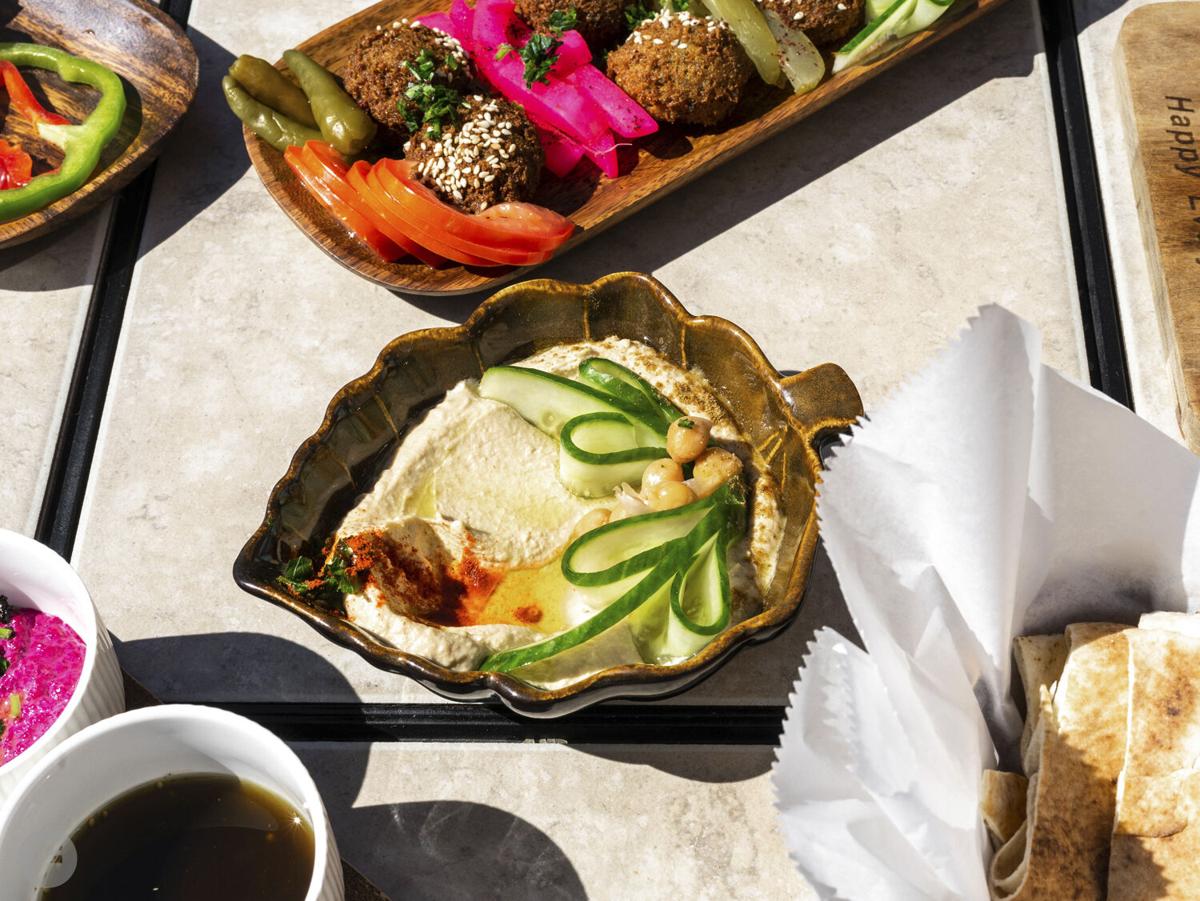 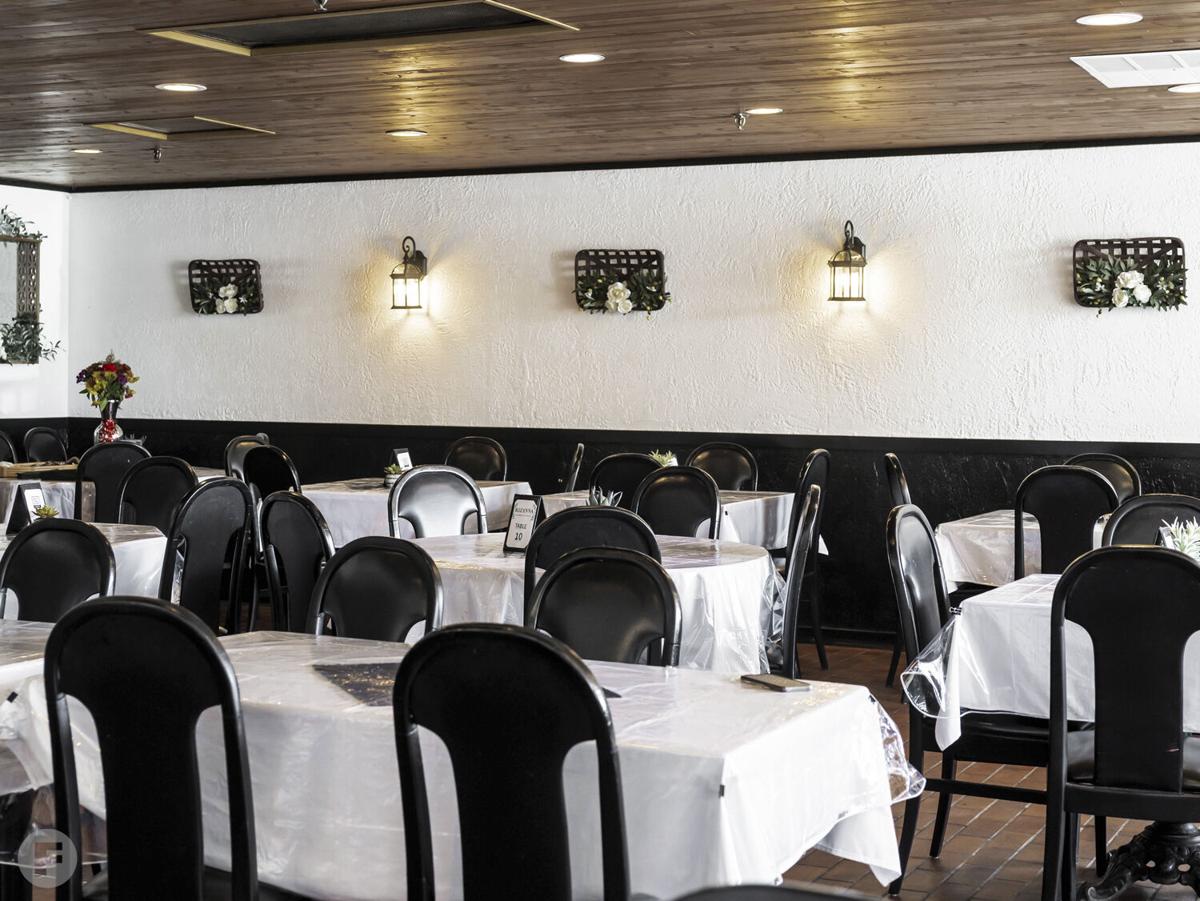 Limited seating is available inside the restaurant. 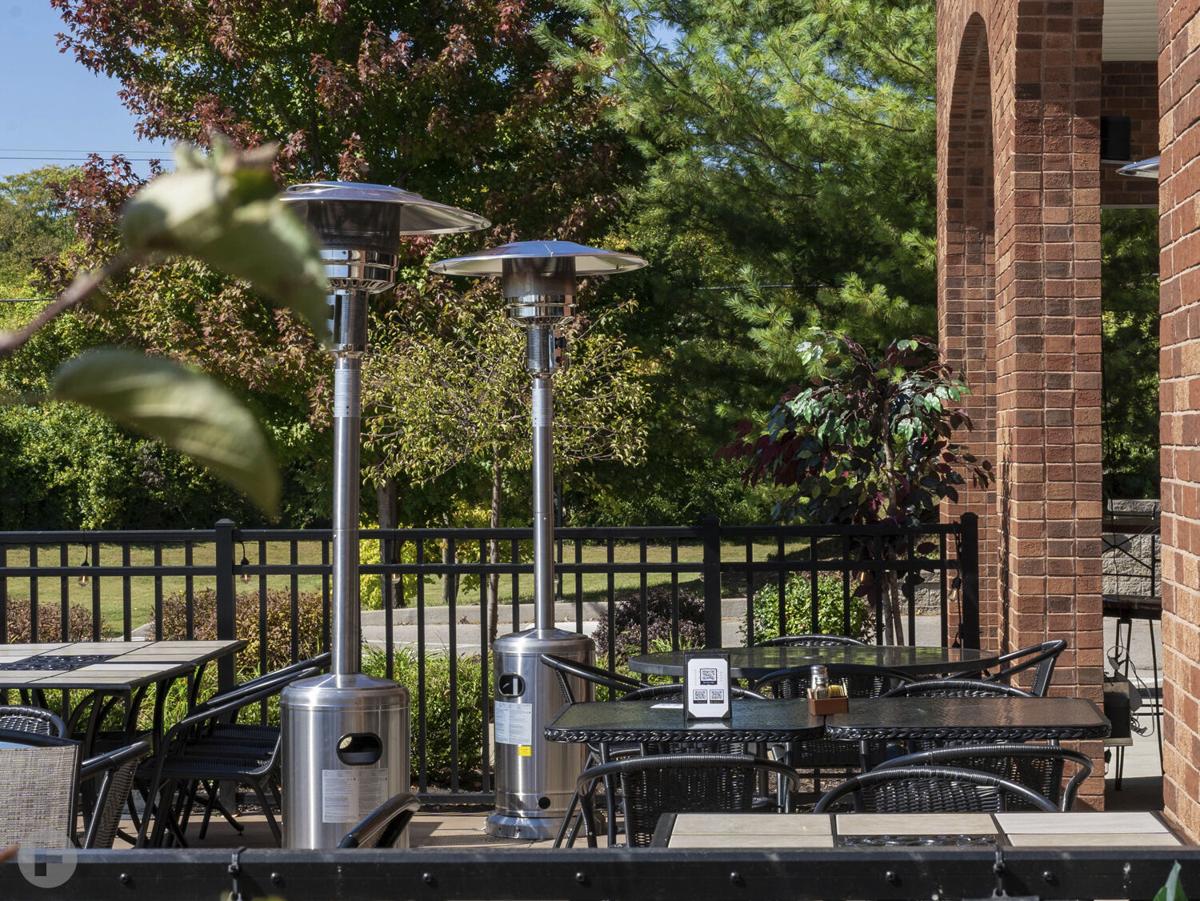 Seating is available on a patio in front of the restaurant.

Shish Tawook Rozanna features cubed chicken, potatoes and mushrooms baked in a savory sauce underneath a layer of dough.

All diners are greeted with a complimentary order of bread served with garlic mashed potato dip, a beet-tahini dip and olive oil topped with za'atar seasoning.

Limited seating is available inside the restaurant.

Seating is available on a patio in front of the restaurant.

For as long as they can remember, Ilham Abdulnour Bitar and Zeina Bittar have dreamed of opening a restaurant.

The Syria natives are longtime family friends who share, among many other things, a passion for cooking. Ilham, who has been cooking for at least 30 years, would frequently cook for large crowds of friends and family at her home, and many would tell her to open a restaurant so they could have a place to find their favorite Middle Eastern dishes whenever they wanted. The pair themselves would frequently travel to Chicago and Detroit to seek out Arabic and Mediterranean restaurants; after a while, they figured – why not bring one of their own to St. Louis?

In mid-September, they brought their dream to life with the opening of Rozanna Mediterranean Restaurant in the Lafayette Center strip just off Manchester Road. They had originally started looking for a space about a year ago; naturally, their plans were delayed when COVID-19 hit the area earlier this spring. "It wasn't easy, but we believed," Zeina says. "We have a community; everybody was waiting for us to open."

And when Rozanna did open, that community showed up. Ilham and Zeina says they never expected to be this busy; during the weekends, it's common for the restaurant to sell out of food. In addition to limited dine-in service – including seating for 40 on an outdoor patio – Rozanna now offers online ordering for carryout.

Rozanna serves a wide range of Middle Eastern and Mediterranean fare, including classic Syrian and Lebanese dishes like fattoush, tabbouleh, kibbeh and shawarma.

Upon arrival, all diners are greeted with a bread appetizer on the house. Fresh pita bread is served with a trio of dips: garlic mashed potato, a beet-tahini dip and a pool of olive oil topped with za'atar seasoning.

During lunch hours, you'll find a tight menu of sandwiches, wraps and salads, including chicken and beef shawarma, a falafel sandwich and the popular sujuk sandwich with its namesake spicy Middle Eastern sausage.

Diners can then move on to one of the sandwiches from the lunch menu or something heartier like stuffed cabbage rolls, a beef shawarma plate served with fries or rice, sayadieh (a tilapia filet with shrimp and rice) or the popular lamb shank.

To get a true sense of Rozanna, though, make sure to order the Shish Tawook Rozanna, which Ilham and Zeina consider the restaurant's signature dish. While shish tawook typically refers to grilled chicken skewers, Rozanna's take on the classic dish resembles more of a pot pie, with cubed chicken, potatoes and mushrooms baked in a savory sauce underneath a layer of dough.

Above all, Ilham and Zeina want customers to know that the food at Rozanna is fresh, homemade food served in an environment that will make every guest feel like family.

Rozanna Mediterranean Restaurant is open every day but Wednesday from 11am to 9pm.