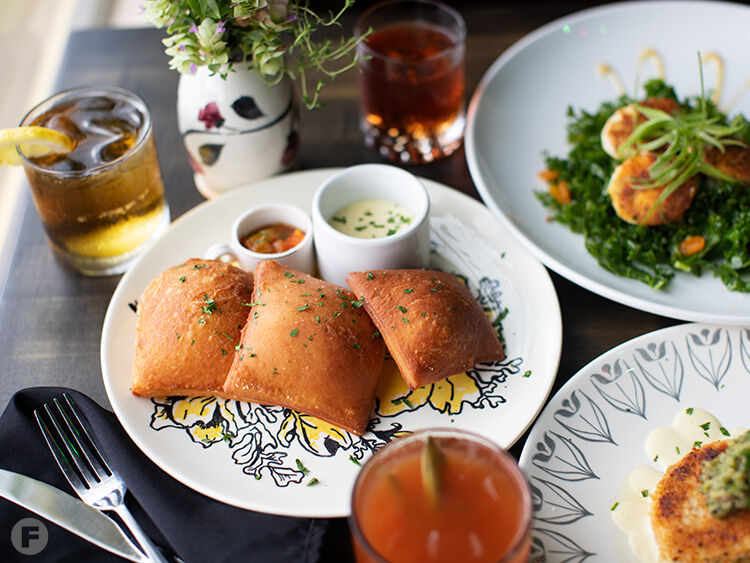 A selection of items from Chatawa and Grand Pied: cocktails, garlic beignets, crispy egg and kale salad, and ham and potato croquettes. 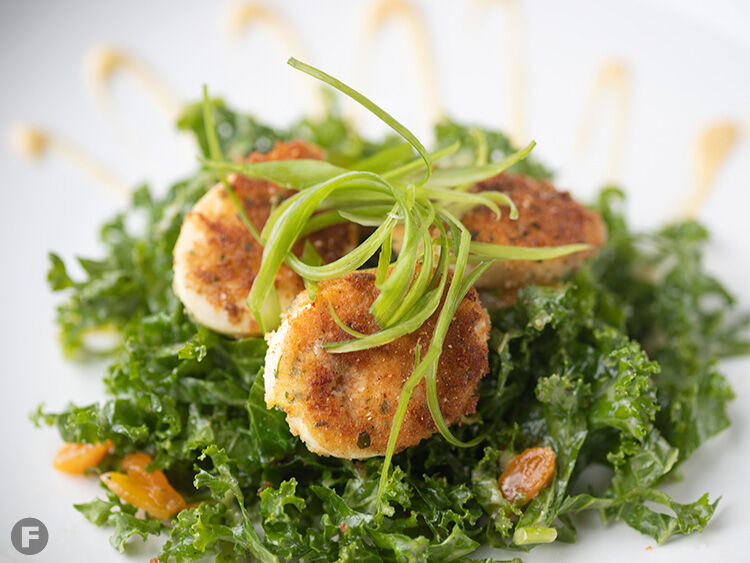 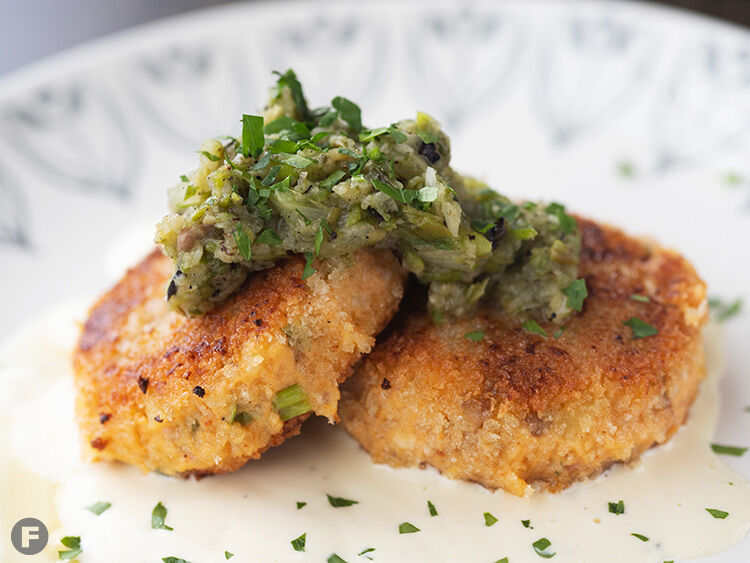 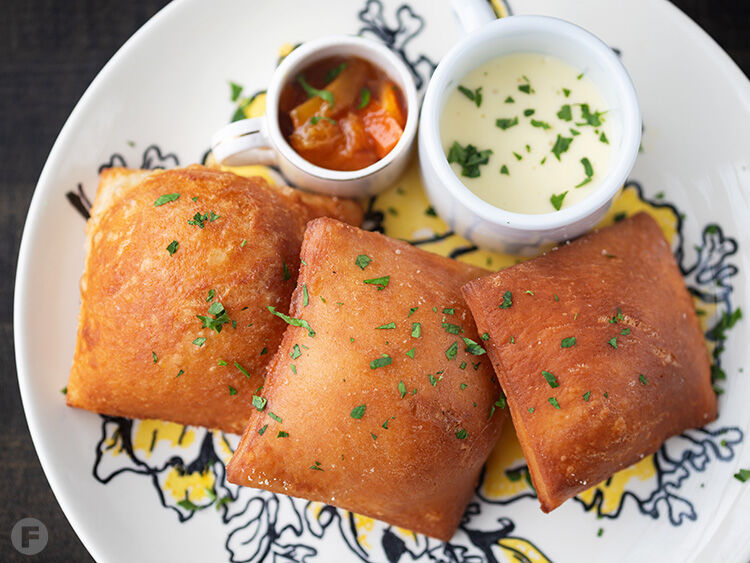 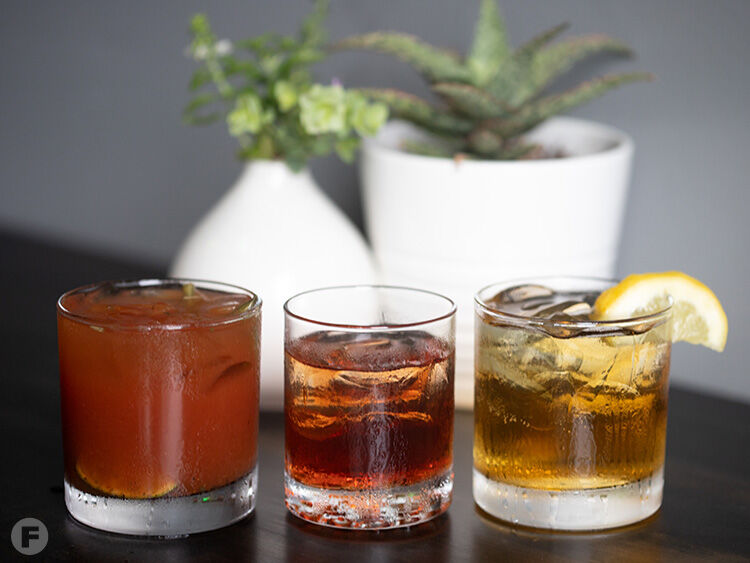 A selection of cocktails from Chatawa, including the Red Snapper – a gin bloody mary. 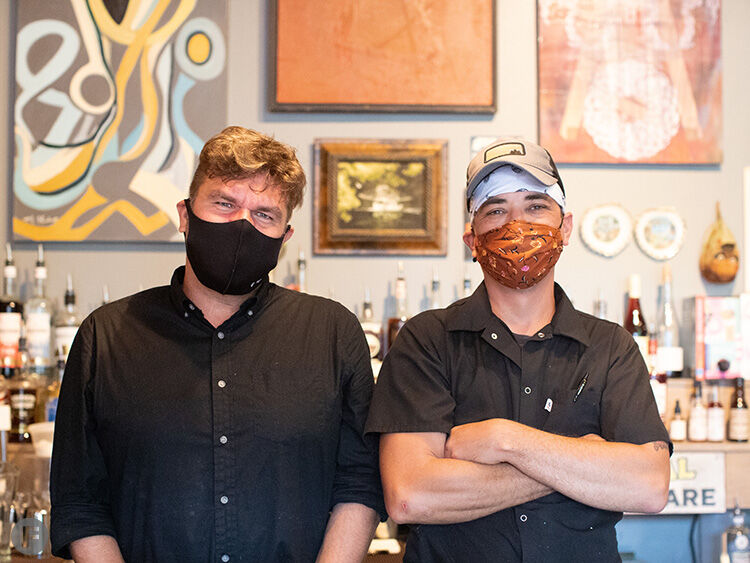 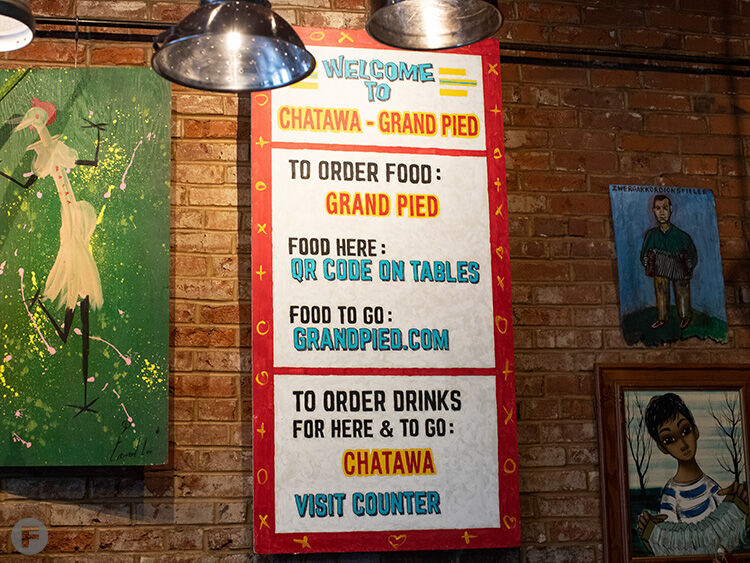 The two businesses run side-by-side in one space. 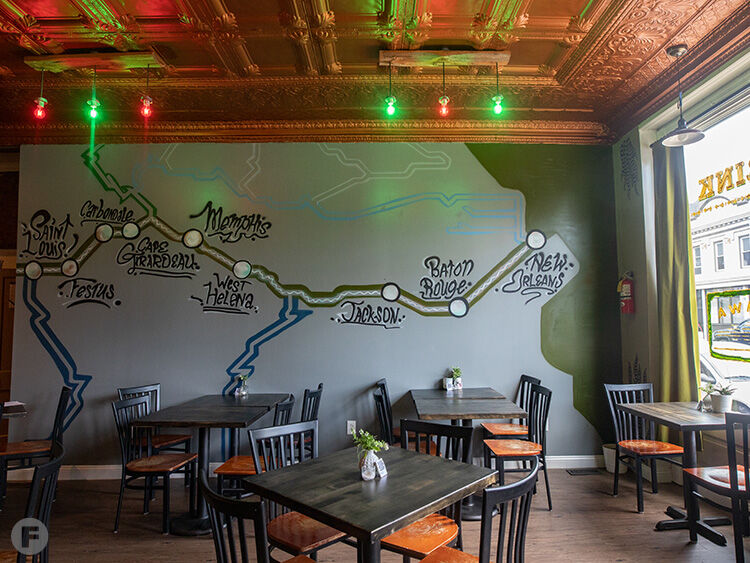 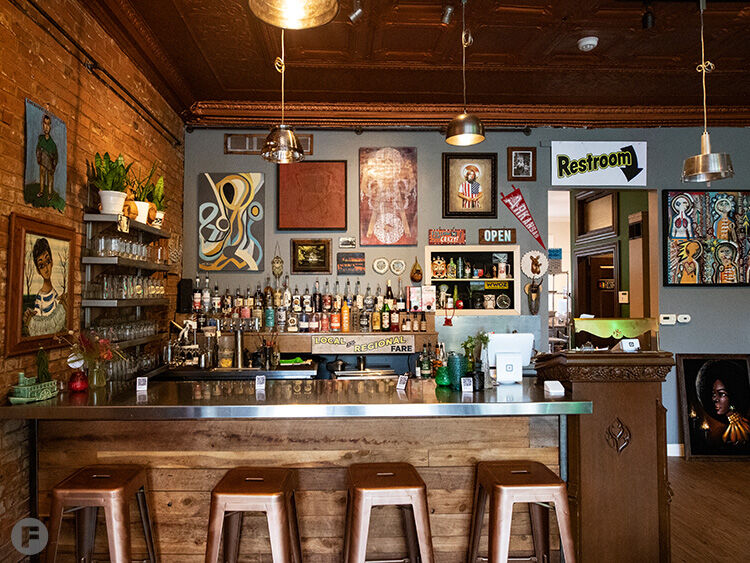 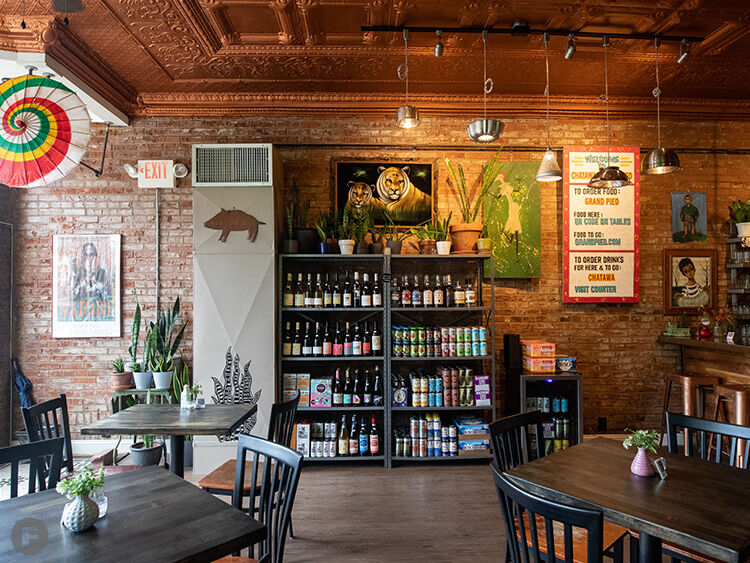 The room's features include exposed brick walls and tin ceilings. 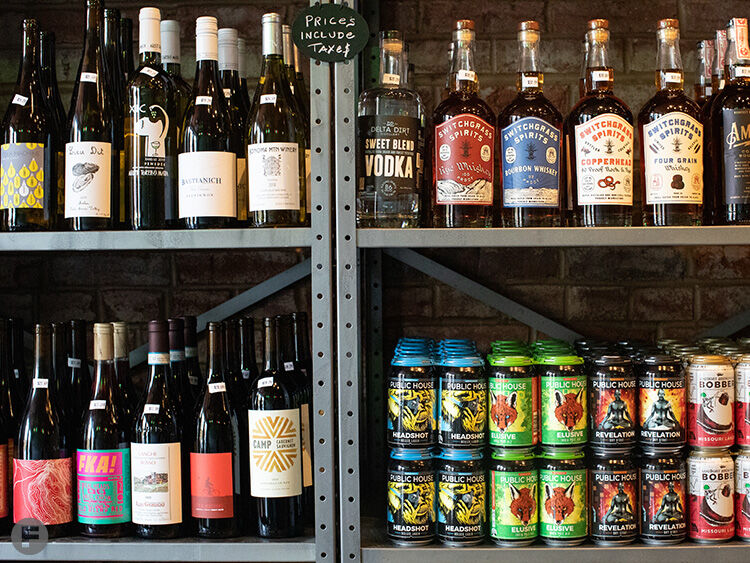 Curated beverages from the region are available by the bottle or can to-go. 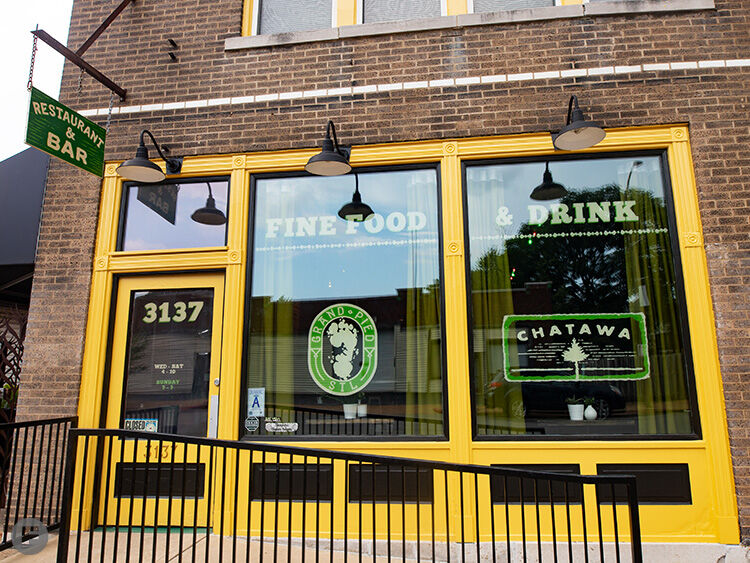 Thomas Crone – previously a co-owner of Tick Tock Tavern – owns Chatawa and curates its drink offerings, while chef Tony Collida owns Grand Pied and manages the onsite kitchen service. Collida’s industry experience stretches back more than 20 years, including a stint as kitchen manager at Civil Life Brewing Co. and helping out with his family’s longtime business, The Piccadilly At Manhattan.

The two-pronged concept fills the space previously occupied by Seed Sprout Spoon, with seats for around 25 guests inside and 30 more on a patio. A mural of the region by local artist Stan Chisholm adorns one wall of the dining area, while Crone’s eclectic art collection enlivens the rest of the room between exposed brick walls and a tin ceiling.

“I like to refer to it as ‘southside chic,’” Collida says. “We hope people feel welcome and comfortable here, and we hope it feels like we’re part of the neighborhood.”

According to Crone, Chatawa was inspired by many trips to and from New Orleans over the years and is named after a tiny town in southern Mississippi, just off of Interstate 55. His beverage buying policy will reflect this southward gaze, featuring spirits and beers from the Mississippi Valley and the Mid-South region. While researching names for the corresponding food side of the business, Collida happened across a story about a Bigfoot sighting in Chatawa and landed on Grand Pied – “big foot” in French.

To order food from Grand Pied, guests can simply scan the QR codes available on each table to peruse the menu for the day, order and pay. To order drinks from Chatawa, visit the counter to have a drink made to enjoy onsite or to purchase canned and bottled options to-go.

Collida’s Midwestern and Southern-inflected menu changes regularly based on seasonality, but expect to see recurring staples such as sweet and savory beignets. The deep-fried dough pockets are inspired by his time in the kitchen at the now-shuttered New Orleans eatery Cafe Ventana and are currently available “St. Louis style” with caramel and powdered sugar or served in a garlicky preparation with Prairie Breeze queso and citrus marmalade.

Chatawa and Grand Pied are open Wednesday through Saturday from 4 to 10pm and Sunday from 9am to 3pm.

A selection of items from Chatawa and Grand Pied: cocktails, garlic beignets, crispy egg and kale salad, and ham and potato croquettes.

A selection of cocktails from Chatawa, including the Red Snapper – a gin bloody mary.

The two businesses run side-by-side in one space.

The room's features include exposed brick walls and tin ceilings.

Curated beverages from the region are available by the bottle or can to-go.