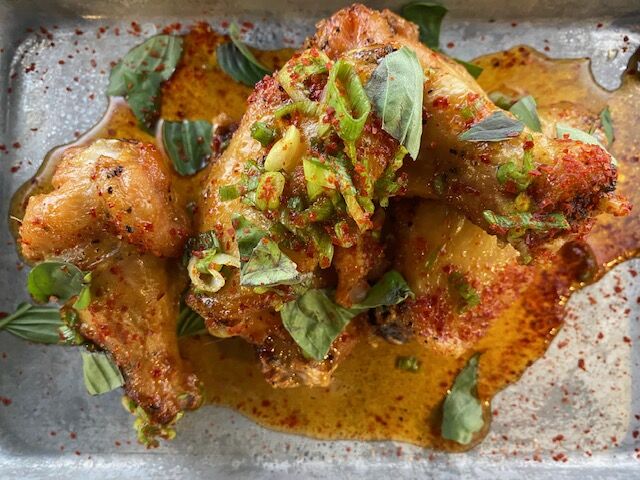 An order of fish sauce caramel wings from Wing Runner 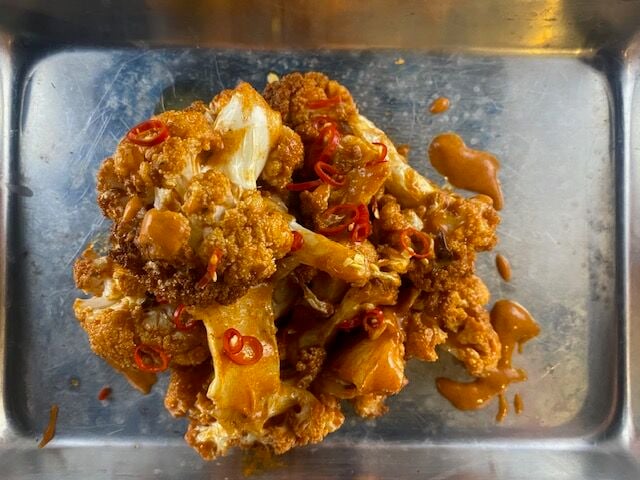 An order of hot buffalo cauliflower wings from Wing Runner 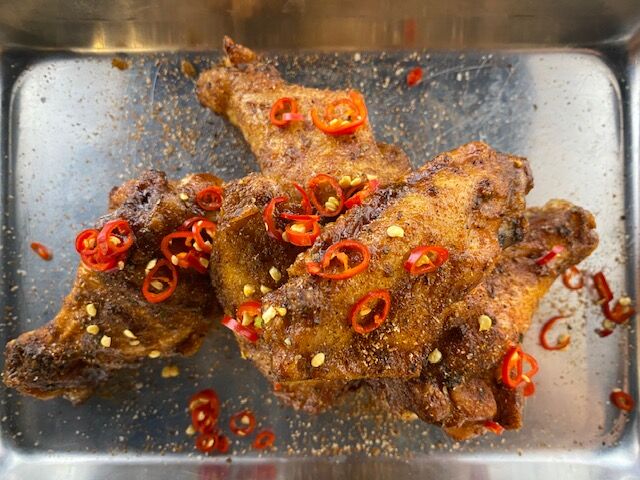 An order of habanero jerk wings from Wing Runner

An order of fish sauce caramel wings from Wing Runner

An order of hot buffalo cauliflower wings from Wing Runner

An order of habanero jerk wings from Wing Runner

As of last week, there's more than just barbecue coming out of the kitchen at BEAST Butcher & Block in The Grove.

Wing Runner, a new chicken wing ghost kitchen concept, officially launched on August 11 and has been offering a variety of wings for pickup and delivery since. Chef-owner David Sandusky was intrigued by the ghost kitchen concept, and like barbecue, he felt that wings were approachable to most people. Plus, he could apply the same standard of quality and creativity to his wings that he applies to his barbecue.

"Wing Runner was born out of a desire of do something new, and create," he says. "And we felt like we could do it, that we could do a better wing. So we decided to go after it."

"We've gotten a lot of great compliments," Sandusky says. "Everybody is really happy with the flavors and what we're trying to accomplish. We're really proud of what we've been able to do in the last week."

Aside from the wings, the online menu for Wing Runner is pretty streamlined. You can order fresh fries or Zapp's potato chips as a side to your wings, or snag a drink and a chocolate chip cookie. But, if you order in-person at the BEAST Butcher & Block pickup window, you can also order whatever BEAST meats or side you want to go with your chicken.

Wing Runner can be ordered online for pickup or delivery.