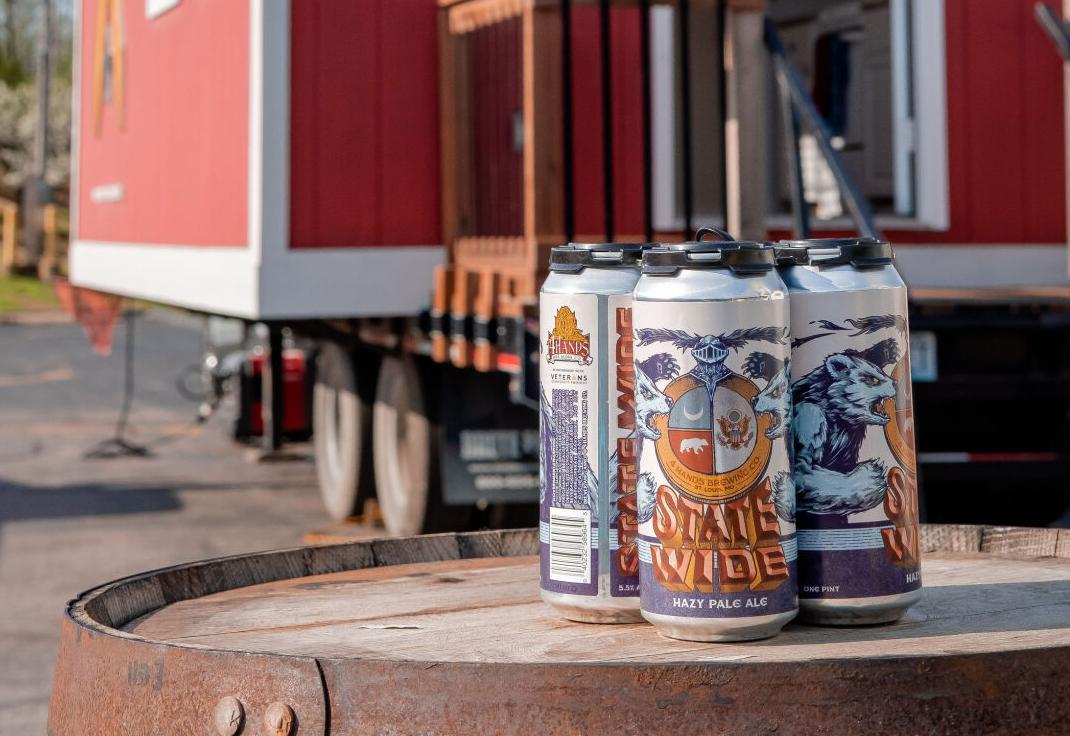 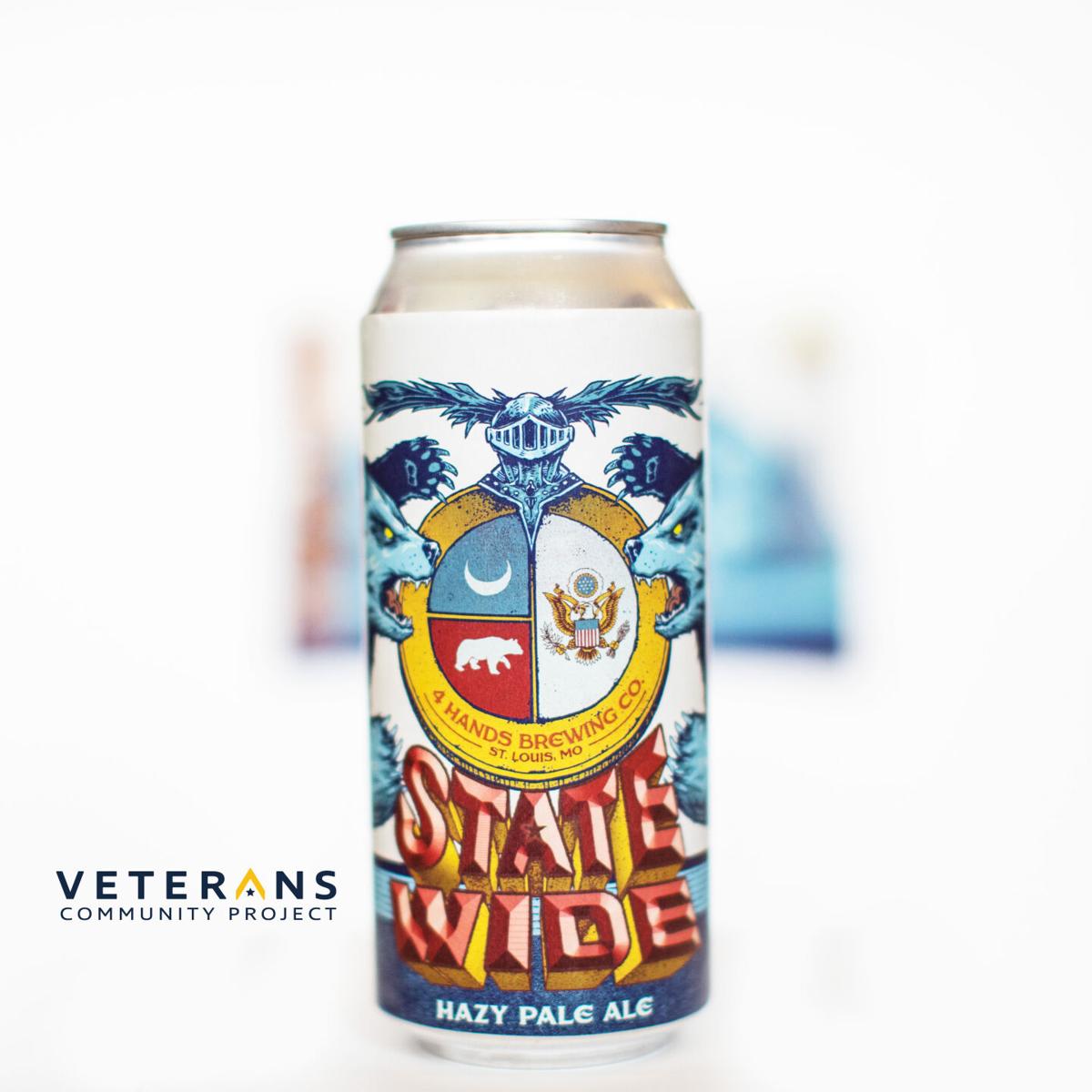 The label is a tribute to Missouri's state flag.

The newest beer from 4 Hands Brewing Co. is more than just something delicious to sip on.

The St. Louis-based brewery has announced that State Wide, a hazy pale ale with notes of citrus and stone fruit, will be available at retailers across Missouri starting May 4. A portion of every State Wide beer sold will go toward the Veterans Community Project. Using the Kansas City vein of the project as a blueprint, VCP will build tiny homes in St. Louis for veterans who are struggling with housing insecurity. Construction is expected to begin this summer.

“We have always strived to be an organization with a purpose,” 4 Hands founder and CEO Kevin Lemp said in a press release. “When we launched City Wide in 2016, we found our voice. We are excited to expand our philanthropic voice with the release of State Wide Hazy Pale Ale in partnership with VCP.”

The specialized tiny home community will also include wraparound support services on-site that are designed to equip at-risk and unhoused veterans with the tools needed to return to a stable, prosperous, independent life.

“Community is a central part of our name for a reason,” VCP CEO Bryan Meyer said in the release. “VCP is built on the support and strength of community partners like 4 Hands who join our mission to serve those who serve us. VCP Village will provide homes with dignity so more St. Louis veterans, and veterans across Missouri, can live with honor.”

The label for the beer also honors the State Wide name, with a design honoring the Missouri flag made by Jason Spencer of Killer Napkins.

Follow 4 Hands on social media for additional news on the upcoming launch.