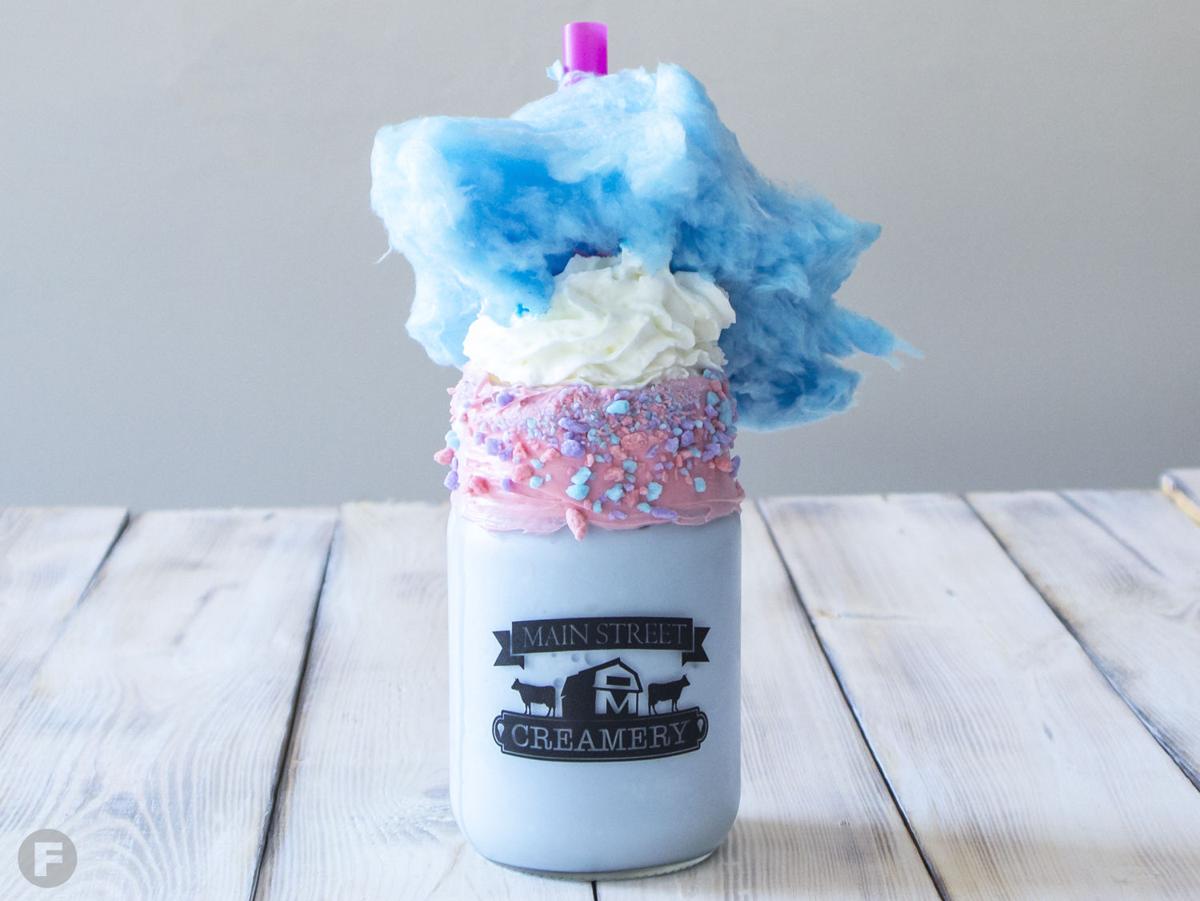 Shakes are topped with whimsical ingredients like cotton candy. 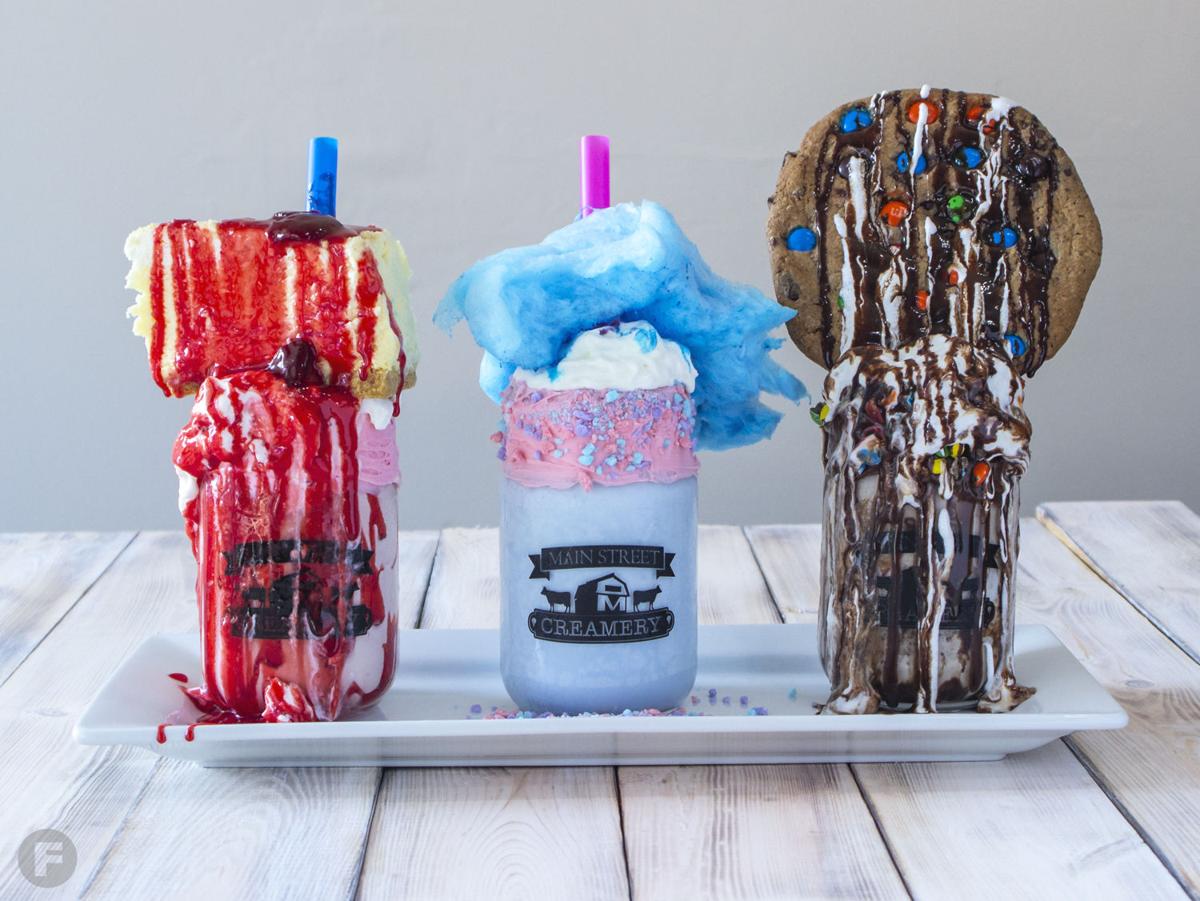 The shakes at Main Street Creamery are less drink and more full-on meal.

Shakes are topped with whimsical ingredients like cotton candy.

The shakes at Main Street Creamery are less drink and more full-on meal.

This will be the second location for the ice cream shop, which first opened in downtown Washington, Missouri, in March 2018.

Owner Nick Kiser, who purchased the creamery from his brother Rob, says that the new shop will be mostly the same as the original location, including its signature over-the-top milkshakes, but with more options. The Washington location is limited to having 16 flavors of ice cream on display at a time; the Wildwood location, meanwhile, will be able to offer up to 36 flavors of ice cream on any given day.

Trend Alert: These Towering Shakes Are Much More Than Your Average Milkshake

These days, a simple, one-flavor milkshake doesn't always do the job.

Kiser says that since he's taken over from his brother, Main Street Creamery has also started doing a lot of baking in-house, including gooey butter cake from his grandma's 100-year-old recipe. Expect to see even more baked goods at the new location, which is just under 2,000 square feet.

"We're gonna have a little bit more emphasis on bakery items," he says.

With the expansion to Wildwood, Kiser says that he hopes that Main Street Creamery will be able to integrate itself into the local community.

"I think a large part of our success in Washington is being a part of the community," he says. "We do a lot of charitable donations and events for various churches, schools, programs, whatever it may be. I hope to be able to bring that there."

He also hopes that the shop can be a place where people can gather and relax in a welcoming environment.

"Just a fun, safe, comfortable environment where people can go, just a comfortable place to hang out," he says.

Kiser also assures that even though he has been overwhelmed with messages from people asking when the new location will open, he is just as excited to open in Wildwood as his customers are.

"We can't wait," Kiser says. "It's going to be exciting to have another one and, you know, just do the same thing we did in Washington, but do it in a different town."

Main Street Creamery is expected to open on March 1.