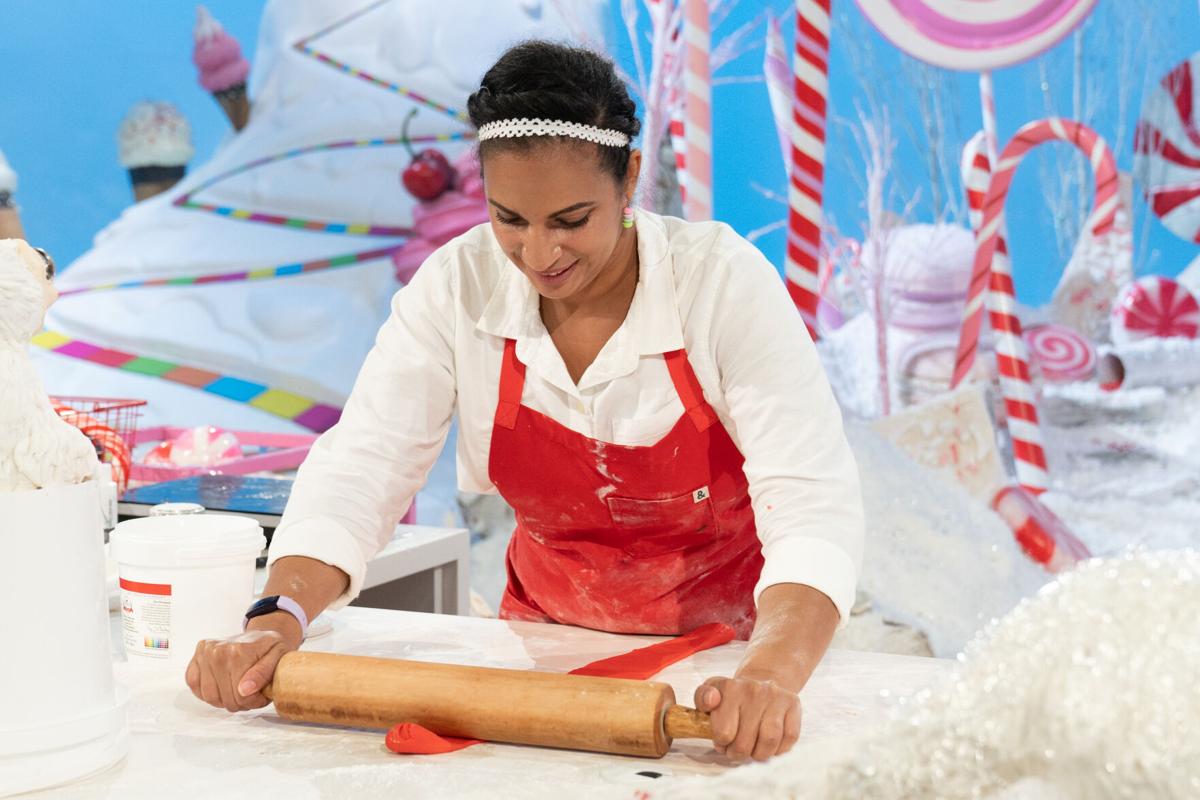 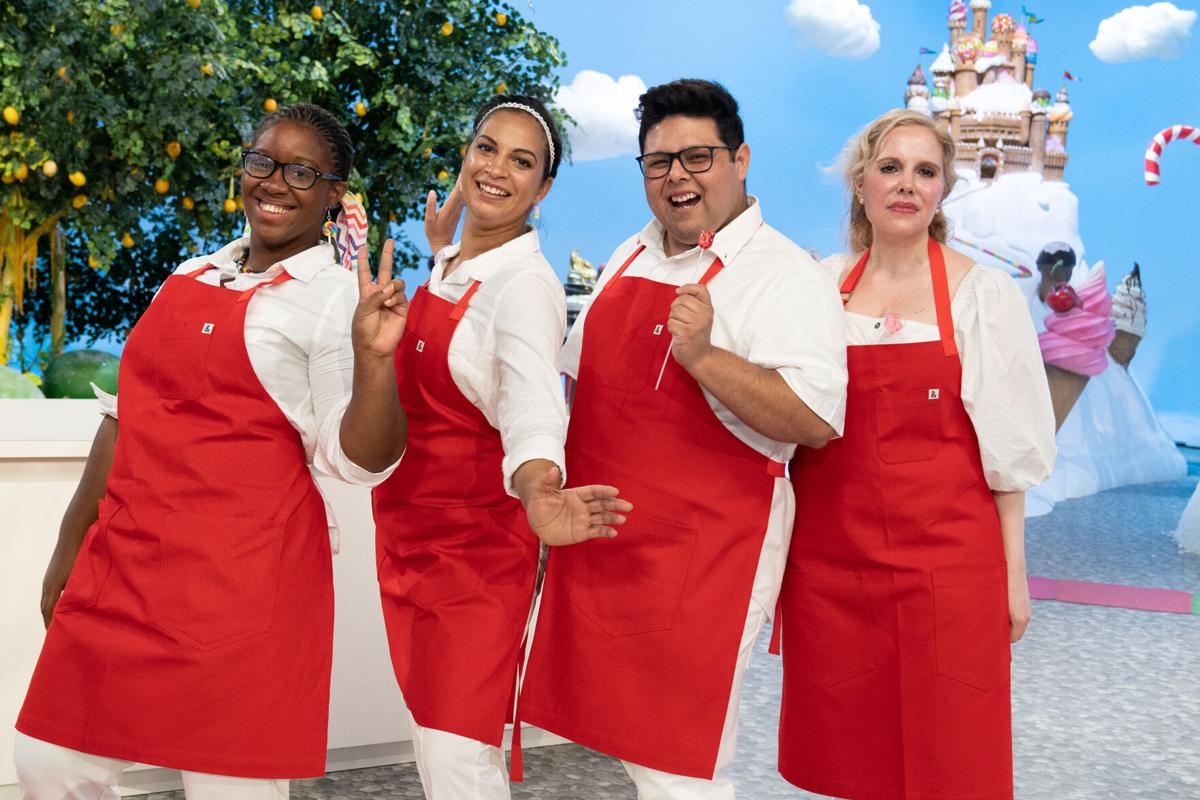 Contestants Deva Williamson, Ray Miranda-Vizcaino, Jewel Johnson and Linda Khachadurian were all part of the red team on this season of Candyland.

Contestants Deva Williamson, Ray Miranda-Vizcaino, Jewel Johnson and Linda Khachadurian were all part of the red team on this season of Candyland.

If you're flipping through your cable channels next week, there's a chance you might recognize a face from right here in St. Louis.

Deva Williamson, the owner of St. Louis' Big Laugh Kitchen, is a part of one of the teams competing for a grand prize of $25,000 on the new Food Network competition show Candyland. The show, which is hosted by Kristin Chenoweth and is judged by celebrity chefs Nacho Aguirre and Aarti Sequeira, premieres on the network at 8pm on Sun., Nov. 15. Viewers will be able to watch the teams of pastry chefs and confectioners make their way through themes of the classic Candyland board game to attempt to come out on top.

Although Williamson is a baker who also teaches folks how to decorate and photograph desserts through her business, she hasn't always been a star baker. She began her career as a savory chef, and when she faced the baking and pastry section of culinary school, she says she almost failed it.

"I could not figure out how to make a buttercream, I did not know how to ice a cake, I couldn't figure out how to write anything, and baking was like a vex to me," Williamson says. "So you can imagine how surprised I was when I decided to take up baking."

It started when Williamson was living in a homeless shelter and someone brought in a cake for a celebration.

"It just really made me feel special, because no one had done that for me before, and I liked the feeling that I had," she says. "I wanted to be able to give that to other people. So I started a tradition of having a cake on Christmas, because that's when we got that cake."

Every year, she made a cake for her kids on Christmas, but she admits they were far from show-stopping. Years later, after Williamson had gotten married, her mother-in-law took a cake decorating class, and then brought Williamson all of the cake decorating tools she had purchased.

"So I took it as a challenge," she says.

Now, she's been baking for about seven years, and specializes in decorating and photographing beautiful cakes. She's been featured on TV before, although she says that she never seeks it out and only goes for it when she's called. So when an unfamiliar number called and asked her if she'd be interested in competing on a show featuring all things sweet, she took the leap – with a little nudging from her cheerleader, her husband.

The show was all filmed pre-pandemic in Los Angeles. Going in, Williamson had never met her teammates, but she says throughout the show, they quickly figured out how to understand each other and that they helped to keep her grounded. She also says that throughout the process, she learned new things about herself that she didn't expect, but she also realized how much she wants to work to help others.

"I think the biggest takeaway was for me to do my best to make sure that I could bring out the best in others," she says. "So being able to exercise putting my best foot forward to help others up and them move forward to achieve their dreams, that's what it's all about, really."

Candyland premieres on Food Network on Sun., Nov. 15 at 8pm.