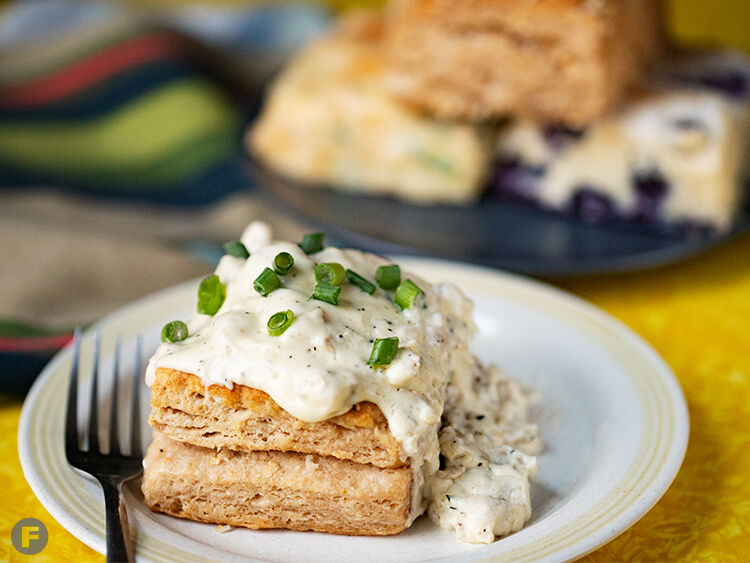 Entrée options from the food truck include biscuits and gravy, sandwiches and specials. 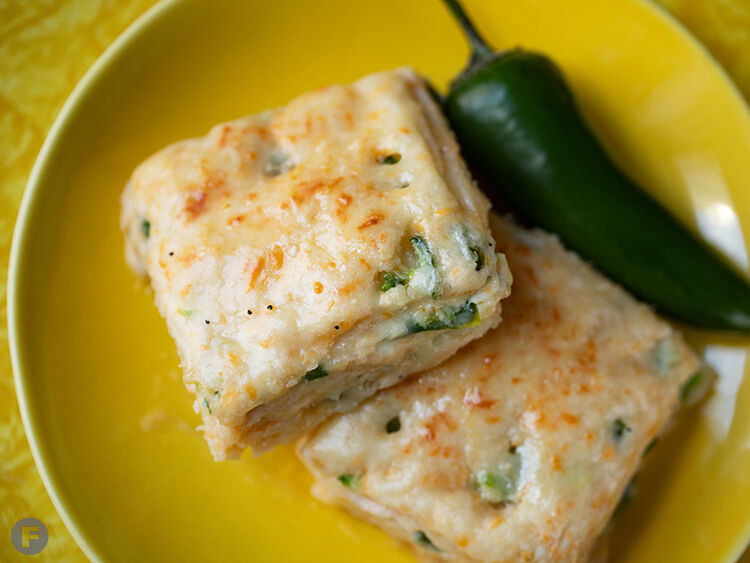 The Popper Bee biscuit is chock full of Cheddar, cream cheese and jalapeño. 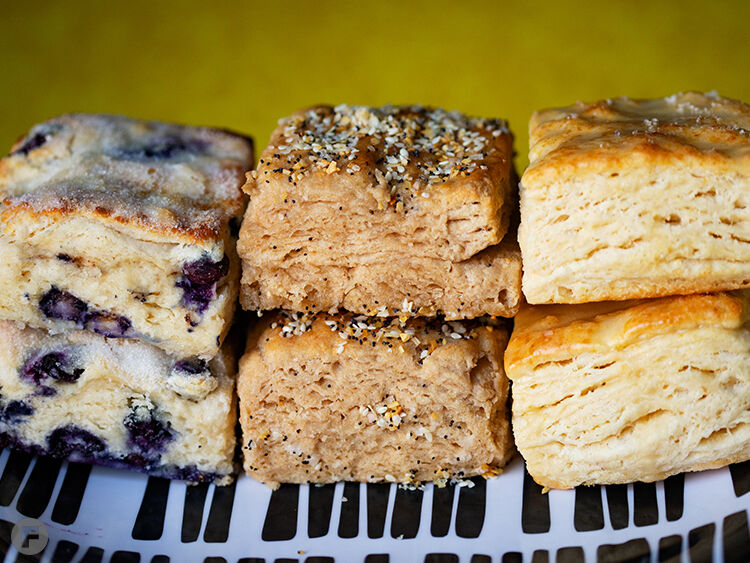 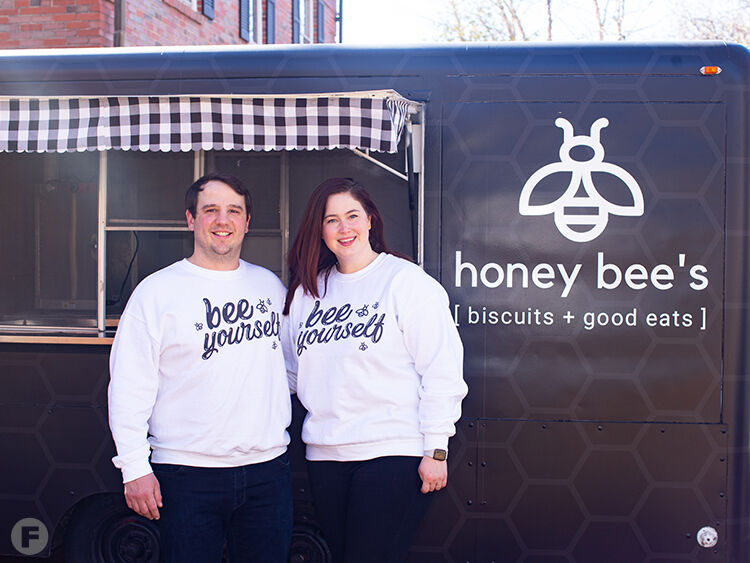 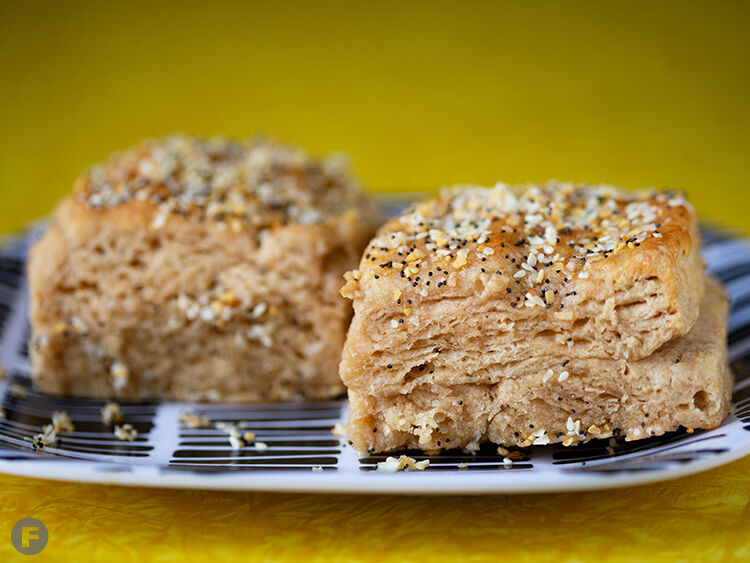 The everything bagel seasoning biscuit is wheat-based and comes topped with garlic oil. 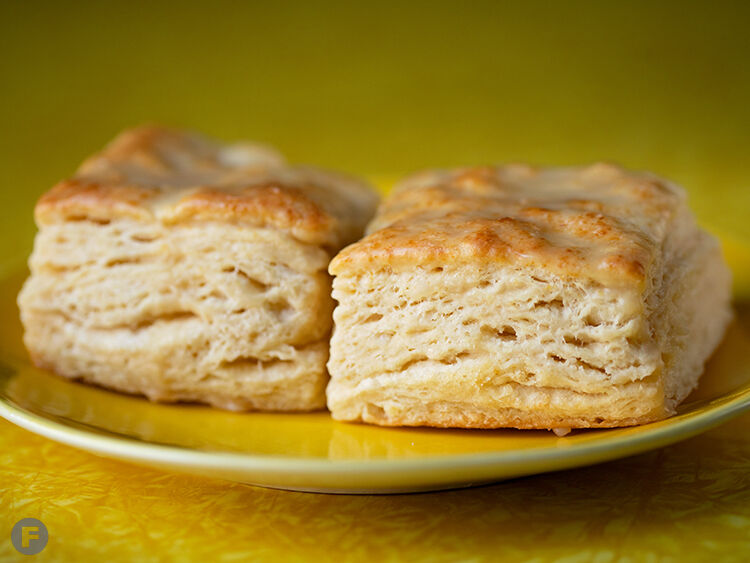 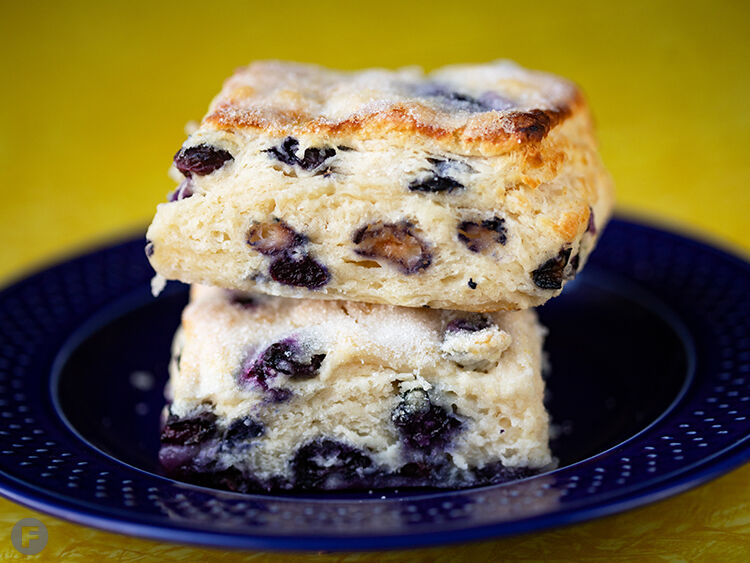 The blueberry biscuit comes topped with a sugar coating. 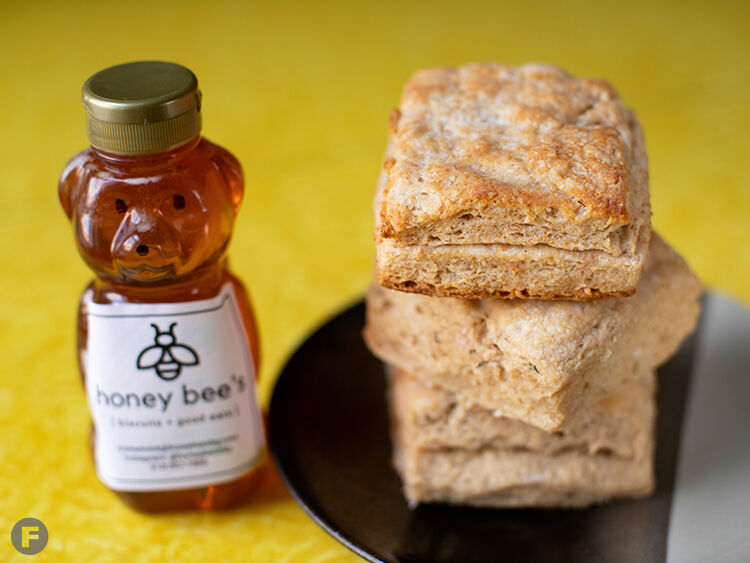 Entrée options from the food truck include biscuits and gravy, sandwiches and specials.

The Popper Bee biscuit is chock full of Cheddar, cream cheese and jalapeño.

The everything bagel seasoning biscuit is wheat-based and comes topped with garlic oil.

The blueberry biscuit comes topped with a sugar coating.

The concept comes from husband-and-wife duo and Kirkwood residents Michael Shadwick and Meredith Gibbons Shadwick, who originally launched their brand at the Kirkwood Farmers’ Market last June. Michael, who previously had a background in sales, decided to pursue a culinary career last year, joining Winslow’s Table as its garde manager chef last February.

When the restaurant closed its doors temporarily due to the pandemic just weeks later, he got a job at Imo’s Pizza as a delivery driver while training to become a manager. In the meantime, he and Meredith began to formulate their own business plan specializing in “the best b’s and g’s west of the Mississippi.”

According to the Shadwicks, their signature square-shaped buttermilk biscuit has a soft bottom and crispy top, finished with a sweet and salty glossy honey glaze. The middle is fluffy with buttery layers.

“After we perfected the standard honey-glazed biscuits, we started coming up with all kinds of different flavors,” Meredith says. “We do blueberry, strawberry, an everything bagel seasoning with a garlic oil glaze, rosemary, thyme, jalapeño and Cheddar and one with cinnamon roll filling in between the layers.”

The couple’s decision to name their business Honey Bee’s is three-fold, defined by the honey glaze on top of their biscuits; the dating app Bumble through which they were originally introduced; and their slogan: “Bee yourself, bee who you're meant to be and always do things that make you happy.”

Examples of offerings from the food truck’s rotating menu include The Bee Sting with a Honey Bee’s biscuit topped with spicy sausage gravy and Red Hot Riplets. The Popper Bee sandwich features a jalapeño, Cheddar and cream cheese biscuit filled with sausage, egg and peach-pepper jam. Honey Bee’s mainstay is a humble yet unique biscuit and sausage gravy combo.

“It’s an amazing combination of flavors. You get an herbed breakfast sausage gravy flavor, and then you get hit with a sweetness from the honey,” Meredith says. “We’re just really excited to get out in the community and have people try our food.”