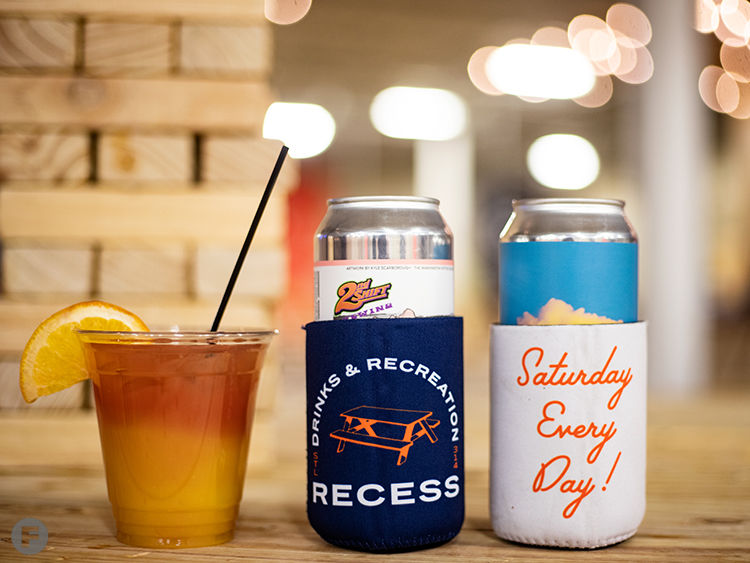 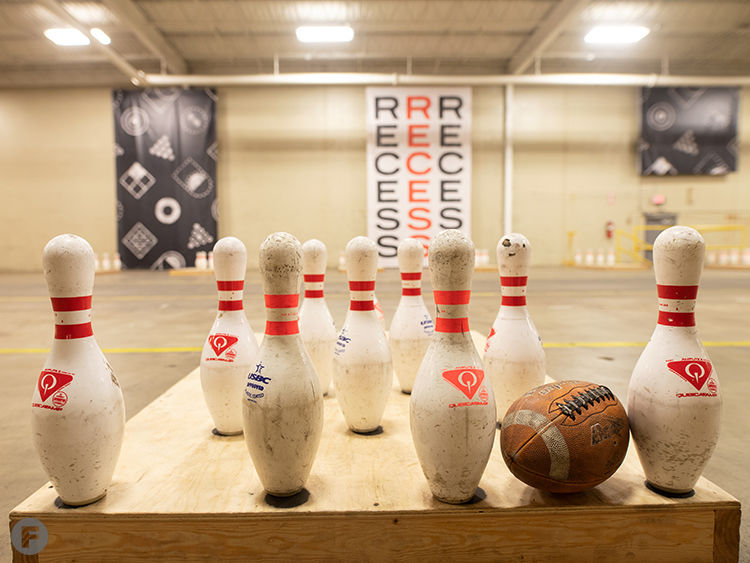 One of the main attractions is airbowling, which resembles bowling but with a football. 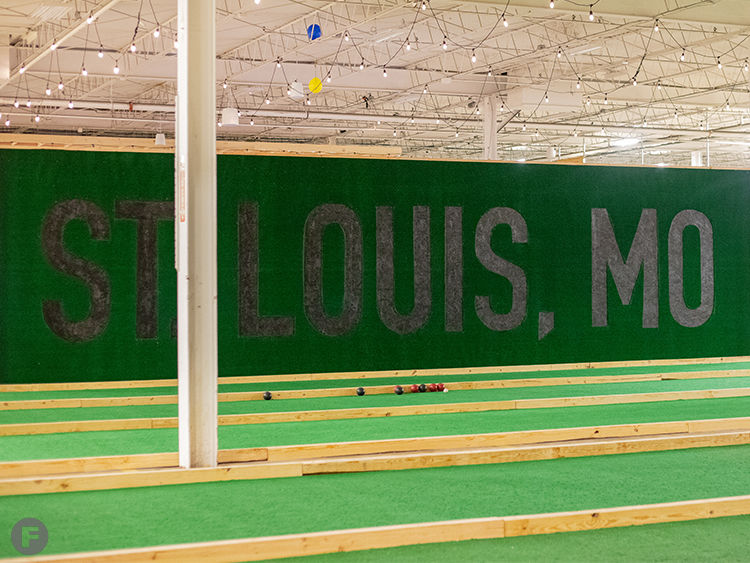 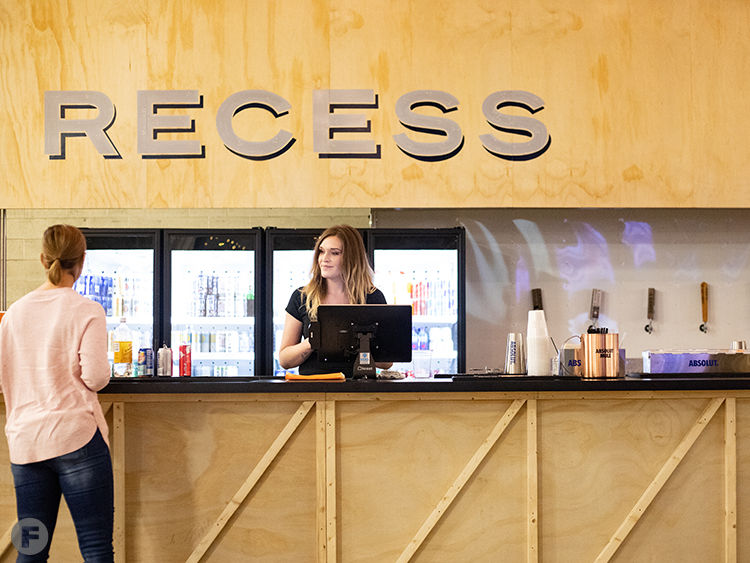 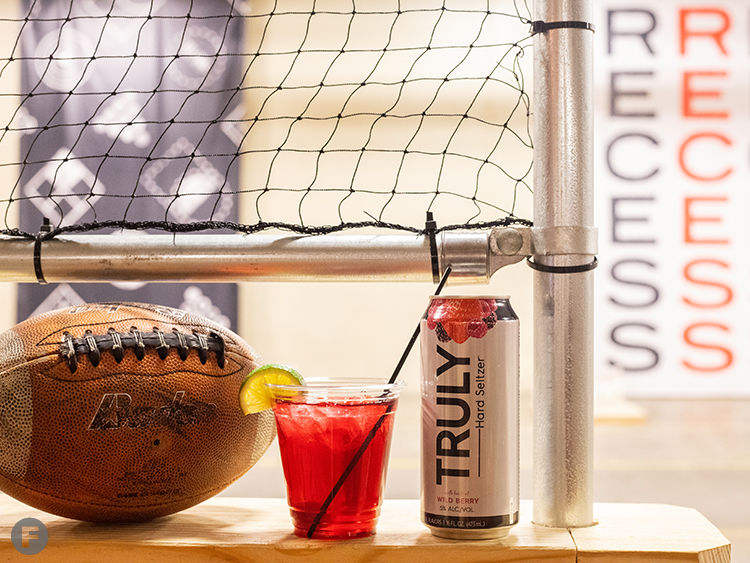 Guests can enjoy drinks throughout the premises. 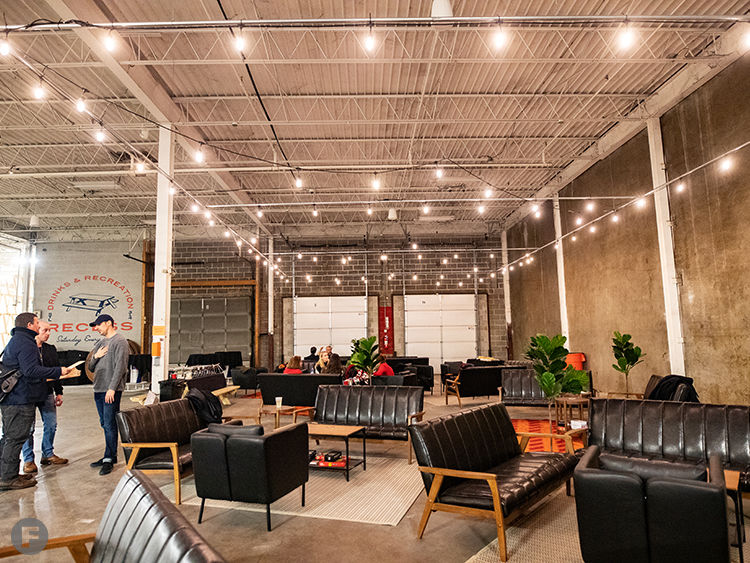 A lounge is located near the entrance. Additional private event space is also available in the rear. 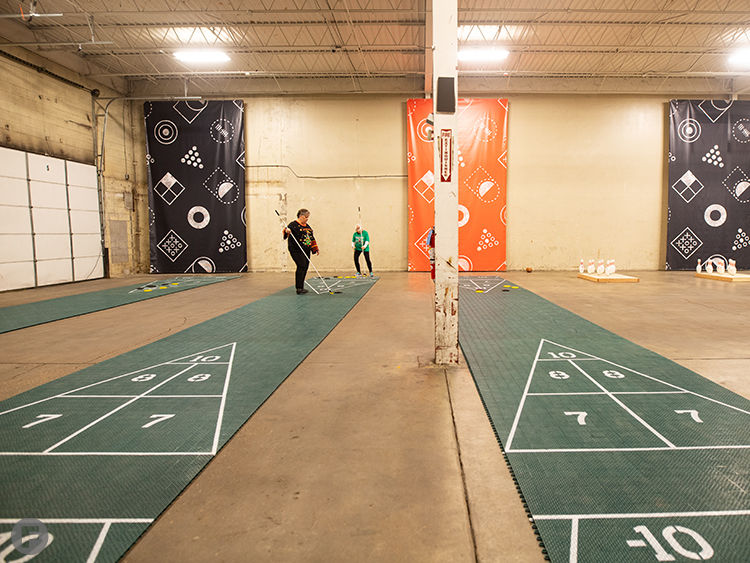 Shuffleboard is another large-scale attraction. 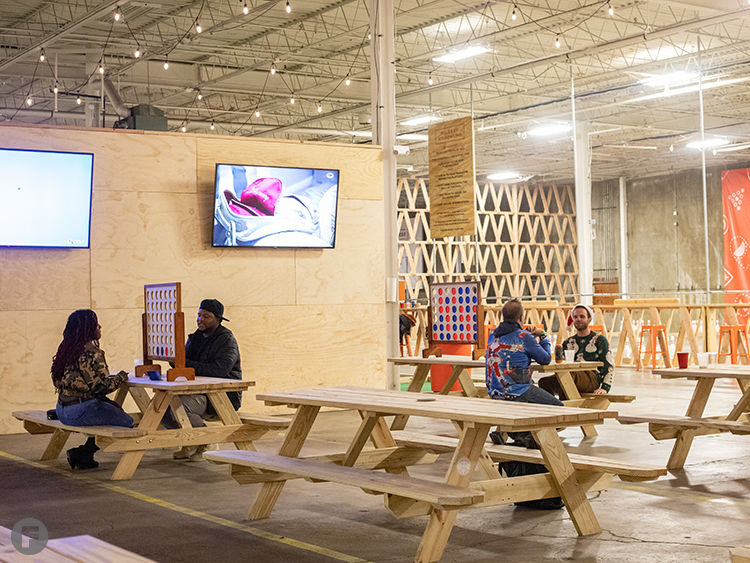 Giant versions of tabletop games including Connect Four can be found throughout. 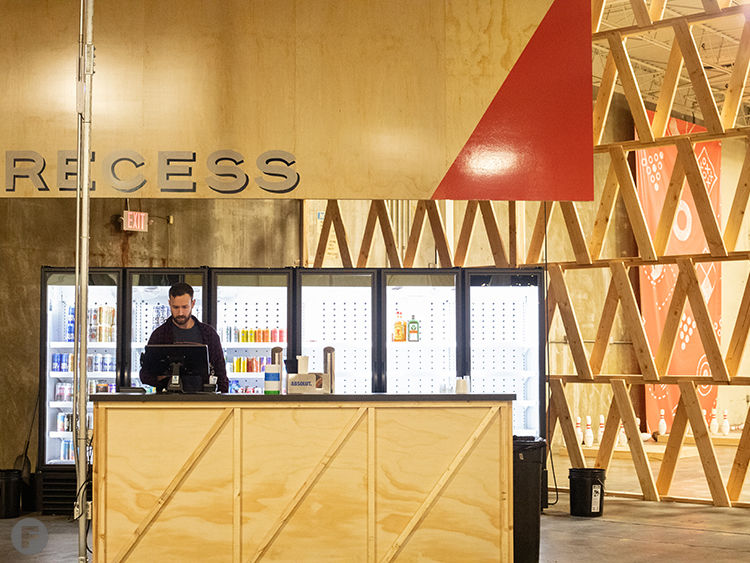 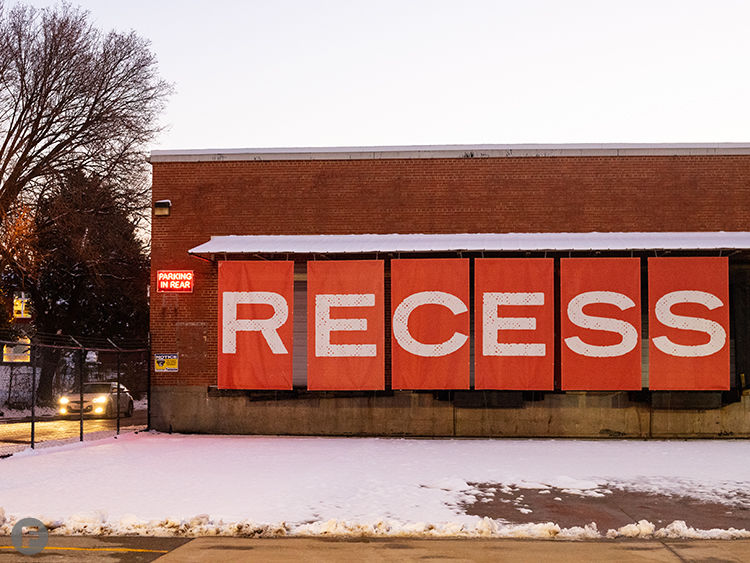 Now open in the Grove.

One of the main attractions is airbowling, which resembles bowling but with a football.

Guests can enjoy drinks throughout the premises.

A lounge is located near the entrance. Additional private event space is also available in the rear.

Shuffleboard is another large-scale attraction.

Giant versions of tabletop games including Connect Four can be found throughout.

Now open in the Grove.

The latest recreational addition to The Grove aims to bring “Saturday Every Day” to the neighborhood. Recess STL debuted on Nov. 29, featuring a 50,000-square-foot warehouse space filled with two bars and a variety of large-scale games for adults including bocce ball, cornhole, shuffleboard, ping pong and something new to the area: airbowling, played with a football and bowling pins.

The concept comes from owner Saskia Honstain and is a temporary pop-up location that will tentatively relocate nearby to McRee Avenue this spring. According to Honstain, the next location is a similar size but with more windows and the opportunity to expand the complex to include a large outdoor component.

Recess STL currently fills a space previously occupied by a plumbing supply warehouse, with enough seating via a lounge and bar-side picnic tables for 150 and amusements for up to 300 guests.

“It’s a place where you can hang out and play games casually with friends,” Honstain says. “It’s a relaxing, enjoyable social experience. That was really the basis for everything.”

Local companies Mademan Design and Atomicdust served as the architect and branding agency for the project, respectively, creating a minimal yet sleek environment in the industrial space. Navy and orange accents from the logo can be found from wall to wall along with string lights hung across the ceiling. Picnic tables are a recurring design theme echoed by repurposed wood arranged geometrically throughout the building.

The main bar features a dozen drafts including domestic options as well as local craft beer from Urban Chestnut Brewing Co., 4 Hands Brewing Co. and 2nd Shift Brewing. Canned options including 30 beers, canned wine and hard seltzers are also available. A full cocktail menu will include options such as the Airbowlini with vodka, creme de cacao, raspberry syrup, and half and half.

A smaller bar on the other end of the facility offers canned beer and wine, located near a few additional amusement options including TVs outfitted with Nintendos, darts, giant Connect Four and giant Jenga. Food trucks are also hosted occasionally.

“It makes me really happy to see people have a good time and enjoy what’s been created. It’s just a fun environment. Hopefully everyone finds something here they enjoy," Honstain says.

Rec Hall, an offshoot of Recess, will bring lawn games, beer and more to St. Charles in December

The bar will offer drinks and games, as well as rotating food trucks to keep people fed.