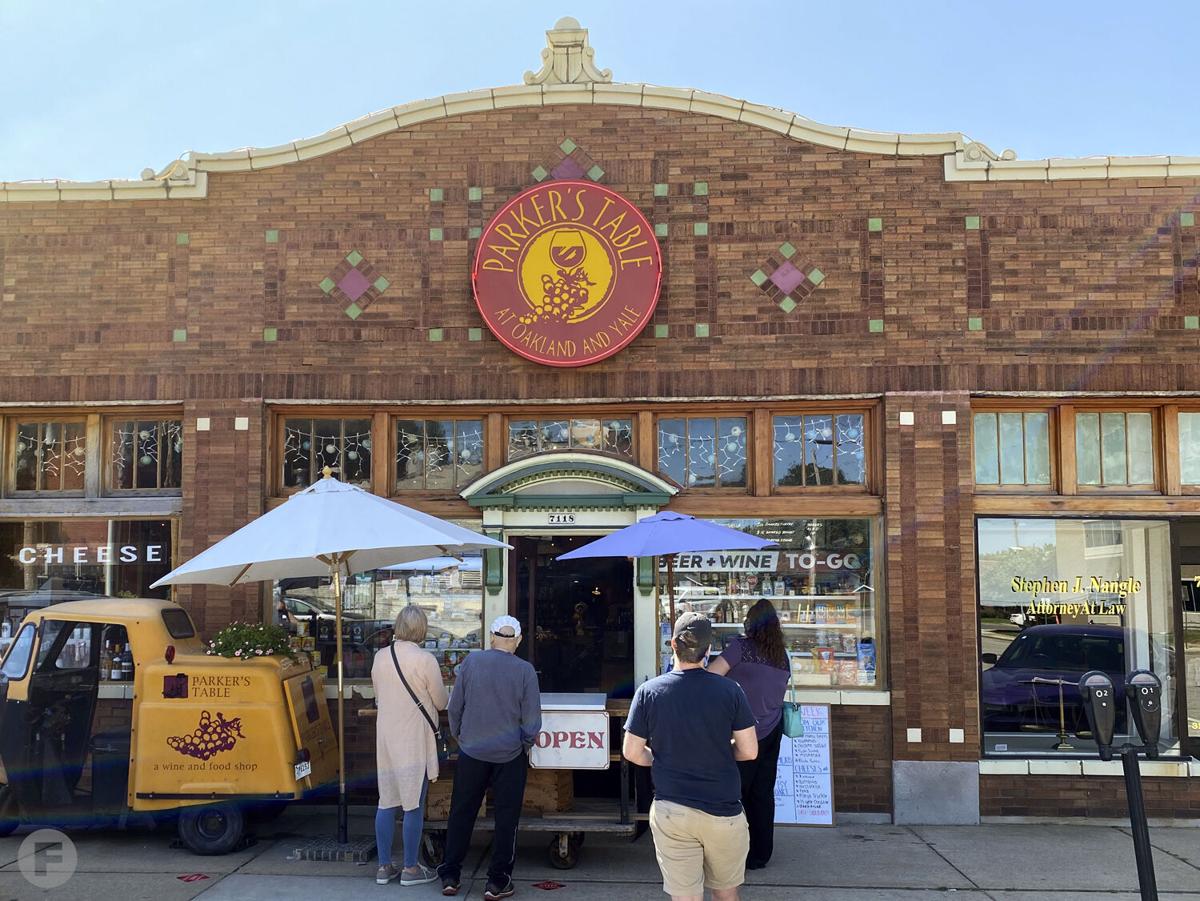 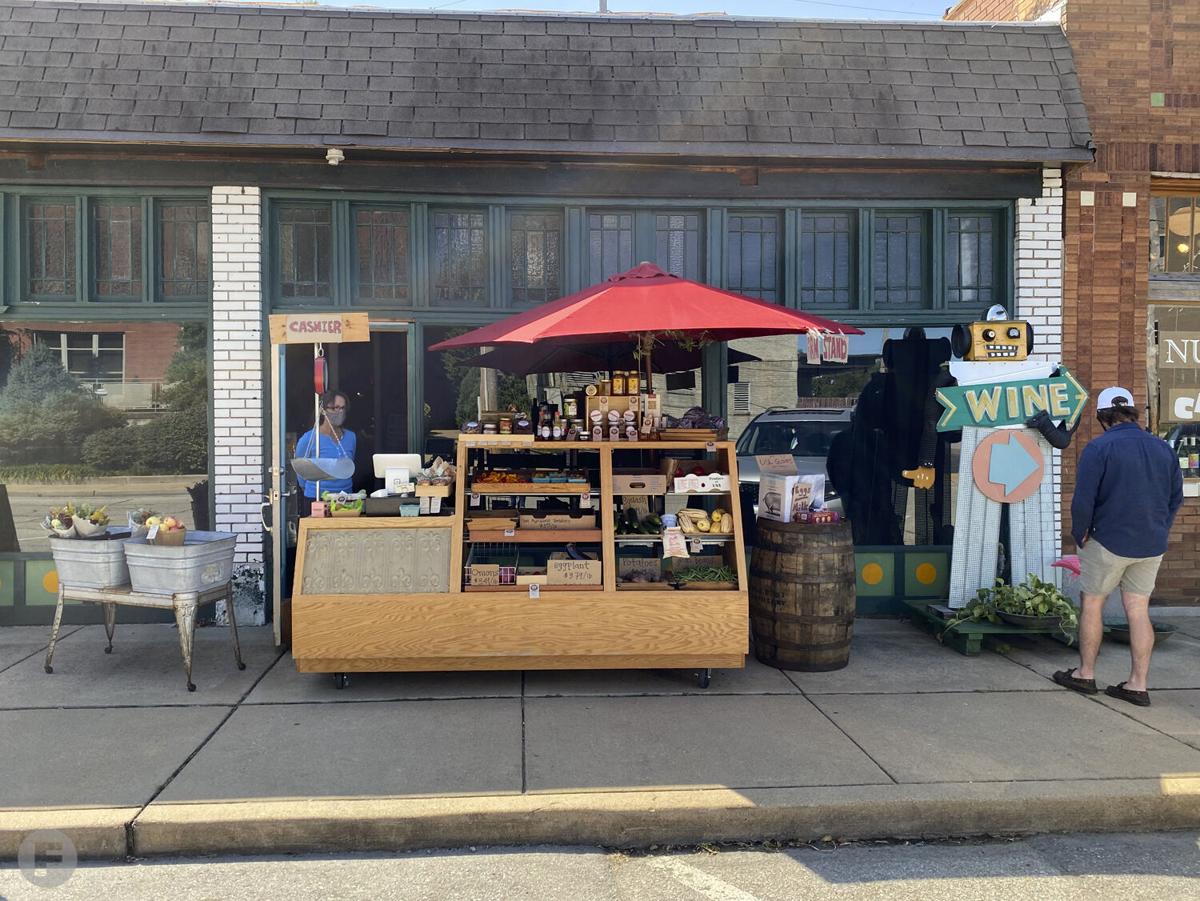 In mid-March, Jonathan Parker made a decision: The counters were moving outside.

The owner of Parker's Table built two rolling counters, which he rolled through the front door of his popular Richmond Heights wine shop. Each day, he and his crew roll the counters outside in the morning to take walk-up orders from customers, running back into the shop to fill their orders on the spot. No customers have been inside the shop since March 13, and Parker doesn't plan to change course anytime soon.

"We realized that if we were going to have a store that keeps us and our customers safe, we couldn’t have that many people in the store all at once," Parker says. "And so the best idea was just to put the counter outside on the sidewalk. What we do is we get to know what people like; we listen to people. We hustle and run back into the store and grab them what they like. I think a lot of people have been appreciative of that over the past six months."

It's easy to see why so many customers view Parker's Table as a one-stop-shop. In addition to offering an expansive selection of wine, beer and spirits as well as local cheeses and dried goods such as pasta, sauce and olive oil, Parker's Table offers its own in-house sandwich shop featuring cured meats from local artisan company Salume Beddu. The sandwich menu features classics like prosciutto cotto, speck and a muffaletta alongside rotating weekly specials. The menu is overseen by executive chef Steven Caravelli, who came on board in January.

An alum of local restaurants including Pi, Gringo and Truffles, Caravelli has also introduced a line of prepared foods and soups to the deli case at Parker's Table. "He has a good sense of how to keep the case filled with interesting things," Parker says. "It changes all the time and we send out things on Instagram, Facebook and Twitter to let people know what’s new."

Although Parker had already planned to launch the new line of prepared foods, he says the pandemic accelerated things. Over the past few months, the rotating selection of prepared foods has included restaurant-quality dishes like stuffed delicata squash risotto, smoked Berkshire pork chops, lasagna and a truffled Gouda pasta bake that shoppers can grab to take home when stopping by to pick out a bottle of wine.

And on Thursdays, Fridays and Saturdays, shoppers can also stock up on local produce from the new farm stand at Parker's Table. The shop has long offered a few items like fresh tomatoes in the summer, but Parker introduced a second mobile counter out front so as not to slow down traffic at the main counter. The expanded selection at the farm stand includes onions, potatoes, carrots, fresh greens, eggs, milk and other produce from local farms such as Buttonwood Farm, EarthDance Farm, Stuckmeyers Farm, Theodora Farms and Winslow's Farm.

Overall, Parker says customers have been receptive to the new model, and most are grateful to still have that same Parker's Table experience, albeit in a new – and safer – form. As always, staff members are more than happy to make recommendations by asking about customers' likes, dislikes and how much they want to spend; Parker likens the experience to a doctor's appointment where guests describe their symptoms and the staff finds the right treatment for it.

"It’s matchmaking tastes," he says. "It’s show and tell all day long. We just take care of people. And if you care about what your customers like and you listen to them, you can pretty much hit it dead on almost all of the time. I think a lot of people now walk away with things they wouldn’t have picked up if they had been in the shop looking at a label."

Parker adds that he thinks the staff's bonds with customers are perhaps stronger than ever, as many customers appreciate the extra lengths the store has gone to in order to keep both staff and customers safe.

"It’s been an experience, that’s for sure. But what I tell people is, when you’re in small business, there’s always something," he says. "This year it happens to be a little bit worse than usual, but it’s always going to be something and you always have to be ready to adapt on a dime and make a change to make something work, and that’s what we did."