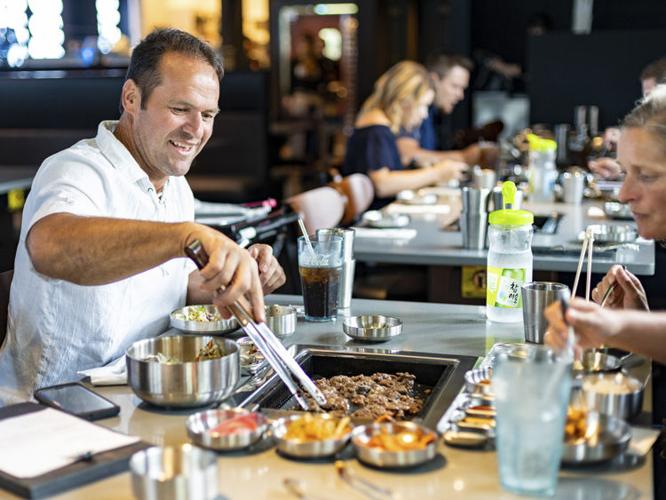 The all-you-can-eat restaurant is the first Korean barbecue in Springfield where guests can cook their own meals on table-top grills. 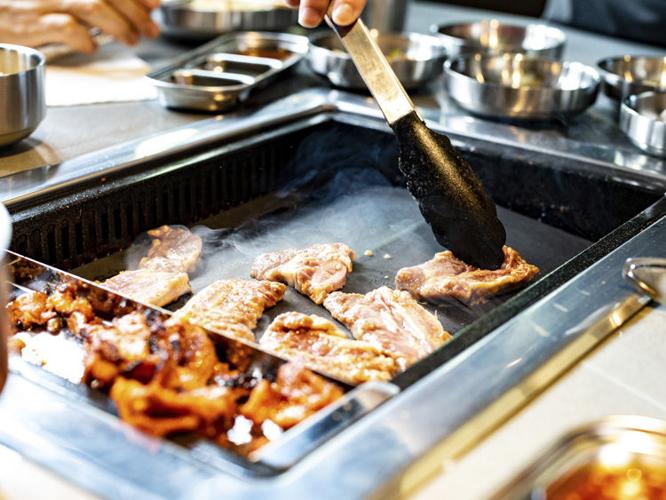 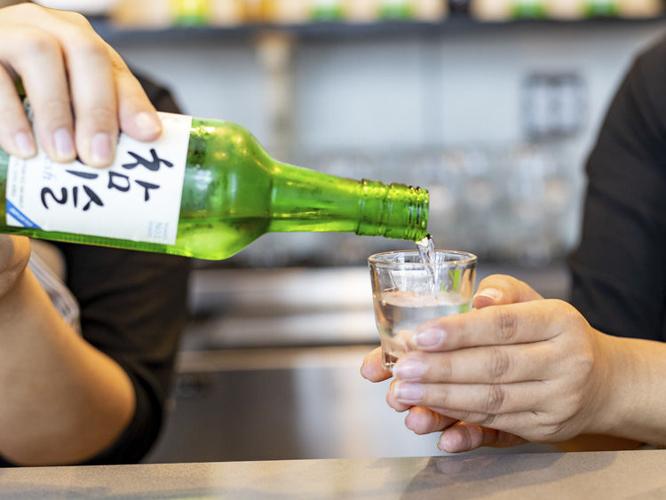 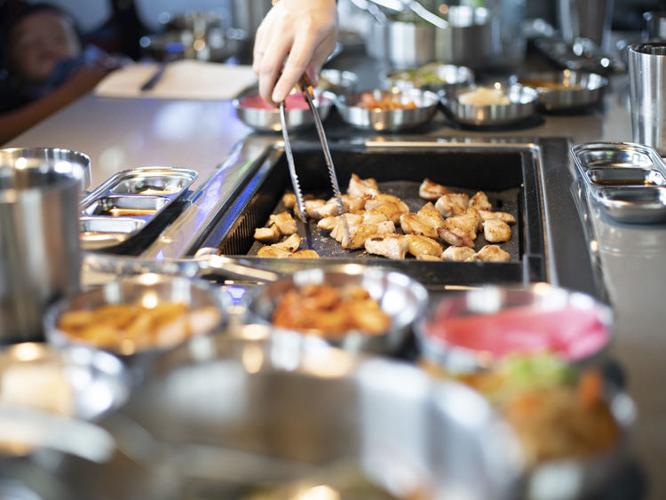 For vegetarians and seafood-lovers, Bawi also offers options such as shrimp and tofu. 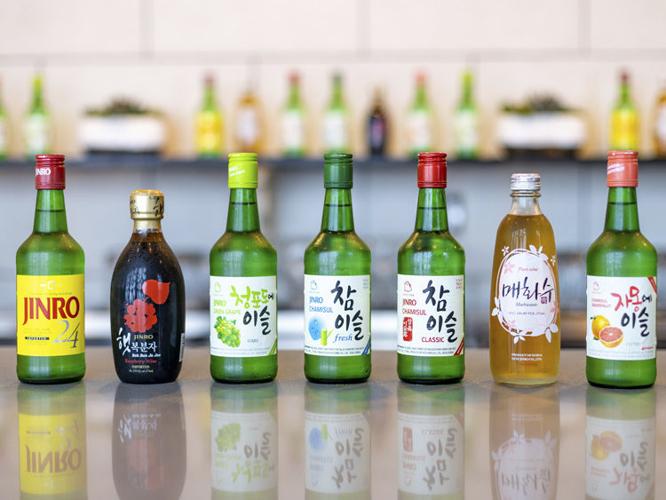 Flavored bottles of soju and Korean raspberry wine line the shelves of the restaurant’s bar.

As of this past Monday, Bawi Korean BBQ is now bringing authentic Korean dishes to Springfield. David Kwon, who also owns Hinode Japanese Steakhouse, opened Bawi alongside his son Cosmo, who operates the new restaurant. The Kwon family immigrated from South Korea to America in the early 1990s.

When guests arrive (with reservations made ahead of time), they can expect the table to already be set with traditional Korean sides like kimchi and lettuce wraps. “It is kind of overwhelming when you come in at first,” Cosmo says. “But starting with our hosts to our servers, they’ll explain everything. If you need any further explanation, let us know. We try to make the menu as simple as we can.”

Cosmo and his team aim to make a trip to Bawi Korean BBQ cultural experience. The menu features instructional pages on traditional Korean eating and drinking customs, and Cosmo encourages guests to participate. “You might as well dive in and experience it all the way,” he says.

Each table has a built-in grill that visitors use to cook their own food. The restaurant offers marinated meat options with different flavor profiles including sweet, savory and spicy. For those who prefer to dip their meat in sauces, the menu also includes meats that are lightly seasoned rather than marinated. For vegetarians and seafood-lovers, Bawi also offers options such as shrimp and tofu.

Cosmo recommends the chadolbaegi, which is thinly sliced brisket, because it cooks in just one minute. Most of the other meats take three to four minutes to cook.

“I’m a firm believer that if you try a certain [region’s] cuisine, you’ve also got to try their alcohol with it,” Cosmo says. To that end, flavored bottles of soju, a clear Korean spirit, and Korean raspberry wine line the shelves of the restaurant’s bar.

Cosmo says his Springfield family, friends and church members helped make Bawi a reality, but he even had friends fly in from Korea and take months off of work to offer their expertise. “It really did take a village to get [Bawi] up and running,” he shares. “We couldn’t have done this without all the people around us.”

Bawi Korean BBQ is open Monday through Thursday from 4 to 9pm and Friday through Saturday from 4 to 10pm. Cosmo highly recommends making reservations through the restaurant's Facebook page. 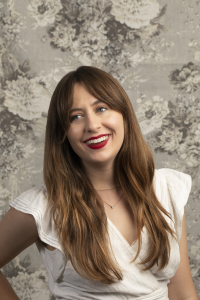 He's the managing partner and director of operations for Gawi Bawi Bo food group in Springfield.

The all-you-can-eat restaurant is the first Korean barbecue in Springfield where guests can cook their own meals on table-top grills.

For vegetarians and seafood-lovers, Bawi also offers options such as shrimp and tofu.

Flavored bottles of soju and Korean raspberry wine line the shelves of the restaurant’s bar.