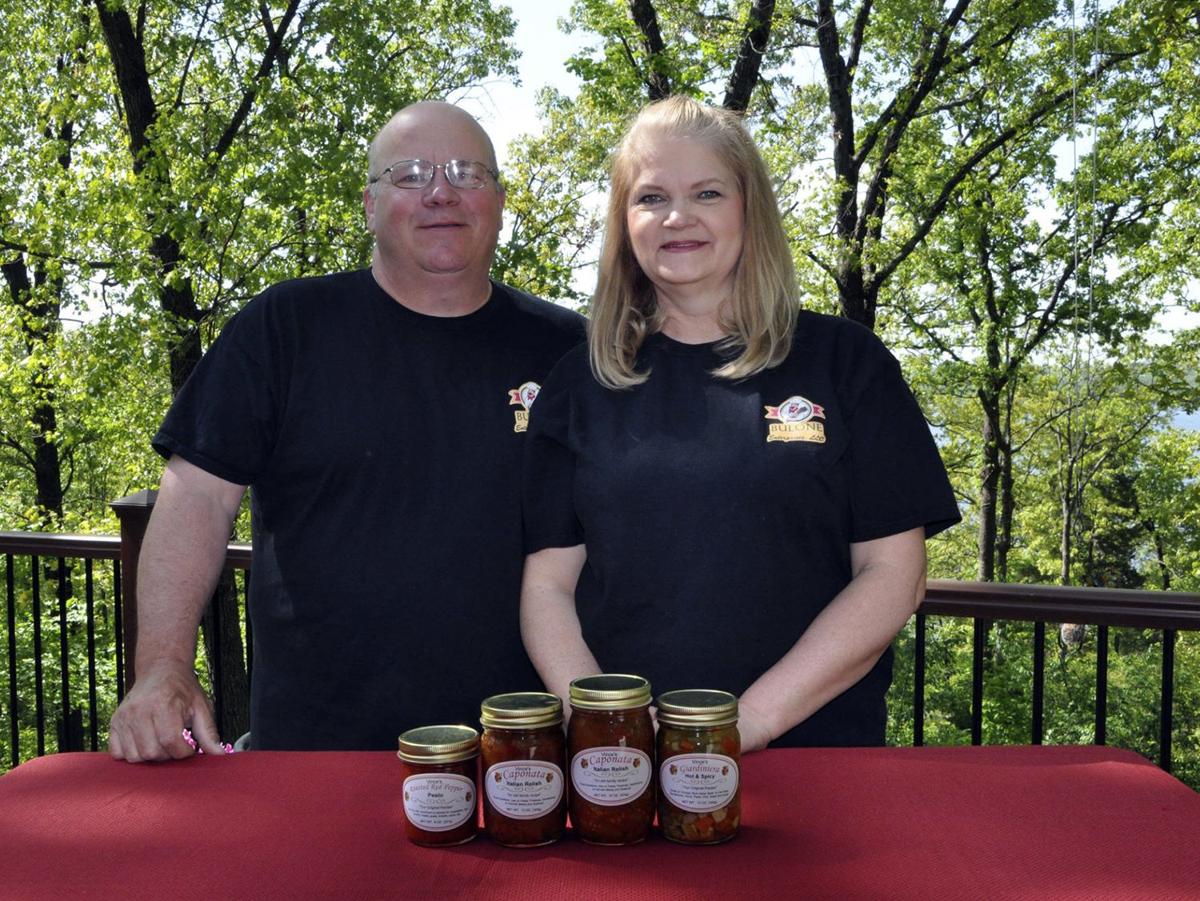 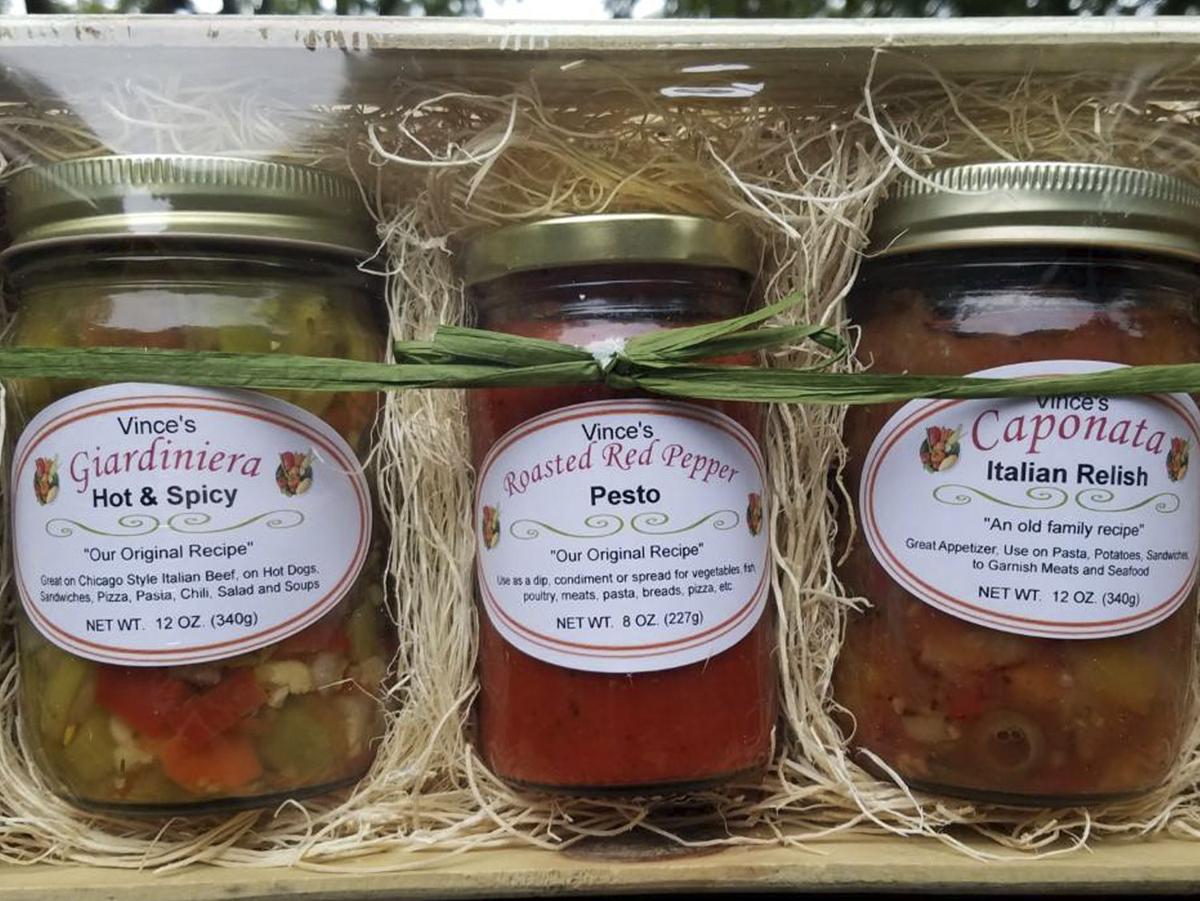 Green eggs and ham, the fateful spaghetti noodle in Lady and the Tramp, Julius Caesar's last salad – a single recipe can have a major impact. That certainly rings true for Dan and Sharon Bulone, the couple behind one of Springfield, Missouri’s fastest-growing culinary product lines.

Together, the Bulones operate Bulone Enterprises, a homegrown line of Italian relishes and sauces that offer unmatched authenticity and impeccable flavors. And it all started with a single iconic recipe: Dan’s family caponata recipe, which Dan and Sharon execute using a closely guarded family recipe. Vince’s Caponata, named for Dan’s brother, was the first in an ever-expanding product line that now includes zesty giardiniera, a dairy-free vodka marinara sauce, roasted red pepper pesto and several other signature Italian toppings.

The Bulones sell their wares online, at area farmers' markets and in more than 150 stores in the region, including select Whole Foods Markets. Although demand has required the team of two to more than quadruple their production over the past several years, they’re still passionate about traditional preparation methods passed down through Dan’s close-knit Italian family. “We’re focused on staying within Italian tradition as much as possible,” Dan says. “We’re also pleased to produce products that fill a niche.”

Those newer niche products include an Italian beef seasoning blend, a lemon-basil pesto and a pending pasta line in partnership with Pennsylvania-based Vera Pasta. According to Sharon, each new product allows the Bulones to showcase local produce from Missouri-based growers including Possum Creek Produce, Ozark All Seasons Farm and Broken Wire Ranch. Of course, as the product line grows, so does the Bulones’ following – their products will appear as a key ingredient in this fall’s season of Show-Me Chefs, a local cooking show produced by the Missouri State University media department.

Want to score some giardiniera in time for your summer barbecues and pasta salads? Bulone Enterprises ships nationwide.

What is your favorite ingredient to cook with and why? Our caponata is really great as a cold pasta salad in the summertime. You can it put with cream cheese and make a dip, you can use it on roasted or grilled veggies, you can put it on anything in a bun. –Sharon Bulone

Agreed. Personally, I love to use it on fish or chicken hot off the grill. –Dan Bulone

What concepts or styles of cooking do you hope to see added or expanded in Springfield? Aside from the fact that I want to see more traditional Italian, I think I’d love to see more European-inspired flair – the love of the food and the use of the food. –S.B.

I’ve been to a lot of Italian restaurants in the area, but I still find myself looking for entrees and dishes you would typically find in Italy. For example, pizza in Italy is going to taste entirely different than pizza in Springfield, and a lot of that has to do with traditional techniques and local ingredients. –D.B.

What inspires your products? How do you approach R&D for your product line, and what inspires that process? Our customers have really driven the direction of our product line. When we get an idea for a product, we bounce those around and then do a lot of R&D. For instance, our basil pesto – we probably made 10 different batches until we both agreed that we had found the recipe. We eat a lot. [Laughs] –S.B.

Of course, we started with our Italian relish because it was a family recipe. From there, we’ve added variety based on what the customers want. People wanted something hot and spicy, so we came out with our giardiniera. Our customers wanted a tomato sauce, so we recently came out with a non-dairy vodka marinara sauce to set ourselves apart from the shelves already full of sauces. –D.B.

What is your first food memory? Eating spaghetti and meatballs once a week every week for my entire childhood. I want to say it was on Wednesdays. My mother would start the spaghetti sauce in the morning and cook it all day long once a week, doing it the traditional way with whole bulbs of garlic. –D.B.

I was always cooking growing up – more the baking side of things, though. My grandma used to make wedding cakes and my mom worked in a bakery, so I was around watching them decorate cakes, make frosting roses by hand, things like that. –S.B.

What are your future plans? We’re still regional – we’re in several states, but we’re mostly focused in Missouri, Arkansas, Oklahoma and Kansas. We’d like to eventually become a national company, but right now we’re just managing growth within our means. –S.B.

Our goal at this point is to find our own manufacturing facility, hopefully by next year. That’ll be an important step toward becoming a national brand. –D.B.