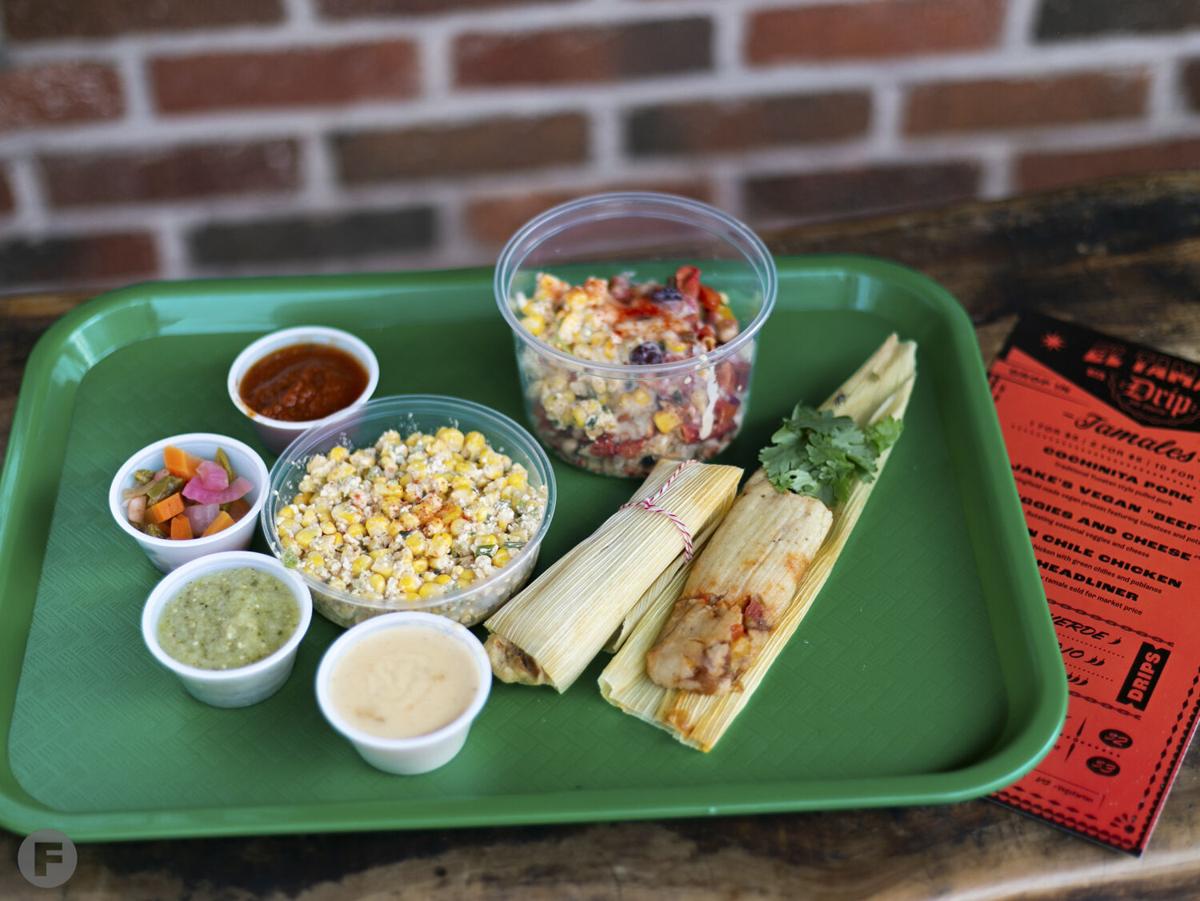 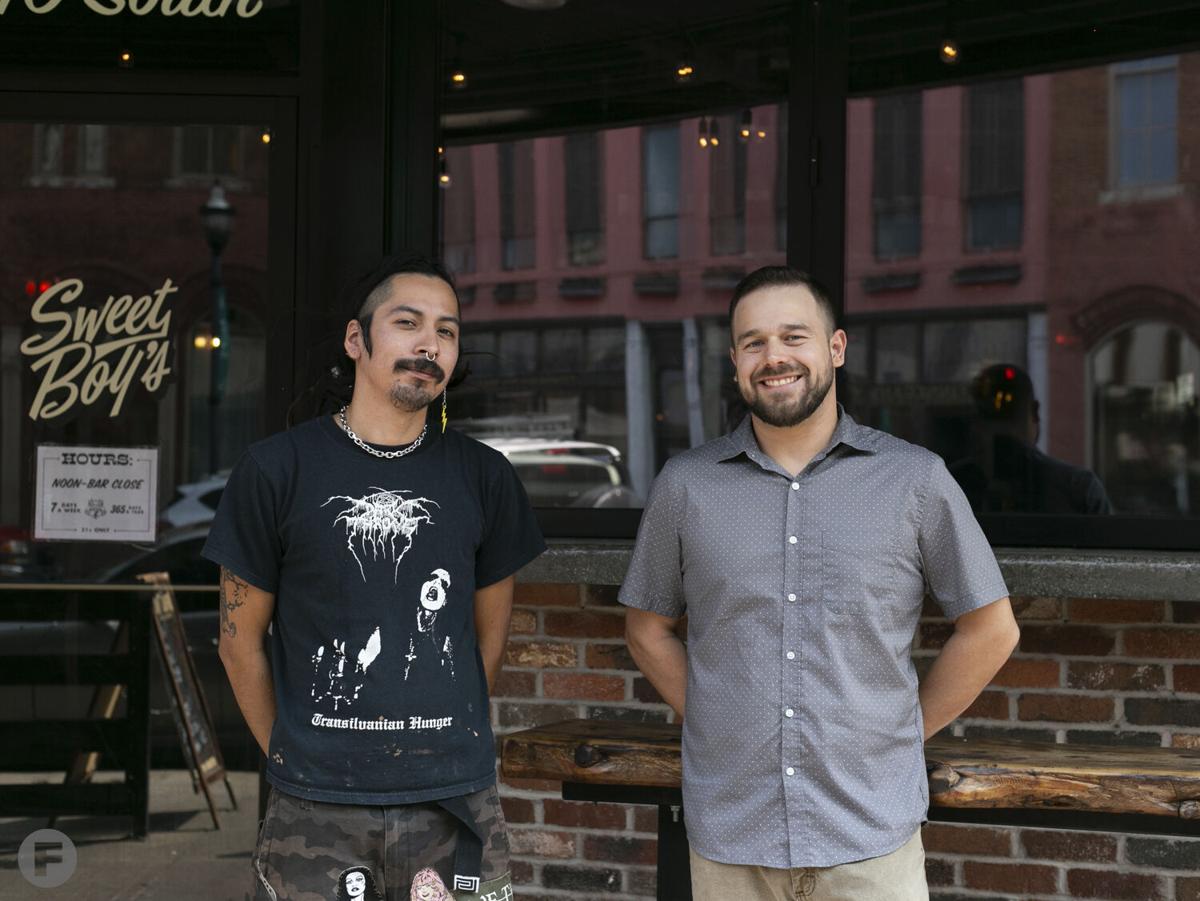 Before El Tamale Drip debuted in the back of Sweet Boy’s Neighborhood Bar in Springfield, Missouri, Miguel Guzman’s tamales already had a fan base.

Guzman first started dishing out his homemade tamales for friends to eat on Friday and Saturday nights after most bar kitchens had closed. He’d arrive with a packed cooler in tow, and as word of the tamales spread, their popularity grew.

Now, Guzman, along with his friend and business partner Phillip Ulesich, serves his signature street food at El Tamale Drip. The food stand operates in the back of Sweet Boy’s Neighborhood Bar, replacing Secret Sandwich Shop, as it’s moved to McDaniel Street.

Ulesich heard about the opening in the back of the bar on Instagram. Knowing the space doesn’t have a hood vent, he realized tamales would be the perfect item to serve there since they only require steaming. “[Guzman’s] tamales are always awesome, and they have quite a cult following,” Ulesich says. “So I reached out to him, and we decided to create this stall together.”

“I’ve been talking about doing this for years,” Guzman adds. “Here, I get the opportunity to do Mexican fusion, which I call ‘Ozarxican food.’”

Guzman taught himself how to make tamales by watching online tutorials, but he also incorporates his family recipes into some of the dishes that he serves at El Tamale Drip. The tamales de cochinita pibil, for instance, feature traditional Yucatán-style pulled pork. Guzman’s family is from the Yucatán Peninsula, but he draws inspiration from other regions, as well, with the hope of finding the perfect balance in his tamales.

“There’s California-style versus Texas-style versus New York-style,” Guzman says. “Every Hispanic region in Central and South America has its own take on tamales. For us, we try to keep a nice kind of consistency.”

Each tamale comes with your choice of housemade salsa, referred to as a “drip” on the menu. Besides the cochinita pibil, there’s also a green chile chicken tamale and cheesy vegetable tamale. Vegan? Try Jake’s Vegan “Beef” tamale with locally made plant-based protein, tomatoes and potatoes, which tastes remarkably similar to a meat-filled version.

While the eatery’s primary draw is the tamales, it also serves build-your-own nachos and vegetable-forward sides, including Tijuana cole slaw (cabbage, mayonnaise, lime and cilantro) and vegan caviar (black beans, corn, chickpeas, black-eyed peas, red onion, avocado and cilantro). If you’re craving something more classic, the queso made with smoked Gouda and green chiles proves that the sides are far from an afterthought here.

El Tamale Drip is open every day from noon to 1am. “What we’re looking to add to Springfield is late-night food,” Ulesich says.

“It’s like fast-food, but homemade,” Guzman adds. “Everything is made from scratch.”

Available at retail stores across Springfield, Mic Check Lager is now the official beer of The Cellar, the brewing company’s downtown bar and music venue.