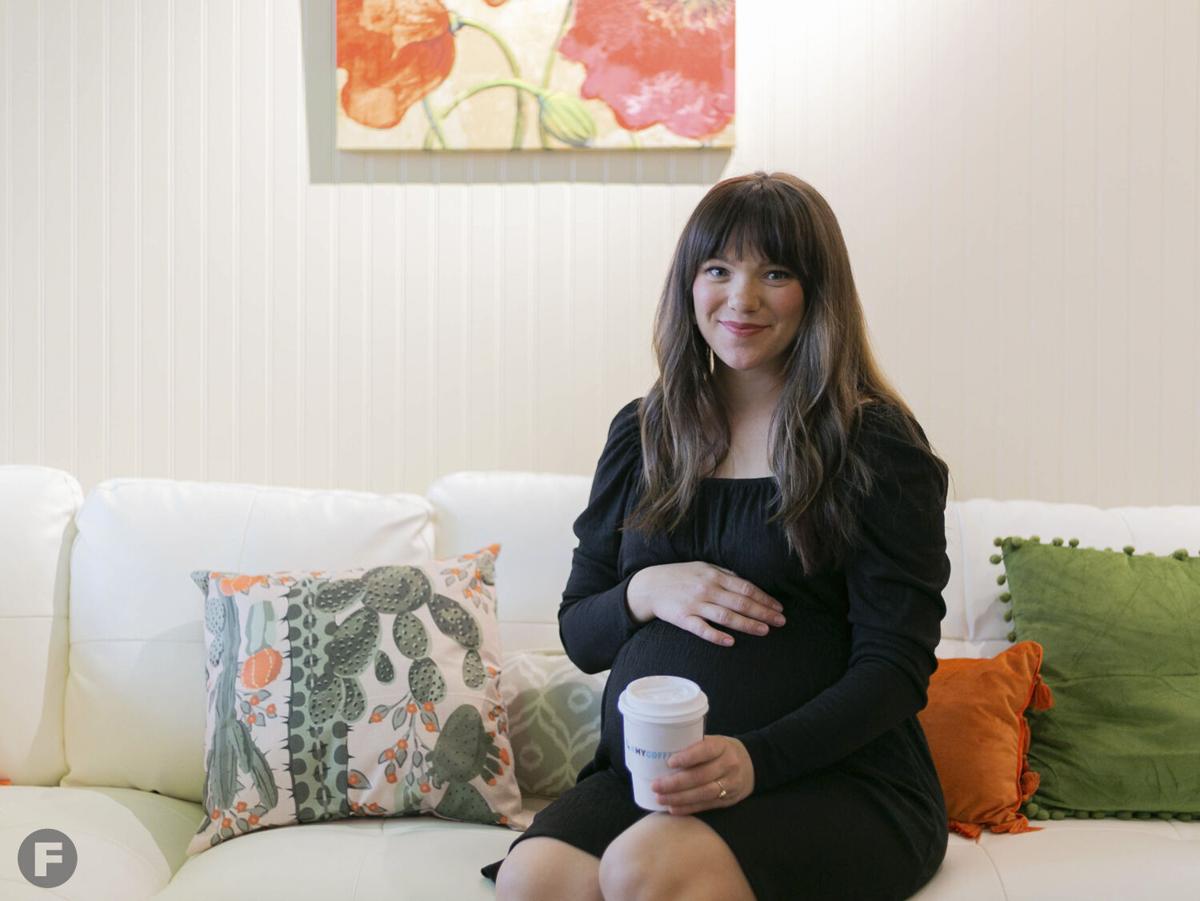 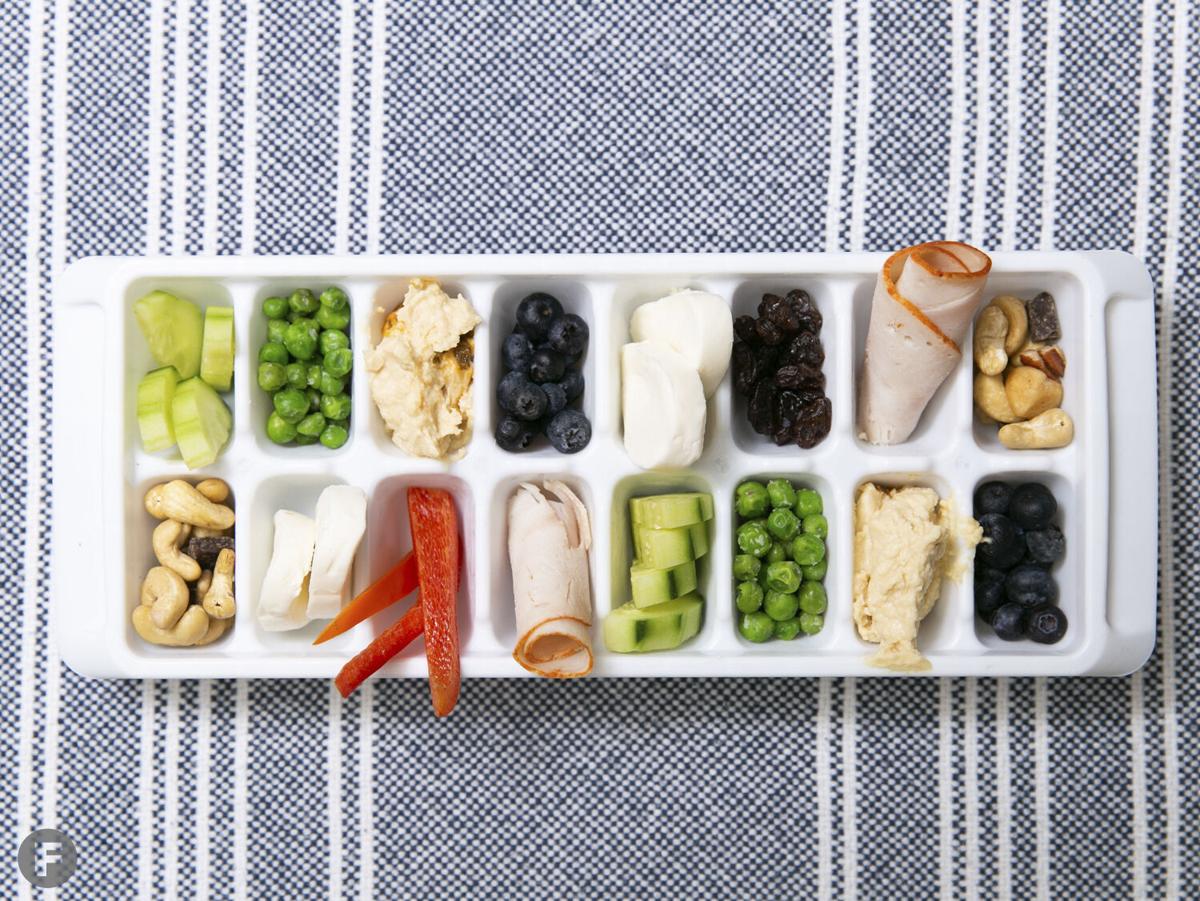 Bodenbach believes in providing kids with healthy food options and then letting them choose when and what they eat throughout the day. 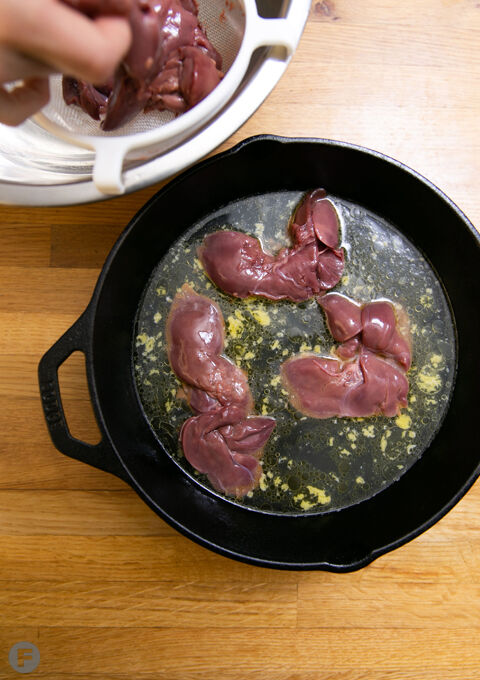 Most parents are surprised when their kids actually enjoy Bodenbach's liver recipe. 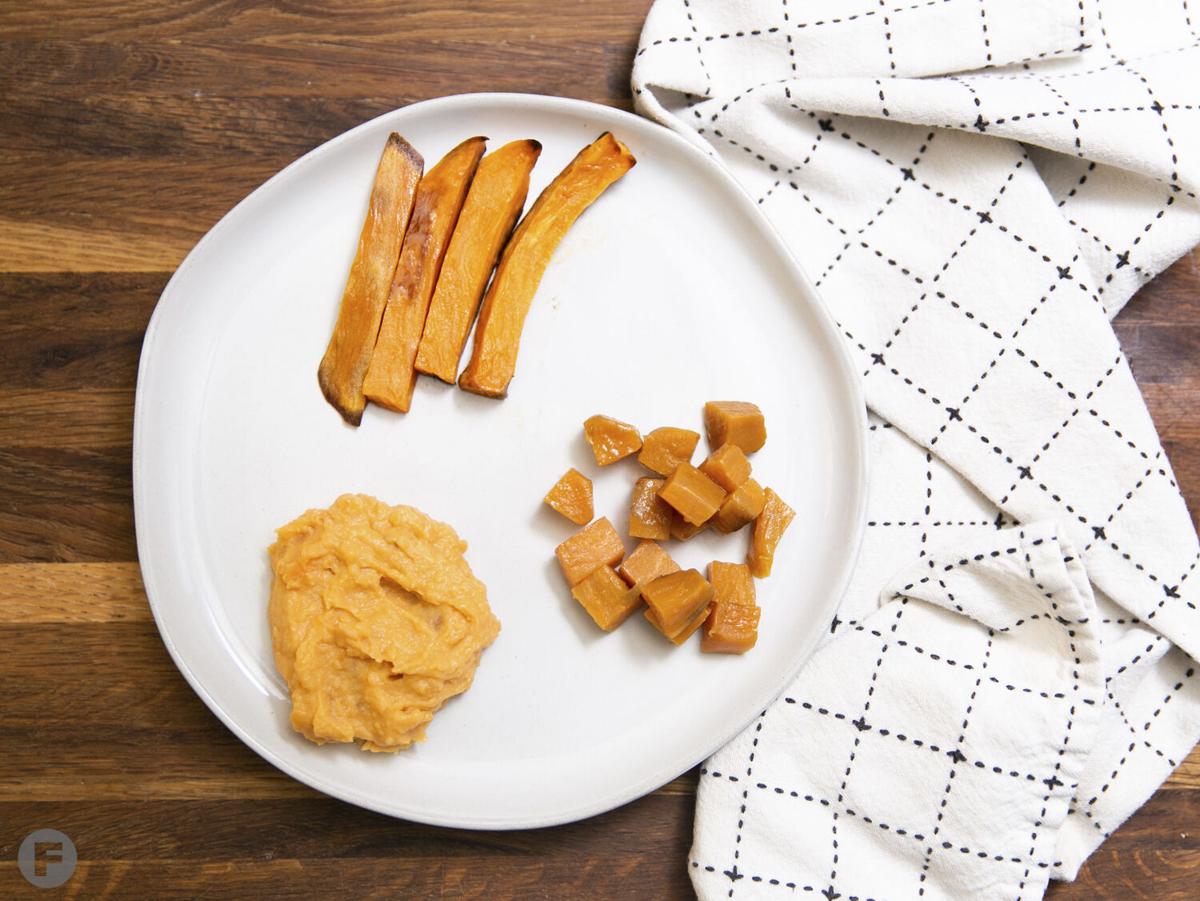 Kids make the “what’s for dinner” conundrum more complicated – but Leah Bodenbach can help. After earning her Bachelor of Science in nursing and working as a registered nurse in a traditional hospital setting, she decided to trade in her scrubs for cooking utensils. Now, Bodenbach works as a recipe developer and holistic nurse coach, specializing in healthy meals for babies and the whole family.

Bodenbach, who is currently expecting her third child, saw firsthand how a temporary elimination diet helped her son find relief from eczema. Through her coaching business, Blooming Motherhood, she’s seen the same happen for countless clients as well. Today, she works alongside pediatricians and allergists to create custom meal plans for kids experiencing skin and digestion issues.

In this interview, Bodenbach chats about her background, her new book, All-Organic Baby Food Cookbook, and how she gets kids to try new things.

Tell us about your transition from clinical nursing to preventive nutrition coaching? I always wanted to offer more than I could at the hospital. In my capacity there, I was working in the critical care unit and taking care of the acute needs of patients who were suffering with trauma from broken bones or head injuries or they were there because they were septic. Those aren’t things you’re going to focus on [treating] nutritionally. Dietary issues are not a primary concern at the time, but I always wanted to be able to follow up with that. I started [preventive nutrition coaching] on the side for about a year. Then, I was just doing PRN in the hospital for quite a while after my son was born. But I always hoped that I could grow it into something in order to be home with my kids more and not have to miss out on holidays. Now, I do it full-time.

What are some common childhood health issues your services help ease and prevent? Primarily, the kids that I work with are just starting first foods. I see them for eczema, constipation and food sensitivities. And I always work alongside their pediatricians, care teams and/or allergists to help them incorporate as many natural, holistic solutions as possible into their lives. Allergists typically don’t have people do any elimination diets or anything like that, but I see almost all of my clients have success with their eczema or their constipation or their food sensitivities on short-term elimination diets – and then they’re able to tolerate the foods later.

Last year, you published All-Organic Baby Food Cookbook. What is it about, and what can people learn from reading it? Half of the book is recipes and half of it is educational material. It’s primarily for kids that are starting solids. I wanted to provide information for that first year, from before they start first foods – around 6, 7 or 8 months – all the way through their first birthday and the transition to more family-style meals. A good portion of that is educational – just helping moms and dads to have realistic expectations of organic food and clean living without feeling guilty or pressured that they’re not doing enough. Mostly, we want to encourage parents to do what they feel is right for their child, and that doesn’t mean doing everything 100 percent organic all the time. I want to teach parents how to choose clean foods with fewer pesticides that are the most nutrient-dense for their kids, all on a budget. There are about 60 recipes for kids under one, but the other 60 recipes are for families. So even if you don’t have kids, there are nutrient-dense, health-conscious snacks and meals for [everyone].

Do you have a favorite ingredient with which you like to cook? In the past couple of years, I have been trying to figure out how to work with bone marrow. It seems like such a fancy food, but I wanted to find a way to easily incorporate it into meals because it’s full of heme iron. It has a fatty flavor, like butter, but with a little bit of meatiness. The best thing I’ve made with it – which my whole family loves – is banana-marrow fritters. It sounds super weird to mix meat and fruit, but you can’t taste the marrow at all. Marrow is basically a fat, so when you put it with the bananas and the other ingredients, it’s like a fritter. It’s crisp on the outside, creamy on the inside and fries up really [well]. It’s so good with butter and maple syrup.

What are some of the foods that parents are surprised to learn that their kids love? Liver. When their kids are starting on solids, parents often say, “I’m not sure about this liver recipe you’re giving me.” When they follow up, they say, “My kid is loving the liver.” Some people have such an aversion to strong flavors, but the more exposure kids get to strong flavors, the more likely it is that they will eventually enjoy those foods.

What was your own experience with food as a child? While we ate Kraft mac ‘n’ cheese, we also ate food from the garden, so it was kind of this balance of “yes, you can eat Oreos, but you’re also going to eat garden-fresh vegetables.” My dad’s side of the family was very into the culinary scene, and my Pa-Paw, my dad’s dad, actually wrote a small cookbook. They were just really into cuisine and cooking together, so they did a lot of that. Growing up, food was always a really big part of everything we did.

Do you have any tips for cultivating culinary curiosity in kids? It starts from just letting go. For me, I want to have control and order in the kitchen, but I know that by maintaining control over the mess in the kitchen, it won’t encourage that exploration or love of food. [With my kids] I started when they were young enough to stand and just had them prep vegetables with me, just watching and helping me sift through a bowl and cut things. One of my kids is more interested than the other, so I just follow her lead. If she asks to help, nine out of 10 times I say yes. I think it’s been helpful to have kid-safe products, too, like kid-safe knives.

How do you balance encouraging your kids to eat healthy with letting them make their own food choices? [Giving them] healthy options throughout the entire day is huge. They’re choosing from what you’re offering, so if you’re offering good things, they’re not going to be ruined when you offer a treat. I’ve noticed that the more autonomy they have, the more they actually know their limits. Sometimes they will choose to eat the carrots over the candy or tell me that they are craving broccoli. They’re not always just asking for treats. When you restrict sweets, they develop more desire and curiosity about them. Adults I’ve talked to who were denied sugar and treats growing up say they have such a sweet tooth. Adults who had less restrictions tend to have healthier habits and more positive relationships with food. I want that for my kids. I want them to enjoy treats, so at birthday parties, they’re going to have a cupcake. I’m not going to say my kid can’t have that cupcake unless they have a severe allergy.