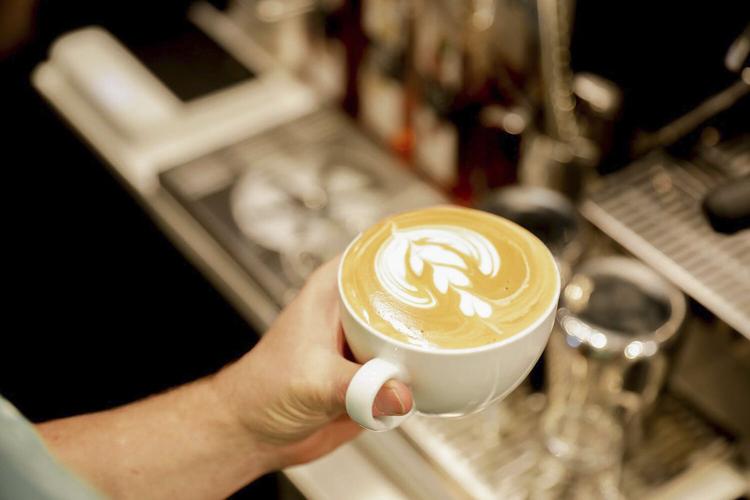 All of BB Coffee Lab's coffee is sourced from Prescription Coffee Lab. 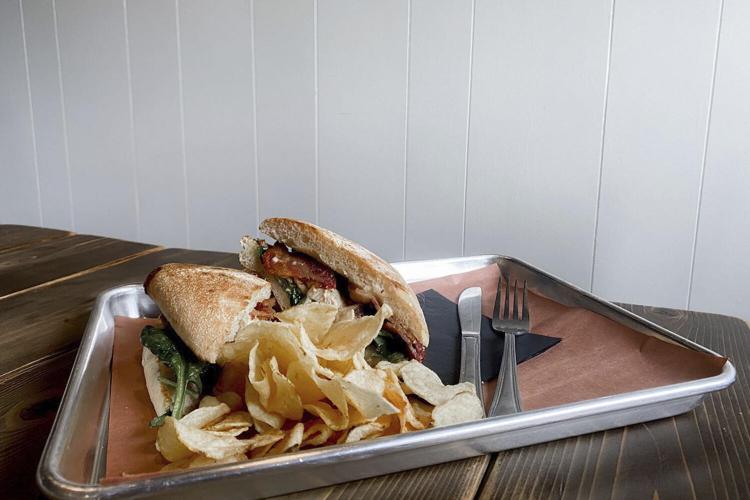 Sandwiches, like the chicken bacon ranch, are available at the shop for lunch. 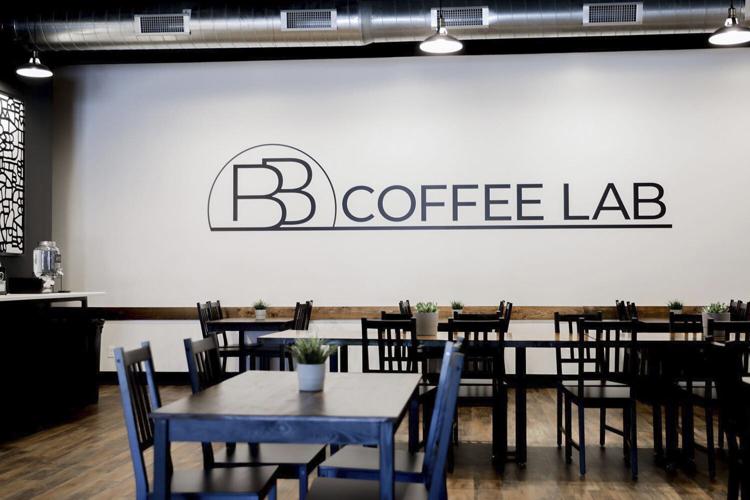 BB Coffee Lab's building has served many purposes, including as a church that the owners got married in.

The clean, minimalist style of BB Coffee Lab invites guests inside for an iced latte or a breakfast sandwich. Opened in August by husband-and-wife team Beau and Ashley Bekemeier, Beau says that their goal is for the shop to be a great gathering space for the town of St. Clair and a place that people feel welcomed.

The story of BB Coffee Lab starts long before 2021 – in fact, the Bekemeiers were married in the building that now houses their coffee shop. Before they bought and transformed the building, which was originally built in 1948 as a skating rink, it went through several incarnations, eventually serving as a church.

“Since we were married in this building, it has a soft spot for us,” Beau says.

Route 66 runs directly in front of BB Coffee Lab, which means that travelers from all over the U.S. stop to see if the coffee is as good as it looks.

“We get to see a lot of people passing through. Last week we served a group of six bikers that flew to Missouri to bike Route 66,” Beau says.

BB Coffee Lab features both hot and iced coffee drinks, smoothies, pastries, breakfast sandwiches and a full lunch menu with salads, sandwiches and soups. In the future, the Bekemeiers plan to add a health-focused line with protein drinks and teas. BB Coffee Lab also has a drive-thru, and many customers pop in on their way to work for coffee and a pastry.

“We tried to keep it simple and not overdo it,” Beau says. “Everything we’re making has both great quality and great taste. We focus on quick service but not fast food.”

Customer favorites include the ciabatta bacon and egg breakfast sandwich and the turkey bacon avocado sandwich drizzled with honey sriracha mayo for lunch. The iced white chocolate mocha is a popular choice in warmer weather, and the blackberry-vanilla latte and lavender-vanilla latte are both seasonal favorites. And all of the shop's coffee is sourced through Prescription Coffee Lab.

“The quality of his coffee is great, and he’s meticulous,” Beau says. “He sources directly from Costa Rica, Ethiopia and other locations.”

In all of BB’s coffee drinks, the goal is to use a quality coffee that is not overly bitter and syrups with a real sugar base that allow the coffee to stand out. One customer described the lattes as “exploding with flavor.”

“The quality we’re providing and space itself are unique,” Beau says. “We really wanted to make it feel like it’s extremely comfortable, but everything about it is high-quality. This looks like a shop that should be in the city, but it’s in a small town.”

All of BB Coffee Lab's coffee is sourced from Prescription Coffee Lab.

Sandwiches, like the chicken bacon ranch, are available at the shop for lunch.

BB Coffee Lab's building has served many purposes, including as a church that the owners got married in.