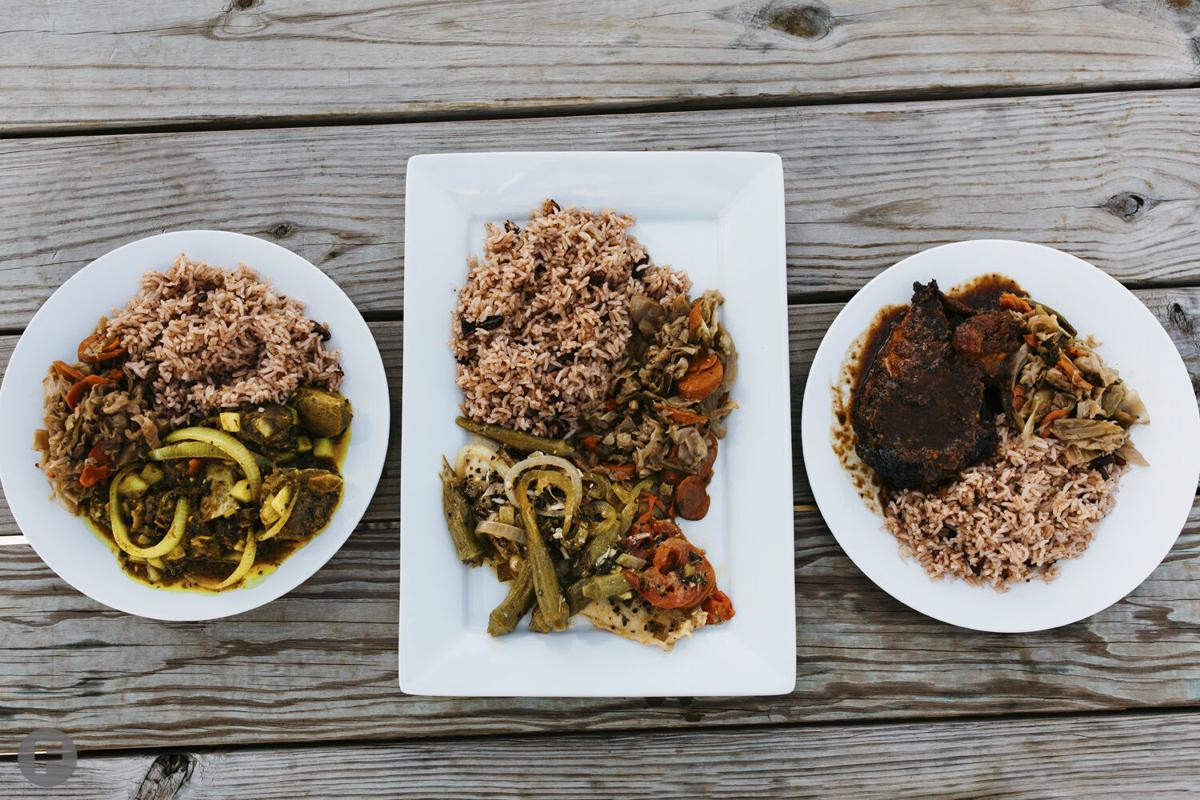 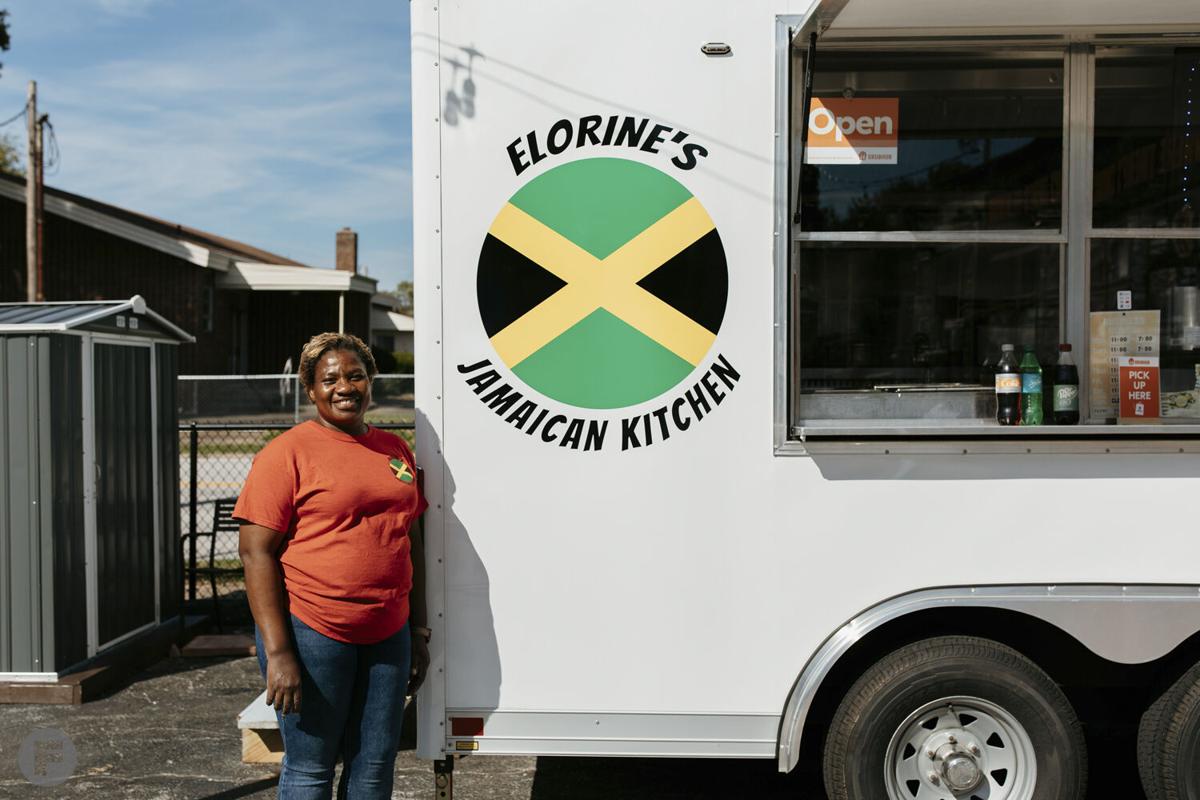 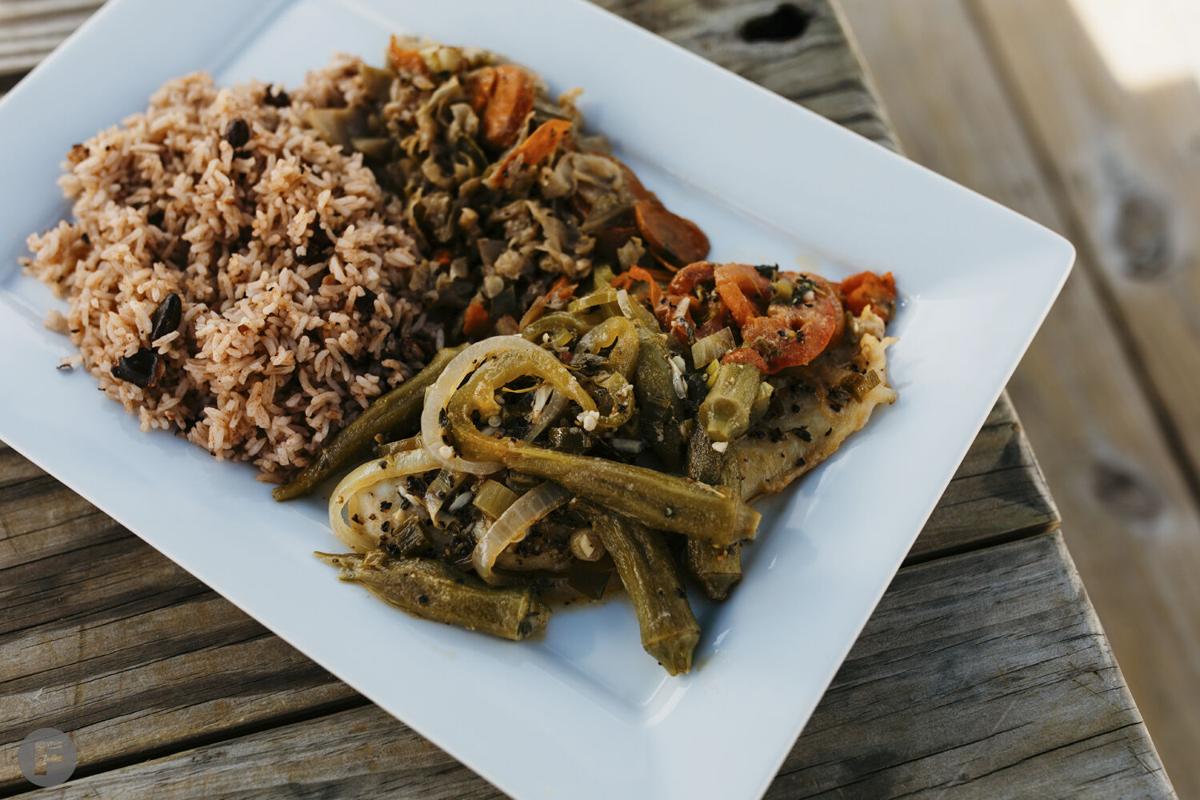 The steamed fish with okra from Elorine’s Jamaican Kitchen. 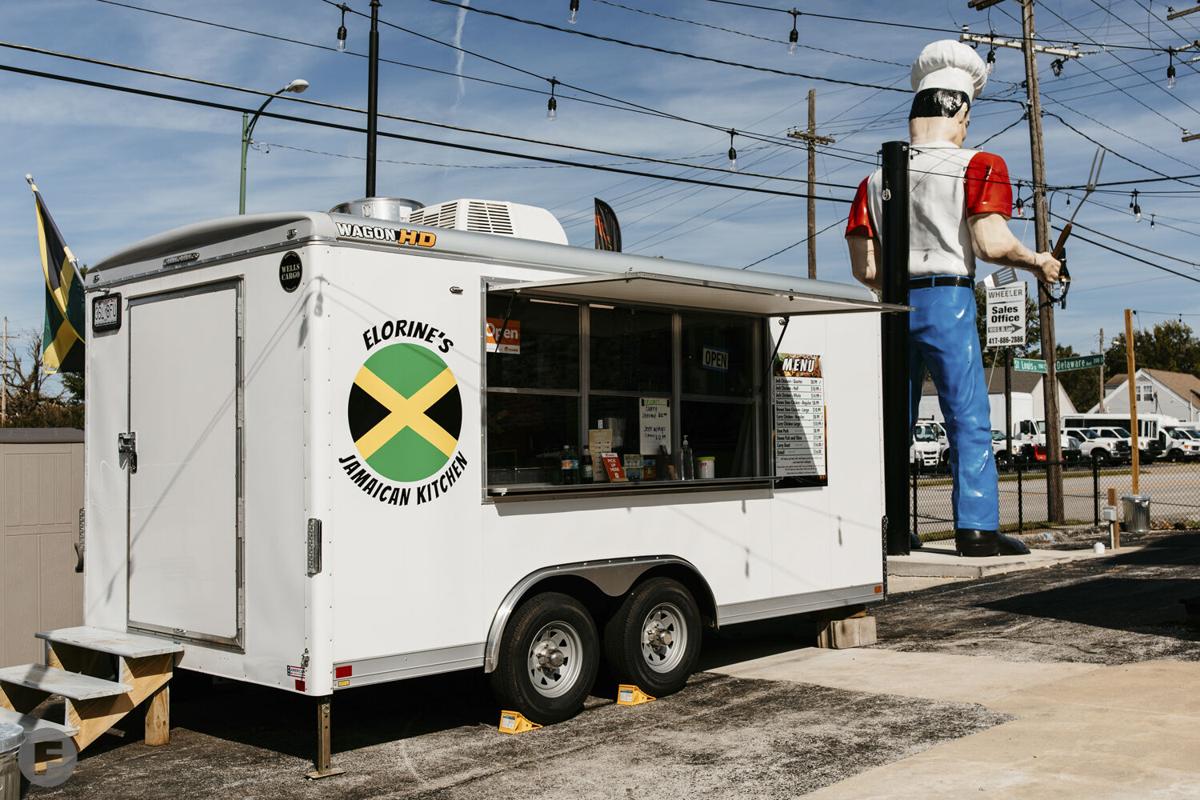 Elorine’s Jamaican Kitchen opened in May, serving homemade Jamaican food with a smile. Besides the curry chicken, the jerk chicken and the curry goat are some of the top-sellers, alongside the rice and peas, which are cooked in the traditional way with coconut milk.

If you’re averse to heat, try the brown stew with chicken, oxtail stew or curry shrimp, all tamed by coconut milk. The steamed fish with okra has also garnered praise.

For owner Elorine Gainer, cooking was a necessity when she was growing up. She was raised by a single mother who worked long hours, so a young Gainer took it upon herself to make meals for her four siblings.

“It was really tough,” Gainer says, “but in Jamaica, you just learn to do things.”

By age 13, she was cooking Sunday supper not only for her family but for members of their church, as well. Now, Gainer has four children of her own, and they were part of the reason she finally launched Elorine’s Jamaican Kitchen.

“I’ve gotten better and better,” she says. “My kids’ friends always come over to eat – sometimes there’s 15 boys in my house – and they always say my food tastes so great. My kids and my friends just encouraged me to start a restaurant.”

Cooking has become a point of pride for Gainer, and it’s also her greatest pleasure. “I found what I was meant to do,” she says.

14 Mill Market, a new food hall, is coming to Nixa

The southwest Missouri food hall will feature 10 stalls offering a diverse selection of food and drinks.

The large, oval Danish pastry is made with 39 layers of buttery dough and filled with everything from cream cheese to fruits to chocolate.

Indulge both your plant and caffeine fixations at Green House Coffee + Affogato Bar in Springfield, Missouri

After slinging pies from her cheery yellow Pie Wagon for a year and a half, pastry chef Dani Hunnell recently moved her operation into The Royal on Cherry Street.

The steamed fish with okra from Elorine’s Jamaican Kitchen.