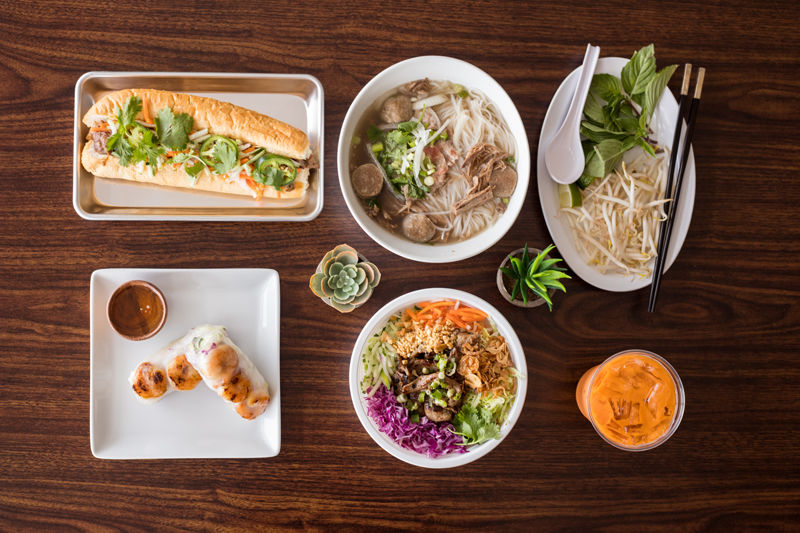 The fast-casual Vietnamese eatery DD Mau is slinging out soul-warming pho, palate-pleasing bánh mì and delectable fare faster than that time it takes to read through the entire menu at other places around town. 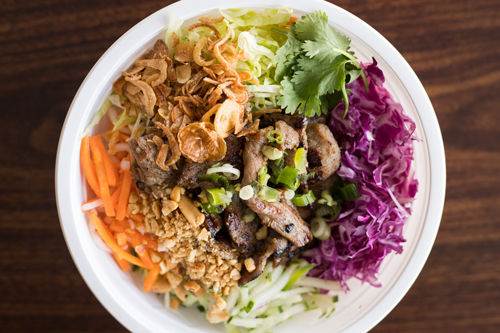 The beef vermicelli bowl at DD Mau is served with vermicelli noodles, topped with choice of protein and garnished with fresh veggies. 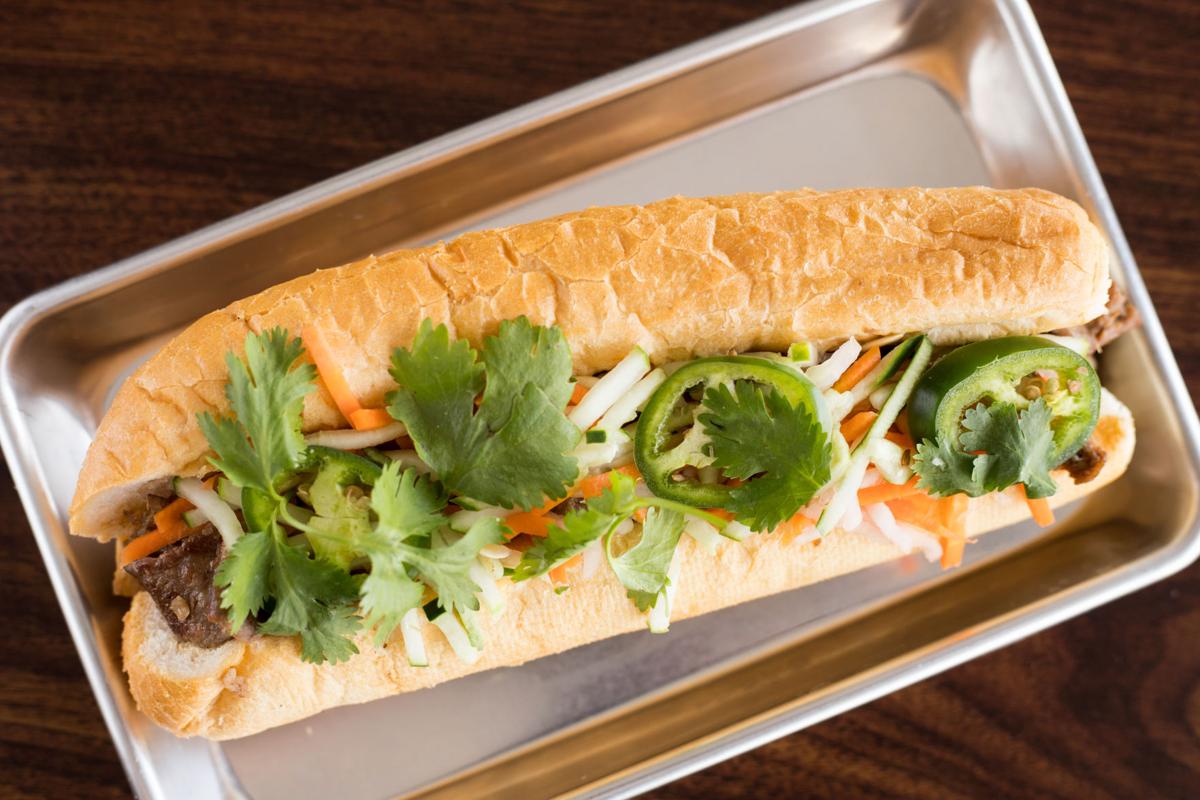 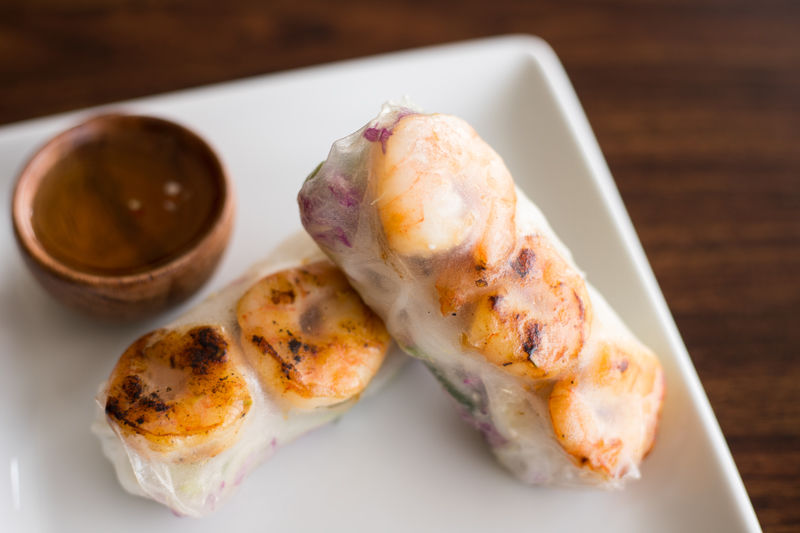 The fast-casual Vietnamese eatery DD Mau is slinging out soul-warming pho, palate-pleasing bánh mì and delectable fare faster than that time it takes to read through the entire menu at other places around town.

The beef vermicelli bowl at DD Mau is served with vermicelli noodles, topped with choice of protein and garnished with fresh veggies.

Celebrating its first anniversary this month, DD Mau has quickly made a lasting impact on the dining scene in the St. Louis metro. The fast-casual Vietnamese eatery is slinging out soul-warming pho, palate-pleasing bánh mì and delectable fare faster than that time it takes to read through the entire menu at other places around town.

Owner Julie Truong opened DD Mau last February and has rapidly seen her unique concept take off in popularity. Wanting to show some appreciation to the suburbs of St. Louis while also championing for healthier and lighter cuisine that didn’t sacrifice authenticity or taste, Truong chose to open her restaurant in Maryland Heights, Missouri.

“I felt the suburbs needed love, too,” Truong says. “There was nothing healthy here, only lots of fast food, and this area needed some healthy options. I felt there was an opportunity in fast-casual – you don’t see that often in Asian food.”

DD Mau went through a very soft opening; however, it didn’t take long for patrons to start steadily filing through the doors and clamoring for her fresh, authentic and – above all – delicious takes on classic Vietnamese dishes.

The menu utilizes a plethora of fresh vegetables prepared daily along with lean, grilled meats replete with flavor. The recipes, passed down from Truong’s grandmother, remain true to their origins while undergoing some minor tailoring to accommodate the restaurant’s concept.

Truong credits her aunt and mom for learning all of the family recipes from her grandma and then passing them along to herself. Many of the restaurant’s menu items evoke nostalgic memories of her grandma preparing the same dishes, particularly the grilled meats that appear throughout the menu. Truong recalled her childhood memories of how the matriarch would slice, season and prepare grilled meats to impeccable perfection every summer for the family.

Although everything on the menu is delicious, Truong considers her pho top-notch. Just don’t ask for the secret that makes her pho different from everyone else around town; all she would divulge is the broth utilizes traditional ingredients, but she builds the broth and its rich flavors in unique steps. Her pho is such a closely guarded secret that the rest of the staff isn’t even involved in its preparation.

For its anniversary, DD Mau is planning a series of specials throughout February. Starting on Thu., Feb. 7, there will be specials every Thursday, Friday and Saturday. On Thursdays, guests can order buy-one-get-one-half-off bowls – vermicelli, rice or salad bowls. Every Friday, the restaurant will feature buy-one-get-one-half-off bánh mì. Lastly, every Saturday in February, visitors will get a complimentary egg roll with their purchase of a bowl.

In addition to these deals, DD Mau will roll out some new menu items such as a traditional bánh mì, sweet potato shrimp fritters and a vegan style of chicken as a counterpart to their vegan style of beef. Furthermore, the restaurant will add vegan coconut jello and corn pudding for dessert.

The only thing more welcoming than the food at DD Mau is Truong herself. Filled with energy and passion, Truong exemplifies the balance of talent in the kitchen along with the personable demeanor that gives guests the feeling of sitting down to a dinner in her own home. Add in the fact the dining room television was playing the original Star Trek series, and you’ve got an amalgamation of scrumptious food, personable service and charming atmosphere unparalleled in the fast-casual world.

Daniel Puma is a contributor for Feast. He has a penchant for board games, a soft spot for dogs and a strong hatred of beans.