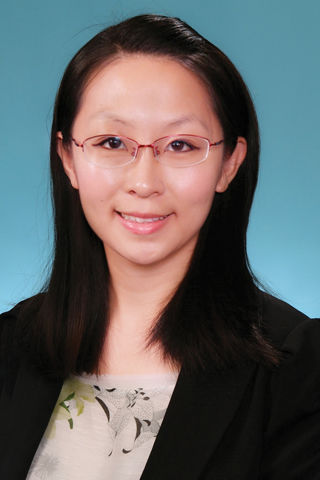 Yogurt has been the darling of the dairy aisle for years now, and a glimpse at its nutrition label reveals why: It is packed with ingredients that help keep your body healthy and strong. Calcium is among yogurt’s most vital nutrients. It’s a boost for teeth, bones and muscles, and it goes a long way in reducing the risk of osteoporosis later in life.

Yogurt is also a surprisingly good source of protein—particularly Greek yogurt, which has twice as much protein as traditional yogurt. In a country like ours that adores red meat to a sometimes unhealthy extent, Greek yogurt is a terrific way to consume protein without filling a grill with burgers and steaks. Protein is also satiating, which leads to less snacking and fewer calories consumed overall. Keeping weight in check is one of the most important ways to reduce the risk of many types of cancers, including breast and colon. Maintaining a proper weight also lowers the risk of heart disease, cholesterol and diabetes.

Greek yogurt not your thing? Traditional yogurt has a lot going for it, too. “Yogurt is high in B vitamins and the minerals potassium and phosphorous,” says Dr. Yin Cao, an assistant professor of surgery atWashington University School of Medicine. “B vitamins provide our bodies with energy, and potassium and phosphorous help us maintain blood pressure, metabolism and healthy bones.”

Yogurt is known for containing probiotics—live bacteria (such as yeast) that are thought to be good for general health. It wasn’t very long ago that “probiotics” was a term known mostly by scientists and registered dieticians. These days it’s a word that pops up everywhere—no wonder people are curious about what probiotics actually do. “There are a growing number of studies about the consequences of yogurt, but it’s difficult to tease out the specific benefits of each kind of probiotic,” says Dr. Cao, “but more and more studies about microbiomes are taking place. It is research that scientists and non-scientists are both really interested in.” In general, evidence suggests that yogurt containing probiotics can elevate the immune and digestive systems, and it might help reduce inflammation too.

While yogurt’s advantages are many, it’s important to keep in mind its potential downsides. “Remember that yogurt manufacturers often add sugar and flavoring, which can minimize the health benefits. A lot of yogurt comes in nice flavors, but sugar isn’t great for health, so that needs to be considered,” Dr. Cao says. “To get the most from your yogurt, make sure to look for kinds made with natural ingredients,” she advises. Plain yogurt also makes a great palette for mixing in your favorite fruit, nuts or granola. It’s a tailor-made way to kick off your day – and pack in plenty of good-for-you nutrients to boot.

Though almond milk only accounts for about 5 percent of all milk consumed in the United States, it is by far this country’s favorite cow’s milk stand-in. Almond milk has experienced a growth of more than 250 percent since the start of this decade, so it makes sense that almond yogurt’s popularity has followed close behind. Made with almond milk and live bacteria cultures, this yogurt is high in vitamin E, calcium and fiber, and it has a pleasantly sweet, nutty flavor.

When it comes to texture, Australian yogurt (yoghurt to the locals) has a neutrality that’s more commonly associated with Switzerland. Like traditional yogurt, this kind is strained as it’s made, but its body is more substantial. That’s because whole milk gives it a thick, rich texture – but not quite to the extent of Greek yogurt. Australian yogurt is famously creamy, and honey is often added to further enhance its luxurious taste. There’s a reason this kind is also known as “gourmet yoghurt” Down Under.

Fans of tart and creamy goat cheese will find much to like in goat milk yogurt, as will people who are lactose intolerant or have cow’s milk allergies. Because goat milk tends to be thinner than cow’s milk, the texture will also be quite different from traditional yogurt. In fact, some types of goat milk yogurt are so thin they are easier to drink than they are to eat with a spoon. But what this yogurt lacks in heft, it makes up for in character. With a flavor that’s earthy, funky and all its own, goat milk yogurt is worth a try.

Yogurt’s common denominators are fermented milk and the addition of active cultures – the organisms that keep your gut happily humming along. Replace traditional yogurt’s cow milk with soy milk, water and sugar, and the result is soy yogurt: a non-dairy product that’s usually suitable for vegan diets. But be sure to check the label. Vegan yogurts will be clearly identified as such. It’s also a good idea to see if the brand has been fortified with essential nutrients, like calcium or vitamin D, both of which promote bone health.