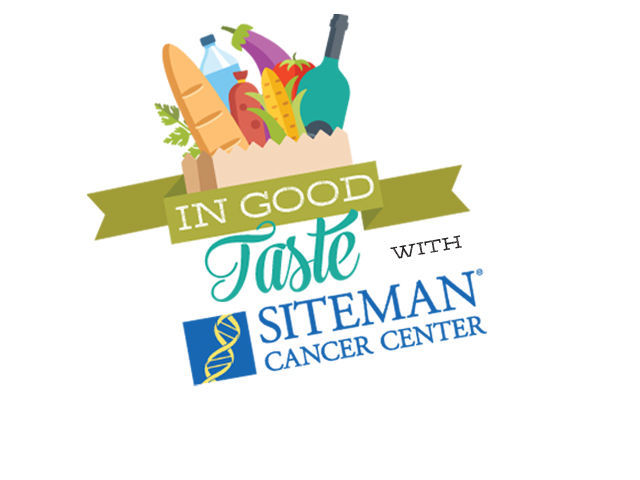 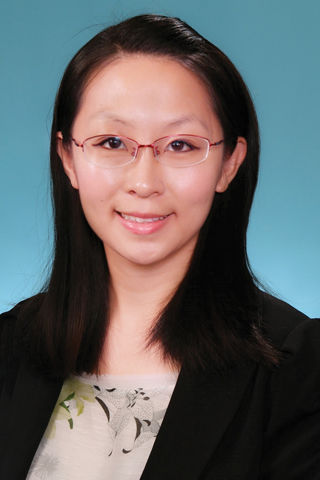 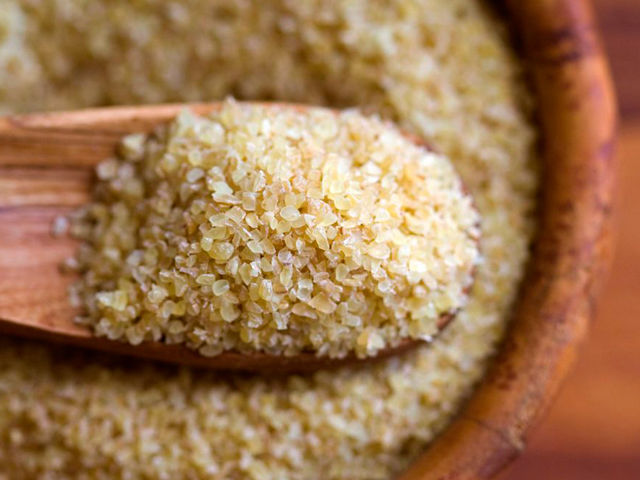 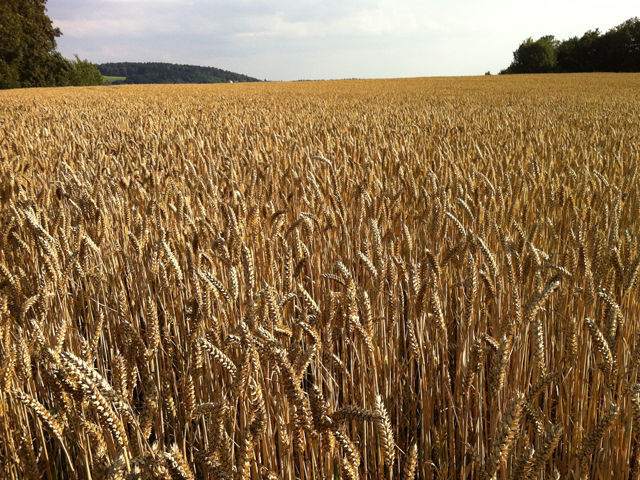 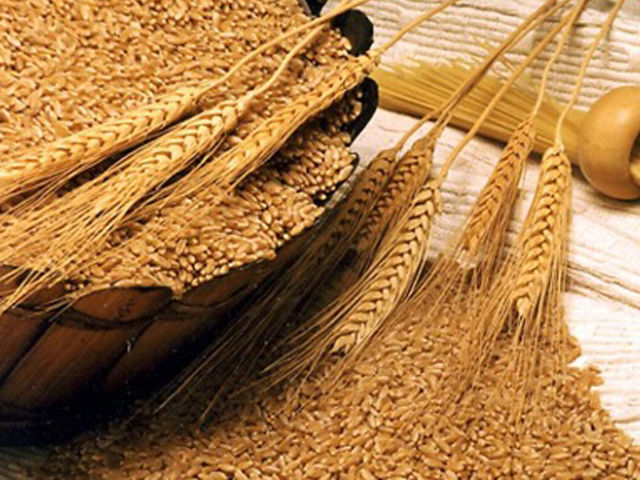 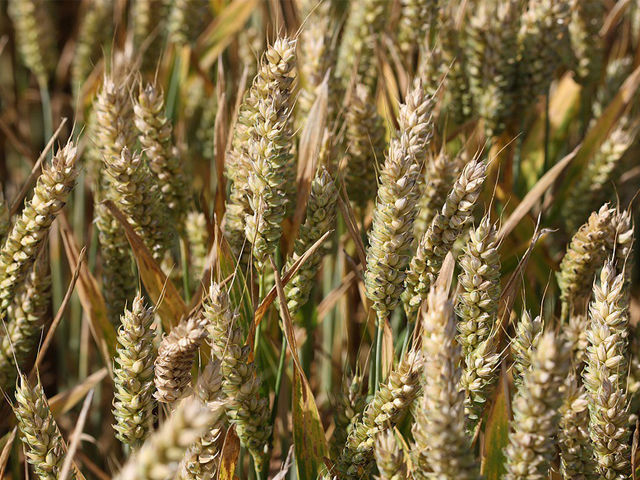 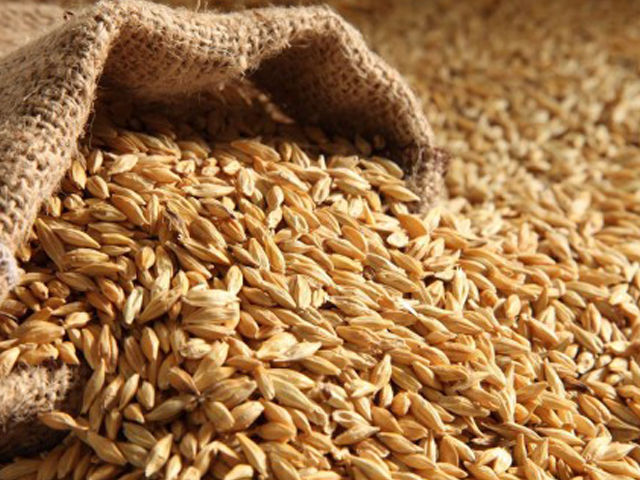 Missouri is right on the handle of the country’s breadbasket. Wheat grows so extensively in this region it’s easy to forget that there have been times throughout U.S. history when the government has asked Americans to scale back consumption to help conserve food, such as Wheatless Wednesdays during World War I. These days, people are reducing their intake of wheat for a variety of reasons: Some have sensitivities or intolerances to wheat or gluten, and others simply prefer a more protein-heavy diet.

But wheat and wheat-based products are not all bad (assuming you don't have a prohibitive allergy or disease, of course), and they can be an integral part of a healthy diet. Wheat is high in fiber, contains many important nutrients, and has been found to lower the risk of diabetes, heart disease, and breast and colorectal cancers.

The number of choices can be dizzying. “There are many kinds of wheat, so make sure to buy and eat whole wheat, sometimes also labeled as whole grains. This type of wheat has the most nutritional value and bang for your buck,” says Dr. Yin Cao, assistant professor of surgery at Washington University School of Medicine. “Let the food labels be your guide. It's really the only way to know for sure what you're getting. Look for foods that have listed as the first ingredient on the label ‘whole’ or ‘whole grain.’ Words like ‘multi-grain’ or ‘wheat’ do not necessarily mean the product contains whole grains.”

Whole grain means that all parts of the seed — the germ, bran and endosperm — are retained. When grain seeds are refined, they’re stripped of the germ and bran — and many of the important nutrients that come with them. These include fiber, folic acid and selenium, all of which are linked to better odds of overcoming disease.

Products labeled multigrain indicate that there’s more than one kind of grain present — and they’re likely refined grains. “A lot of bread says they have several grains, but you really need to look if whole grain is in there — it’s the only one that’s beneficial for chronic diseases,” says Dr. Cao. “And that’s not something you can tell by just looking at a loaf of bread. You need to read the label.” Whole grains are full of healthy oils, so they tend to spoil quicker than refined grains. Dr. Cao advises storing them in airtight containers in cool places.

If whole grains are new to you, Dr. Cao recommends incorporating them into your diet slowly to help make the transition easier. There are plenty of ways to start: with oatmeal; whole-wheat bread; brown, red, or black rice; or whole-oat cereal to name just a few. “Whole grains have a great, complex taste, but they do taste different than the refined grains many of us are used to,” Dr. Cao says.

The holidays provide countless opportunities to bring wheat to the table in new ways, enriching your meals and your health at the same time.

Your Guide to Wheat

This versatile whole wheat has two significant traits that set it apart: It has already been cracked — that is, ground into smaller pieces — and cooked. (Wheat berries are the same grains, but they’re whole and uncooked.) It’s a food that checks many boxes for the health conscious. Bulgur is vegetarian, vegan, high in fiber, and low in fat and calories. But that doesn’t mean it’s fussy to prepare. Because it comes parboiled, bulgur cooks in a snap. Try your hand at homemade tabbouleh.

As its name suggests, common wheat accounts for the vast majority of wheat produced worldwide. Finely ground into flour, it can be the basis for nearly every kind of baked good, so much so that it’s also known simply as bread wheat. Though common wheat is what comes to mind when you envision “amber waves of grain,” it first cropped up some 14,000 years ago in Western Asia. The United States didn’t establish itself as a major exporter until the late 1870s — and “America the Beautiful” was penned just a few years later. Wheat continues to be a vital export for this country: This year the U.S. will produce some 50 million metric tons of it.

From tiny studs of ditalini to long, luscious ribbons of pappardelle, hearty durum wheat is the source of semolina flour — the building block of pasta — and a hero to carb lovers around the globe. Pasta is synonymous with Italy, but the Upper Midwest and Canada are the world’s biggest producers of durum wheat. Other European countries use it in sweet desserts and savory pancakes, and in North Africa, it’s used for couscous, an indispensable part of the region’s culinary tradition.

It had long been suspected that einkorn was one of the world’s oldest domesticated plants, but it was confirmed in the 1990s when traces of the food were found in the exceptionally well-preserved body of a man, nicknamed Ötzi, who lived around 3200 BCE. Since then, Ötzi has provided scientists with invaluable clues about how people during the Copper Age lived, dressed and ate. (Conversation fodder: Ötzi himself now resides at an archaeology museum in northern Italy, and his likeness is etched into Brad Pitt’s left forearm.) More recent years have seen einkorn’s popularity rise. It is naturally low in gluten and works beautifully in recipes from cinnamon rolls to tortillas.

Call it “the little emmer that could”: This wheat just might be the food that helps save the planet. For one, it’s hearty and a prolific producer. Emmer can grow in the most inhospitable environments, such as mountainous terrain, and can thrive even in poor soil. It’s also resistant to many strains of disease. That’s great news for humans and livestock — it can feed both, and in so doing, has been a tremendous boon to rural and densely populated areas alike. Emmer has a subtly nutty quality. It’s commonly used in breads and soups throughout Western Europe and is steadily gaining popularity in the United States.

MORE FROM IN GOOD TASTE: