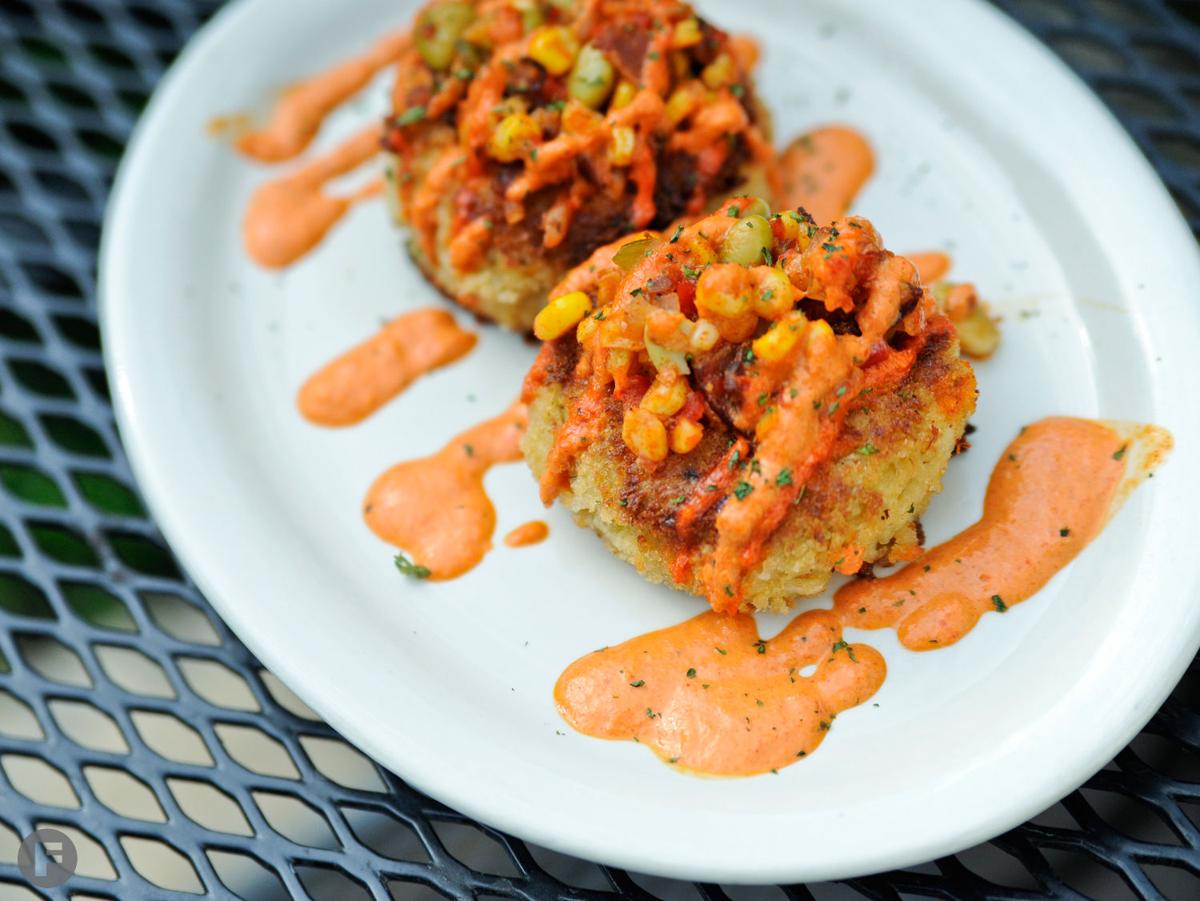 The Galway Bay Crab Cakes at McGurk's are made with blue crab, sweet corn and double-smoked bacon. 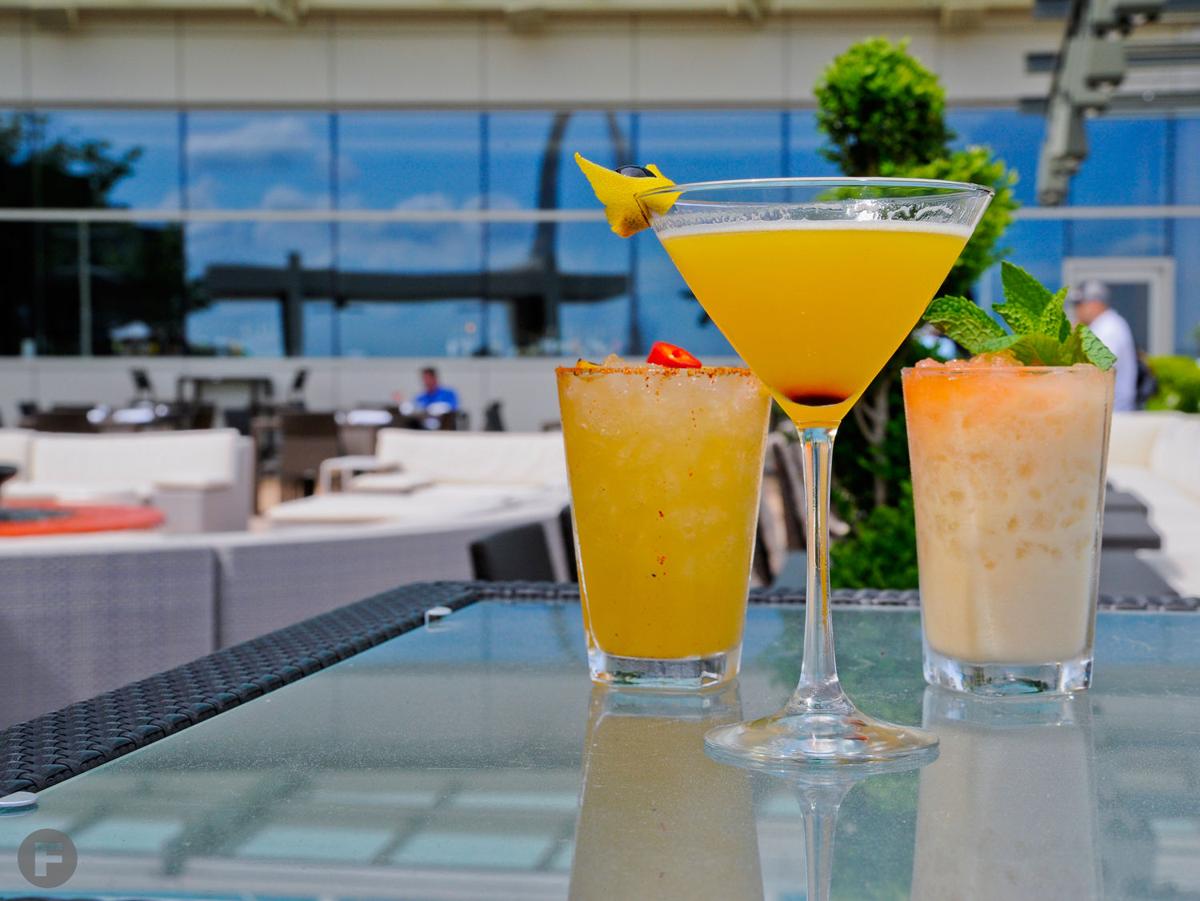 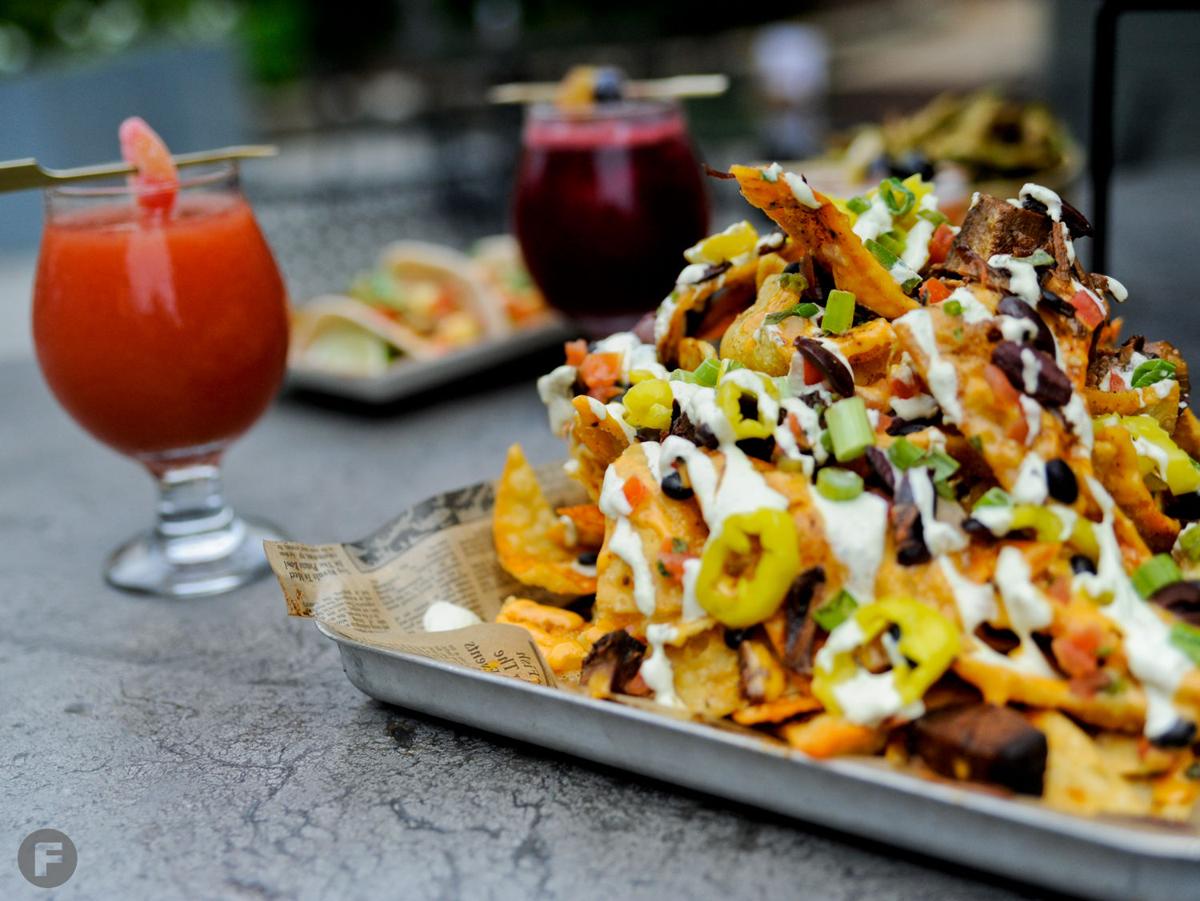 Take your pick of the patios: Across St. Louis, you can dine outdoors with sweeping rooftop views of the Mississippi River, amid a beautiful shaded garden at an Irish pub, in between friendly competition in classic backyard games – and many more.

Winning numerous local awards for its patio, John D. McGurk’s – or just McGurk’s, as it’s known to locals – is a tried-and-true destination for dining alfresco. The sprawling Soulard biergarten is filled with bubbling fountains and waterfalls, fresh greenery, occasional live music, shaded seating and three bars for quick service. John “Lucky” McAteer is one such barman happy to pour a pint of Guinness. Growing up in Ireland (with the accent to prove it) and a McGurk’s employee for 26 years, McAteer is just one element of the authentic Irish pub experience at McGurk’s.

“McGurk’s has been here 41 years now, owned by the same family – that says something about the place,” McAteer says.

Although the darkly lit, cavernous interior, with its stained-glass windows and commanding central bar, contains the trappings of the consummate Irish pub, stepping outside is a transformative experience.

“This patio has everything… the trees, the pond, the TVs, the waterfall… and not to knock anyone else, but it’s got so many things a lot of other patios don’t have,” McAteer says.

The full menu of Irish and British specialties like corned beef, fish and chips, and bangers and mash are served on the patio, but lighter options like salads and appetizers are also a hit in the warmer months. Try Galway Bay Crab Cakes with blue crab, sweet corn and double-smoked bacon, or the baby spinach salad topped with snap peas, Mandarin oranges, carrots, candied cashews, crispy wontons and a sweet chile vinaigrette.

Perhaps you’re hoping to work up an appetite with a little friendly competition on the patio at lunch, after work or for late night. Westport Social is a bar and gaming lounge in Maryland Height’s Westport Plaza with an array of ways to keep you entertained. Retractable doors open up between the front bar and patio, where you can watch the game on the one of the five outdoor TVs or play a round of giant Jenga, cornhole (also known as bags) and snookball – essentially a mashup of pool and soccer. Heaters and fire pits ward off late-night chills, and there’s plenty of cushioned bench and high- and low-top table seating for catching up (or catching your breath) under the string lights.

“The thing I like most about Westport Social and our patio is that it’s so hands-on and so high energy,” says Jessica Hutson, assistant general manager. “You can start your night off or even end your night – you have no idea where the night’s going to take you, and there’s always something fun happening here.”

Inside, you can play shuffleboard (both table and floor), pingpong, darts, foosball, Pop-A-Shot and bocce ball. Massive screens around the perimeter light up the place, and there’s live music onstage on Fridays and Saturdays.

Two bars serve a menu of seven handcrafted cocktails and almost two dozen beers on tap. Seasonal must-try drinks include the Frozen Bellini; the Tiki with pineapple rum and flavors of coconut, almond and lime; and the Blueberry Bramble with local gin, chamomile-blueberry cordial, lemon and ginger beer.

The food menu ranges from small shareables like chile-lime edamame to beef skewers to fish tacos and barbecue-chicken pizza. This is more than just bar food, though – upscale snacks include a mountain of nachos made with housemade wonton chips loaded with burnt ends, cheese sauce, avocado crema, banana peppers, olives, black beans and pico de gallo, or the Black & Blu sliders with bacon-and-onion jam, chile aïoli, Gorgonzola and Cajun dust.

If you’re looking for a relaxing patio experience, look up – eight floors, to be precise, at the Four Seasons Hotel St. Louis’ rooftop restaurant, Cinder House, described as a modern take on South American cuisine with a heavy influence from Brazil. The restaurant got a design and menu makeover when award-winning St. Louis restaurateur Gerard Craft took over the Downtown space late last summer.

The hotel is within walking distance of some of the best St. Louis has to offer – the Mississippi River, Busch Stadium and The Gateway Arch – all of which you can see from the elevated vantage point on Cinder House’s patio.

“The first thing you see when you walk on the patio is the amazing view,” Craft says. “You first see the Arch, but then when you start looking around, you see the Mississippi River, which, in my opinion, is one of the most underrated aspects of St. Louis.”

In the kitchen, the selling point is the wood-fired grill, but out on the rooftop, the comfortable lounge chairs and sofas; long, cushioned banquettes; and shaded bar seating evoke more of a backyard cookout feel. The wood-fired meat, veggie and fish offerings outside are not to be missed: Try the mini version of the feijoada served inside, which features a bowl of smoky ham hocks and pork belly, black beans, rice, kale, chimichurri and farofa, a ubiquitous Brazilian condiment made from lightly toasted cassava flour and butter. “My pro tip is to order it with a side of our piri piri hot sauce to take it to the next level,” Craft says.

New seasonal drinks to be enjoyed on the roof include the Hemingwayish, with white rum, Luxardo liqueur, passionfruit syrup and lemon served up, or a seriously refreshing dragon fruit caipirinha with cachaça, dragon fruit, lime and Demerara sugar.

When it’s warm and sunny, it seems like every St. Louisan is looking for a spot outside to dine and drink. These three options are just a few among a bevy of worthy choices, so get out this month and find an outdoor oasis near you.

Take your pick of the patios: Across St. Louis, you can dine outdoors with sweeping rooftop views of the Mississippi River, amid a beautiful s…