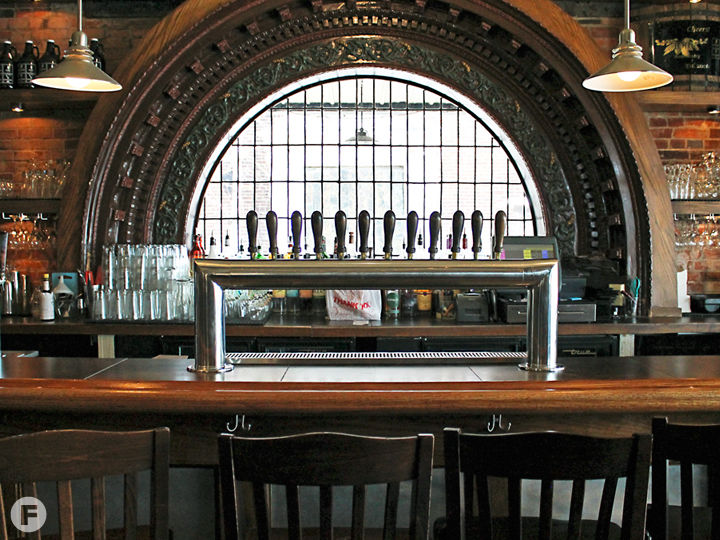 Square One Brewery and Distillery also serves craft beer from 12 taps, which rotate seasonally and range from a Park Avenue Pale Ale to robust maple stout, all brewed on-site. 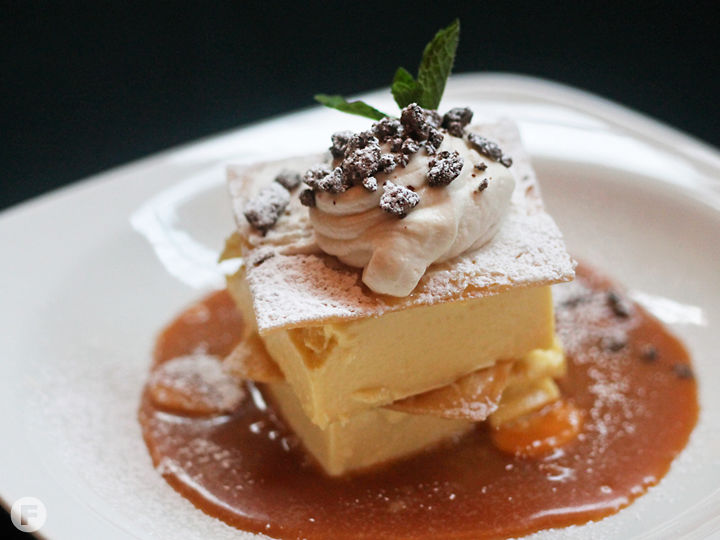 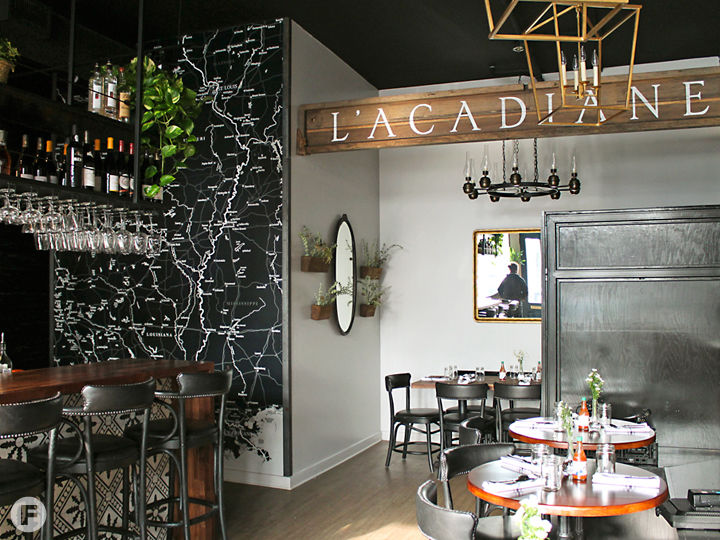 The exquisite L’Acadiane space is designed with exposed-brick elements, a striking bar with black-and-white tile, rustic wood and metal elements, and pops of greenery and flowers.

Lafayette Square is known for its gorgeous architecture of Victorian homes built around a historic, tree-lined square and picturesque Park Avenue. From an elegant dessert bar to a craft brewery and distillery, there’s plenty in Lafayette Square that can fill up a slow afternoon perusing the urban-chic neighborhood just minutes south of Downtown.

The epicenter of the laid-back, family-friendly neighborhood is 30-acre Lafayette Park and the surrounding collection of “painted ladies” – stately Victorian-era homes meticulously maintained or restored. The park is one of only a handful of Victorian walking parks left in the country, and it’s the oldest city park west of the Mississippi. Along the park’s perimeter are upscale and hip restaurants, bars, coffee shops, ice cream shops and more that bring together tight-knit neighbors as well as folks from all over the area.

The dessert bar is located directly above the brand-new L’Acadiane, a New Orleans and Cajun-influenced upscale eatery that opened its doors in late December. Both restaurants are owned by St. Louis restaurateur Dave Bailey.

“The reason we wanted to highlight New Orleans and the encompassing Acadiana area in southern Louisiana is because the Acadians, when they were ejected out of northern Canada so many years ago, many of them made their way down the river to New Orleans, not just back to France,” Bailey says. “The Acadians have had a strong influence on this particular neighborhood in Lafayette Square, and all up and down the Mississippi. We wanted to bring a little bit of that flavor back up north.”

L’Acadiane is the latest addition to Baileys’ Restaurants, a group that includes Hugo’s Pizzeria, Baileys’ Range, Rooster, Small Batch, Bridge Tap House & Wine Bar, Shift Test Kitchen & Take Out and, of course, Baileys’ Chocolate Bar. The exquisite L’Acadiane space is designed with exposed-brick elements, a striking bar with black-and-white tile, rustic wood and metal elements, and pops of greenery and flowers. For a taste of the bayou, try the best-selling crab cake with remoulade, avocado and blood orange supremes or the popular fried chicken and cornbread waffle drizzled with housemade whiskey-infused hot sauce. Behind the bar, A Hurricane in Tornado Alley is a fun twist on the Mardi Gras favorite with rum, passion fruit, citrus and housemade grenadine, or try the Chicory Milk Punch with chicory-infused liqueur, cognac, vanilla, sugar and milk.

Five blocks off Park Avenue’s main drag is Eleven Eleven Mississippi, owned by Paul and Wendy Hamilton of Hamilton Hospitality, another prominent local restaurant group that encompasses Vin de Set, PW Pizza and 21st Street Brewers Bar. The Hamiltons created the concept for Eleven Eleven Mississippi, named for its street address, after memorable trips to Tuscany and Northern California. The upscale cuisine is made from scratch and highlighted with seasonal ingredients, a majority of which are sourced from its neighboring hydroponic greenhouse and urban farm. Signatures on the menu include wild boar ravioli, braised rabbit, grilled salmon, dry-rubbed rib eye and crème custard napoleon for dessert.

“Sometimes the chefs take it for granted that only a block and a half away, we have an in-ground garden and large greenhouse,” says general manager Bob Colosimo. “Right now, even in the dead of winter, we’re picking fresh lettuces, arugula, kale, Swiss chard, and we also have a beehive right around the corner to support the garden and also the wider neighborhood.”

Eleven Eleven Mississippi is housed in a historic shoe factory (and a famed brewery before that), as is the case with many spots in Lafayette Square. SqWires, for example, was previously a blocklong Victorian-era factory complex. Now, however, the space is thriving as a classic American restaurant serving seasonal favorites as well as daily specials, plus live music Tuesday through Sunday. For dinner, just a few favorites include chicken pot pie, fish ’n’ chips, meatloaf and layered veggie lasagna. Cap off your meal with a seasonal warm bread pudding or flourless triple-chocolate cake.

If you’re in Lafayette Square on a sunny day, the patio at Square One Brewery and Distillery will be packed with patrons enjoying craft cocktails made with the artisan distillery’s spirits line, Spirits of St. Louis Distillery, which includes whiskey, tequila, absinthe, rum, gin and vodka. In fact, when Spirits of St. Louis began nine years ago, it was the first craft distillery to open in Missouri since Prohibition. Square One also serves craft beer from 12 taps, which rotate seasonally and range from a Park Avenue Pale Ale to robust maple stout, all brewed on-site. Pair your beverages with upscale pub favorites from the full-service restaurant, including stout-braised pot roast, fish ’n’ chips and a warm Brussels sprouts salad topped with smoked duck.

“It’s the chance to sip, savor and relax in Lafayette Square,” says Square One director of operations Dr. John Witte. “When people go out to eat, they want to enjoy themselves, and we’re here not only for entertainment but also to give people the opportunity to relax, sip on a drink and have a really nice scratch-made meal.”

Lafayette Square is a welcoming neighborhood, hosting historic house and parlor tours in the spring and winter, the Tour de Lafayette bicycle races on Labor Day weekend, and free concerts in the park throughout the summer. Whether you’re coming for a date at the dessert bar, seasonal meal at an urban-chic spot or pint of fresh-brewed craft beer, Lafayette Square is a destination for a unique culinary adventure.