Feast on St. Louis: Behind the Apron with Gerard Craft 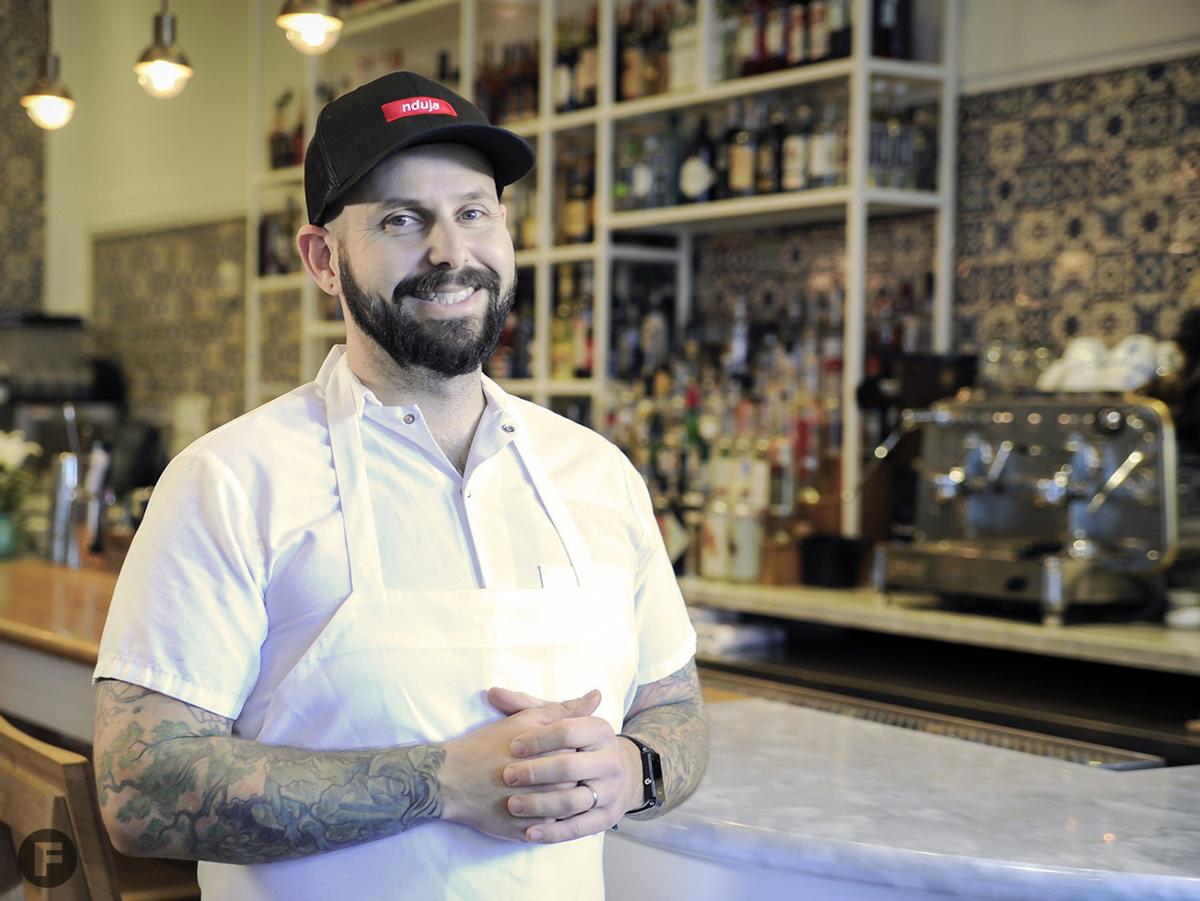 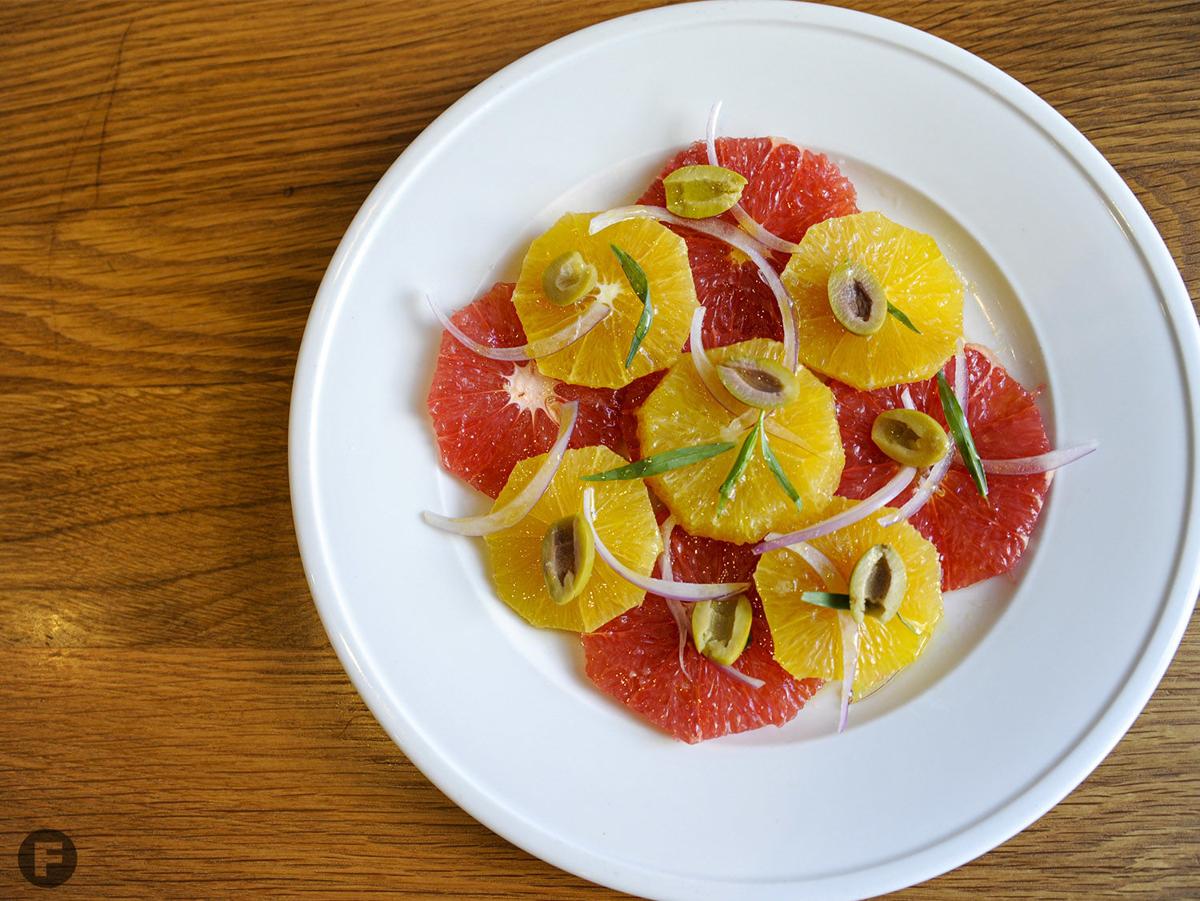 The Citrus Salad at Pastaria with orange, grapefruit, red onions and olives. 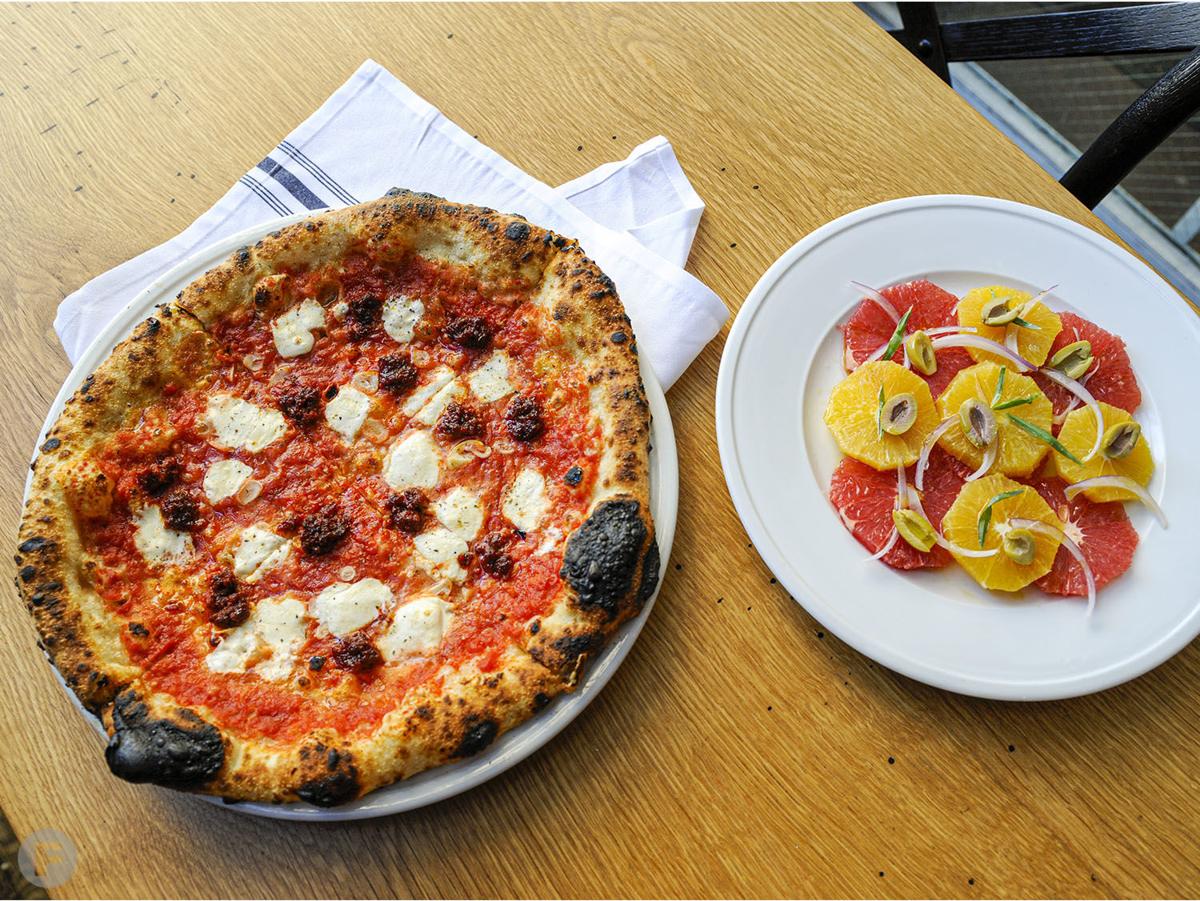 The Citrus Salad and wood-fired pizza at Pastaria 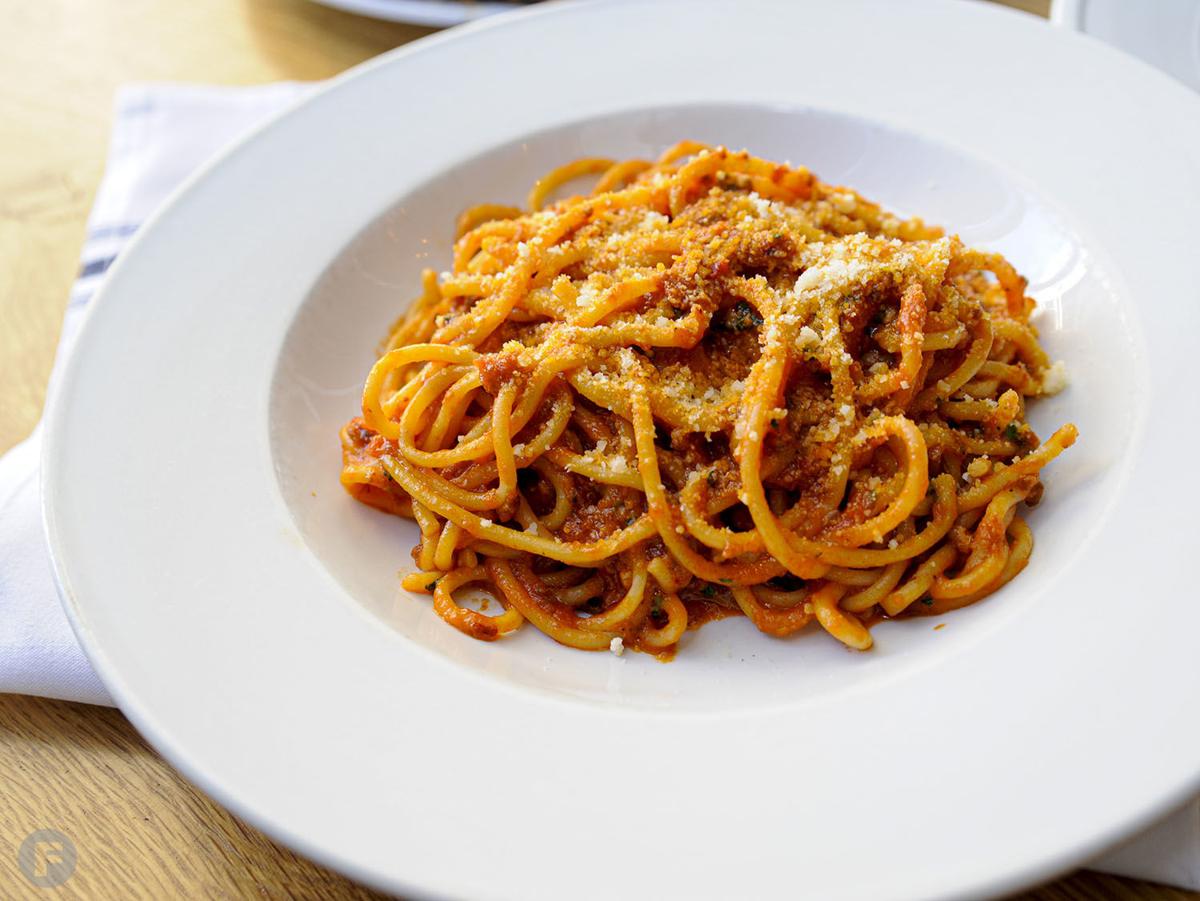 The Chitarra al Pomodoro at Pastaria, made with handmade, organic noodles. 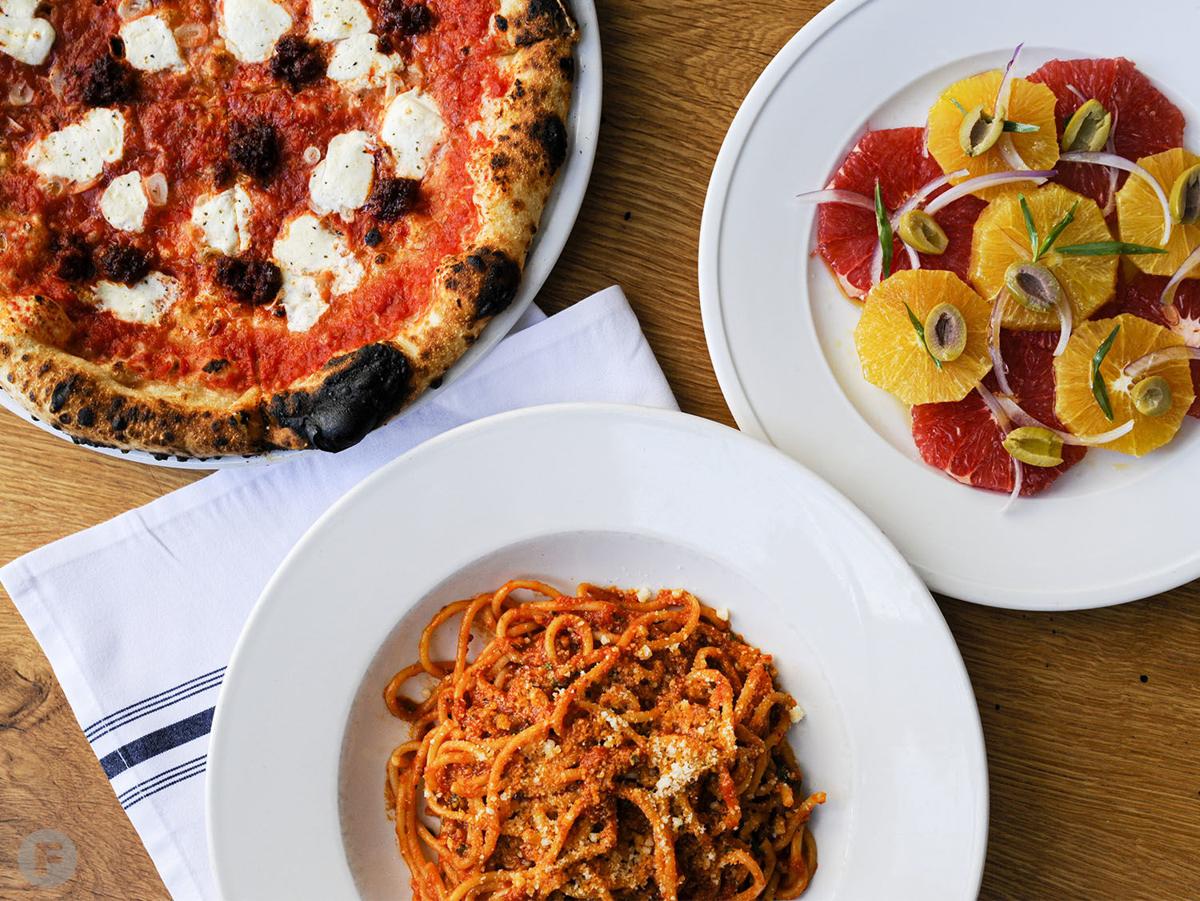 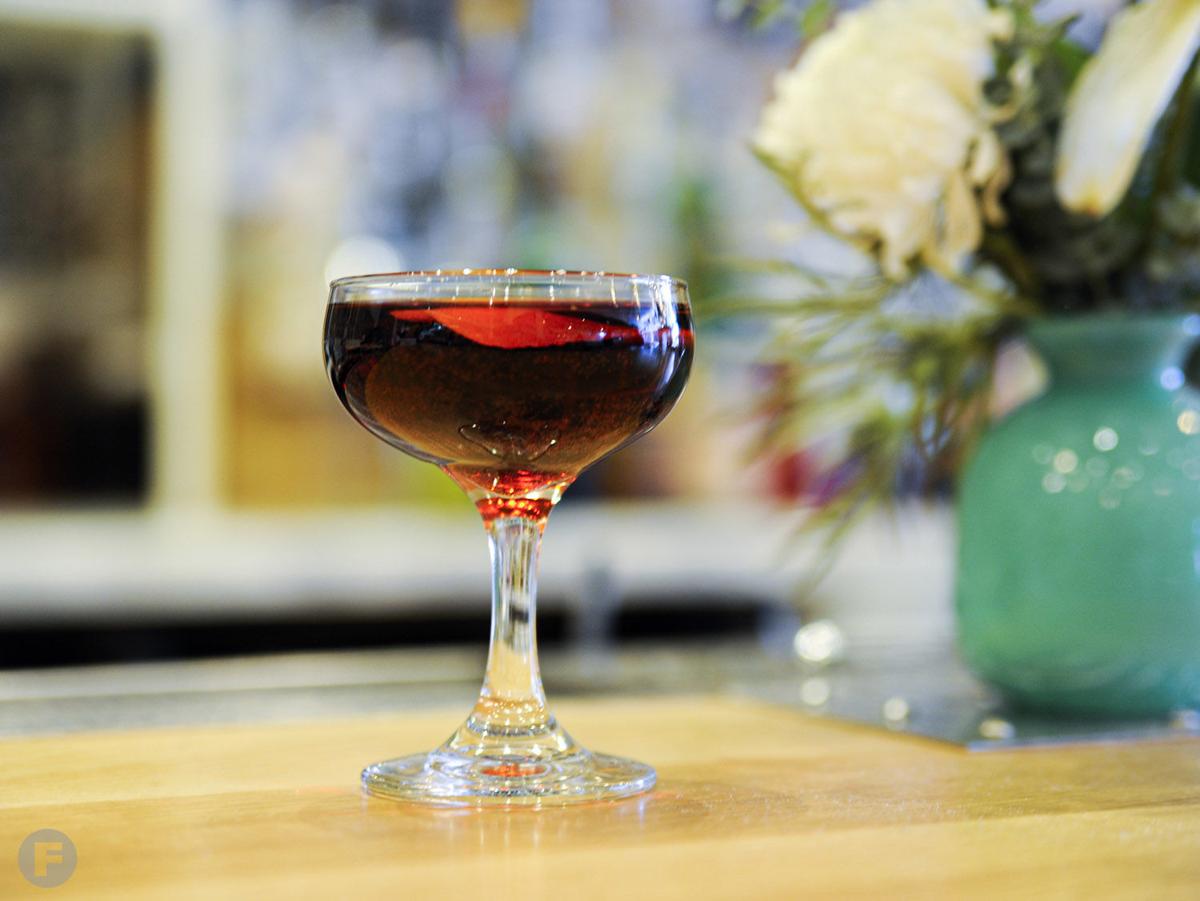 All Niche Food Group restaurants feature craft cocktail menus, including Sardella where guests can enjoy the classic Negroni on tap. 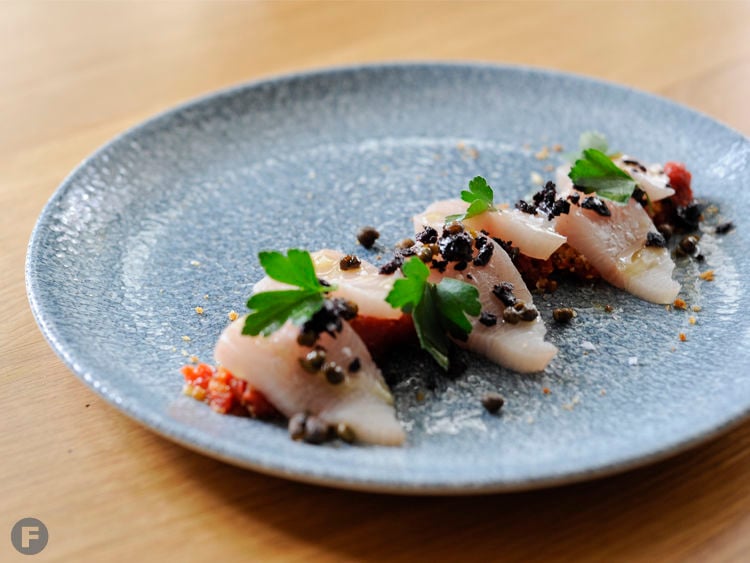 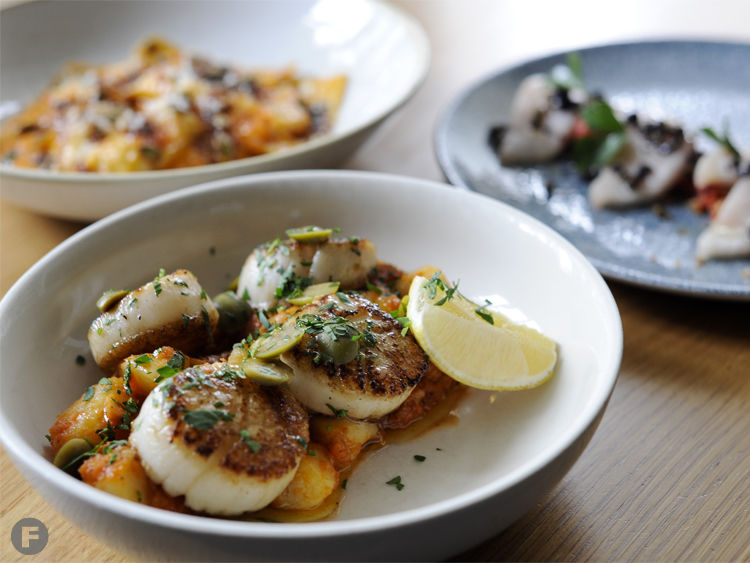 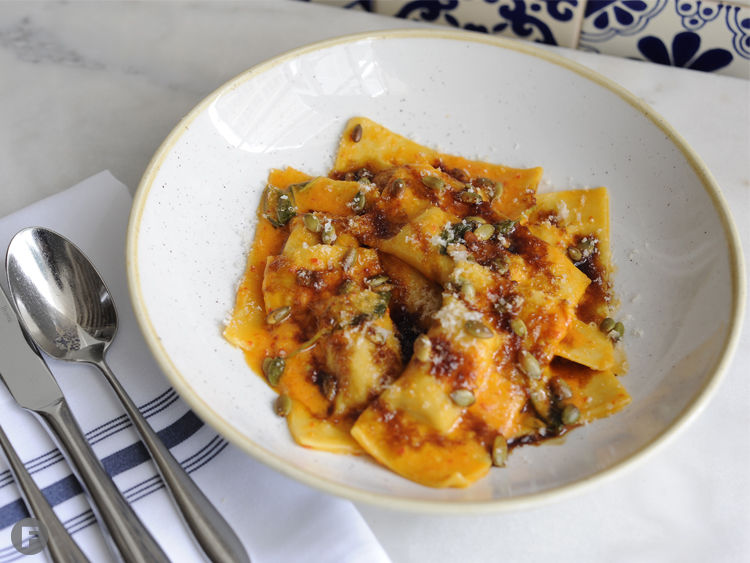 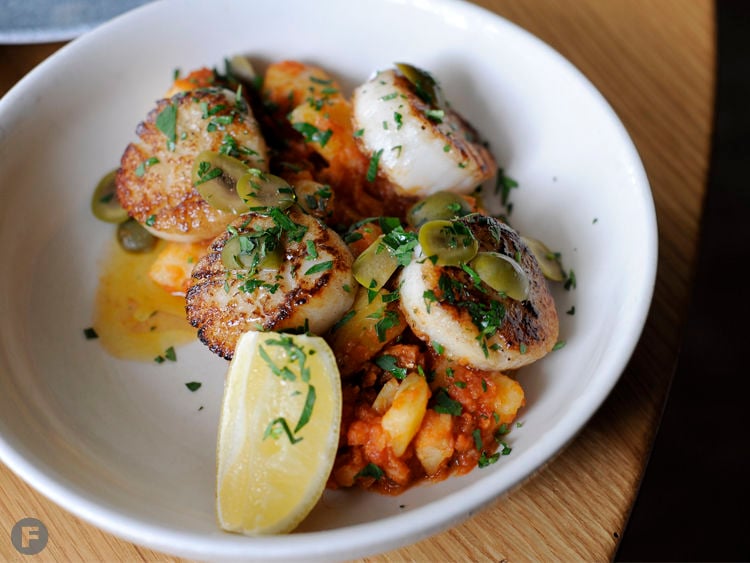 Sardella is a modern Italian restaurant in the former Niche location. 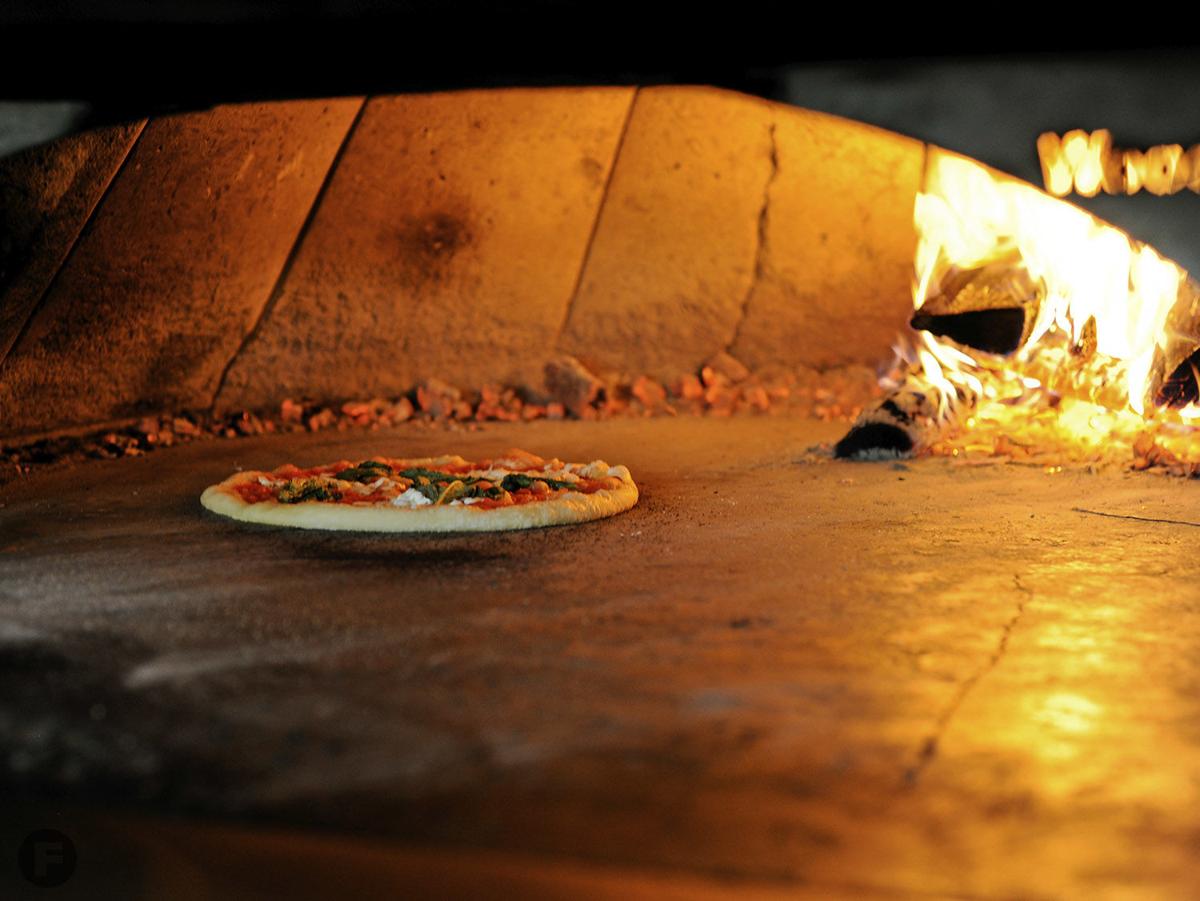 Pizza in the oven at Pastaria 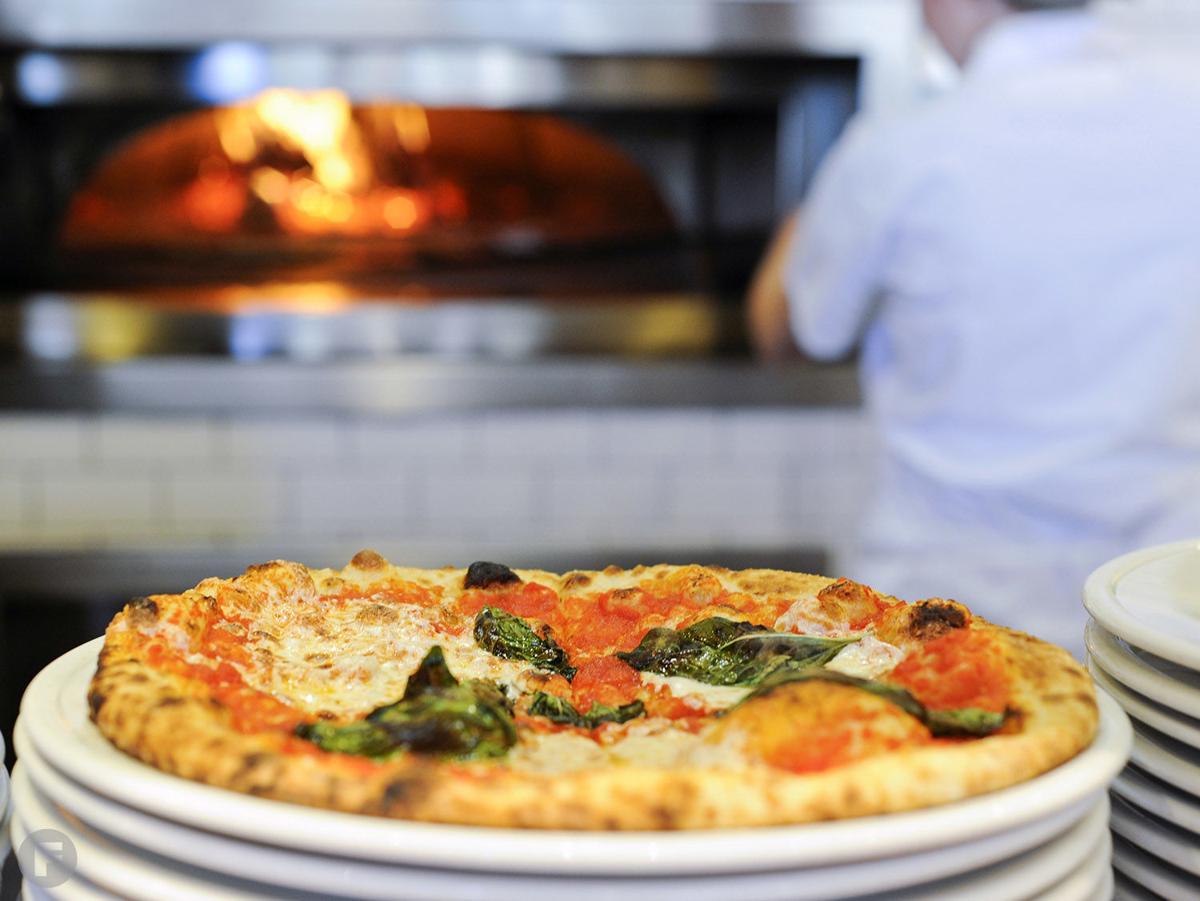 A classic Margherita pizza at Pastaria 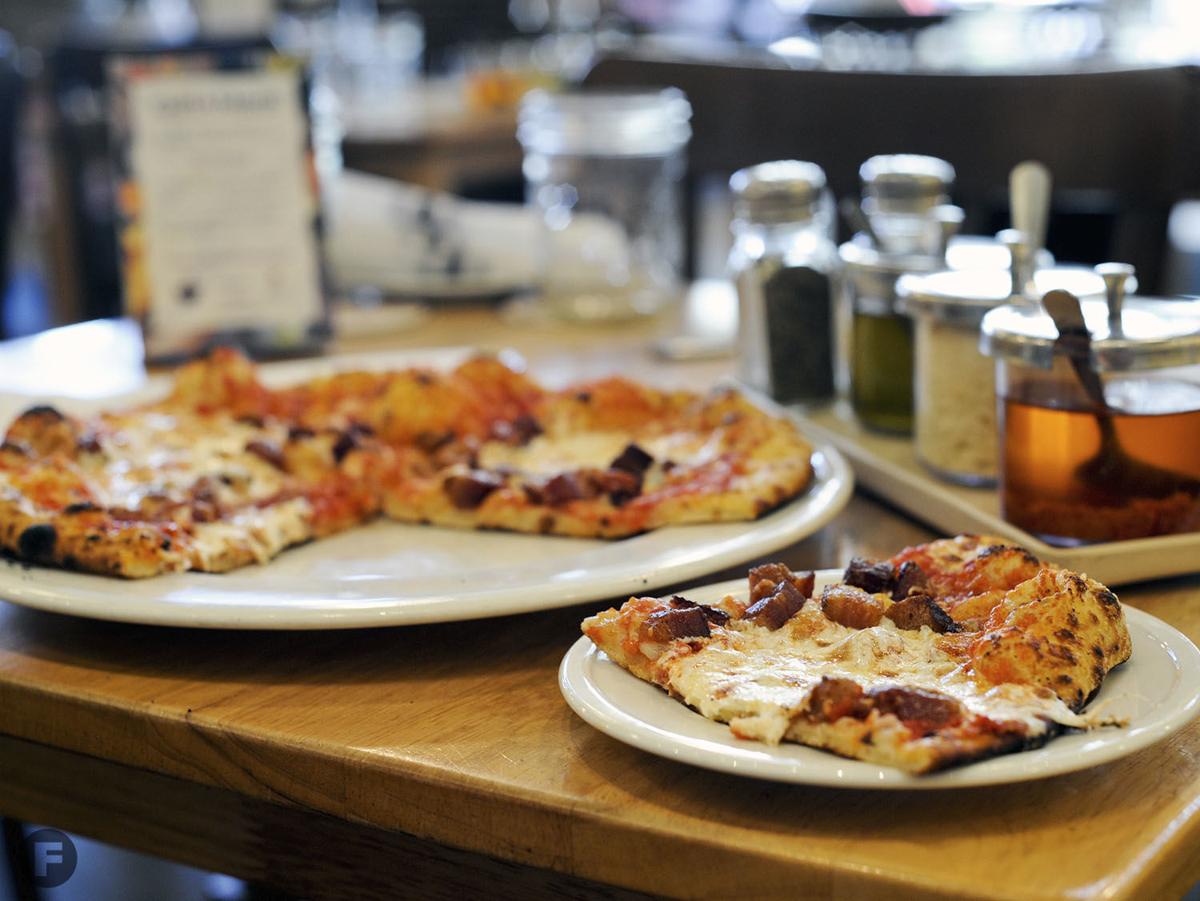 Pastaria is perfect for sharing a slice for family and friends.

Gerard Craft came into the St. Louis culinary scene with a bang when the opened the original Niche in 2005. Ten years later, he became the first St. Louis chef to take home the coveted James Beard Best Chef: Midwest award in 2015. And as his Niche Restaurant Group grows, he has added mentoring younger chefs to his list of job descriptions.

Craft’s journey to a career in food, like so many of St. Louis’ talented chefs, wasn’t assumed or expected. After high school, he moved to Salt Lake City to study photography and apprentice on the slopes. During his time apprenticing under a ski photographer, he lost interest in school, eventually dropping out. To make a living, he began washing dishes at an establishment called Fats Grill and became interested in the kitchen.

Fats was a pool hall with a selection of craft beer and simple, but tasty food. Once they started letting him cook, Craft says he “fell in love with the kitchen camaraderie.”

“You felt like a team. It was a gratifying experience,” he says. A counselor suggested culinary school and soon after, he enrolled.

Craft studied and slowly climbed the kitchen ranks. His time as a prep cook at a restaurant in Deer Valley, Utah, helped inform his skills. He then went to Los Angeles to gain more experience at notable restaurants including some that helped inspire Brasserie, like Chateau Marmont.

Before making his way to the Gateway City, he moved again back to Salt Lake City to “chase a girl” – who later became his wife and business partner. But where to settle came down to another decision: the desire to open his own restaurant.

Craft says he started to notice things were happening in St. Louis after acclaimed New York-based restaurateur Larry Forgione moved here to open An American Place. He then remembered reading something about Kevin Nashan purchasing Sidney Street Cafe soon after.

“I could kind of see a little start of a food revolution going on,” he said. “It really excited me. The idea of being a part of a community that’s building something – as opposed to jumping into an already-crowded culinary scene in New York where my family was from – just sounded way more exciting.”

“It’s been such an amazing experience to watch St. Louis change into the city it is today with so many great chefs and so many great restaurants,” Craft says. And he thinks that’s starting to attract even more talent, adding, “People who went away to New York to cook are starting to come home.”

About winning, Craft said he was honored – both for himself and even more so for his team and community. “One of the best things to see was how proud our team was – and even bigger – how proud St. Louis was,” he said.

He turned heads then, when – fresh on the heels of winning the James Beard Award – Craft abruptly closed Niche to open a brand-new concept, Sardella. To him, the controversial decision was natural. Rather than coasting off the triumph of that recognition, he immediately started looking toward what came next. He decided to close Niche on a high – a moment that “felt right” – and start something new.

As far as what else might come, he doesn’t have any definitive plans at the moment but admits, “There’s always room for more restaurants.”

Until then, Craft has moved into more of a mentorship role. He loves working with the younger chefs at Niche Food Group, which includes Sardella, Pastaria, Taste, Brasserie and Cinder House, to develop their own culinary personalities through dishes and menu planning. And what little time he has outside of the kitchen, he gets to spend cooking for his own wife and kids and going out to his favorite restaurants like Fork & Stix and Mi Ranchito.

To experience one of Craft’s restaurants, consider stopping by for a cocktail and a bite at Taste by Niche in the Central West End or a rustic French meal at Brasserie next door. For a more casual, family-friendly experience you might try Pastaria in Clayton, Missouri. The modern take on an Italian trattoria is delicious for those who enjoy the craft of artisan handmade pasta and those who want to enjoy a slice of pizza with the kids alike.