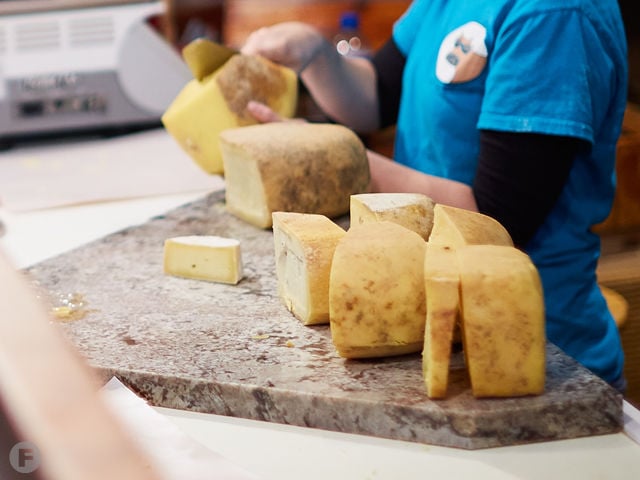 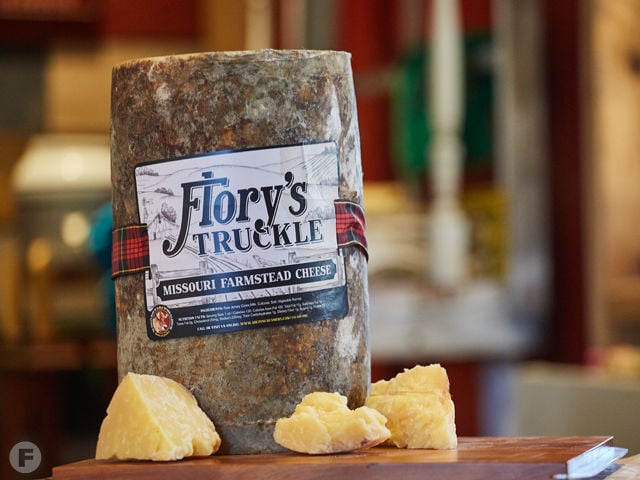 The cheese shop is located in Hermann, Missouri. 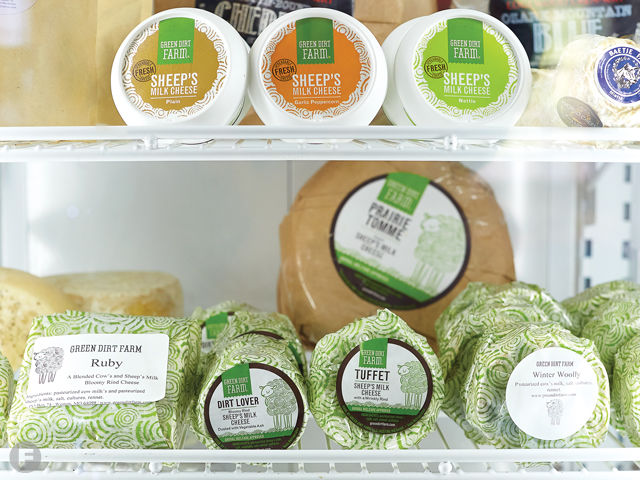 Grab your favorite cheese or have it cut-to-order in front of you.

The cheese shop is located in Hermann, Missouri.

Grab your favorite cheese or have it cut-to-order in front of you.

Tom Blatchford, owner of Der Käse, knows a thing or two about cheese: In addition to owning the new Hermann, Missouri, cheese shop, he’s a cheesemaker and dairy farmer. The products in his line of farmstead artisan cheeses, Cool Cow Cheese, include varieties of Gouda, Edam and queso blanco, which are available at the 900-square-foot storefront that opened in August.

Along with his own cheese, Blatchford stocks the shelves with more than 30 varieties, with a focus on what he calls “true artisan” Missouri cheesemakers, including Baetje Farms, Green Dirt Farm and Goatsbeard Farm. Make sure to pick up award-winning Flory’s Truckle from Milton Creamery if it’s in stock – it’s aged for more than a year and is intense and nutty. You can also purchase fresh sheep’s, goat’s or cow’s milk cheese cut to order in front of you.

Der Käse also sells accompaniments that would make perfect gifts for cheese-lovers like cutters, knives, cutting boards and serveware. Round out your cheese-board offerings with fresh bread, sweets, jams and jellies from Hummingbird Kitchen out of Owensville, Missouri. In October, Blatchford began offering Friday-night cheese classes and workshops, including “The Zen of Cheesemaking” and “Cheddar Wars.” Check Der Käse’s Facebook page for upcoming workshops and its latest cheese offerings.

Shelly La Fata is exploring all the pasta-bilities in Columbia