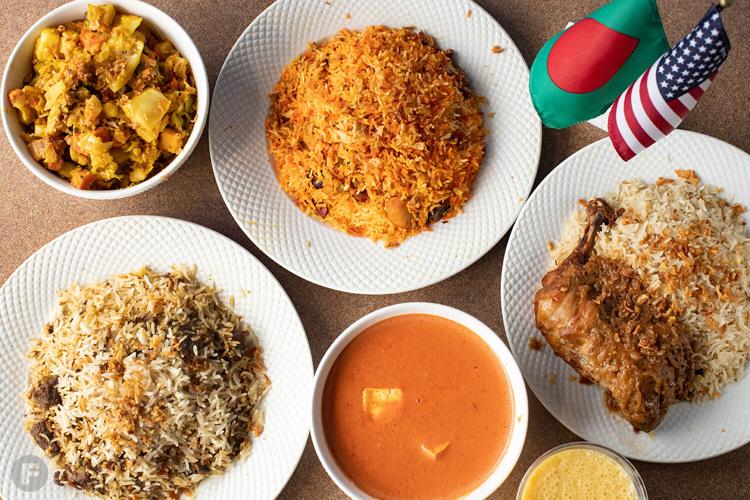 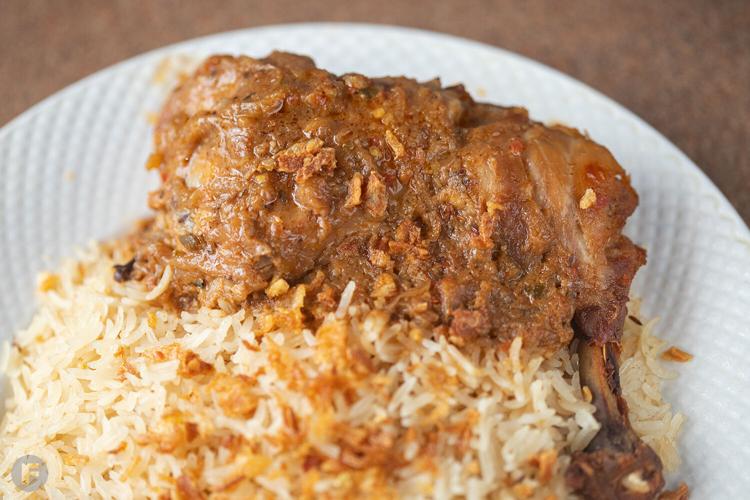 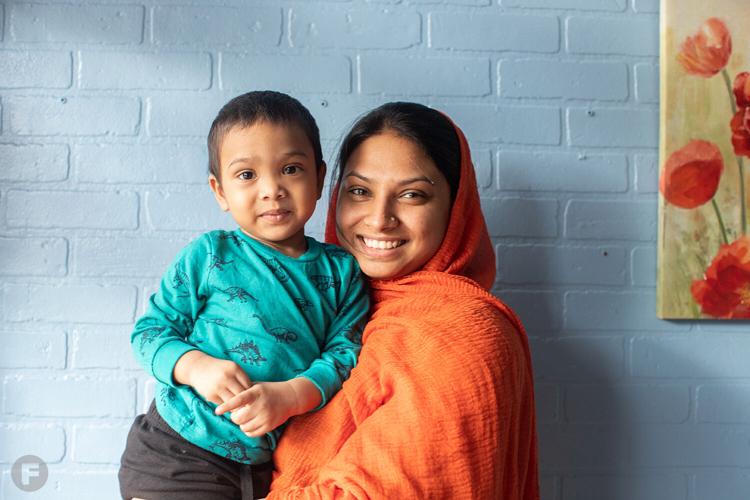 Co-owner Ayrin Akanda with her son and the restaurant’s namesake, Sulaiman. 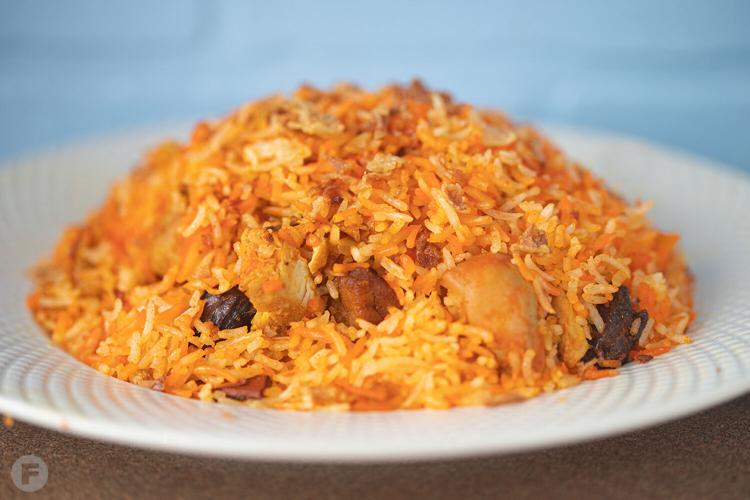 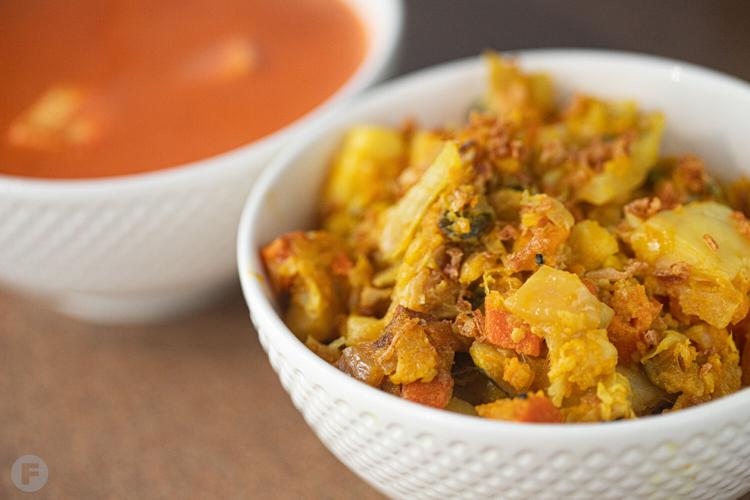 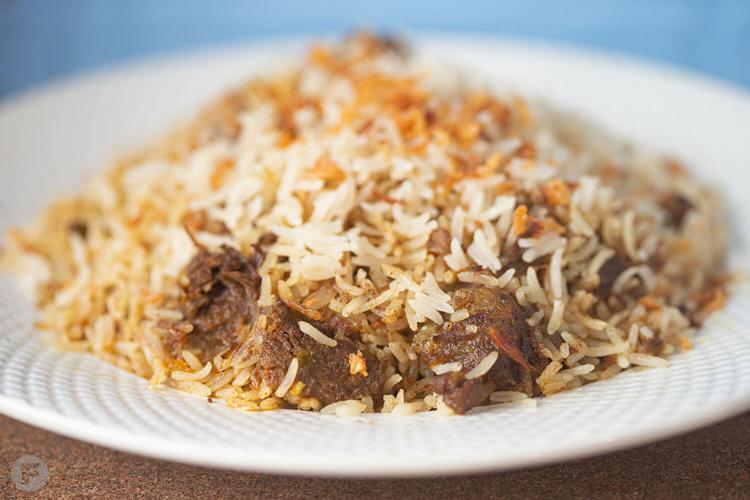 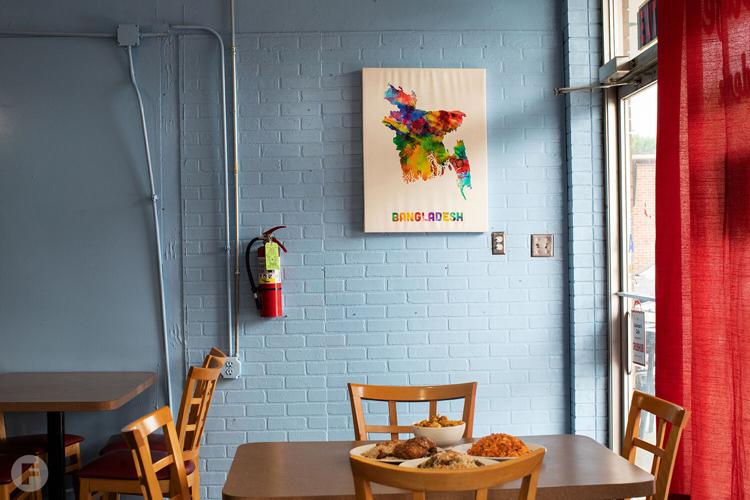 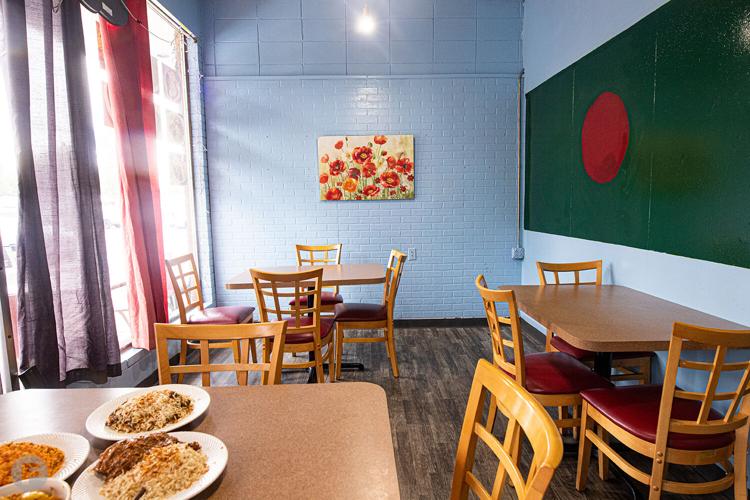 The dining area features the flag of Bangladesh. 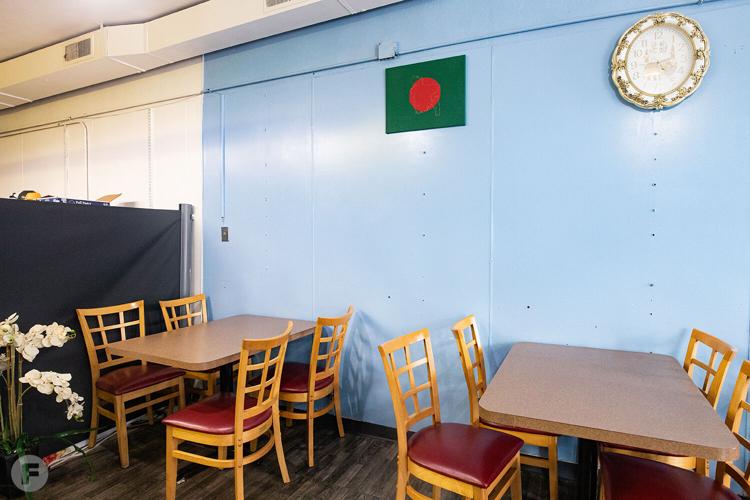 Seating is available inside as well as on a front patio. 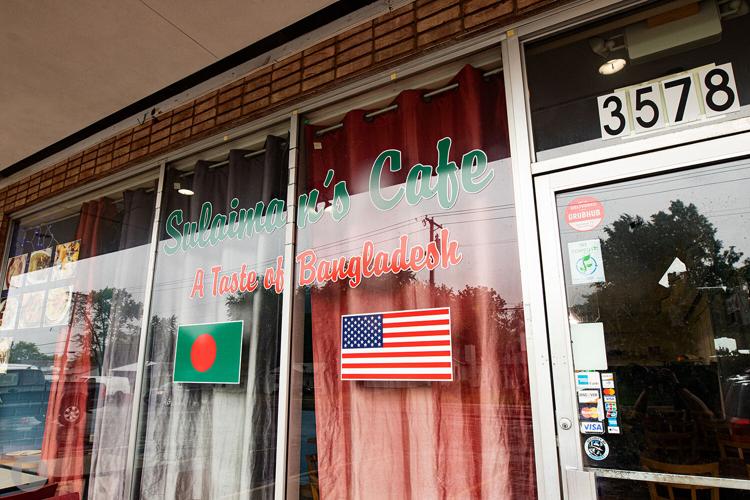 In a small strip-mall storefront in St. Ann, a husband-and-wife duo bring a taste of Bangladesh to the St. Louis area. Sulaiman’s Cafe, named after the couple’s two-year-old son, opened in January 2021, cooking up Bangladeshi dishes as well as hand-tossed pizza with halal toppings.

The concept comes from Musanna and Ayrin Akanda, who each hail from Bogra in Bangladesh but spent their formative years in Pennsylvania and Florida, respectively. After living in Florida and Alaska together, the search for an Islamic school for Sulaiman led the family to settle in St. Louis, where they saw an opportunity to introduce Bangladeshi cuisine to their new home base where it was lacking.

“A lot of people in the US are familiar with Indian food but not Bangladeshi food, so it’s always been our dream to open our own restaurant and show everybody Bangladeshi culture and cuisine,” Musanna says. “Our main goal is to serve people quality food that will bring a smile to their face.”

With Sulaiman’s Cafe, the couple hopes to showcase the dishes they grew up with. The eatery fills the approximately 1,000-square-foot space previously occupied by Bombay Food Junkies (now located in Creve Coeur), which has been repainted to feature the green and red flag of Bangladesh. Visitors can stop in to try some of the country’s national dishes made using recipes and techniques inherited from Ayrin’s mother and grandmother.

The morog poloa, for instance, is a slow-cooked savory dish featuring a roasted chicken leg quarter over basmati rice. According to Musanna, their cooking utilizes aromatic spices such as coriander, cumin, chile, garam masala, bay leaves, cinnamon sticks and cloves. Beef teheri is another traditional Bangladeshi dish on offer, made up of a base of beef curry and basmati rice.

Additional offerings include paneer tikka masala and chicken biryani, and hand-tossed pizza options give guests the opportunity to enjoy some of the couple’s favorite pies with halal pizza toppings, such as lamb gyro and barbecue chicken.

Sulaiman's Cafe is currently open Wednesday through Sunday from 5 to 10pm.

This St. Louis sous chef recently competed on ‘Chopped.’ How did he fare?

Alex Herman showed off his skills in a recent episode of “Chopped,” competing to be a sous chef for one of the three chef judges.

Ted Drewes has stayed in the family for three generations and is now owned by Drewes Sr.’s granddaughter, Christy Dillon, and her husband, Travis.

Big Sky Café has been a longtime favorite for comfort food in Webster Groves.

These two friends bonded over lunch at a local Thai spot, so they decided to start their own food truck

Scott Truong of Pearl Café and Matthew Kaimann now own and operate Tuk Tuk Thai together.

It will be at least a couple months before these restaurants are open for business, but they are dedicated to making it happen.

The best food and drink events in St. Louis this weekend: June 24-26

Kick off Pride weekend with a bar crawl, go for a craft beer walk or make your own charcuterie box this weekend.

The coffee roaster and expert has worked at many of St. Louis' well-respected coffee companies.

The restaurant takes up the space formerly home to the beloved Cafe Natasha.

Since opening during the pandemic, this slider food truck has attracted a significant following.

Co-owner Ayrin Akanda with her son and the restaurant’s namesake, Sulaiman.

The dining area features the flag of Bangladesh.

Seating is available inside as well as on a front patio.