For the thinnest, best slaw around with next to no effort, get a mandoline: It’ll do all the work for you and the results will always be better than the prepackaged alternative. Make the slaw dressing a day ahead along with the marinade, and then throw it all together when it’s time to eat.

About 30 minutes prior to cooking, prepare a grill for medium-high heat; move lit coals to one side of a charcoal grill and leave other side empty. Remove chops from marinade and pat dry; season both sides generously with salt and pepper. Add chops to coal-filled side of grill and cook until marks form, about 3 minutes per side. Transfer to cooler side of grill and let cook, covered, flipping occasionally until center of pork registers 145˚F, about 5 to 6 minutes more. Remove to a platter, tent with foil and let rest for 10 minutes.

| Preparation - Slaw | In a small bowl, whisk together sour cream, mayonnaise, shrub, apple cider vinegar, lime juice, kosher salt and pepper until combined; refrigerate until ready to use. In a large bowl, combine cabbage, carrots and red onion and pour half of dressing over; toss to coat. Check seasoning and add more dressing as needed; serve alongside rested pork chops.

From hot honey to granola, put locally made products to work with these five recipes 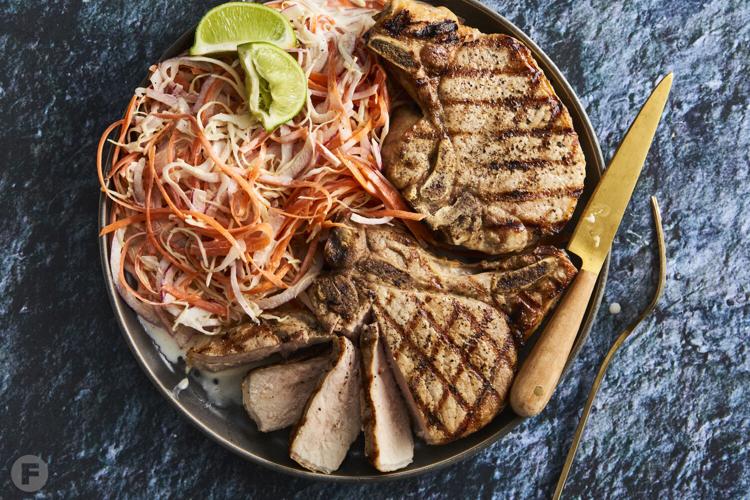 Make the slaw dressing a day ahead along with the marinade, and then throw it all together when it’s time to eat. 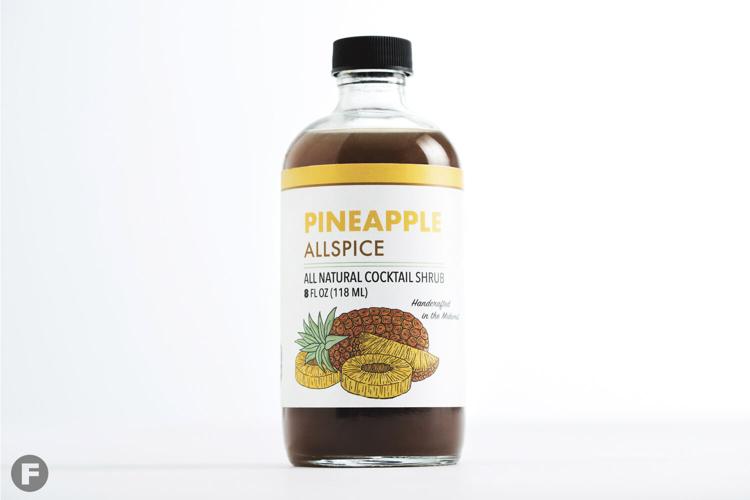