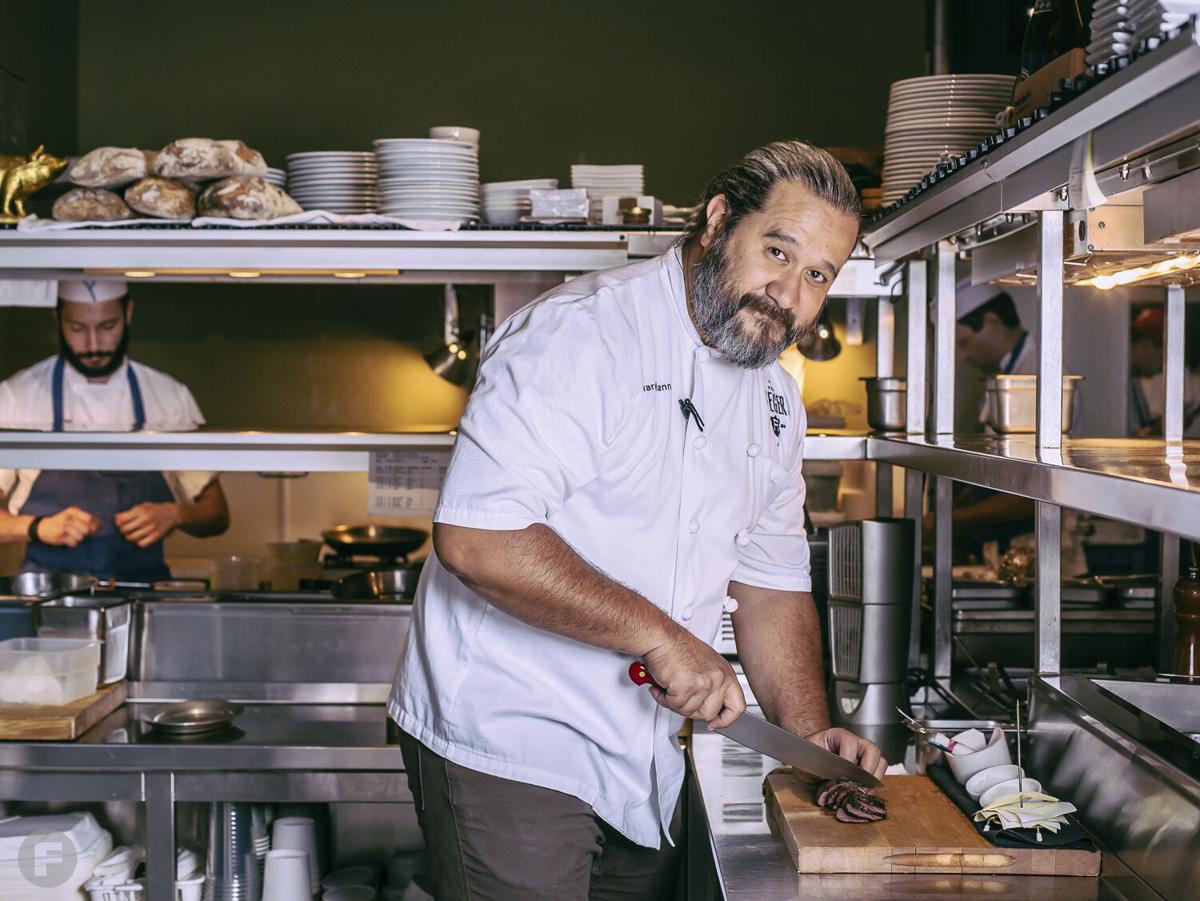 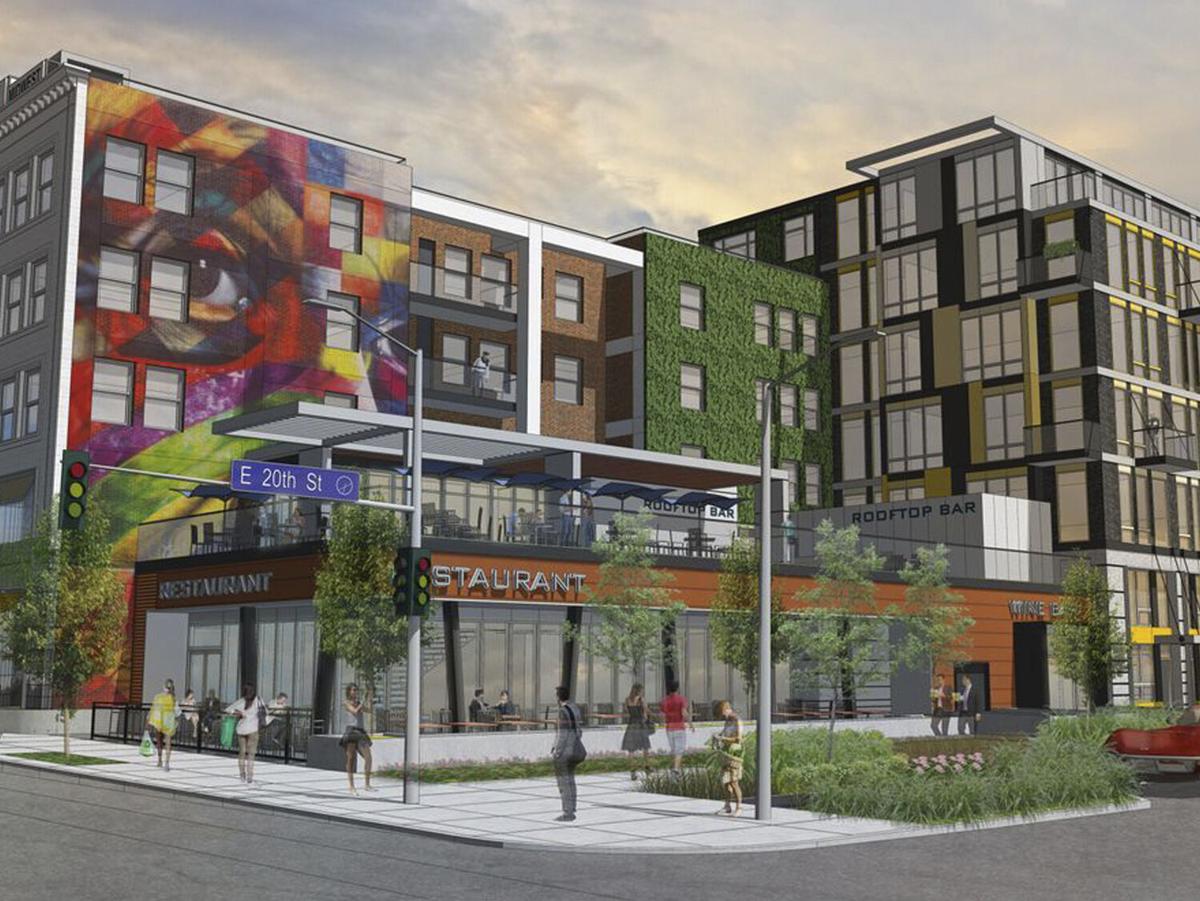 City Club Apartments founder and CEO Jonathan Holtzman announced this week that the chef-owner of The Rieger has signed a lease to open both a new natural wine bar and restaurant and a city diner concept as part of the new mixed-use apartment community located at 20th and Main Streets.

The two concepts will be located directly across the street from The Rieger, which Hanna opened 10 years ago with his friend Ryan Maybee (now of J. Rieger & Co.).

Built as one structure, the two restaurants will sit on the pad in front of the City Club Apartments, offering a total of 6,000 square feet of combined restaurant space. Hanna will divide the space, with a third of it allocated to the wine bar and its accompanying restaurant and the larger remaining space operating as the diner.

“It was a big space and I love small restaurants,” Hanna said in a release. “I asked Jonathan if he would consider breaking the space up if I committed to introducing two very different concepts. He loved the idea and the deal got done.”

The space also boasts a 2,400-square-foot rooftop patio that Hanna may open as a separate experience or incorporate as outdoor seating for his new diner.

The natural wine bar and restaurant will be an intimate and moody space, with seating for around 50 and a private dining room that will accommodate 15 to 20 guests. A cozy and approachable bar and a hearth-style kitchen with a wood-burning oven will be the focal point of the space. The menu will feature a mix of shared small plates and entrees coupled with a beverage program will consist of an eclectic array of frequently rotating natural wines.

Hanna describes the concept as unique and special, but also relaxed and unpretentious. “The food menu will be small, with unique plating allowing my staff and I the ability to do some creative new things, but the star will be our all natural wine program,” he tells Feast. "We already have an amazing collection of great craft cocktail, beer and traditional wine programs in the Crossroads. Focusing on an all-natural wine list just feels right with Richard Garcia’s new natural wine shop, Big Mood, having just opened up down the street.”

As for the diner, the focal point will be a large curved bar with anchored stools winding through the open and airy space.  The restaurant’s design is a subtle nod to a classic diner look with a very modern take. The restaurant will seat 60 diners indoors with room for 50 more on the first-floor outdoor patio.

“There still aren’t a lot of spaces downtown to sit down and have a great breakfast, and like most chefs, when I go home at the end of a long shift, I usually make some sort of breakfast sandwich or egg dish that is quick to execute and enjoy,” Hanna says. “That’s the kind of food I want to serve here.”

As for his two new restaurants being right across the street from The Rieger, Hanna explains that as long as he is building small, focused restaurants that offer a unique experience and menu from his other spots, he isn’t worried about them competing with each other. There are many cost efficiencies that come with having more than one restaurant, but the people in this business are the real driving force behind his decision to expand.

“There are several reasons to grow, even during these uncertain times,” he says. “First, I am losing chefs to bigger markets because I don’t have anywhere else for them to go; having more than one concept allows me to promote from within, and train people into managerial positions. I will need to hire more people, creating more opportunities for women, immigrants, people of color and people from the LGBTQ community to join my team. The restaurant industry is one of the last places where you don’t have to have to be rich or have a college degree to succeed; it is truly equal opportunity to anyone willing to put in the hours.”

The project has been in the works for a while; construction on City Club Apartments Crossroads began in 2018. The seven-story building includes 283 apartments, duplexes, townhouses, penthouses and furnished apartments, a rooftop pool, outdoor theater and nearly 300 underground parking spaces. The 24/7 boutique hotel style-lobby includes a lounge, business and conference center, indoor theater and concierge service. The first residents will begin moving into the complex this month.

Hanna has been in talks to do a restaurant of some sort at the City Club Apartments for over three years. At this point, with a global pandemic still in play, he plans to take his time to sort out details such as the names of the two restaurants and menus. He plans to open both concepts sometime next year.

“Howard is a true artist and a pillar in the Crossroads neighborhood and the broader Kansas City community,” Holtzman said in the release. “He and his team understand how to bring people together and give them an extraordinary experience. We could not be more proud to have his two newest concepts in our community.”

Popular Kansas City restaurants Black Sheep and The Rieger are closing their doors, marking the start of a long, cold winter

With indoor dining at only 50 percent seating capacity, and no vaccine or additional stimulus packages on the way, many restaurants are being forced to make tough decisions.