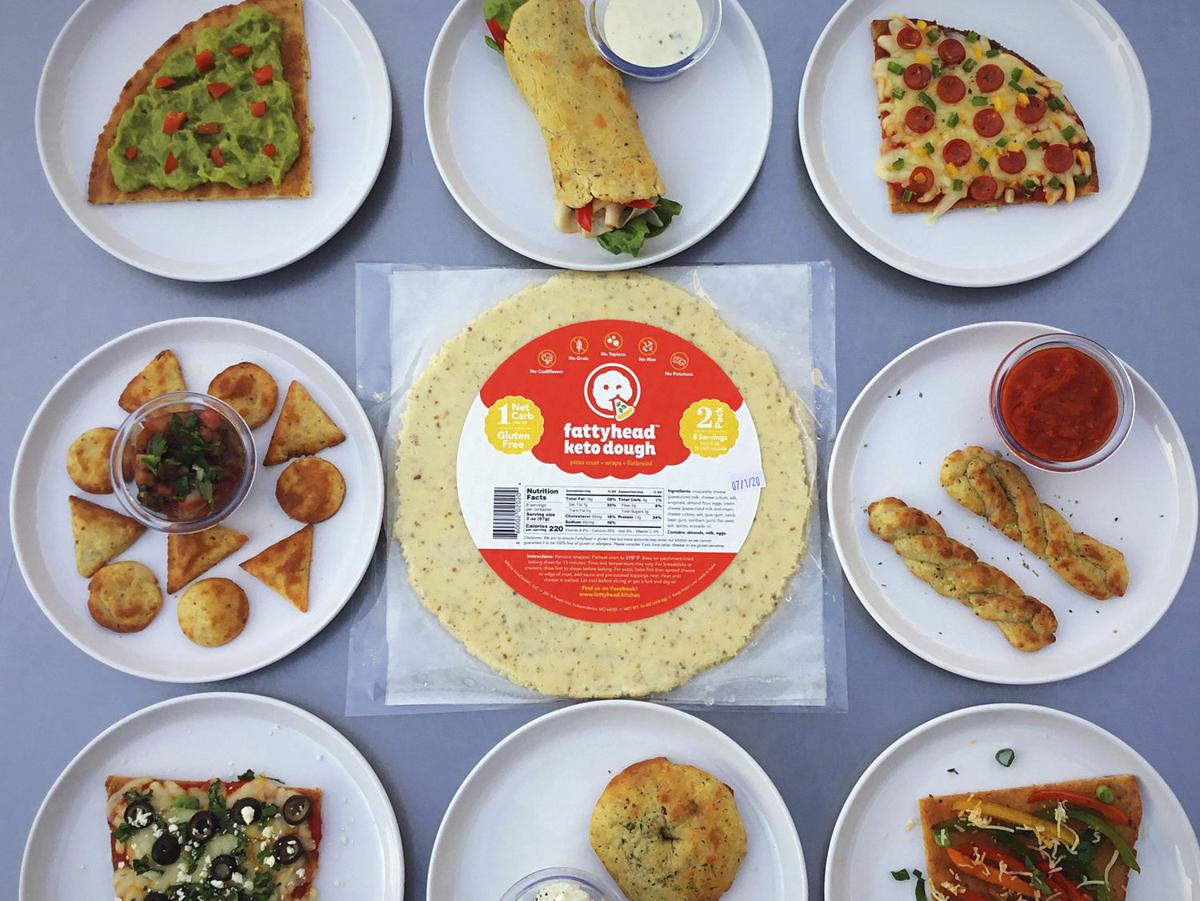 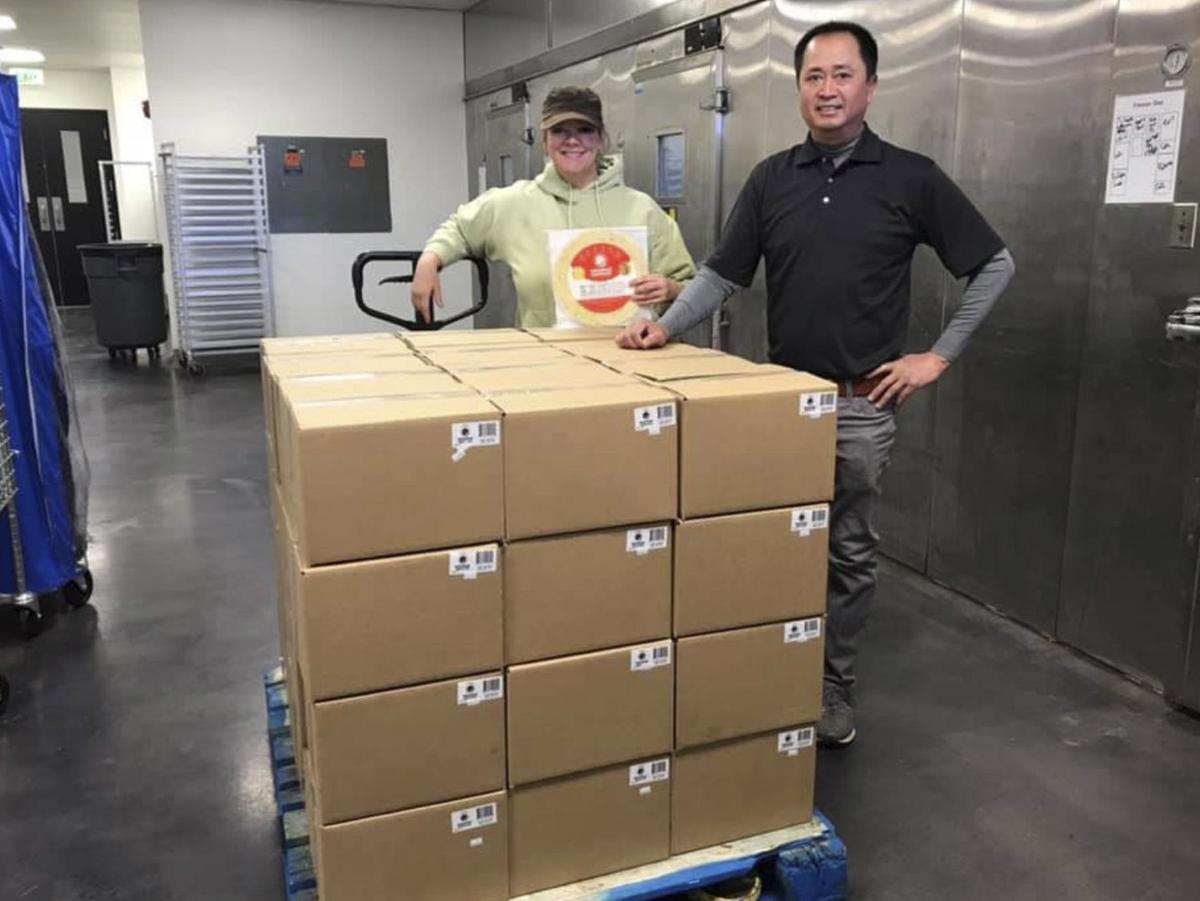 Over the past few months, business has boomed for Laura Manivong, founder of Fattyhead Keto Crust, as demand grew for her almond flour-based dough. The dough, which can be fashioned into pizza crust, flatbread, wraps, breadsticks and other baked foods, appeals to people following ketogenic, low-carb or gluten-free eating plans. At its height, Manivong’s two-month production of her keto crust reached nearly 7,000 keto crusts last December and January. But this spring, the emergence of COVID-19 greatly reduced demand from restaurants, forcing Manivong to pivot plans for her startup business.

Manivong, a lifelong food-lover and novelist, launched Fattyhead Keto Crust after stepping away from a 30-year career as an Emmy-winning television producer and addressing health issues. Her ongoing struggle with weight led to gastric bypass surgery, but she eventually began regaining weight. After the surgery, Manivong also developed reactive hypoglycemia. Her blood sugar dropped significantly after eating carbohydrate-heavy meals.

“I researched how ketogenic eating could mitigate hypoglycemia and help lessen addictive behavior. I started looking for things to replace bread and developed my own low-carb keto crust,” Manivong says. She developed the recipe for her crust over an 18-month span and tested it with family and friends. “I got requests for the crust. People went nuts over it.”

Manivong established her business in February 2019 and began initially selling her keto crusts via Facebook. She met buyers in person to drop off orders.

Last July, William Walker of Old Shawnee Pizza ordered 30 crusts for each of his three locations at the time. Walker made the keto crust available on a Monday and they sold out by 7pm. He ordered 150 crusts two days later, and bumped up his order to 500 crusts by the following Monday. Fattyhead Keto Crust is now available at nine area restaurants, including Buffalo State Pizza Co. and Waldo Pizza’s Lee’s Summit location.

Manivong makes the keto crusts at the Ennovation Center, a commercial kitchen located in Independence, Missouri, to manage large-scale production. She enlisted her ex-husband to help produce crusts as demand rose.

Growing demand for the keto crusts and word of mouth spread over the past year. Manivong regularly receives requests for the product from people across the U.S. Recently, a Sysco sales representative discovered the product on a visit to Plowboy’s Barbecue, where the owner was eating an Old Shawnee Pizza made on Fattyhead’s crust, and promptly contacted Manivong. She’s in the process of completing a deal with Sysco; once finalized, the food distributor will sell Fattyhead Keto Crust to wholesale restaurant and food service accounts.

Meanwhile, the COVID-19 outbreak curtailed demand from local restaurants. Applying her entrepreneurial spirit, Manivong decided to experiment with offering pre-made pizza on her keto crust as a heat-and-eat product.

Manivong now also sells her keto crust-based pizzas to Bulk It in Lenexa, Kansas, First Taste in Leavenworth, Kansas, and Clarity Gluten Free Shop in Buckner, Missouri. “I wanted to give small shops something unique to sell apart from the keto crust,” she says.

Despite disruptive challenges during the pandemic, Manivong is no stranger to overcoming personal and professional hurdles as she expands her business. Adopting a ketogenic diet has enabled her to better manage depression and anxiety, and creating a ketogenic product for the public and building a business as an entrepreneur offers her a positive path forward.

“Keto eating, even though I am far from perfect, has returned my livelihood,” Manivong says. “And to provide that hope for others? It’s one of the great joys of my life.”