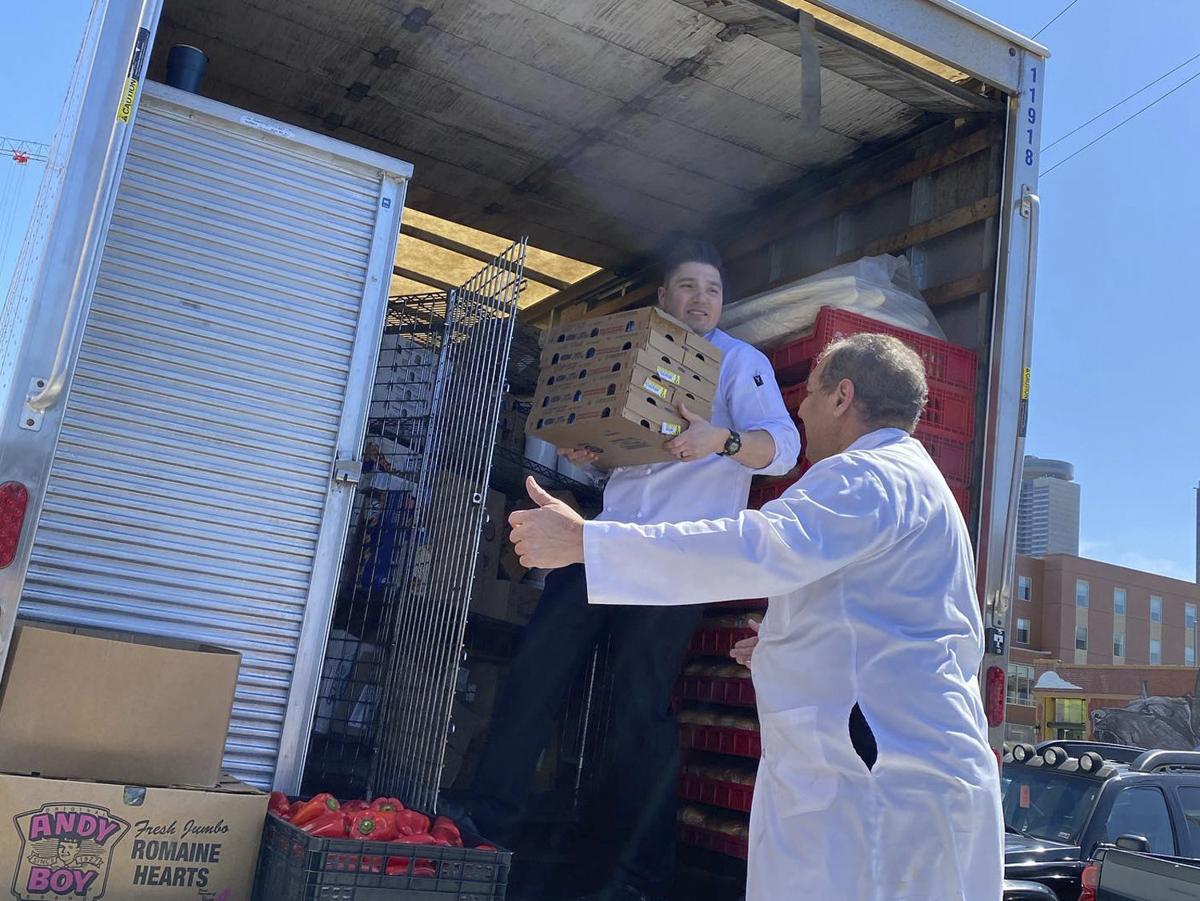 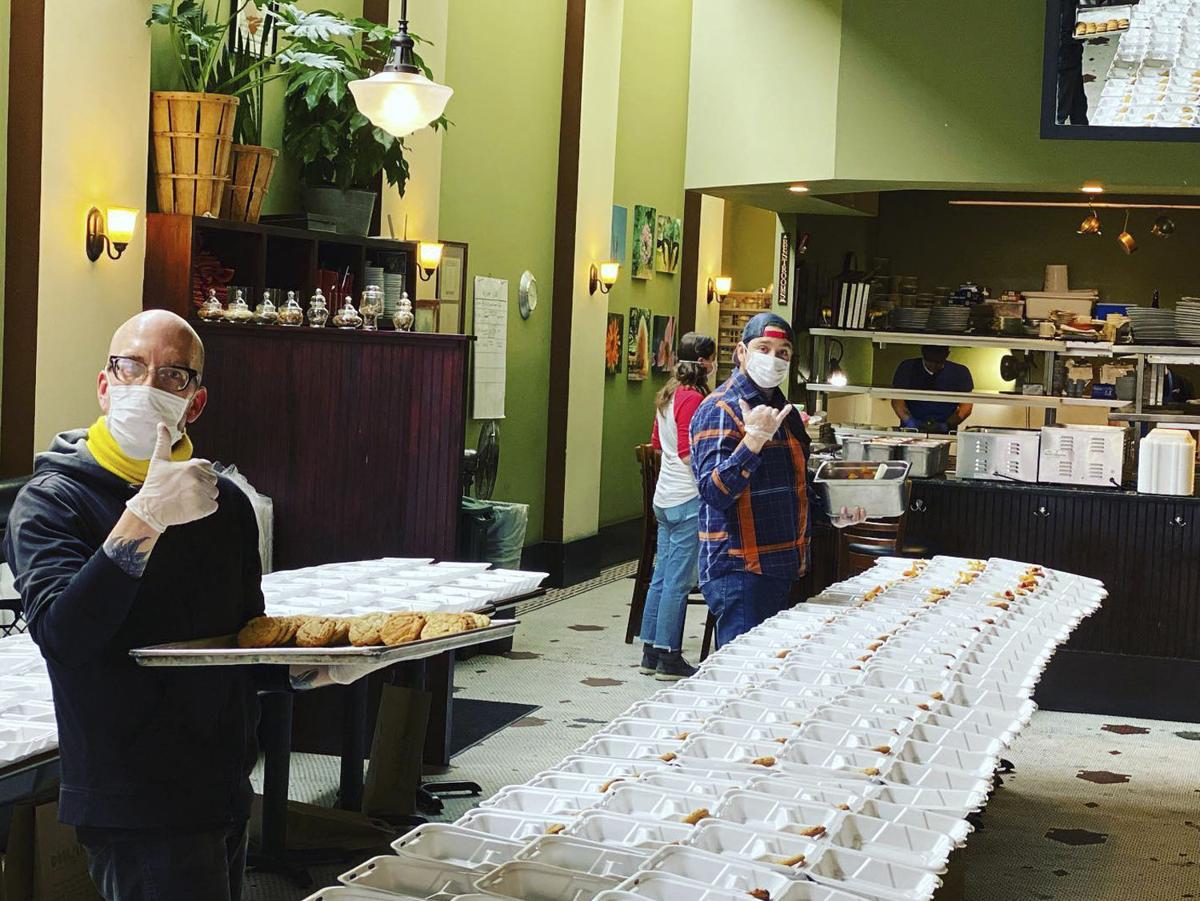 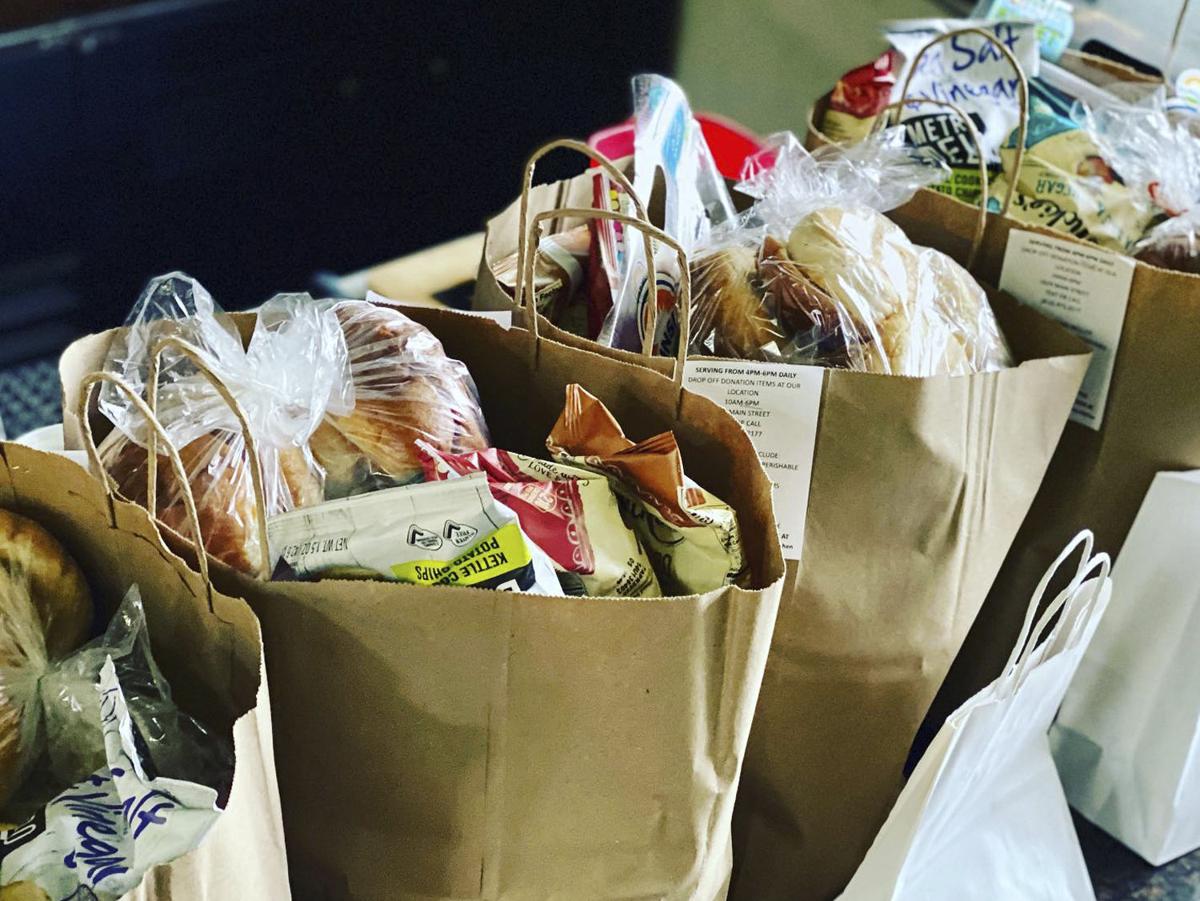 The Rieger temporarily closed its restaurant operations on Mon, March 16, and made a striking announcement that same afternoon: The popular Crossroads restaurant would transform into Crossroads Community Kitchen (CCK) and serve meals to neighbors, guests and staff.

As the COVID-19 pandemic spread nationwide, many dine-in restaurants nationwide also shut down during this time, with several shifting to carryout, curbside pickup and delivery service. Chef-owner Howard Hanna and his team, however, decided on a different response.

Hanna and director of operations Becki Ford formulated a rough plan on Monday morning and by 4pm that day, the community kitchen began serving meals. All told, the kitchen prepared and served more than 300 meals during the first three days of operations. Meals are served to go from 4 to 6pm daily on a pay-as-you’re-able basis at The Rieger.

“Crossroads Community Kitchen began out of what we saw as a necessary service to our community in this time of public health and economic crisis,” says Rieger general manager Kyle Bennett. “We were looking for the best way to serve our community and help our employees through this time. Serving our normal high-end food didn't seem to match the needs of the community right now. We want to give back to anyone in our city that may need a meal for any reason at all. We want our restaurant friends and family to know that there is still a place where they can show up for ‘family meal.’”

Family meal, of course, is industry lingo for a meal prepared for restaurant staff to eat, together when possible, before or after the day’s work. The Rieger posted about family meals on its Facebook page after announcing the debut of Crossroads Community Kitchen, stating: “During these meals we all become closer to one another as we share stories and laughs. We invite all of our service industry family and friends, and the rest of our community to continue the tradition of family meal during this very tough time.”

In part, Hanna was inspired to create Crossroads Community Kitchen after an exchange between himself and Arturo Vera-Felicie several years ago. Vera-Felicie, a U.S. native from San Juan, Puerto Rico, Vera-Felicie, and a longtime restaurant industry professional in Kansas City, flew with his father to the island in September 2017 on the Sunday before Hurricane Maria hit. Soon after disaster struck, he joined a friend’s group in a convoy of three SUVs to assist those in need. “[My friend] had met José Andrés previously and convinced José to deputize us for food delivery,” Vera-Felicie says.

Andrés, an acclaimed Spanish-American chef, is also known for his work with the nonprofit World Central Kitchen, which provides meals in the wake of natural disasters. During their time in San Juan, Vera-Felicie and a small team helped deliver food, water and supplies to nursing homes, refugee centers and neighborhoods in need.

Vera-Felicie, who is currently the bar manager at The Restaurant at 1900, then gave Hanna Andrés' book, We Fed An Island, and urged him to pass on its lessons.

“The knowledge I took from that got me thinking about how I could help too and because of that I have some strategies that are working here in KC now,” Hanna wrote in a March 18 Facebook post about Crossroads Community Kitchen. Hanna cited Vera-Felicie’s gift and many other lifelong inspirations, ending his post with the declaration: “We’re gonna get through this and keep making #beautifulfoodforthepeople.”

How to Donate to Crossroads Community Kitchen

Similar to the example set by World Central Kitchen, which has continued its nonprofit mission over the past few years, Crossroads Community Kitchen operates in a spirit of community during a time of necessity.

As word spread and community needs grew, meal preparation at CCK has expanded. School closings, the sudden job layoffs of thousands of workers and disruptions in social services contributed to the food insecurity of many Kansas Citians. “Our daily operation is growing and getting more efficient every day,” Bennett says. “So far in the past week, we have served over 3,700 meals to our community.”

CCK has also expanded capacity to accommodate larger pickup and delivery dropoffs of fresh meals to hospitals, churches, shelters such as Hope Faith, children centers, daycare centers and senior centers. The team at CCK works on site from 9am to 8pm daily with a defined schedule.

Meal preparation could not happen without a steady influx of food, to-go servingware and other supplies, and local businesses such as Grand River Mushrooms, Barham Family Farms, Farm to Market, Yoli Tortilleria, Missing Ingredient and The Westin Kansas City at Crown Center Hotel have made donations. Food and beverage distributor Ben E. Keith Co. loaned a refrigerated truck for storage of a growing inventory of perishable supplies.

Staff at The Rieger work daily to organize resources and donations, prepare food and serve meals. CCK established a GoFundMe campaign to accept monetary donations and help support its team. Proceeds are donated to Rieger staff unable to collect paychecks during the crisis, with a portion allotted for necessary purchases to fund ongoing operations of the kitchen.

“Last week, we made enough in donations to be able to support them without anyone taking a major pay decrease. CCK will not cross any funds or product with The Rieger,” Bennett says.

Sign up now to get the most recent coronavirus headlines and other important local and national news sent to your email inbox daily.

The restaurant has transformed into a community kitchen.

The group plans to choose new benefactors every few weeks.