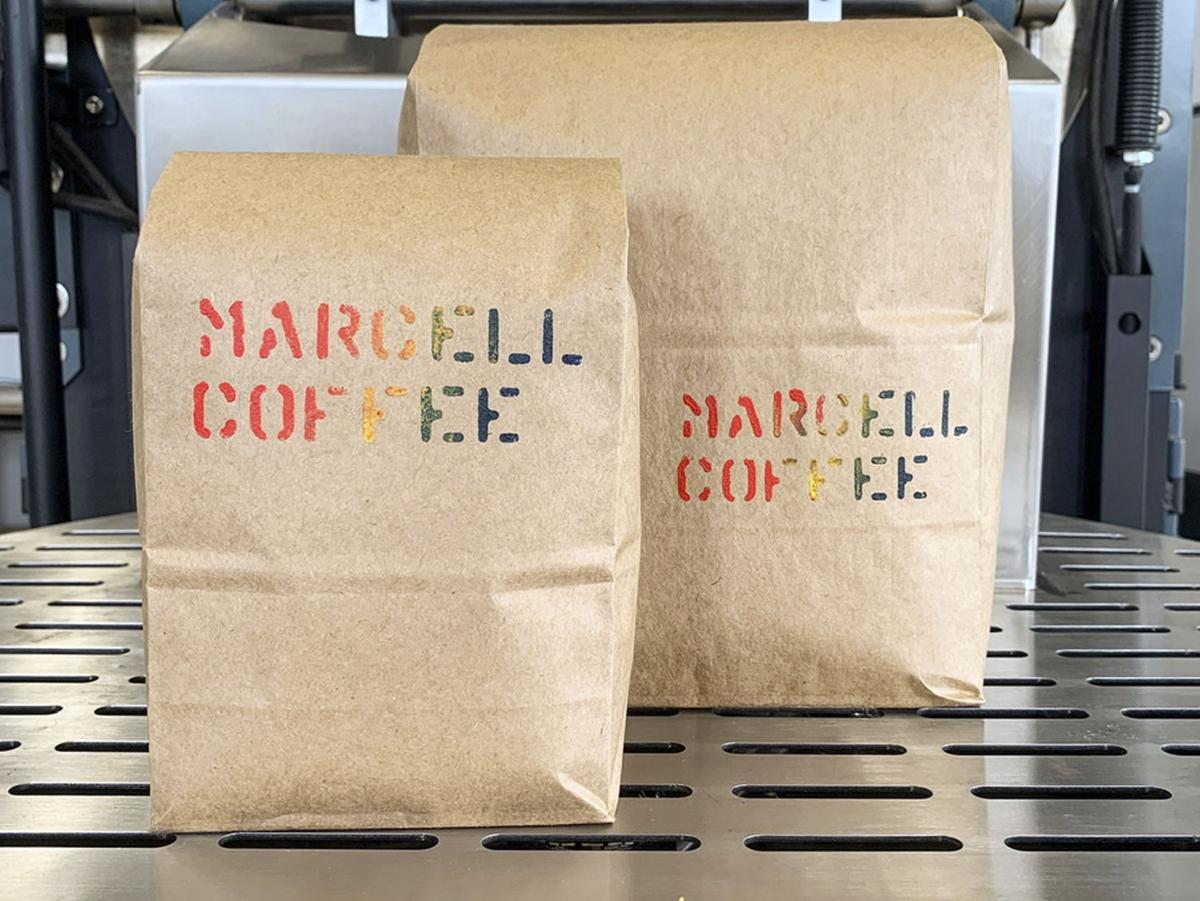 Marcell Coffee is now selling a house blend on its website. 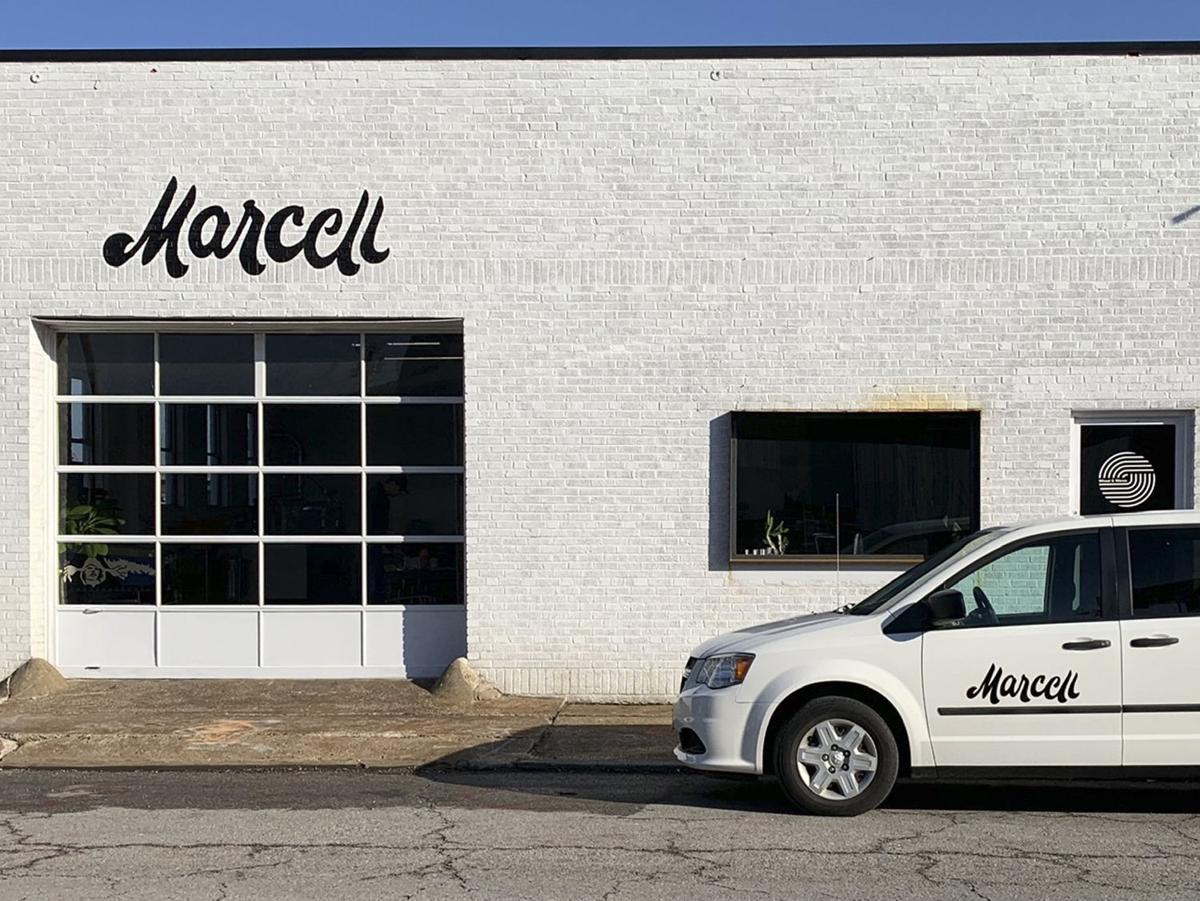 Marcell Coffee is located in a 1,000-square-foot space inside the Wheat and Waves event gallery in the East Crossroads.

Marcell Coffee is now selling a house blend on its website.

Marcell Coffee is located in a 1,000-square-foot space inside the Wheat and Waves event gallery in the East Crossroads.

After working together in the coffee industry in Kansas City, Christopher Oppenhuis, Alex Rea and Mark Sappington decided to bring their collective skills together to launch Marcell Coffee. The company sources and roasts custom, private label coffee for retailers and restaurants while working on caffeinated collaborations with other food and drink artisans.

Named in honor of Oppenhuis’ father-in-law, Marcell Coffee started about a year ago. Oppenhuis spent the first six months getting the pieces in place to set up shop in a 1,000-square-foot space inside the Wheat and Waves event gallery in the East Crossroads.

The partners met working together at Thou Mayest, where Oppenhuis was the director of coffee. For Marcell Coffee, he combines his coffee sourcing and roasting experience with Rea’s sales skills and Sappington's connections and business experience.

By September 2019, the trio had moved into the crisp white building and painted their name on the outside, unloading their recently purchased roasting equipment from Mill City Roasters in Minneapolis, Minnesota. Once in their new space, they launched their wholesale coffee company with no plans to sell directly to the public – until COVID-19 hit.

“We launched Marcell with two programs: the roasting club and our coffee collaboration projects,” says Oppenhuis. “The roasting club is our wholesale partnership program for cafés, restaurants and retailers where our clients get to choose coffee selections from our portfolio of producers and importers. We custom source and roast each blend specifically for each client and brand it with their identity.”

Marcell’s roasting club members include The Strang Coffee counter inside of the newly opened Strang Hall in Overland Park, Kansas, along with Mildred’s, Upper Crust and The Russell.

But once the pandemic hit and many of Marcell's restaurant clients had to temporarily close their doors, orders dried up. So, the team decided to create a blend that would suit all tastes and brewing systems and began selling the Marcell house blend coffee to the public on its website.

Made from 50 percent washed Colombian beans paired with 25 percent pulped natural Brazilian beans and 25 percent dry process beans from Ethiopia, Marcell's house blend has been a big hit with customers – but not as big as the colorful T-shirt and bags bearing the Marcell logo have been.

“Once we started selling our house blend coffee on our website, I decided to go ahead and roll out some branded limited edition T-shirts and bags to round out our online store,” says Oppenhuis. “I’ve been surprised at how well our T-shirts have been selling; we have to keep getting them reprinted because we keep selling out.”

Marcell's coffee collaborations have also been coming fast and furious, with work coming from many of the local breweries and distilleries. The company has been a part of unique beer collaborations like the Baba Turk, an imperial stout inspired by Turkish Coffee and brewed by Travis Moore, head brewer of Torn Label Brewing Co.

More recently, Marcell sourced cascara, dried skins of the coffee cherry, for East Forty Brewing in Blue Springs to create a beer called the 19th Hole. This very limited, can-only beer is now available and combines East Forty's citrusy Blue Springer Weisse with the tea and tobacco notes of cascara for a refreshing beer that would be perfect after 18 holes of golf.

Another willing partner has been Lifted Spirits, a popular distillery and neighbor in the East Crossroads that's known in the industry for its own collaborative spirit. Together, the two created Marcell’s wheat whiskey barrel-conditioned Colombia coffee, available in 10-ounce bags at both Lifted Spirits and on Marcell’s website in limited quantities.

“Through a proprietary process we conditioned 12 pounds of coffee from Nariño, Colombia, in a Missouri White Oak Barrel that previously held Wheat Whiskey that had been milled and distilled by our friends at Lifted Spirits,” explains Oppenhuis.

The coffee, which contains no alcohol after the roasting process, has been very popular with flavors like cherry, vanilla, burnt sugar, port wine, citrus and molasses.

Oppenhuis says that these days his collaborations have been rooted in helping others during the pandemic. He is currently collaborating with the local coffee community organization Barista Kansas City to roast and give away free bags of Marcell’s “rose diamond” coffee from Brazil, with beans generously donated by local specialty coffee importer Kapeh Utz to displaced baristas and hospitality workers.

For every donation received, a bag of coffee will be donated to a worker in the food-service industry (bartenders, servers, hosts, cooks and so on) with all proceeds from the project going to a virtual tip jar created by Barista Kansas City to support local baristas in need.

Although they were working behind the scenes before the COVID-19 crisis, Marcell Coffee has now pivoted beautifully, selling to the public and building a name for themselves in the process.