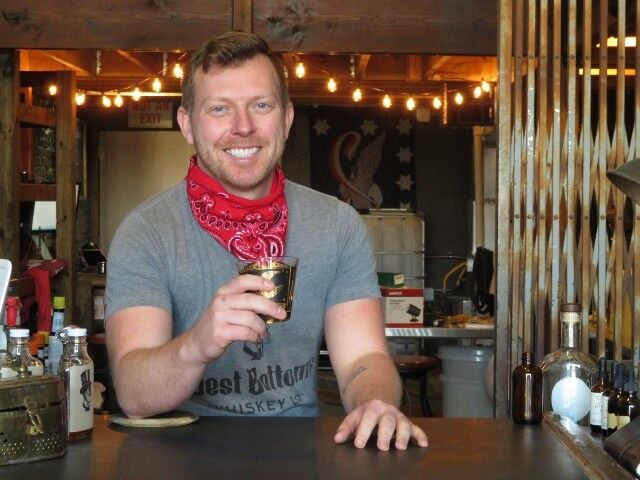 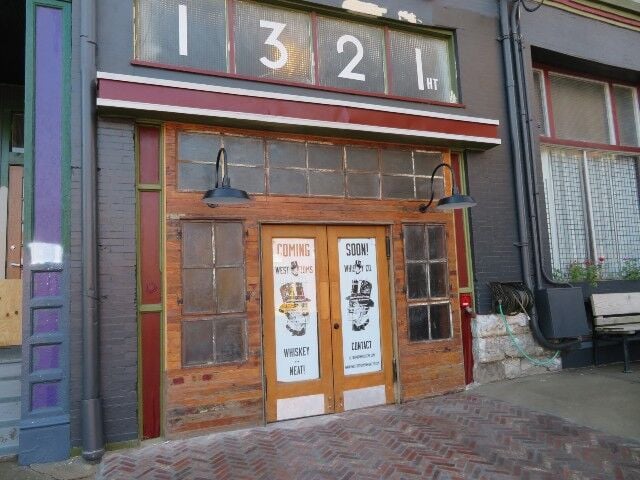 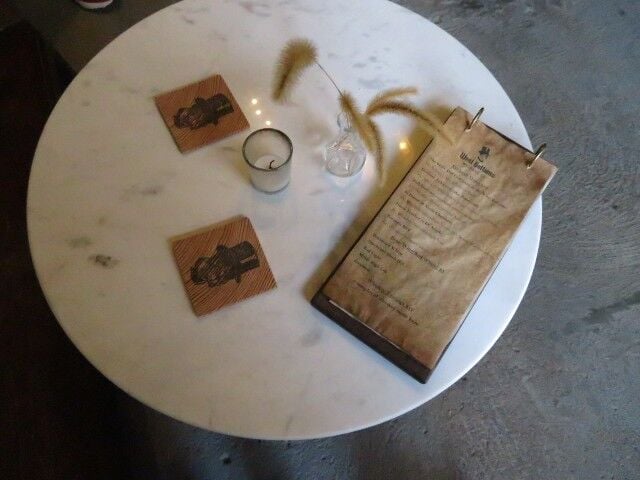 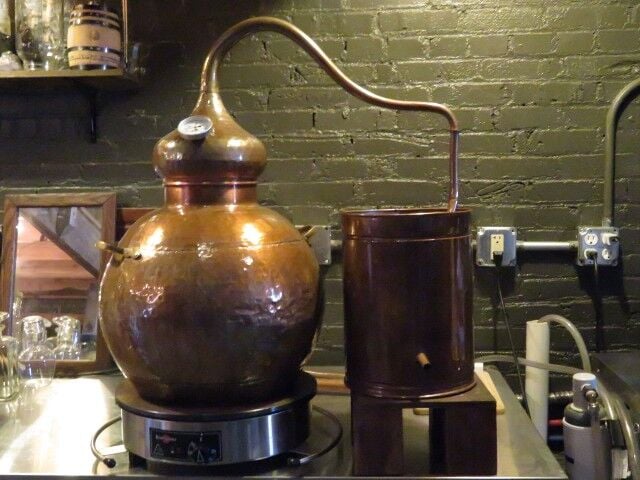 Lindsey's 10-gallon copper still is named Hephaestus after the Greek god of fire and metalworking. 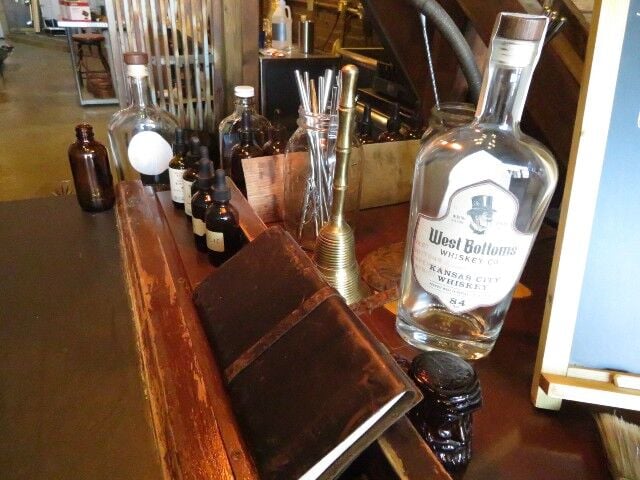 The label for KC Whiskey and other bar accoutrements. 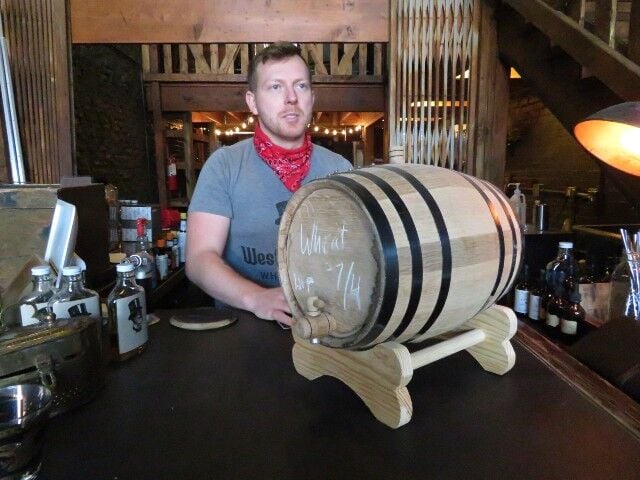 Lindsey's 10-gallon copper still is named Hephaestus after the Greek god of fire and metalworking.

The label for KC Whiskey and other bar accoutrements.

History already feels embedded into the cozy, post-Industrial vibe of West Bottoms Whiskey Co. After a slight delay amid the pandemic, owner-distiller Alex Lindsey plans to open his distillery and cocktail lounge in mid-November.

The distillery is housed in a brick-walled building that once served as a train stop to drop supplies for a neighboring tractor factory. Pointing to a wood buffering rail and remnants along the building’s walls, Lindsey says, “Trains once came directly through the building, stopped in this space, off-loaded parts, and went through the building to the railroad.”

West Bottoms Whiskey’s lower floor will feature a small seating area, walk-up bar, barrel storage and the distillery in the back room. A stairway leads past a painted wall illustration of whiskey served neat in a tumbler. A cozy lounge with chairs and a leather couch occupies the upper floor with a view of the space below.

Lindsey’s flagship offering will be KC Whiskey, composed of bourbon and rye whiskeys and blended with Oloroso sherry for a hint of sweetness. The use of sherry upholds the distinctive historic Kansas City style of whiskey revived by J. Rieger’s Kansas City Whiskey (which is crafted with a small amount of 15-year-old Oloroso Sherry). Still aging to perfection, Lindsey’s American Malt Whiskey will have a peat character akin to scotch.

In addition to whiskey served neat, West Bottoms Whiskey will serve a tempting array of cocktails. “I plan to offer the best Old Fashioned in Kansas City,” Lindsey says. “It will have a good balance of whiskey, bitters, and sweetness, based on using good ingredients including housemade bitters.”

The Old Fashioned will be served with flourish. To demonstrate, Lindsey grabs a small torch, turns it on, and applies flame to a flat round piece of oak. He places an overturned tumbler over the torched area to allow smoke to envelop the interior of the glass. Next, he pours a sample of whiskey in the glass and hands it over. Smoky aromatics provide a warm-up sensory act for the main feature to follow.

Other cocktails include a classic Boulevardier, Derriere Telegram prepared with whiskey and Champagne, and In Honor of Annie Chambers, a cocktail named after a 19th century brothel owner and madam from Kansas City’s yesteryear.

Lindsey began homebrewing and shifted to distilling at home eight years ago. He has experimented with the use of different grains and aging techniques as he has refined his craft. His 10-gallon copper still is named Hephaestus after the Greek god of fire and metalworking. Spirits are barreled in 10-liter barrels, which increases the interior surface area to spirit ratio, resulting in a faster aging process. West Bottoms Whiskey will also have spirits aging in full-size 53-gallon barrels.

Eying plans for next year, Lindsey aims to offer quarterly whiskey releases, including a wheat-based whiskey, in spring 2021. These limited-release whiskeys will be made, aged and sold onsite.