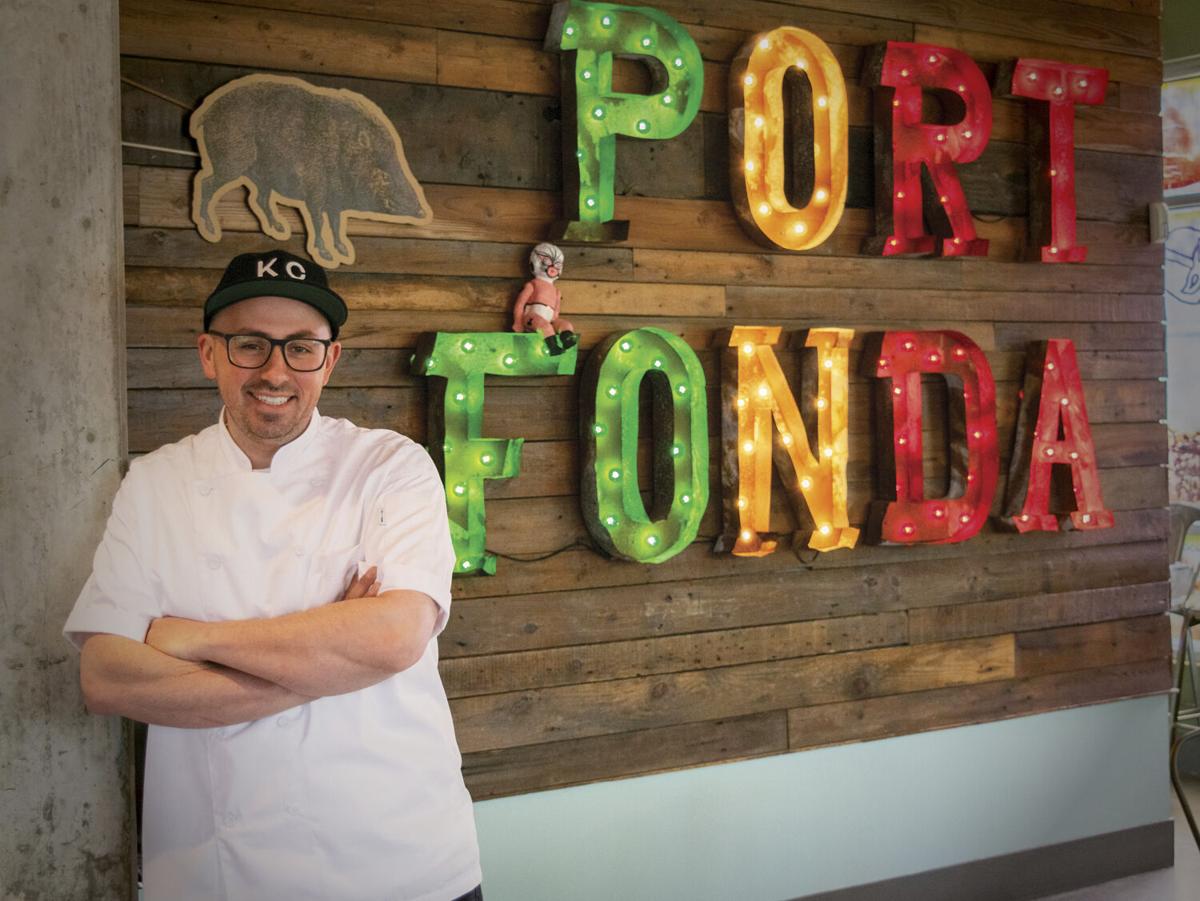 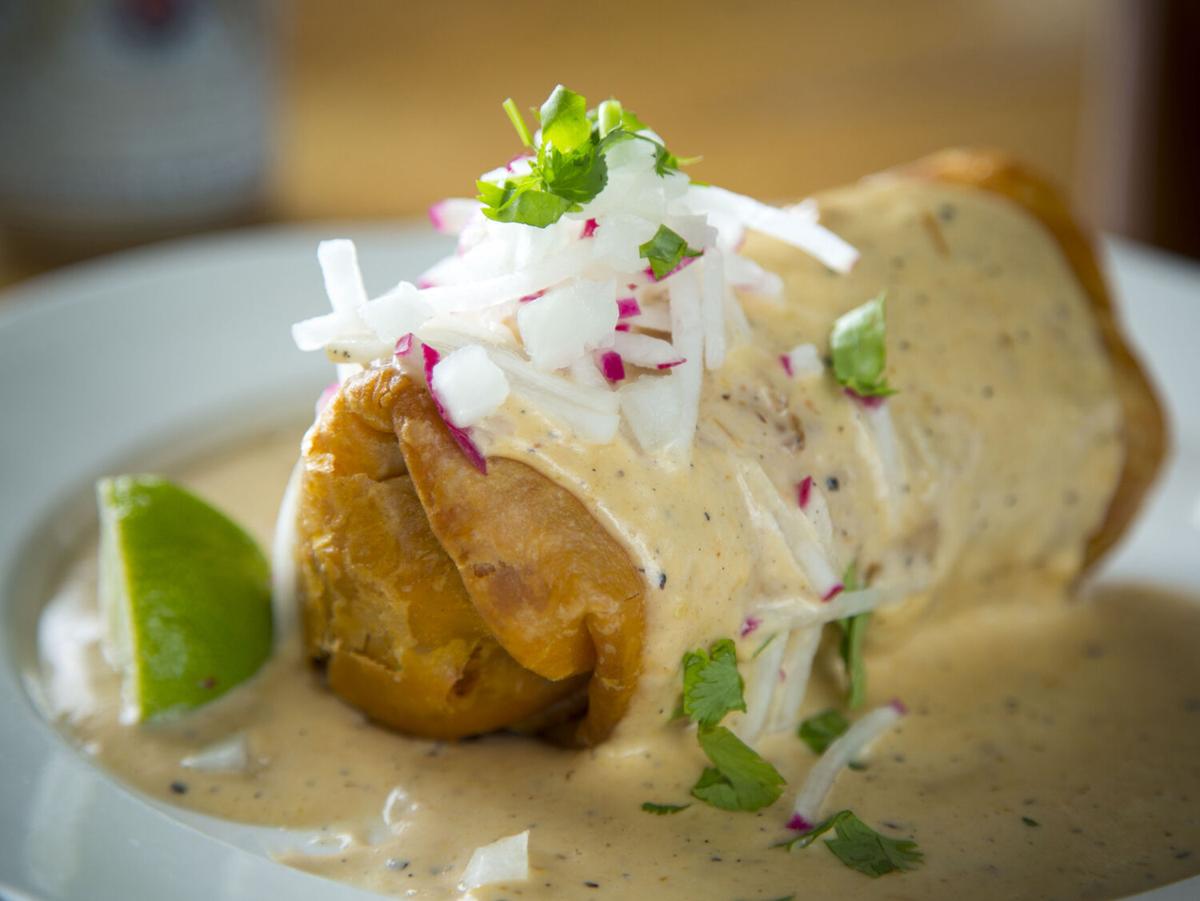 Port Fonda's new owners plan to keep favorites like the chimichanga of the day on the menu. 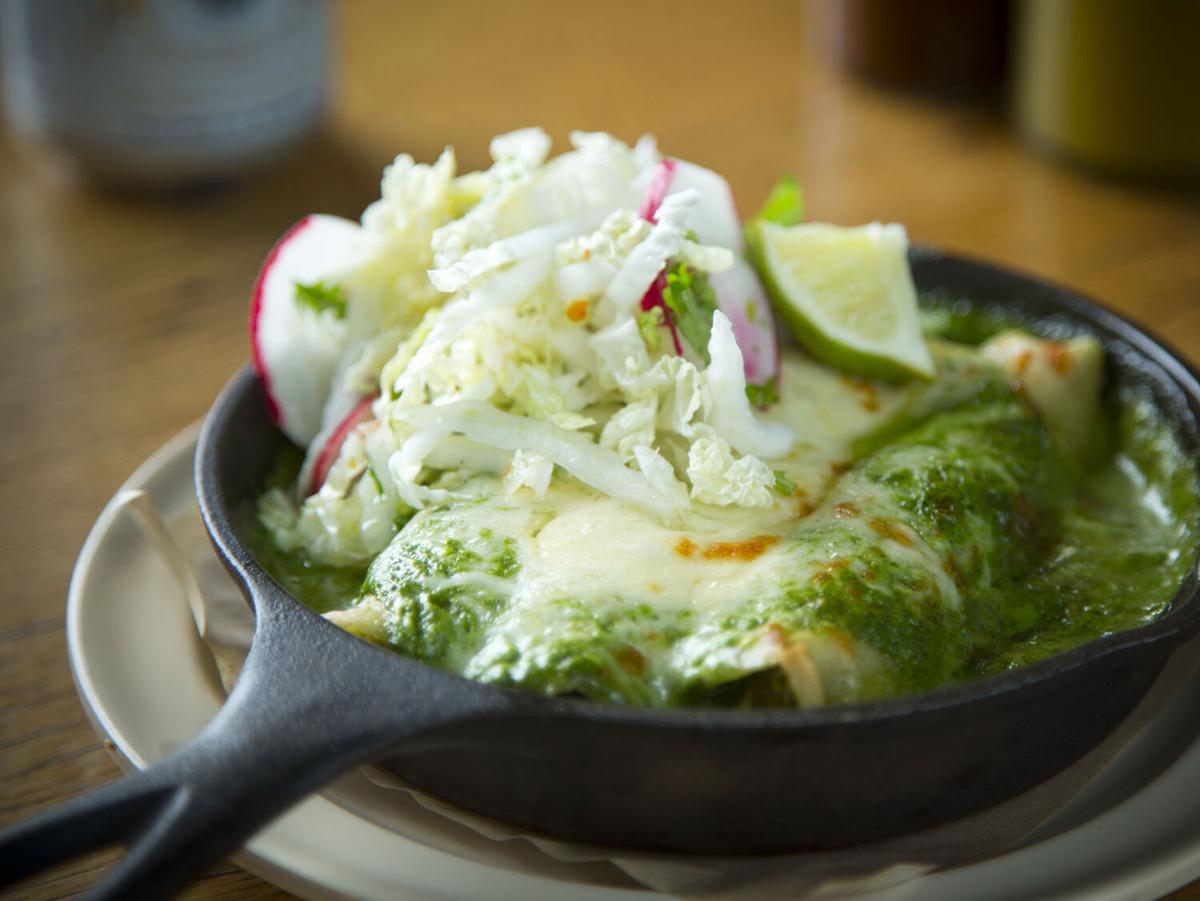 Although the team will make some changes to the menu, expect staples like Enchiladas de Suizas to stay. 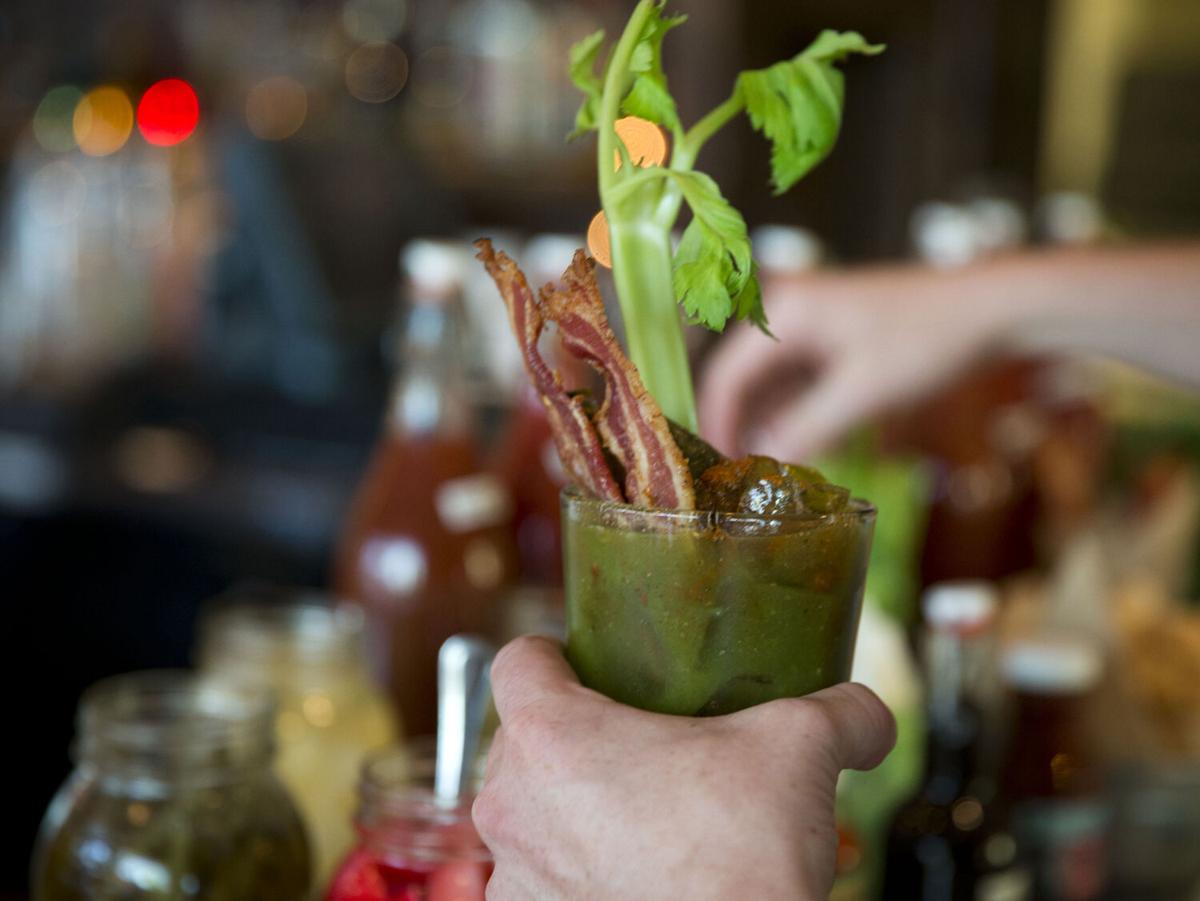 The bar will continue to serve favorites like the Bacon Bloody Maria.

Port Fonda's new owners plan to keep favorites like the chimichanga of the day on the menu.

Although the team will make some changes to the menu, expect staples like Enchiladas de Suizas to stay.

The bar will continue to serve favorites like the Bacon Bloody Maria.

A new ownership team is kicking off a new chapter at Port Fonda.

Beer KC partners James Westphal and Mark Kelpe, who own Beer Kitchen, Char Bar and Mickey’s Hideaway in Westport, have announced they have acquired ownership of Port Fonda from chef Patrick Ryan and his partner Jamie Davila. They plan to reopen the restaurant in June.

According to The Pitch, Ryan is reported to have approached the Beer KC team about selling Port Fonda before the paper's explosive exposé outlining employee allegations of an abusive workplace, drug abuse and sexual harassment at the popular Mexican eatery. Neither Ryan or Davila will have a financial stake or operational say in the restaurant moving forward.

Westphal and Kelpe, who opened their first two restaurant concepts, McCoy’s Public House and The Foundry, side by side in Westport in 1997, had intimate knowledge of the original Port Fonda concept, as they worked with Ryan on the opening of the restaurant in Westport.

“We both knew Patrick and Jamie within the industry, and when Patrick was trying to take his food truck and turn it into a brick-and-mortar restaurant, he reached out to us for some consulting help to get them over the hump,” Kelpe tells Feast. “But we haven’t ever been part of the management there.”

Over the years, Beer KC has invested heavily in the Westport entertainment district by continuing to open new restaurant concepts or refresh old ones. McCoy’s Public House was transformed into what is now Mickey’s Hideaway, and the former Foundry location became Sailor Jack’s Snack Shack before it closed in December 2018. A new restaurant group out of Nashville is currently preparing to open a Tin Roof outpost in the former Foundry location.

“We love Westport, and all the energy and excitement it generates,” Westphal said in a statement. “It’s where Kansas City started. It’s the heart and soul of Kansas City. We’ll do everything we can to shepherd that spirit.”

The partners see this acquisition as a way to try and save another Kansas City restaurant from closing for good during the pandemic. They liked the concept, the location and the food at Port Fonda, and know they have the experience, infrastructure and support needed to reopen and run Port Fonda in a healthy and productive way moving forward.

“Our first priority is the safety of our team, and concern for our guests,” Westphal said. “We take that very seriously.”

Raised in Topeka, Kansas, the self-taught chef moved to Chicago where he started his cooking career in earnest. Eventually, he was named the executive chef at The Southern in Wicker Park before moving to acclaimed Michelin-starred restaurant Longman & Eagle. Michael continued his career at Dusek’s Board & Beer and La Sirena Clandestina before landing at Brass Heart, where he stayed for two years, leaving right before the pandemic hit in early 2020.

“I think the Westport area is very unique; it actually reminded me a lot of Chicago,” Michael tells Feast. “I met these guys at Beer KC and I knew immediately it would be a good fit for me. They care deeply and take an honest and genuine approach to hospitality, just like I do. I had so much fun working for La Sirena Clandestina, and I am ready to sink my teeth into Latin cuisine again.”

Michael says that although his path did not cross with Ryan’s in Chicago, where both chefs spent time cooking, he and Peterson are currently going through all of the original Port Fonda recipes and reviewing the greatest hits to ensure that those favorites remain on the menu.

“Port Fonda had done a good job of changing the menu to highlight the food in different regions of Mexico, and once we get the doors open, we plan to do the same,” says Kelpe. “The first six months, to give our team time to adjust to the new menu, we are going to do a bit of a collaboration between Port Fonda and our other restaurant menus. We will be offering a small section of Char Bar smoked meats and using them in traditional Mexican dishes at Port Fonda – things like Kansas City burnt end-filled tamales – in addition to continuing to make fan favorites like esquite asado, chilaquiles and chorizo fundido. We also plan to continue Port Fonda’s tradition of offering a tamale, ceviche and chimichanga of the day to keep things fresh and seasonal.”

The group also plans to bring back Port Fonda’s popular Hatch chile festival this year, which will be held over Labor Day weekend. This popular Westport food festival honors the limited time that the New Mexico favorite is in season.

As for the cocktail program, expect to see few changes for the reopening in June, though the partners plan to take a deep dive into mezcal’s history with the drink offerings.

There is also no plan to make any major changes to the footprint of the space, but they will do a refresh before reopening the restaurant. The goal is to try not to change the character of the space. Port Fonda will celebrate 10 years in business this year, and this new ownership team is committed to getting the popular restaurant ready for the next 10 years.

“We’re thrilled to add Port Fonda to our culinary lineup,” Kelpe said in the release. “We’re committed to the authenticity and creativity that went into every recipe that created a strong local following, as well as national acclaim.”