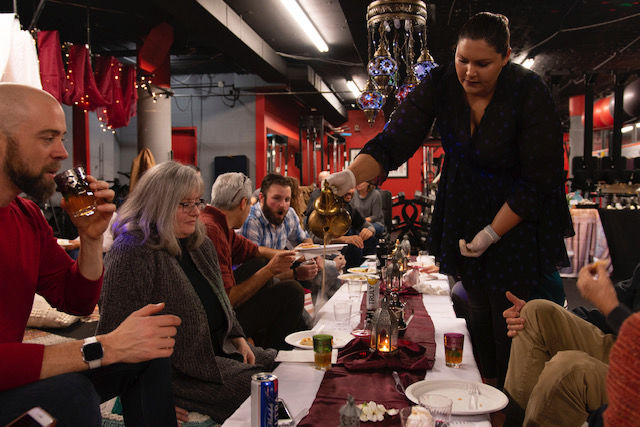 Chef Kawtar Ben serves guests at a Moroccan-themed dinner party she hosted for a friend. 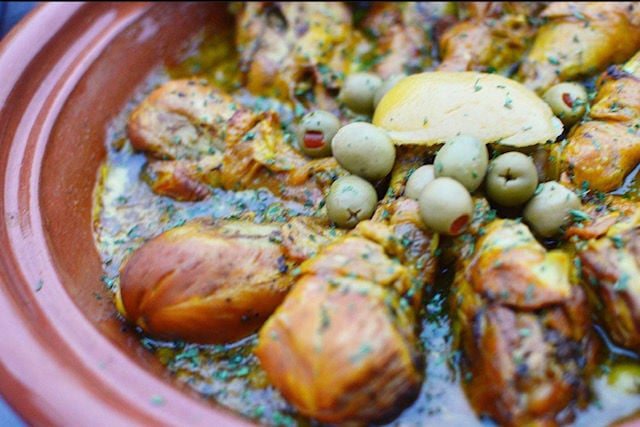 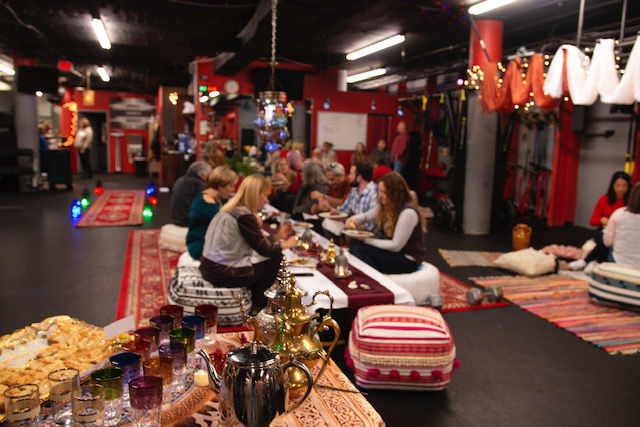 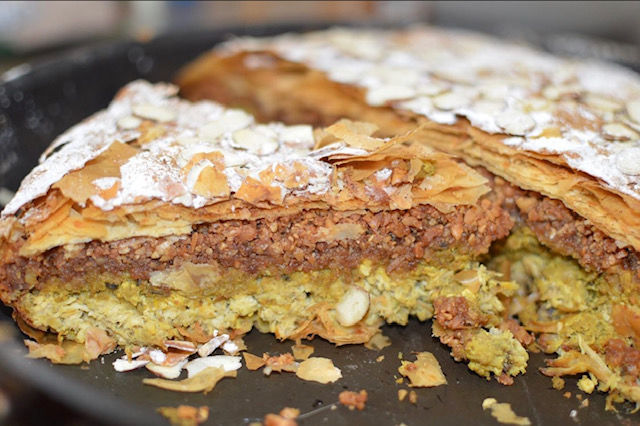 Chicken pastila, made with spiced chicken and almonds wrapped in crisp filo pastry and finished with cinnamon and sugar 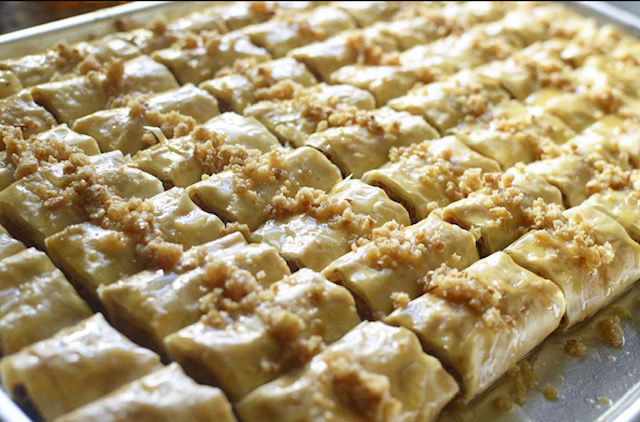 Chef Kawtar Ben serves guests at a Moroccan-themed dinner party she hosted for a friend.

Chicken pastila, made with spiced chicken and almonds wrapped in crisp filo pastry and finished with cinnamon and sugar

For the last decade, there has not been a Moroccan restaurant in Kansas City. Now, deeply-spiced North African dishes are only a click away.

Kawtar Ben, chef-owner of Tagine House, is cooking up the sweet and savory dishes of her home country, Morocco, serving tagines full of slowly-braised meats, vegetables and fluffy couscous laden with warm fragrant spices to her clients.

Using the Ennovation Center in Independence as her commercial kitchen, Ben caters everything from boxed office lunches to full dinner party meals, cooked from start to finish in your home.

Those interested in simply trying her home-cooked Moroccan dishes can also order individual dishes online that serve up to 5 people that she will deliver anywhere within the Kansas City metro area, with 24-hours notice.

Ben moved from Rabat, Morocco, to Texas in 2010 and finally moved to Kansas City in 2013 after securing her green card. She soon met and married her husband, who works at University of Missouri Kansas City. After she graduated from college, she took a job working in the healthcare field as a medical insurance coder. She soon realized it was a job that paid the bills, but not one she was passionate about.

“I just wasn’t happy,” Ben says. “I was eventually laid off because they decided to outsource my position, and I considered that a sign that I was meant to do something else, making people happy through my food.”

She immediately got to work on establishing a business entity and securing the proper food handling permits and business licenses, along with finding a place to cook her food for her catering clients.

“The Ennovation Center really helped me figure out all of the pieces that I needed to open Tagine House Catering, and I was grateful for the help, they made this transition very easy for me,” Ben says.

She was fortunate to connect with some folks at the Kansas City Public Library early on, and they hired her to do some catering work at the library for a few special events, which helped get her name out there. She also hosted a private Moroccan dinner party at a friend’s gym to help get the word out and to get some photos she needed to market her business. “I decorated the entire space and had guests sit at a traditional low table on cloth and leather poofs to eat their Moroccan meal,” Ben says.

She is happy to cater this kind of an immersive Moroccan dining experience, or something much simpler depending on her clients needs.

As part of her ongoing marketing plans, Ben recently hosted a sold out Moroccan cooking class at The Olive Tree, teaching people how to make her Moroccan dishes at home is something she takes great pleasure in doing.

Even with the set-backs to her business plans due to COVID-19, business is slowly starting to pick back up, mostly for her carry out meals and smaller dinner parties.

“I know people are sometimes afraid to try a new cuisine, they hear the word spice and they sometimes think it means Moroccan food is spicy, but it’s not,” Ben says. “Moroccan cuisine is seasoned with sweeter warming spices like saffron, ginger, turmeric and cinnamon, and good Moroccan home cooks can tell by just looking at the color or their chicken if it has enough spice in the dish.”

She learned how to develop her own culinary “eye” by watching her mother cook for their family when she was younger, although she wasn’t that interested in learning how to cook herself back then. Her mom, being a bit of a perfectionist in the kitchen, would often let her help, but in the end, finished the dish herself.

It wasn’t until she landed in Kansas City and had her own family that Ben realized she missed the dishes from home and knew she needed to learn to cook them for her own family to enjoy. That is when she started reading Moroccan cookbooks in earnest and watching online cooking videos to learn the tips and techniques.

“Some things, I am able to get from Morocco, and I’ll just call my dad, and he will send them to me, but Olive Café & Bakery and Zamouris Spices are where I get much of what I need in Kansas City,” Ben says. “They have been excellent resources for me.”

The best-selling dishes on her catering menu have been her beef tagine, topped with caramelized prunes and apricot, and the chicken tagine, cooked with preserved lemons and green olives, served over fluffy couscous or saffron rice.

The sweet and savory chicken pastila is a stand-out dish that features spiced chicken and almonds wrapped in crisp filo pastry and finished with cinnamon and sugar. M'rozia is another dish that balances that savory-sweet combo made with beef or chicken; it is a sweeter tagine that has caramelized onions and raisins.

In addition to a couple of hearty soups and fresh salads, Ben has plenty of vegetable sides such as roasted spiced carrots, potatoes and zaalouk (a grilled eggplant mixture with cumin, garlic and olive oil) and taktouka (grilled bell pepper cooked with tomato sauce and garlic).

“I take pride in making all of my dishes by hand, and I make them the same traditional way every time to make sure my beef tagine or couscous and vegetables always tastes the same every time I make them,” Ben says.