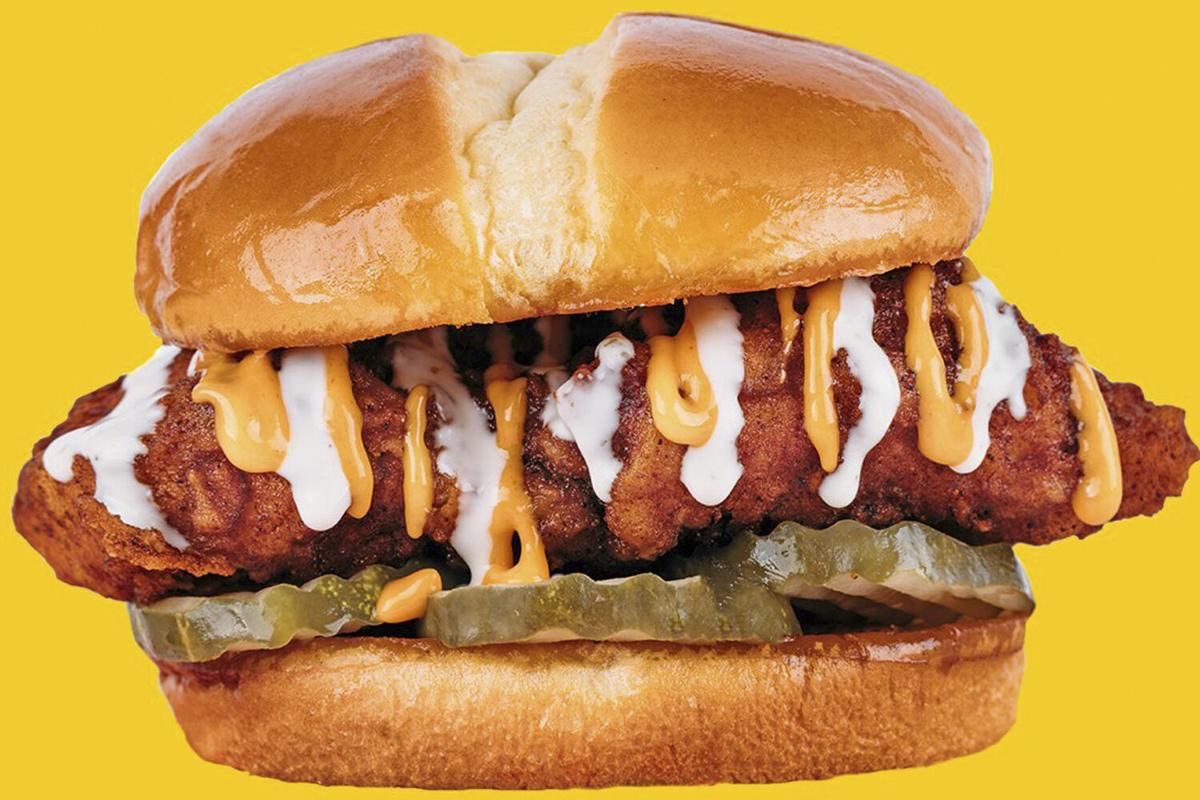 WingStand by Jefferson's offers a double-dipped chicken sandwich, tossed in Turbo sauce and refried before being served with ranch, mild sauce and pickles. 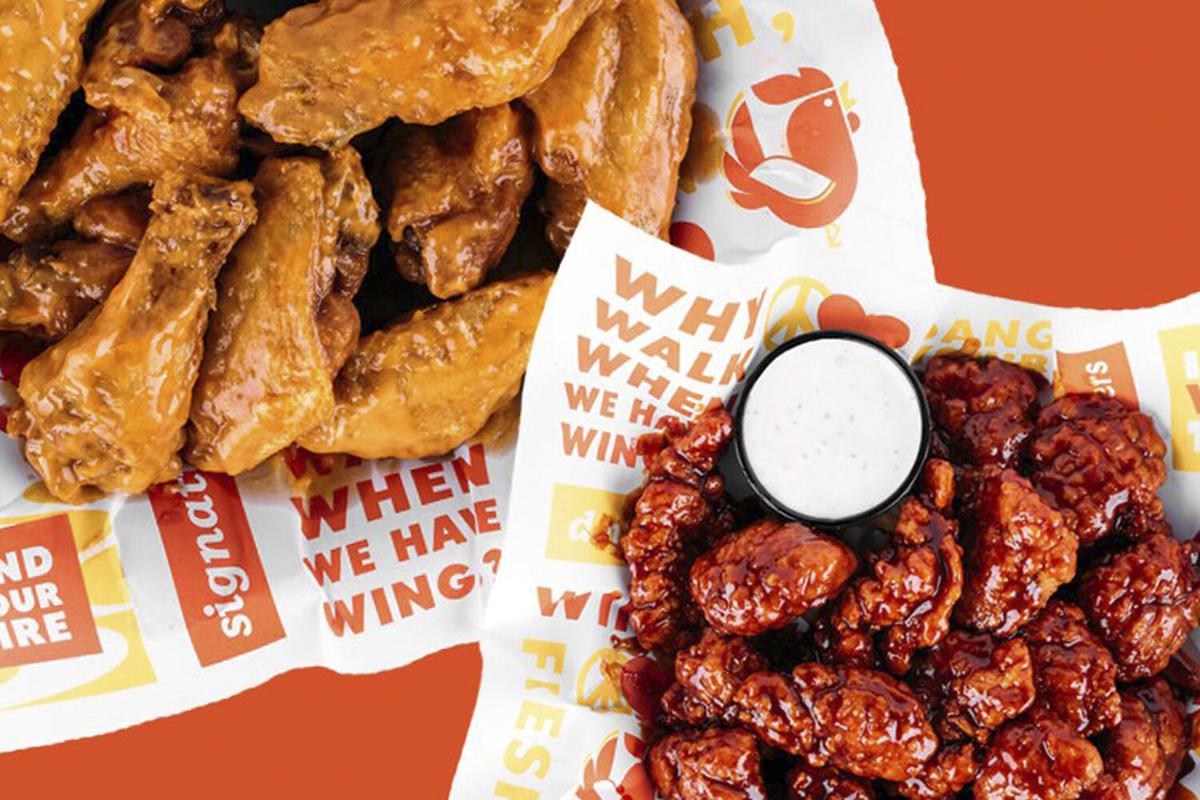 Wings can be tossed in any of the restaurant's 18 sauces. 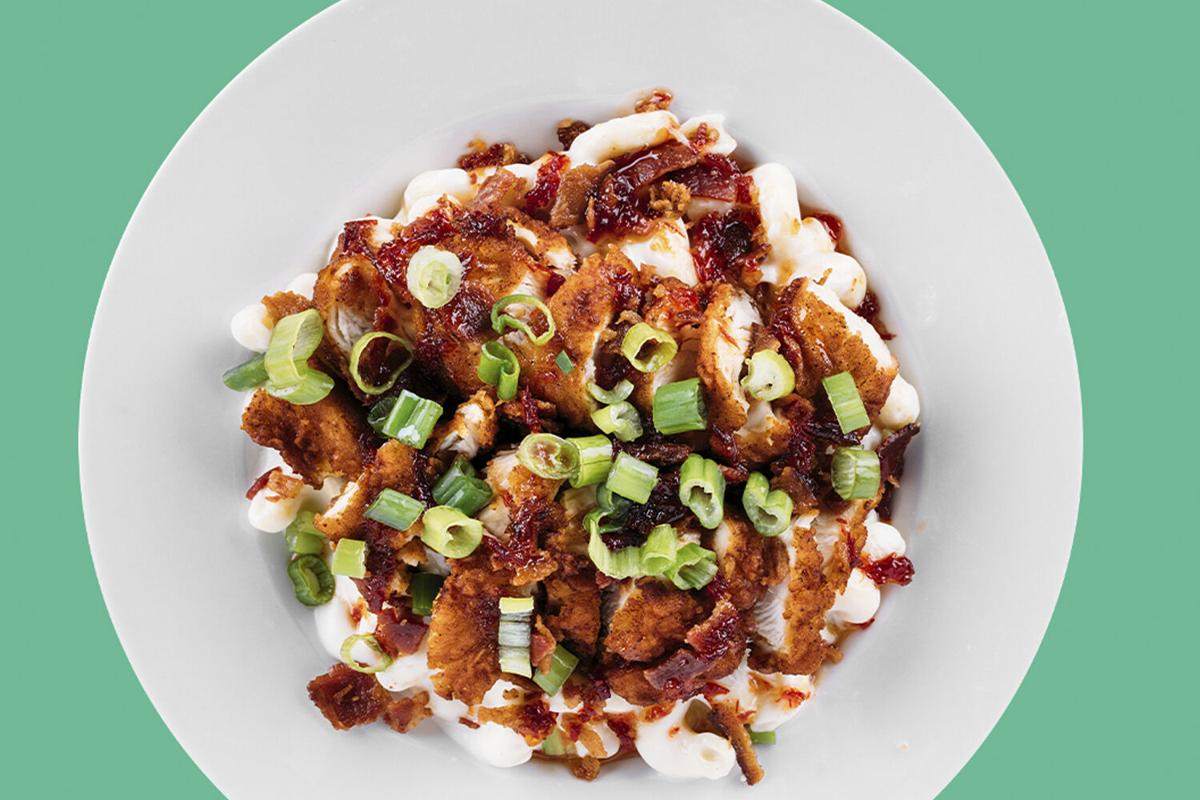 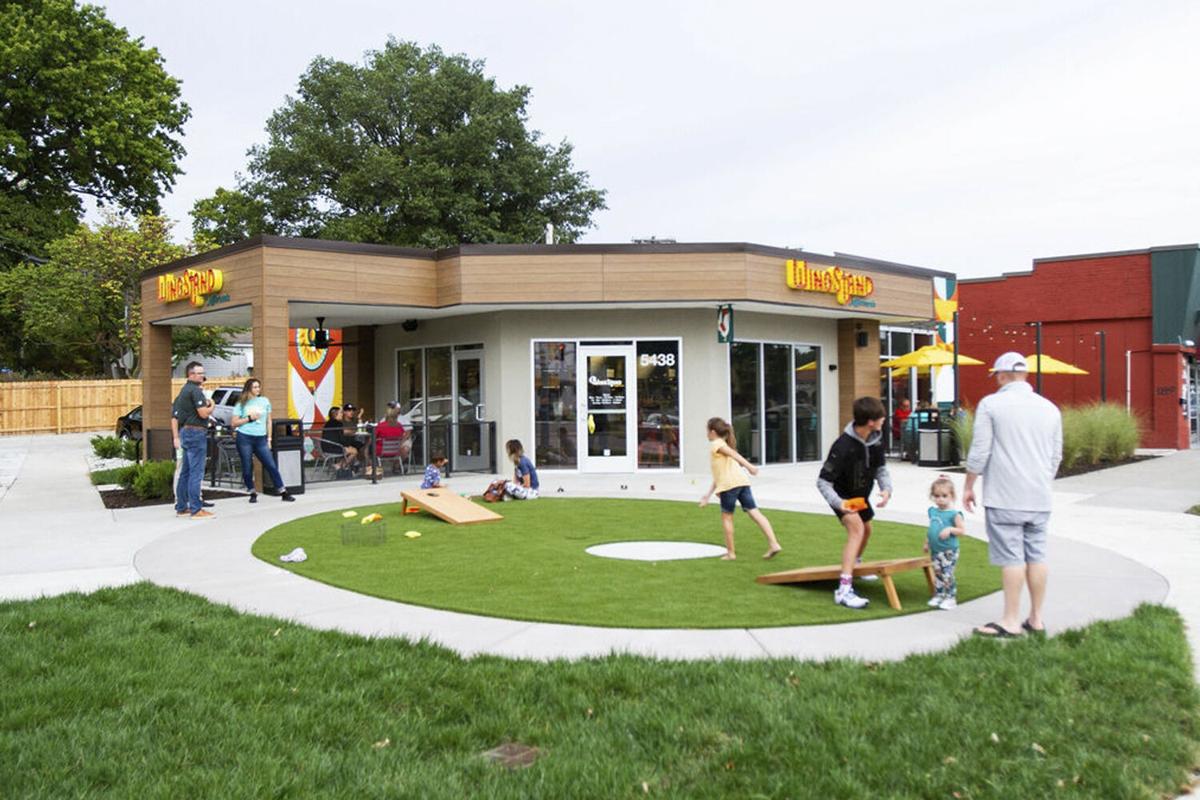 WingStand by Jefferson's is now open in Mission.

For almost 10 years, Brandon Graham has been overseeing the flipping of burgers, tossing of wings and shucking of fresh oysters at Jefferson’s in Lawrence, Kansas. Now, the former franchisee-turned-president of Jefferson’s Franchise Systems, which has 30 locations across the country, has launched his first new concept in Kansas City: a sister brand that is strictly for the birds.

WingStand by Jefferson’s opened in October on the corner of Johnson Drive and Nall Avenue in Mission, Kansas, in a former Pride’s dry cleaning shop. Six months of construction resulted in a small footprint restaurant; with only a few tables located indoors, the restaurant boasts a large outdoor patio with several colorful murals that provide the perfect place for friends and family to gather for a meal.

With two Jefferson’s restaurant locations in Kansas City and two in Lawrence, the restaurateur wanted to test his newest dine-in, delivery and to-go concept in a bigger market closest to his home base.

“We wanted to be on the Kansas side of the state line to test our smaller footprint concept, WingStand by Jefferson’s, to hopefully capitalize on the 'KU side' of Kansas City, where we think we may already have some name recognition,” Graham says.

Jefferson’s was originally born in Jacksonville, Alabama, in 1991 as a neighborhood bar and grill serving juicy burgers, wings and – unusual by Midwestern standards – fresh gulf oysters. Graham liked the combination so much that he became a franchisee in 2012, bringing the concept to his college town of Lawrence, and soon, he acquired the entire franchise.

WingStand by Jefferson’s and its namesake restaurant share two things in common.

“The two sister concepts share some of the same flavors of dipping sauces and our double-dipped wings, which are our number one seller at Jefferson’s,” Graham says. “We use Jefferson’s turbo sauce to dip the wings after they have been fried once, then we dip them back in the oil and fry them again. Most of the heat from the Turbo sauce is burnt off in the second fry, leaving a super crunchy wing that tastes like it has a nice spice to it, almost like dry rub, that guests love.”

Key to WingStand’s menu is its selection of more than 18 signature sauces – from mild to hot and sweet to savory – and the sauces aren’t only for the wings. All of the menu items can be tossed in any of the signature sauces, including the loaded mac n’ cheese.

Offering soft drinks only, WingStand has partnered with the neighboring Sully’s Pub to find a creative solution that allows guests the opportunity to order alcoholic beverages from the bar next door and enjoy them outside on WingStand’s patio. Patrons of Sully’s can also order food from WingStand and enjoy it inside the pub.

“We didn’t want to have to sell alcoholic drinks with this small footprint to-go concept, and a partnership with our neighborhood bar next door was a way to allow those guests who want to dine on our patio to be able to enjoy a beer with their wings,” Graham says.

To help create and communicate WingStand’s personality, Graham turned to local artists to give his corner restaurant some original flair.

“We used Tad Carpenter of Carpenter Collective to paint full wall murals on the east and west side of our building that has really added a lot of color and made our outdoor patio an inviting place to enjoy a meal,” Graham says.

By the end of the year, the lawn of the restaurant will officially be complete when a six-foot fiberglass chicken, created by Mike Riggs of Riggs Fabrication out of Lawrence, will be installed out front, sure to capture the attention of anyone driving down Johnson Drive.

A second WingStand location is slated to open in mid-October at 7715 State Line Road in Kansas City, and future locations will be announced in the coming months.

WingStand by Jefferson's offers a double-dipped chicken sandwich, tossed in Turbo sauce and refried before being served with ranch, mild sauce and pickles.

Wings can be tossed in any of the restaurant's 18 sauces.

WingStand by Jefferson's is now open in Mission.