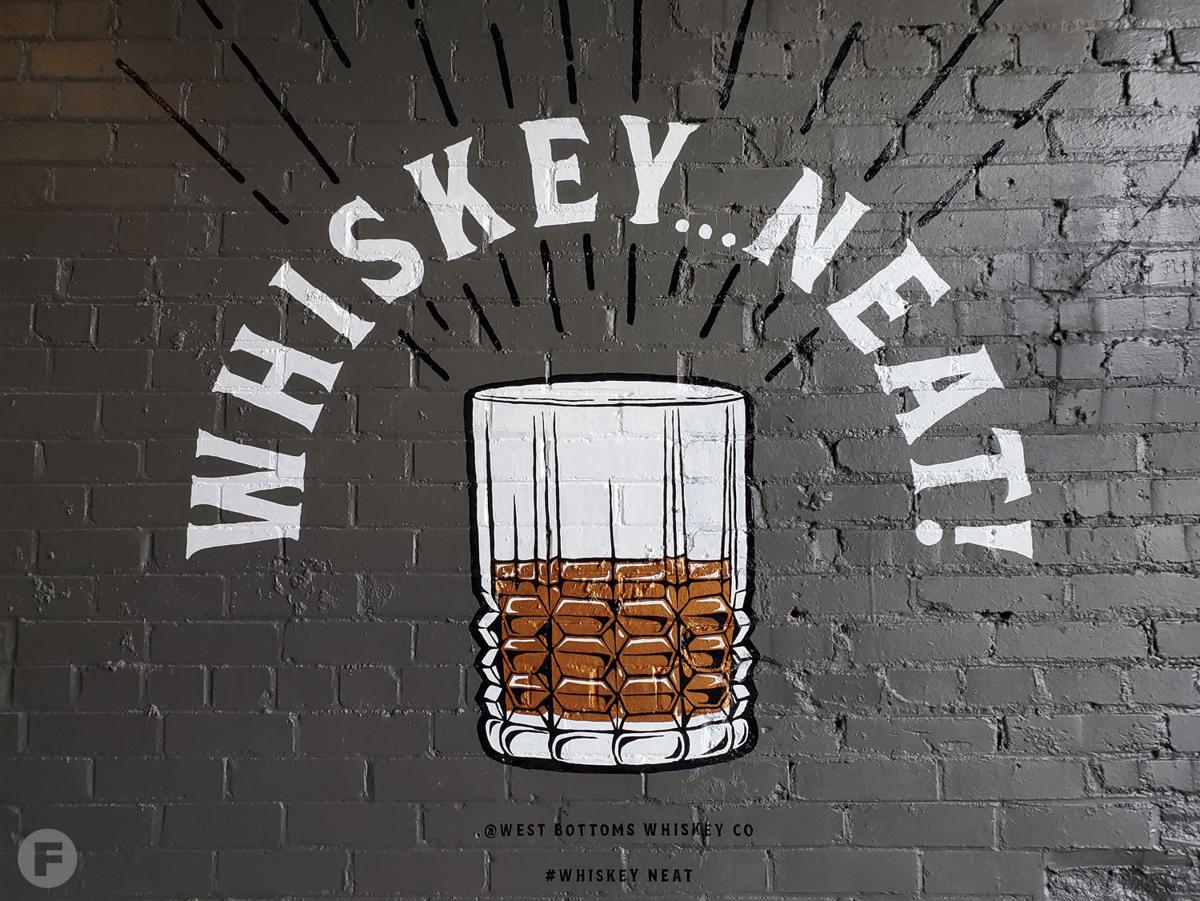 This mural is one of the first things guests see when walking into West Bottoms Whiskey. 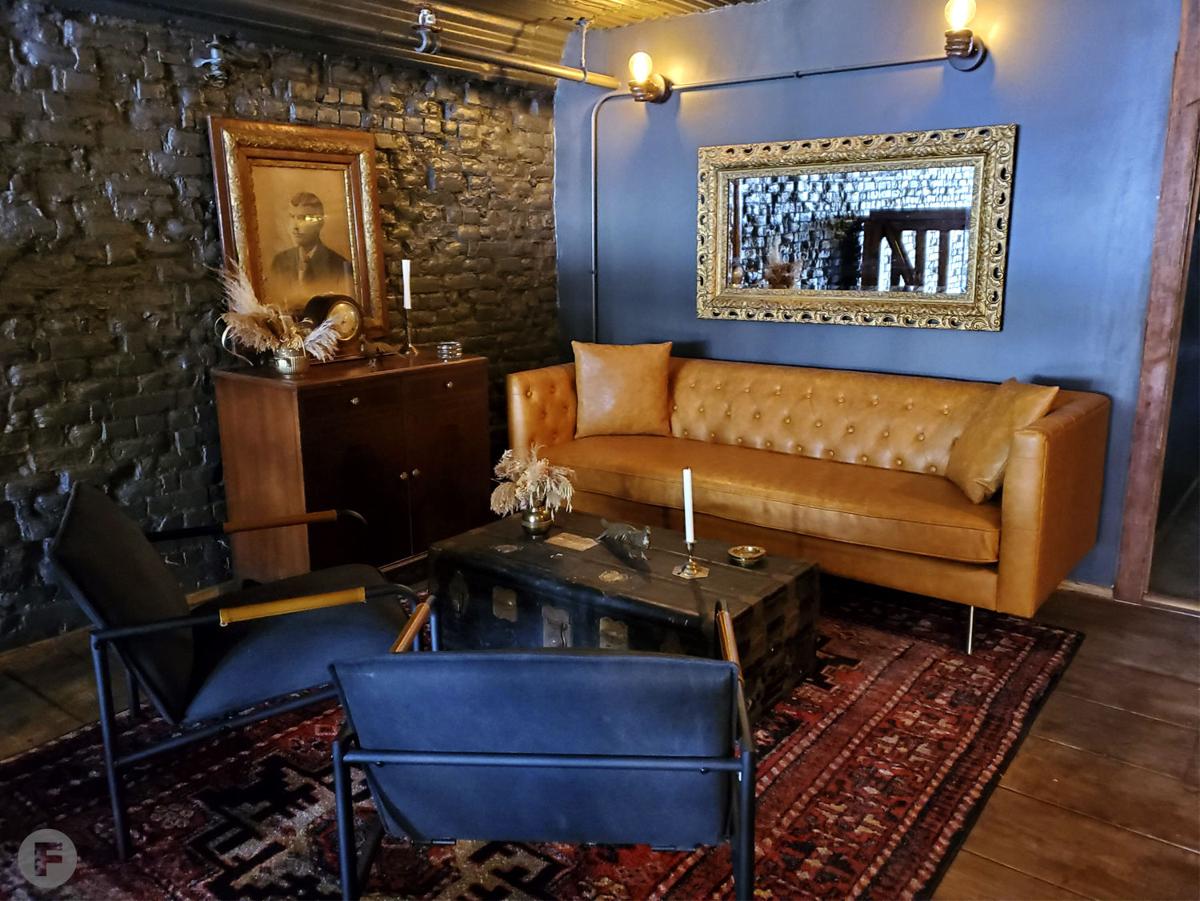 While whiskey is the focus, West Bottoms Whiskey will also feature a full bar. 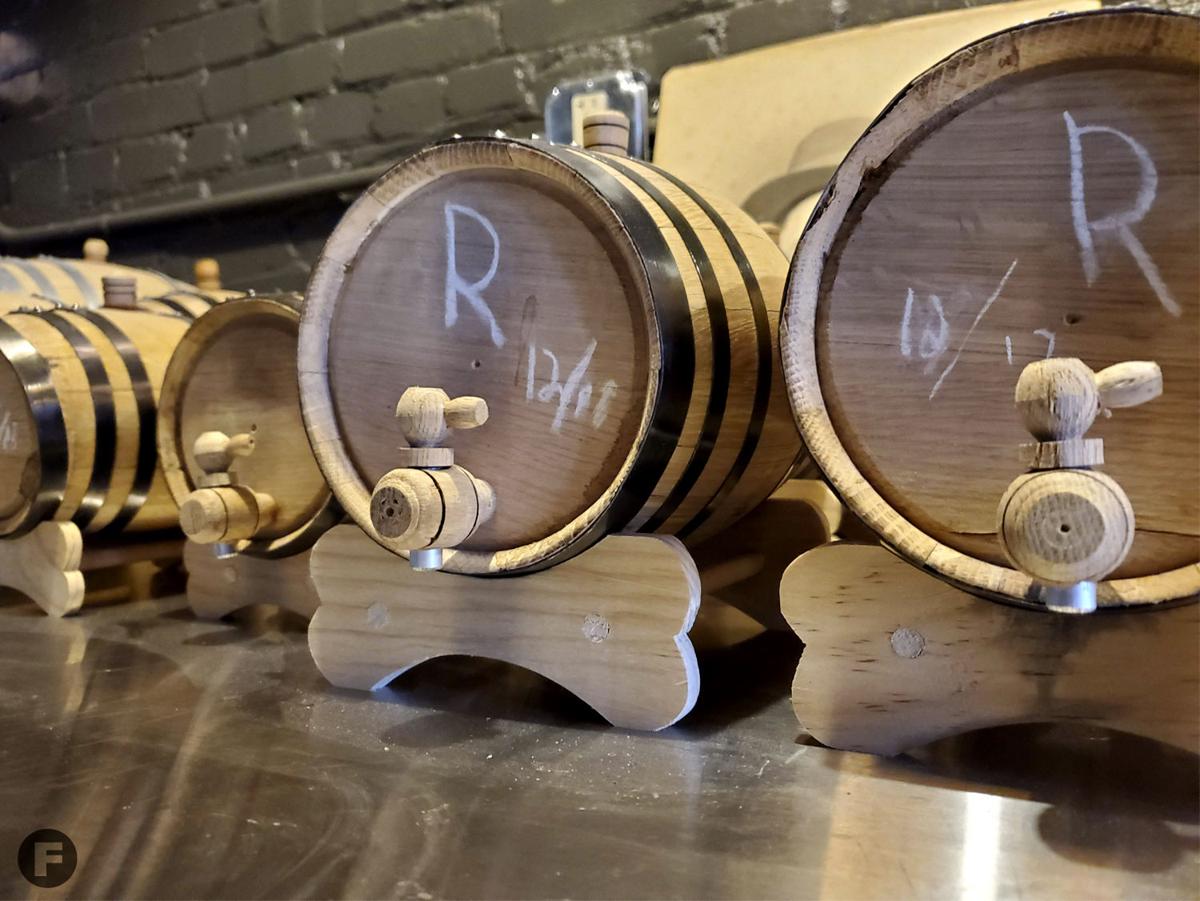 The distillery has been in the works since 2016.

This mural is one of the first things guests see when walking into West Bottoms Whiskey.

While whiskey is the focus, West Bottoms Whiskey will also feature a full bar.

The distillery has been in the works since 2016.

Kansas City has a new whiskey in town and a new place to drink it.

West Bottoms Whiskey, a distillery, is set to open in the West Bottoms neighborhood in March. Alex Lindsey, the owner and distiller, has been distilling whiskey for years; the idea to open a distillery has been in the works since about 2016.

When he found the space in the West Bottoms, he knew it would be perfect for his vision. He hopes the cozy, inviting space – and delicious whiskey – will help add to the continued growth of the West Bottoms.

West Bottoms Whiskey has multiple lounge areas, though the space itself is small; it's designed to encourage people to socialize. The upstairs features some bar stools, a few comfy chairs and a leather couch. The downstairs is largely open, with stools near the walls and a wheeled bar right in the middle of the room. There are also plenty of personal touches, including two murals: One features a glass of whiskey underneath the phrase “Whiskey… Neat!” The other features Murdock, the mascot of West Bottoms Whiskey, donning a top hat and monocle.

Though there will be a full bar, including some local beers and wines, the focus of the signature drinks at West Bottoms Whiskey will be the Kansas City Blended Whiskey, their flagship spirit. The liquor itself is inspired by the whiskey at J. Rieger & Co.

That said, Lindsey doesn’t want to freeze people out if it isn’t their spirit of choice.

The whiskey itself is a blend of bourbon and wheat whiskies, which is then finished with sherry. It’s twice distilled in a limbic pot still that the team has nicknamed “Hephaestus,” the Greek god of fire and metalworking. It’s aged in small barrels, which allows it to take on complex flavors in a faster time frame than it would take in larger barrels.

Lindsey hopes to have the Kansas City blend distributed throughout the city a short time after opening the distillery. He also plans special quarterly whiskey releases that customers will only be able to pick up in small bottles at the distillery. He wants to do more traditional rye and wheat whiskies, as well as a smoky whiskey variety, for the releases.