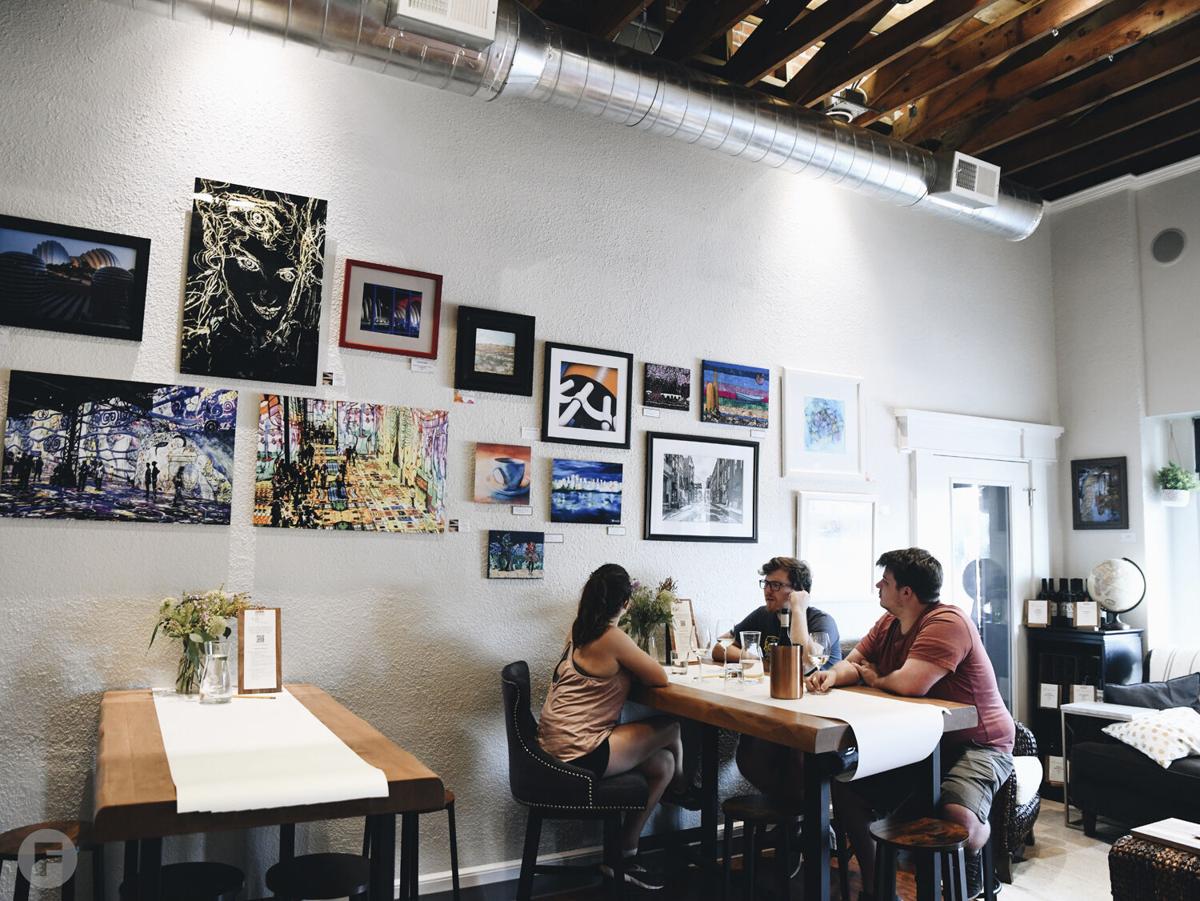 When the owners opened Marco Polo, they wanted the space to feel more like a living room than a restaurant. 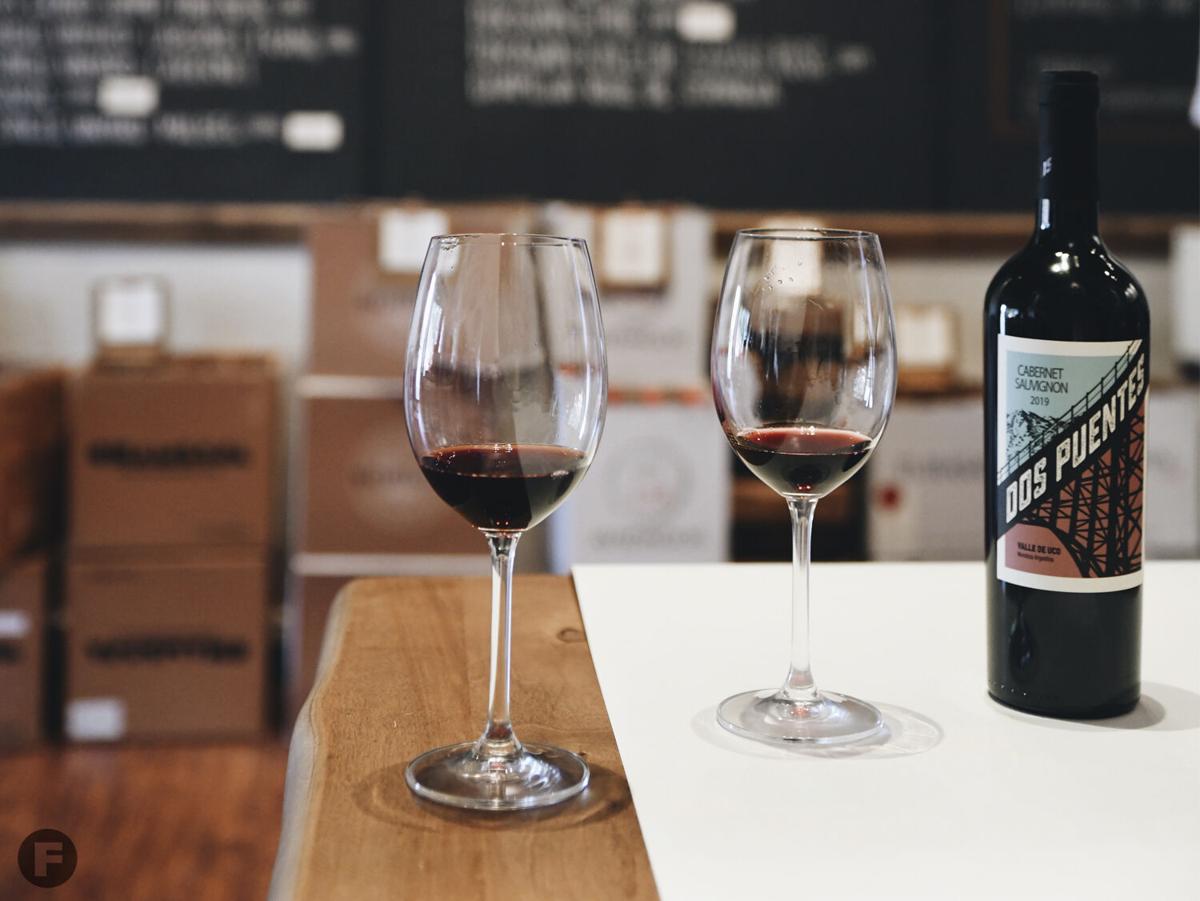 Most bottles at Marco Polo are affordable options, ranging from $11 to $24. 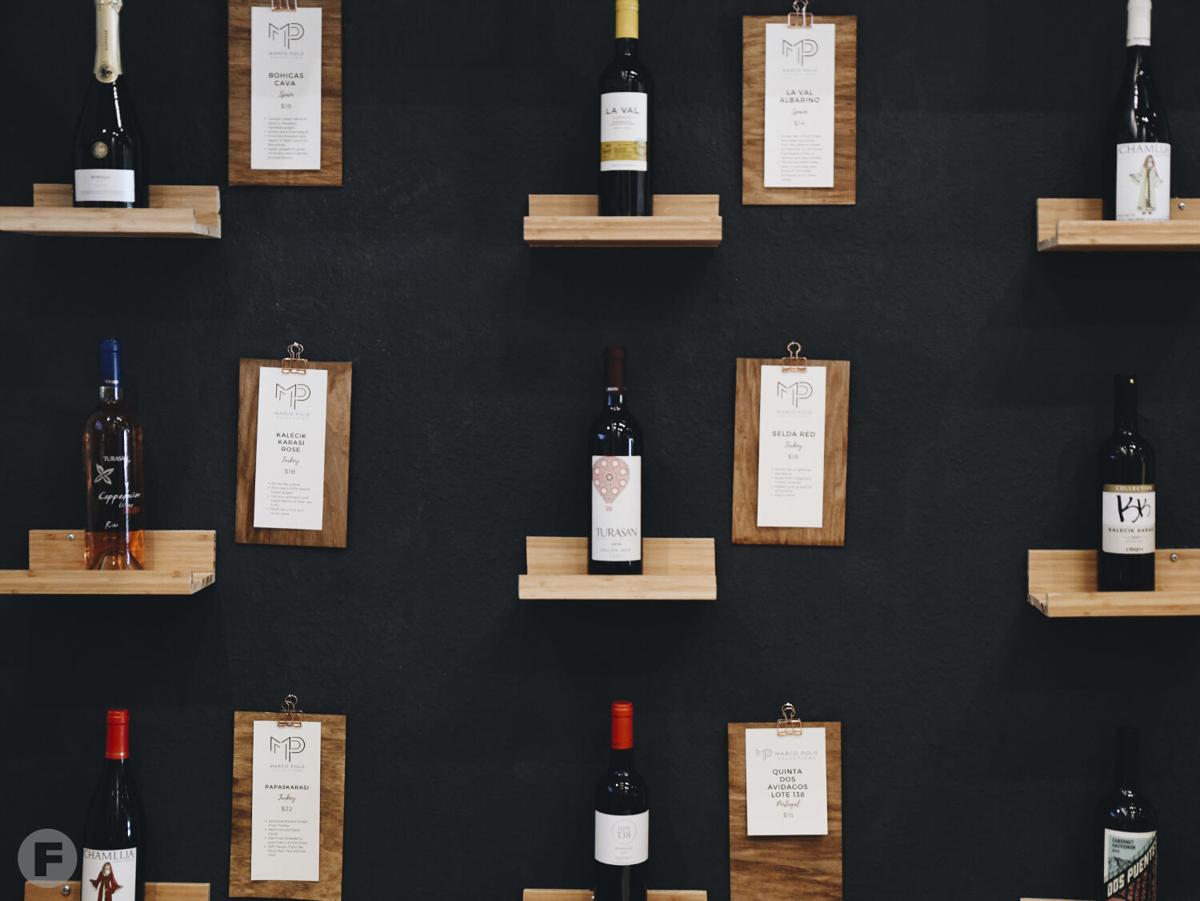 Get up close with the wines before tasting them at Marco Polo. 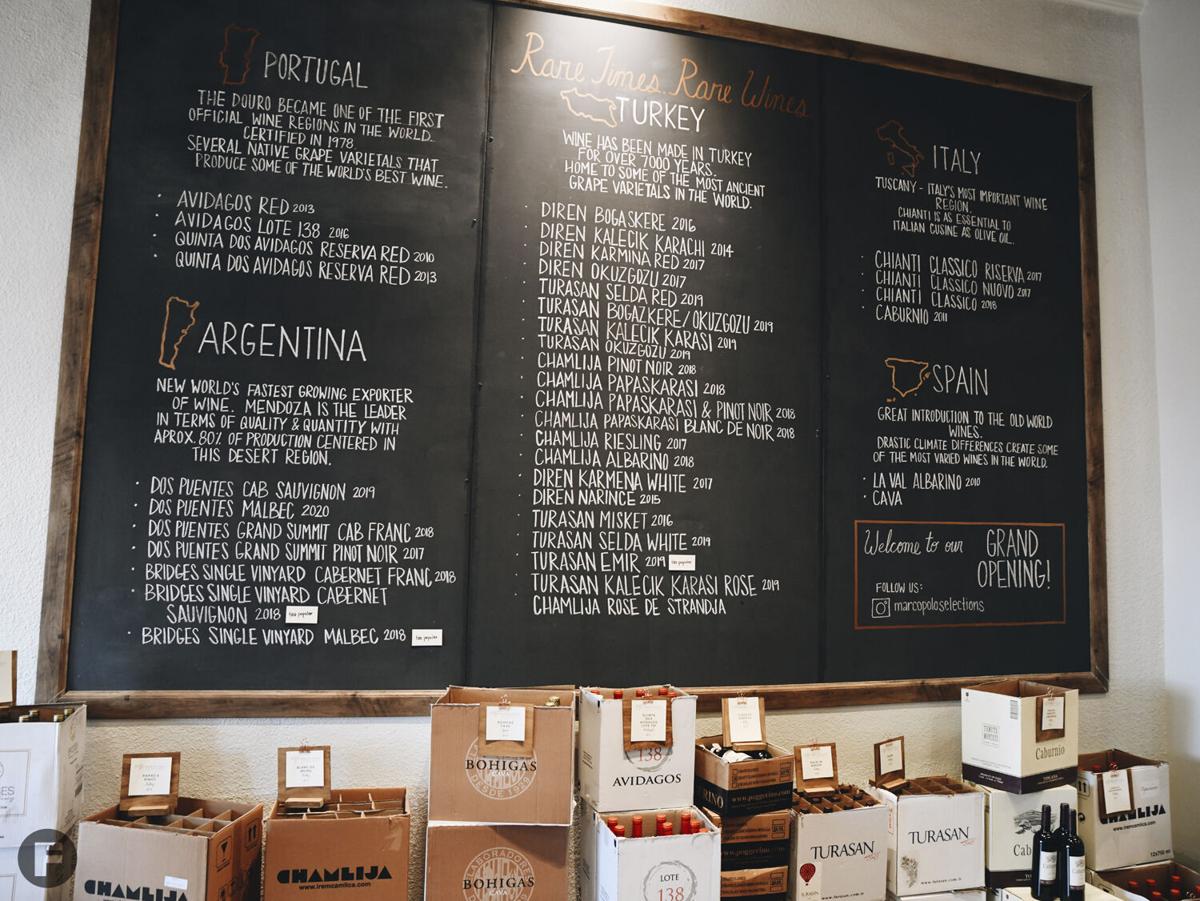 Written elegantly by local artists, the giant chalkboard reveals what wines are available in shop.

Waldo's newest tenant is bringing an atmosphere to the South Kansas City neighborhood that you won't find at other area watering holes. In mid-July, Marco Polo Selections, a wine retail shop and tasting room, opened its doors near the corner of 75th Street and Wornall Road, providing a new and sophisticated imbibing option for Kansas City’s wine-lovers.

When they first created the concept in April 2020, co-owners Nate Riley and Emily Maher hoped to build an online distribution company to bring eclectic European wines from small vineyards to their growing customer base. Marco Polo’s original Waldo shop officially opened in October 2020, but according to Maher, the direct-to-consumer shipping model came with its own logistical and legal complications, leading the duo to pivot to their current retail model.

“Most people were understandably hesitant to purchase anything they hadn’t tried before, and while we were able to host some private wine tastings, we realized we needed to create a space where people could sit down and try a glass themselves," she says.

In June 2021, they signed the lease for Marco Polo Selections’ newest home in the heart of Waldo. “We hoped to build a comfortable space that people would actually hang out in,” Maher says. “We wanted a space that could support our retail business, but that also felt more like a living room than a restaurant.”

Having worked in the wine industry for more than 15 years, Riley used his personal and professional connections to source wine from lesser known, family-owned Turkish, Portuguese, Spanish, Italian and German vineyards.

“You can’t find these wines anywhere else in Kansas City, and in some cases, anywhere else in the entire country,” Riley says of the smaller labels Marco Polo currently carries. “For the most part, these family-owned wineries are worrying about more than the margins. They’re going to care about quality, process and tradition. We’ve kind of lost sight of that domestically.”

Much of Marco Polo’s list of wines is comprised of Turkish wines. These Old World grape varietals – in some cases 7,000 years old – provide robust and rare tasting notes that are exceptionally palatable yet unlike anything found at your local grocery store. And while these varietals might seem exclusive, their price tags don’t match that mentality: Most of the bottles sold at Marco Polo Selections run between $11 and $24.

“From the start, our goal has been to bring delicious, affordable Old World wines to Kansas Citians while promoting these small, family-owned wineries that wouldn’t otherwise have a platform," Maher says.

One wall of the retail shop is covered with paintings and prints from Image Art Gallery, an artist-owned nonprofit in Overland Park, Kansas. The other wall has been repurposed into a giant chalkboard, where the wine list has been beautifully printed by Ashley and Katie Mantooth, the local artists and sisters behind Mantooth Creative. The florals throughout the bar and shop are done by Waldo’s very own flower design studio Botanica. And, for those who love a patio drink, Marco Polo even has a small courtyard out back.

While the space doesn’t currently offer a food menu, the owners invite patrons to bring their own snacks to accompany their wine pairings, which run $25 per person.

For Riley, the opportunity to sell wine out of Waldo, which has experienced a bit of a rebirth in recent years, is a dream come true.

“We live in the neighborhood," he says. "We hang out here. Our kids go to school nearby. It’s important to us that we’re able to support small family vineyards abroad while keeping our money here.”

The best food and drink events in Kansas City this weekend: Nov. 26-28

Friday is the official start of the holiday season, and there are plenty of things to do this weekend to jumpstart the most wonderful time of the year.

The concept comes from the owners of Kansas City's Prime Sushi.

Four varieties of the Jalisco-distilled spirit can be found in and around Kansas City.

The best food and drink events in Kansas City this weekend: Nov. 19-21

Try wine or whiskey before the holidays or head to a farm-to-table dinner this weekend.

When the owners opened Marco Polo, they wanted the space to feel more like a living room than a restaurant.

Most bottles at Marco Polo are affordable options, ranging from $11 to $24.

Get up close with the wines before tasting them at Marco Polo.

Written elegantly by local artists, the giant chalkboard reveals what wines are available in shop.