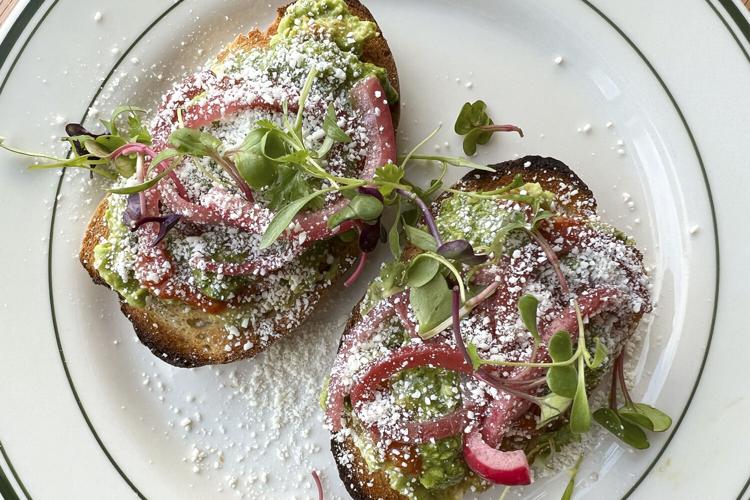 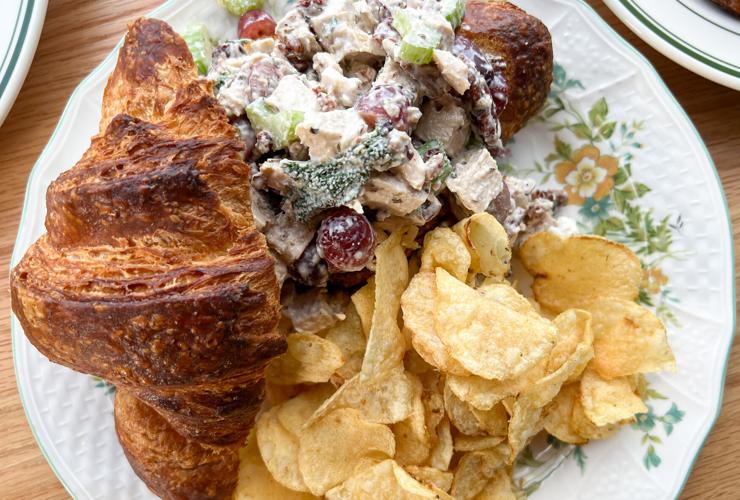 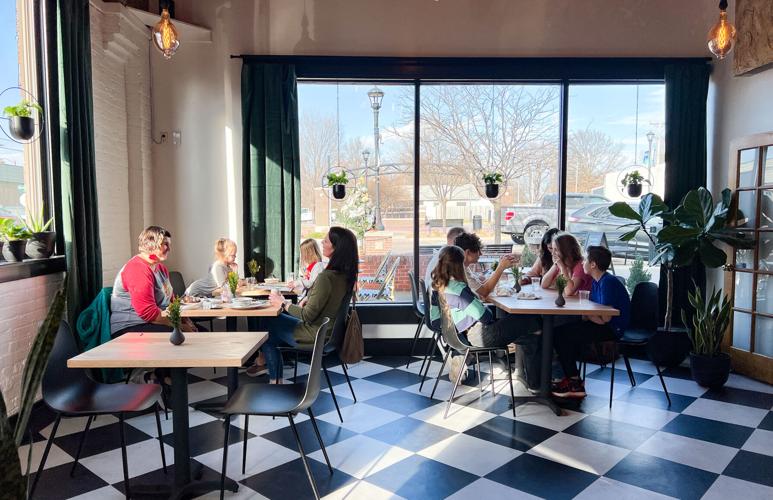 The building that houses Housewife is over 100 years old. 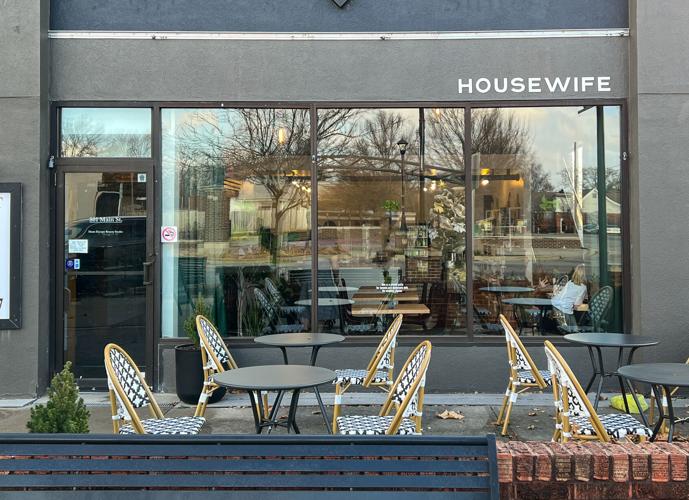 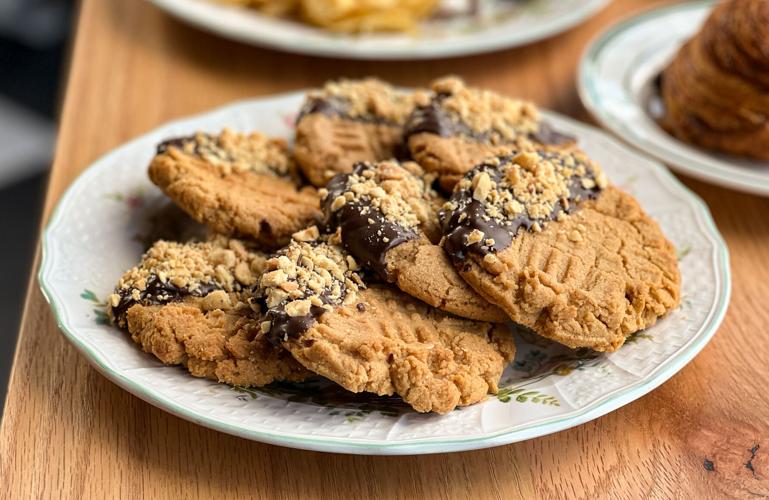 The cafe's sweets are courtesy of pastry chef Zoey Ramberg.

Though Grandview is unlikely to be the first place most Kansas Citians would expect to find a stylish new restaurant, the brand-new bistro on Main Street might change a few minds about what you can expect from this southern Missouri-side suburb. Housewife, owned by Anna Sorge, offers scratch-made breakfast dishes, sandwiches and salads, as well as an impressive and decadent selection of pastries and desserts made fresh daily.

Housewife opened in early December at 801 Main St. in the middle of old downtown Grandview. But Sorge didn’t necessarily intend to open a restaurant, much less one in Grandview. Prior to moving to Kansas City from Michigan, she hosted pop-up dinners under the name Kalamazoo Dinner Society and worked at Dean & Deluca. She has also worked in managerial roles at a number of different restaurants, including locally as the events manager at Verbena.

About six months ago, Sorge was approached by friend Kip Unruh, who owns the historic property at 801 Main St. – a 100-year-old building that was once a Masonic lodge frequented by Harry Truman – with an offer to lease space there. That is, if she was even interested in opening a restaurant. After some thought, she decided to take the plunge, and in August 2021 signed the lease. She conceptualized the interior and worked with contractors to bring her vision to life, and she hired pastry chef Zoey Ramberg, whom she had met while at Verbena. Four months later, Housewife opened. Sorge describes the process as a total whirlwind, albeit a happy one.

The result of those whirlwind efforts is a café that is bright and comfortable with white walls, large street-facing windows and a number of large houseplants that add life to the space. Sorge refers to it as “comfortable, L.A. chic.”  The restaurant seats about 35 diners at custom-made natural wood tables. The service style is fast-casual, with customers proceeding first to the counter to order food or coffee before finding a seat or heading out with to-go orders. The space is stylish but feels relaxed and easygoing, and Sorge notes that the reception from residents of Grandview has been incredible, with some guests visiting multiple times in the first two weeks.

“A few people have been in every day,” she says.

The name Housewife is actually a tongue-in-cheek reference to an unsavory comment made by a former employer. Sorge once had a boss tell her, “I don’t know how a simple housewife like you can cook better food than my executive chef.” Rather than just taking offense, she just decided then and there that if she ever opened a restaurant, she would call it Housewife.

Although the restaurant's menu is relatively compact, there is plenty of variety.

“We just wanted to serve people what we would make for them if they were at our own house,” Sorge says.

For breakfast, guests can opt for items such as avocado toast served on housemade crusty bread that is topped with fresh avocado slices, chipotle-tomato jam, cilantro pesto, pickled red onions and cotija cheese or a generous portion of fresh biscuits and sausage gravy. For lunch, options include a chicken salad sandwich with hunks of marinated grilled chicken, grapes, pecans and fried sage; a braised beef steak sandwich with caramelized onions; and a bánh mì with spiced pork meatballs, pickled veggies and Sriracha aïoli served on a fresh baguette. Housemade soups and salads are also available, as are Sorge’s beloved meat and cheese boards.

Ramberg, a former head baker at Wheatfields Bakery in Lawrence, Kansas, creates fresh pastries and desserts for the restaurant, including flaky housemade croissants, pillowy coconut macaroons and chocolate-dipped peanut butter cookies. But if you want a taste of these pastries – especially the croissants – plan to arrive at the café early, as sell-outs are common. Housewife also offers a full coffee menu with roasts from Onyx Coffee Lab, as well as a selection of Anna’s favorite cookbooks and food- and drink-related gifts.

Housewife is open Tuesday through Saturday from 7am to 3pm.

The building that houses Housewife is over 100 years old.

The cafe's sweets are courtesy of pastry chef Zoey Ramberg.