Read Today's E-Edition
Share This
In Wichita, Jenny Dawn Cellars is expanding its tasting room and production to bring you more Kansas wine
Share this
1 of 2 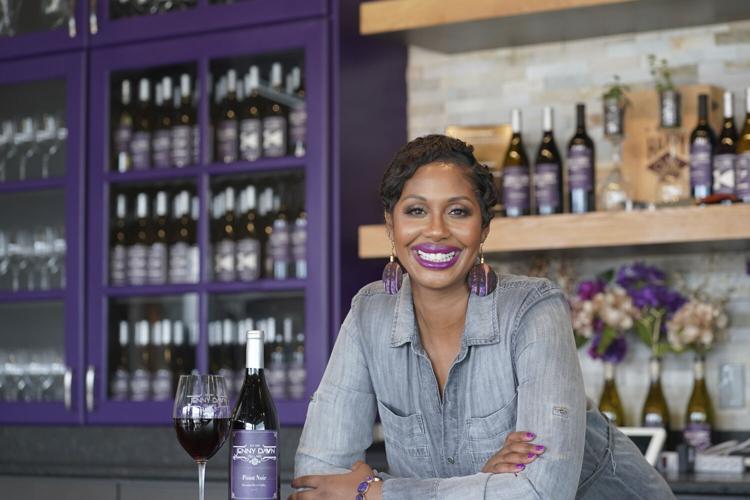 Jenny McDonald is the owner and operator of Jenny Dawn Cellars. 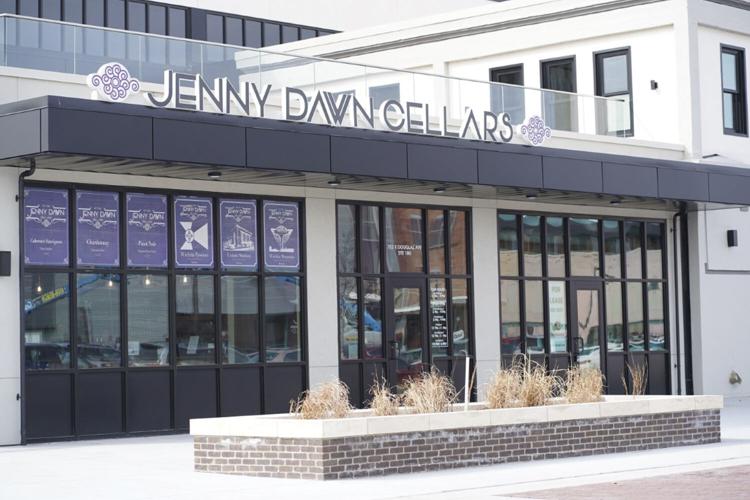 More Kansas-produced wine is on the way, thanks to Jenny Dawn Cellars in Wichita, Kansas.

Jenny Dawn Cellars announced plans to expand in 2022 by adding 1,500 square feet to the urban winery’s indoor space and 900 square feet of outdoor patio seating. The Black- and woman-owned and -operated winery, which recently celebrated its second anniversary, bottles its wines onsite using grapes and juice sourced from growers in California and Kansas. As a part of the expansion, owner Jenny McDonald also plans to increase wine production and bottle up to 5,000 cases of wine annually at the Union Station facility.

McDonald began making wine at home in 2014, producing 20 batches in her basement cellar. “Initially, I was trying to learn how to make wine just to see if I could make it for less money than what I was paying at retailers,” she says.

As a budding entrepreneur, McDonald underwent a long phase of research and exploration before launching the business. She taught herself how to make wine at home by reading books and articles, traveling to California and taking online classes from the University of California, Davis. Eventually, she founded Jenny Dawn Cellars in 2016, naming the business after the name her grandmother and mother called her.

Winning a gold medal for her Moscato at the Kansas Grape Growers and Winemakers Association conference expanded McDonald’s aspirations as a winemaker. After that, she formally established Jenny Dawn Cellars based on a business plan developed from her Kansas State University Master of Agribusiness thesis.

In 2017, McDonald established a partnership between Jenny Dawn Cellars and The Wine Foundry, a custom winemaking firm based in California’s Napa Valley that offers a full range of services to private and commercial clients. Jenny Dawn Cellars released multiple wines in 2017 and 2018 through this arrangement, including a 2016 Santa Rita Hills Pinot Noir and Chardonnay, plus a rosé and a white wine.

“I selected the vineyards to work with and the grape varieties to make," McDonald says. "The Wine Foundry assisted with the day-to-day winemaking and compliance, but I created the final blends and flavor profiles of the wines. I also managed sales of the wine to the end consumers.”

McDonald signed a lease agreement in October 2017, with plans to establish a winery at Union Station in Wichita, and then 2018 proved momentous. McDonald established distribution in Kansas, won $20,000 in the Get Started Wichita pitch competition and won Best of Class in the San Francisco Chronicle Wine Competition for her Chardonnay.

McDonald secured funding for the aforementioned buildout of the winery in May 2019. “I wanted this to be an urban winery because it was something that Wichita was missing,” she says.

Jenny Dawn Cellars sources several grape varieties from vineyards in northeast Kansas, including Crimson Cabernet, Traminette, Brianna, Concord, Norton and Chambourcin. Additional varieties come from California grape-growing regions, including Russian River, Sonoma Valley and Paso Robles. McDonald also planted a half-acre of vineyards and an orchard in Wichita in 2018 with intentions to use the fruit for winemaking. She planted Traminette and Brianna after completing soil analysis to assess which grapes would grow well in her plot of land. Newly planted vines typically take three to five years to produce a substantial crop.

“I am extremely appreciative of the support that our winery has seen from the local community,” McDonald says. “We are grateful to have thrived throughout the pandemic and our first two years in business. The expansion puts us in a position for continued success as we grow our case volume and profitability to make an economic impact in Wichita and the State of Kansas.”

Jenny McDonald is the owner and operator of Jenny Dawn Cellars.