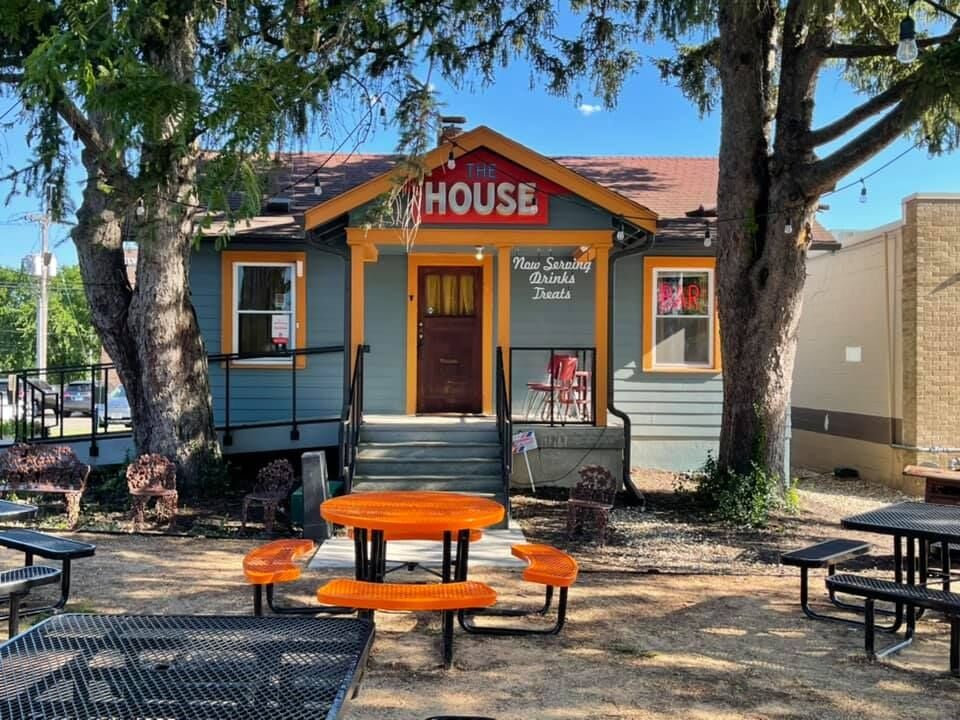 With more outdoor seating than indoor, The House has plenty of picnic tables under shade trees to keep folks cool. 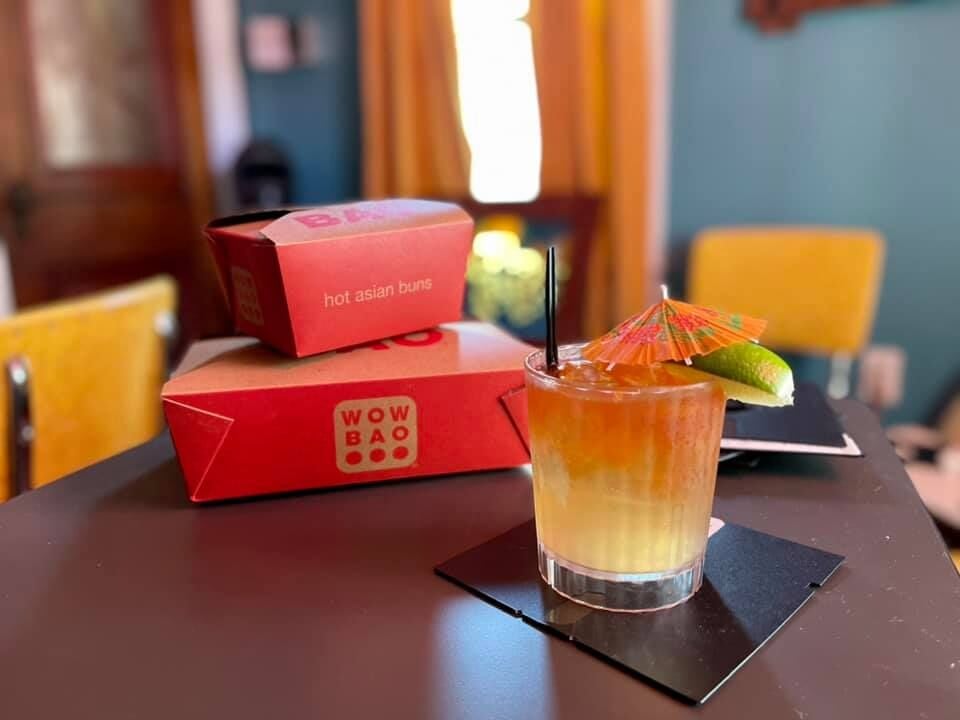 The house cocktail, The Housefeather, is a take on Kansas City's own Horsefeather. 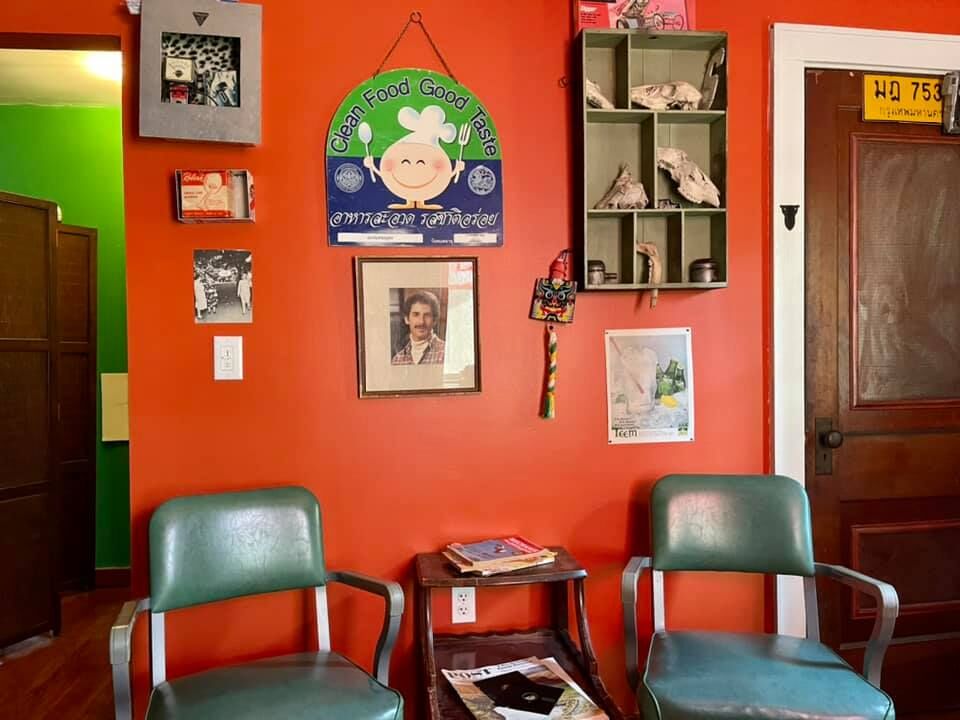 A picture of their "silent investor" hangs on the wall inside the small seating area at The House. 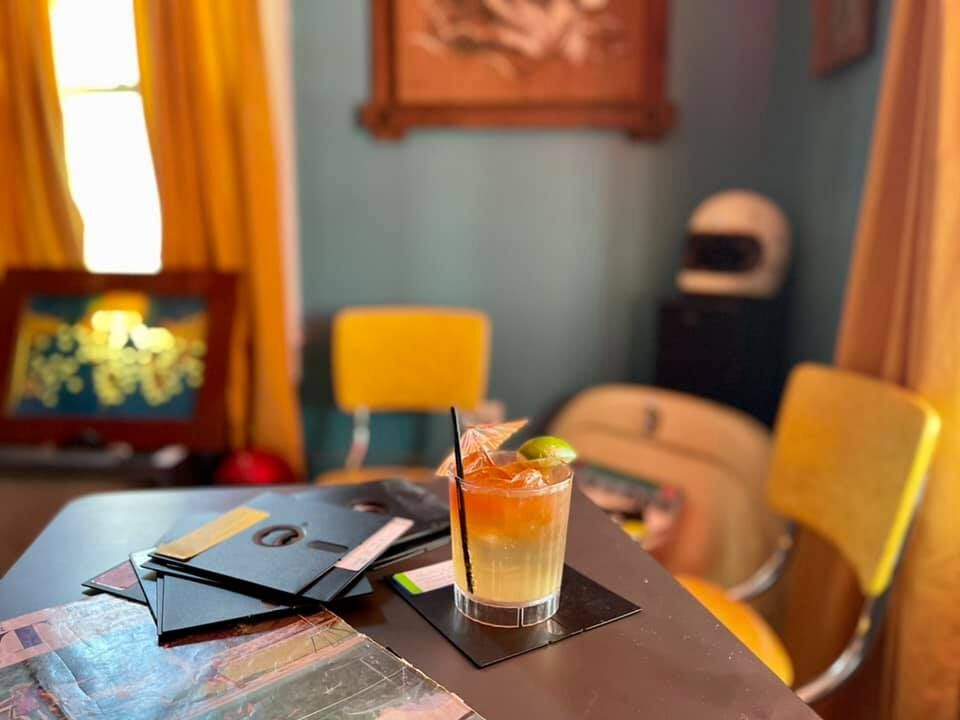 With more outdoor seating than indoor, The House has plenty of picnic tables under shade trees to keep folks cool.

The house cocktail, The Housefeather, is a take on Kansas City's own Horsefeather.

A picture of their "silent investor" hangs on the wall inside the small seating area at The House.

Malisa Monyakula has considered many options for the tiny blue house next to the Westwood location of her restaurant, Lulu’s Thai Noodle Shop.

Eventually, longtime general manager Miranda Nichols suggested turning the space into a tiny neighborhood dive bar. The idea made good business sense: The space shares a liquor license with Lulu's, so customers could come and go between the restaurant and the new bar.

The bar, which has been dubbed The House, has now been quietly open for about a month. There is no real drink menu; The House simply serves bottled beer and boxed wine along with a smattering of liquor that sits on the back bar ready to be made into your favorite well drink. You can also try the signature Housefeather, a play on Kansas City’s own Horsefeather cocktail made with whiskey, bitters, ginger beer and a squeeze of lime.

“This is really more of a beer and a shot kind of place, and I am willing to order anyone’s favorite bottle – they just need to come see me to drink it,” Nichols says. “Westwood doesn’t really have a dive bar, just restaurants with bars, and there are people from the neighborhood that come see us every night we are open just to socialize, meet friends and hang out. We needed something fun, and it is walkable for so many who live around here.”

Inside The House, Monyakula is also running a virtual kitchen for Wow Bao, a fast-casual Chinese concept out of Chicago, bringing two cool concepts together under one roof. Inspired by the Asian bun for which it's named, Wow Bao has opened over 200 ghost kitchens inside of local restaurants across the country, teaching the existing staff to make and sell Asian street food including bao buns, pan-seared potstickers, steamed dumplings and rice and noodle bowls. As with other ghost kitchens, diners can order directly from the Wow Bao website and either pick up their order or have it delivered via third-party app.

In addition to one small indoor seating area, guests can grab a seat at a picnic table outside under the shade of the trees or on the front porch. Nichols has outfitted the bar and indoor area with kitschy thrift store finds, resulting in a colorful, cozy space with retro furniture, floppy disk coasters and walls full of funny signs and photos of strangers who are given names and talked about by the staff like they are family. A 1950s era photo of a woman with cat-eyed glasses, for instance, stares down at guests as they patiently wait for their order.

“We call her Mom,” says Nichols, gesturing to the photo. “She is like our patron saint here at The House. We also have a picture of a man with 1970s sideburns and a mustache wearing a turtleneck and plaid shirt that we refer to as our silent investor. I like the idea that these family members who ended up at a local thrift store now have a place of honor on the wall of our little neighborhood dive bar. We are a place where everyone is welcome.”

The House is open Thursday through Saturday from 4pm to midnight.

Food and art are one and the same at Columbia Art League’s annual event Let Them Eat Art!