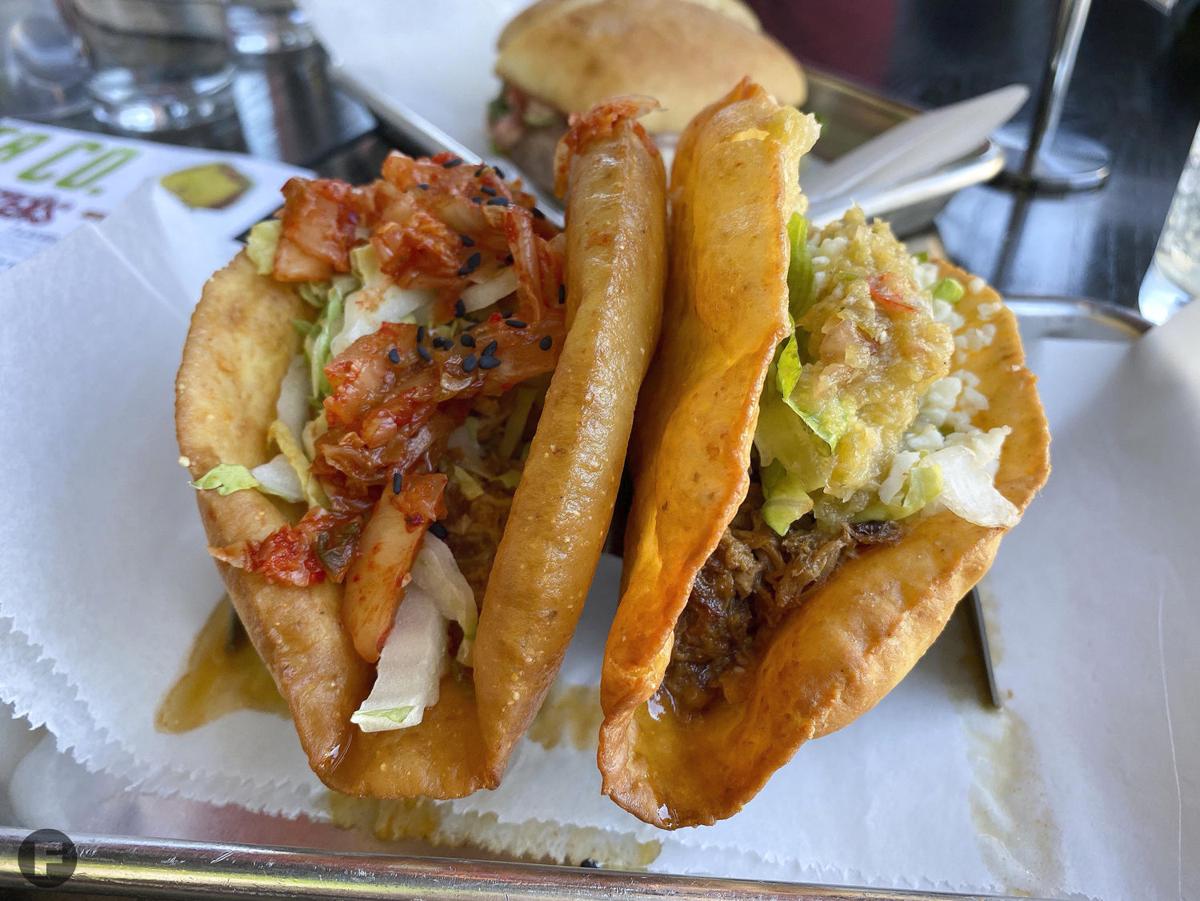 Puffy tacos, with a crispy, airy shell, are the start of the menu at Ta Co. Lawrence. 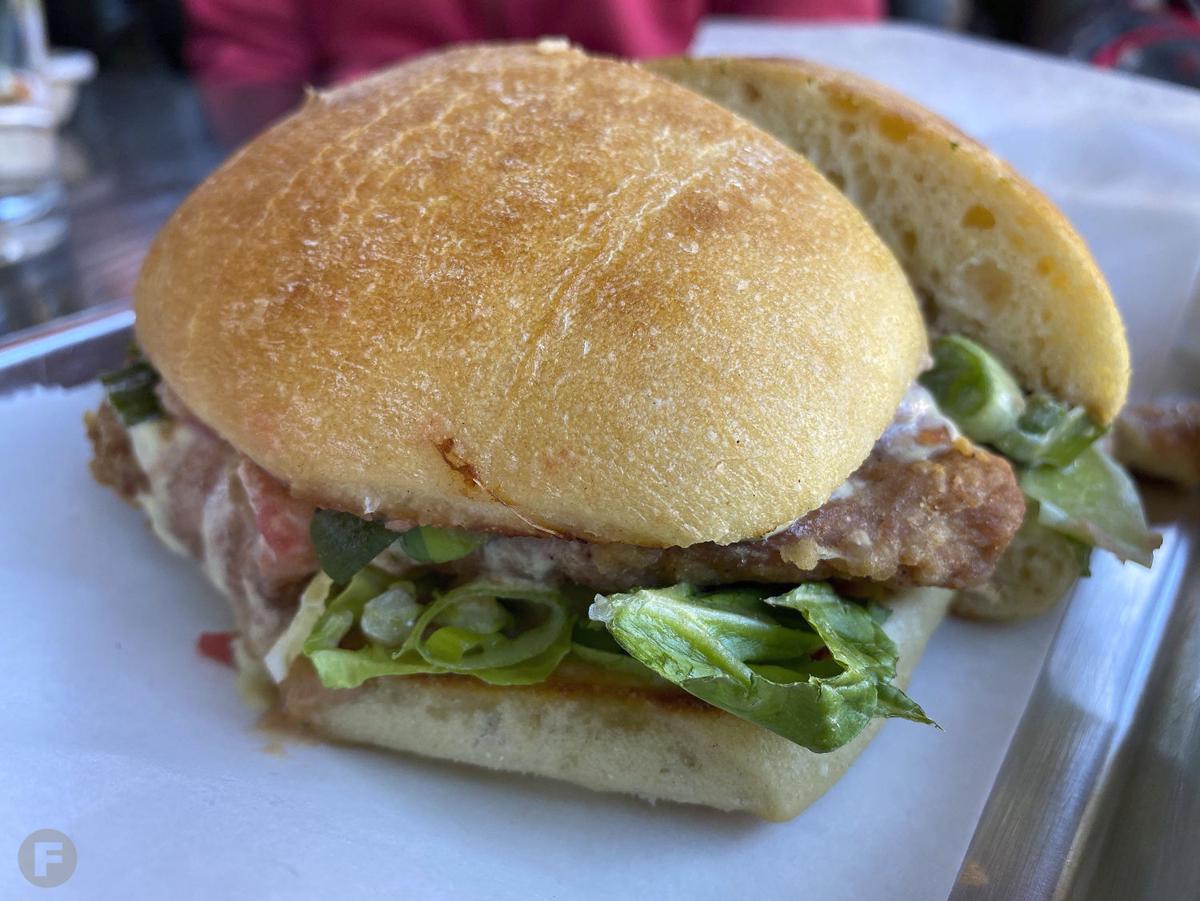 The breaded pork milanesa torta is served with refried beans and avocado crema. 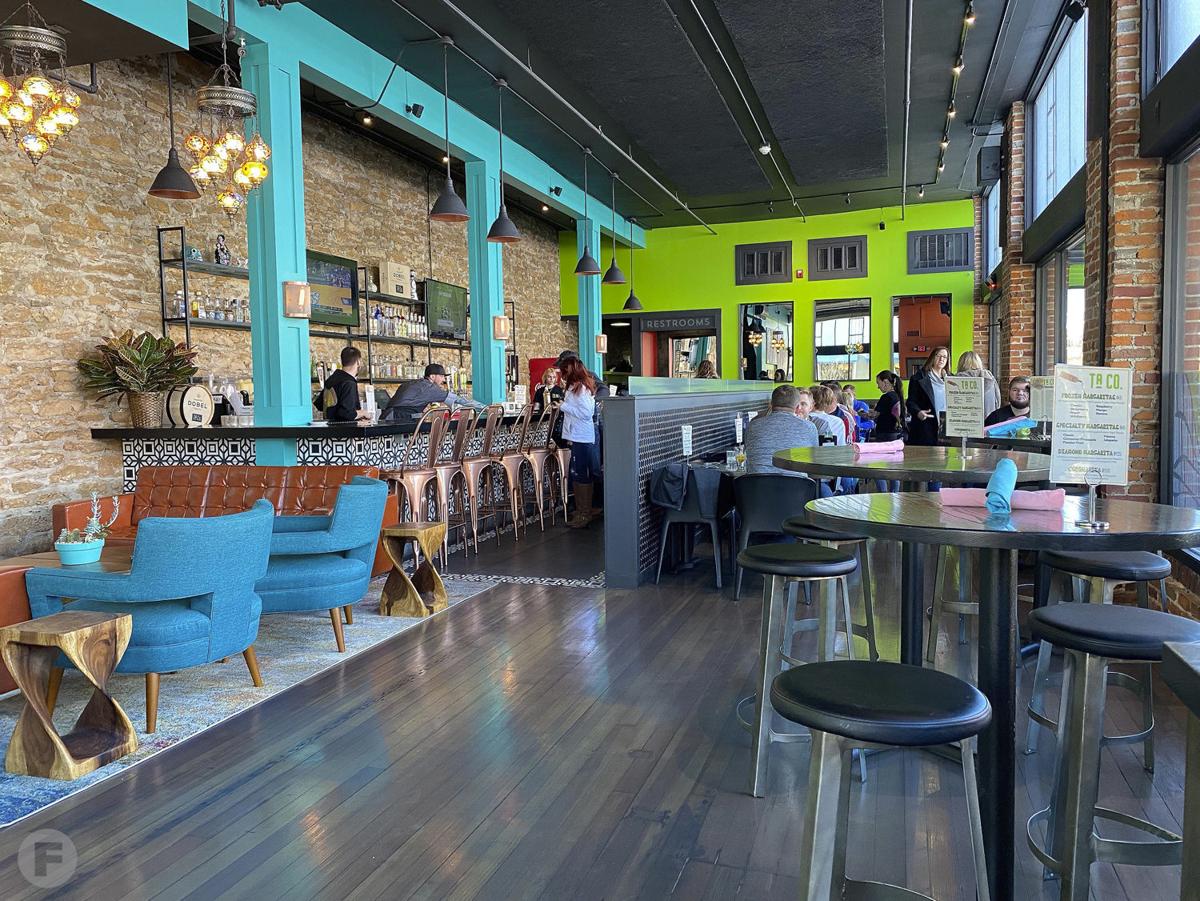 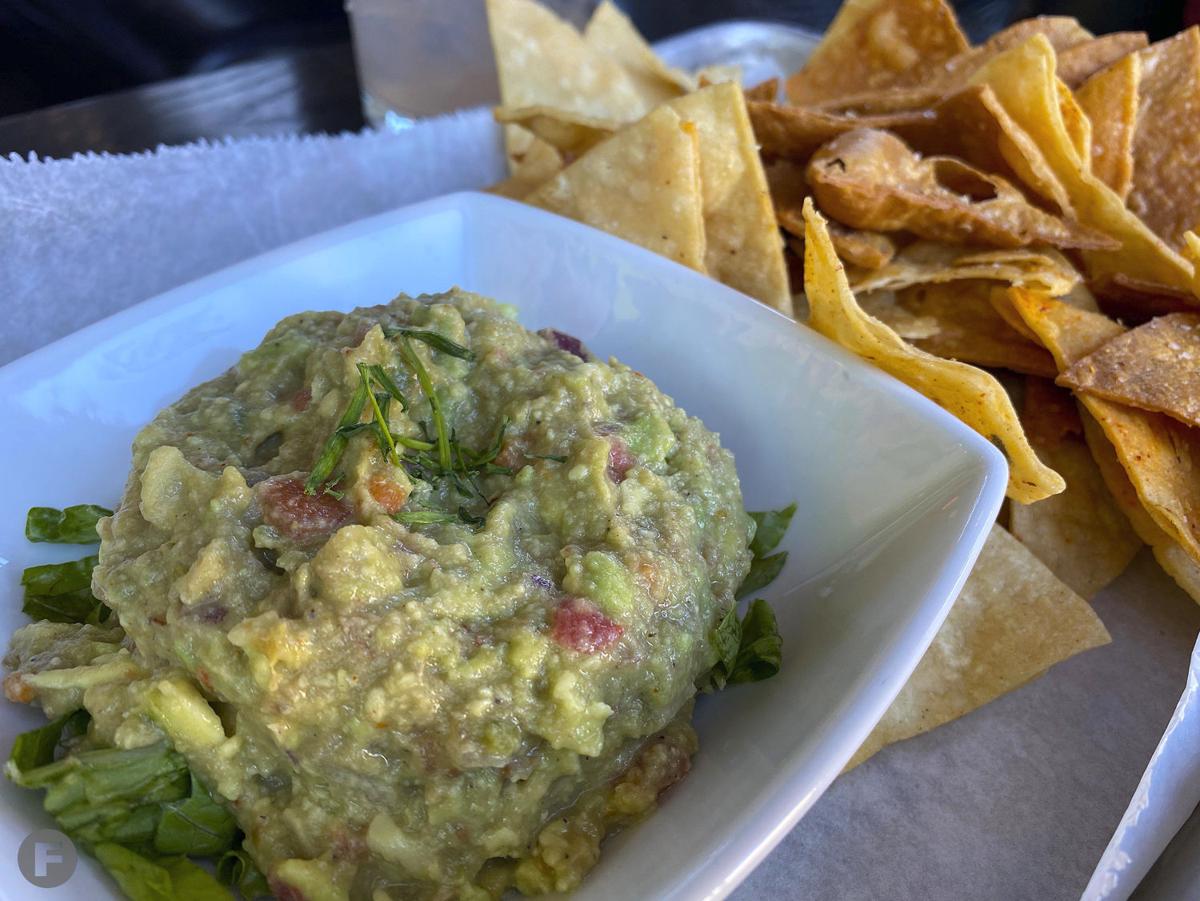 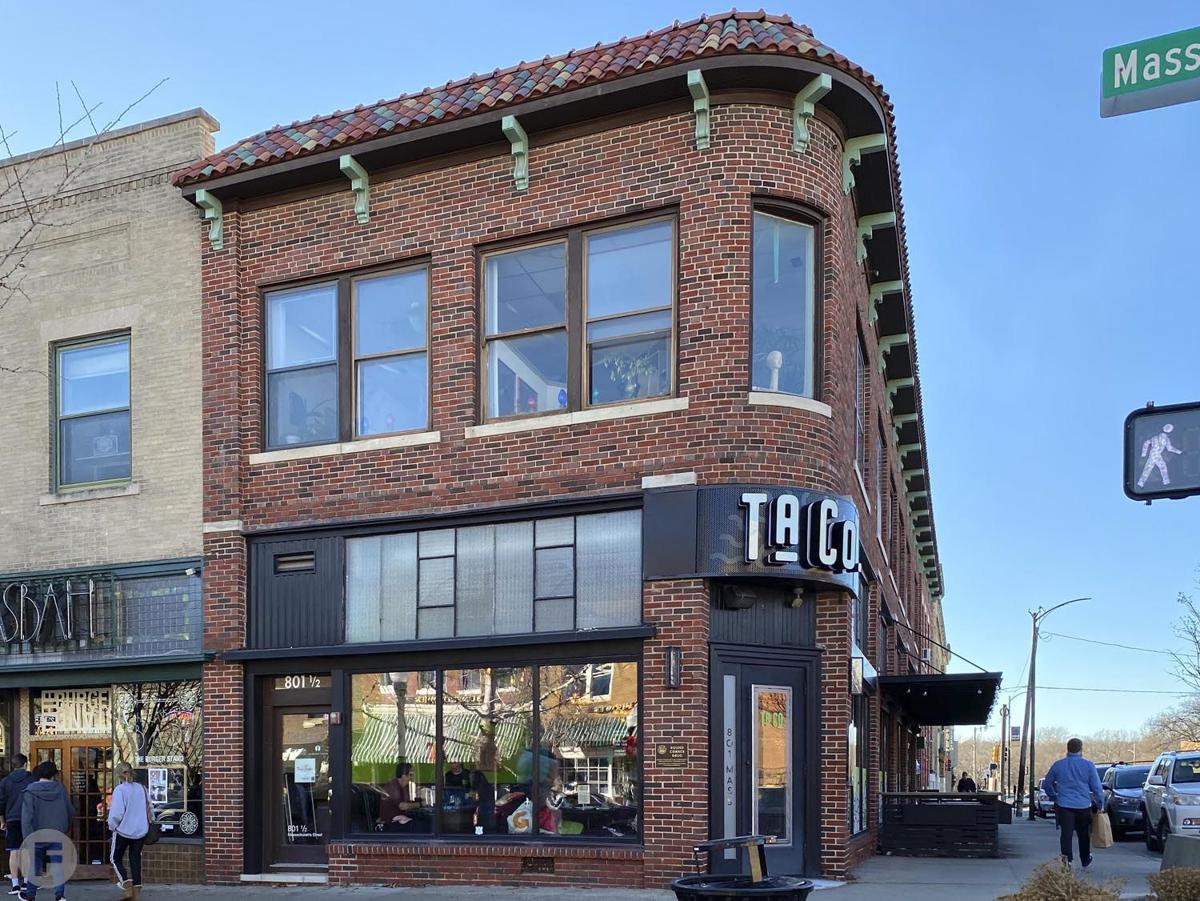 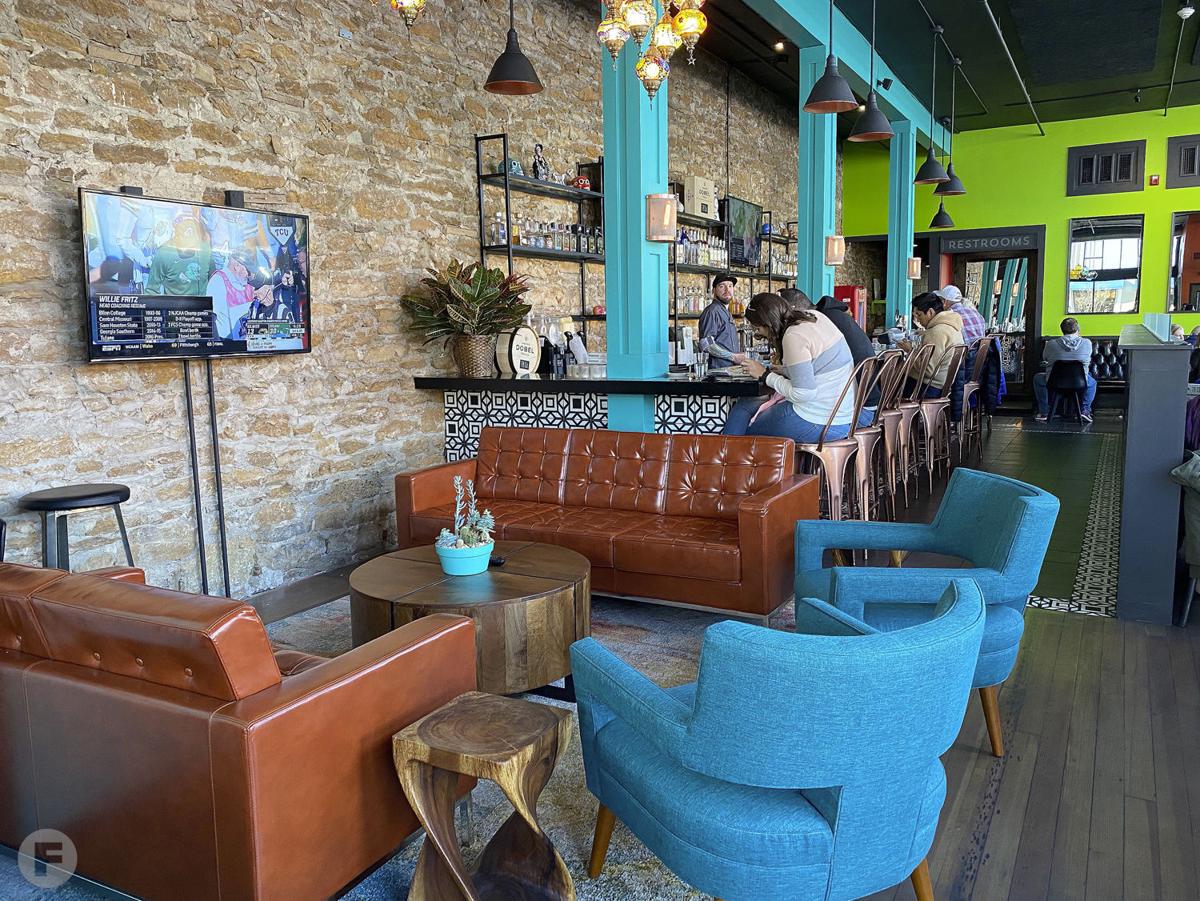 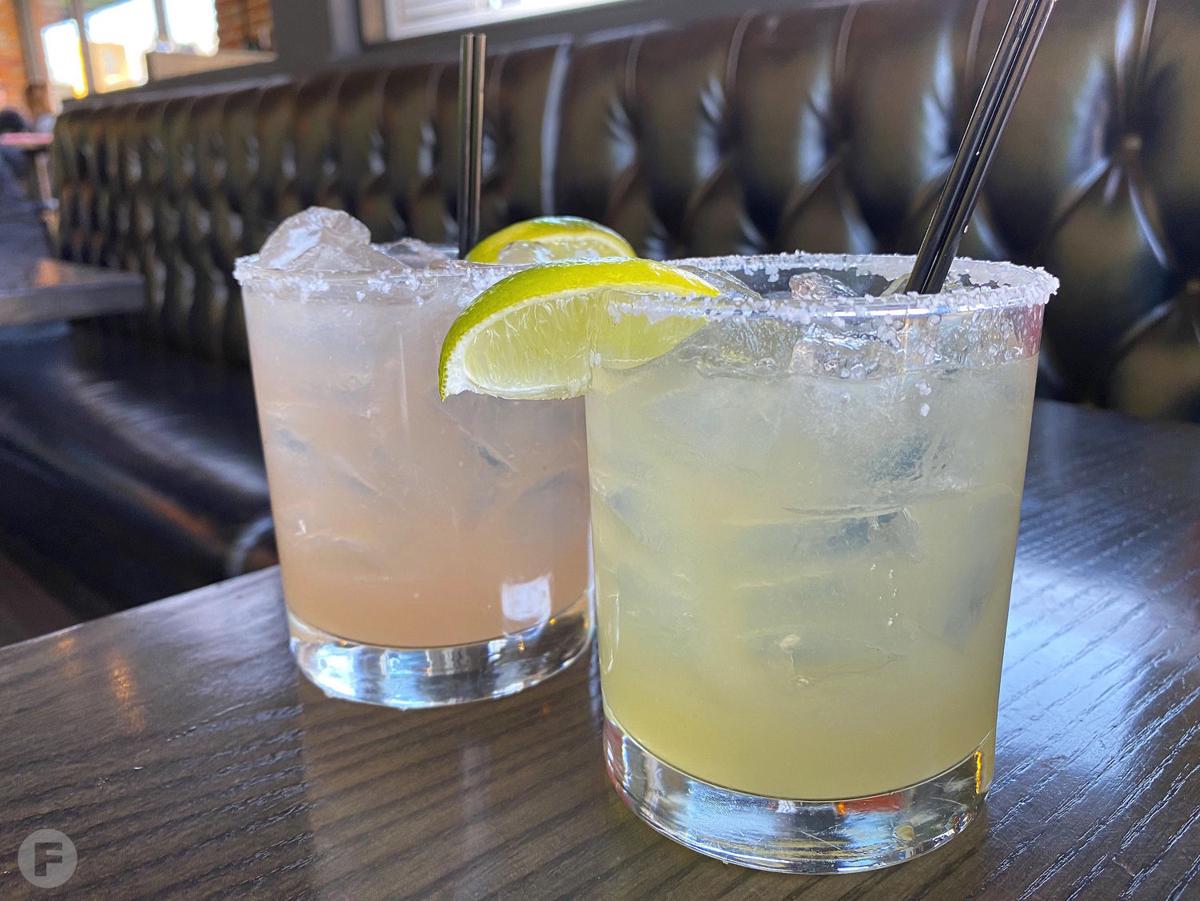 Drinks include a classic Paloma and Margarita.

Puffy tacos, with a crispy, airy shell, are the start of the menu at Ta Co. Lawrence.

The breaded pork milanesa torta is served with refried beans and avocado crema.

Drinks include a classic Paloma and Margarita.

Before the historic location closed in 2009, Round Corner Drug Store operated at the corner of Eighth and Massachusetts Street in Lawrence for a remarkable 143 years. In the ensuing 10 years, four different restaurants have operated and then subsequently closed in the beautiful, prime downtown space. It could be the fifth, owned and operated by veteran food truck operator Jay Draskovitch (in partnership with the previous restaurant’s ownership), that makes it last.

Ta Co. Lawrence, which plays on the menu originally developed by Draskovitch for his food truck and catering menu, serves a fresh menu of yes, tacos, as well as tortas, generous salads and appetizers, as well as a menu of handmade Margaritas and mezcal. What truly makes Ta Co. stand out in Lawrence, however, are its “puffy” tacos and unique selection of fillings for those tacos, as well as its affordable price point – a thing becoming more difficult to find anywhere in Lawrence, much less on Mass Street.

Although Ta Co. is still owned in part by the RND Corner group which operated RND Corner Grille (Draskovitch joined the ownership group when he came on to open Ta Co.), the restaurant’s look and feel is quite different than its previous incarnation. Gone is the dim, moody lighting and the black-and-white historic mural, and in are bright, playful paintings created by artist John Sebelius, as well as a large lime green accent wall, turquoise accents and succulents, which make the historic limestone and brick space feel brighter and more youthful. The restaurant seats approximately 60 diners between its tables and high tops (all with views of Massachusetts and Eighth streets), as well as its comfortable bar, outfitted with copper-colored stools.

Draskovitch’s menu is as playful as the space. To start, diners can opt for scratch-made 7-Layer Dip, served with chicharrones or housemade chips dusted with chile and lime salt. Sticky wings, shrimp and avocado dip and queso dip are available, as is made-to-order guacamole and a selection of scratch salsas ($3-$11). Also on offer are salads, including a sprout salad with arugula, mint and peanuts; esquites (roasted corn) salad with pickled jalapeños, avocado and romaine with queso fresco and chipotle-lime dressing; and naturally, a taco salad with loads of vegetables and avocado dressing ($5-$9).

The stars of this menu are Draskovitch’s puffy tacos. If you haven’t had the pleasure of eating a puffy taco (a dish that originated in San Antonio), what makes them different than a typical hard shell is that they are made with a slightly thicker disc of masa than you would use to make a regular corn tortilla. Then, rather than going on the griddle, the masa goes into the fryer, where the dough puffs up into a crispy, airy shell. Combine that texture with juicy, flavorful fillings, and it’s a dish that is pretty hard to beat.

Ta Co.’s bestseller is the Korean chicken taco, which is served with slow-cooked, shredded chicken, topped with tangy kimchi slaw, a soy-ginger vinaigrette and sesame seeds. There are several other options, including grilled or fried mahi mahi with red cabbage, mango salsa and avocado; the shrimp and pork belly taco with pickled scallions and pico; and a semi-traditional al pastor taco with pulled pork, tomatillo-pineapple salsa and queso fresco. Vegetarians and vegans also have options here including a fried avocado taco with pickled scallions, mint and a pine nut chimichurri, as well as a mushroom-corn rajas taco, which features roasted vegetables, cheese and aguacate ($3.50-$7).

Other featured menu items include tortas, like the breaded pork milanesa with refried beans and avocado crema, chicken tinga, and the torta al pastor with ahogada dipping sauce ($8-$10.50). Desserts include fried ice cream, a tres leches donut with ancho chile-chocolate sauce, and a churro “split,” in which fried, sugar-coated churros take place of bananas ($1.50-$9).

Not to be missed is Ta Co.’s selection of tequila and mezcals, as well as its excellent variety of Pueblo Viejo Margaritas and Palomas, which start at just $6 every day.

While time will only tell if Ta Co. Lawrence is the restaurant that makes it at this storied location, Draskovitch’s restaurant offers a fun, easygoing menu that is at a price point attainable for students and families, as well as higher-end diners, with all the flavor that many far more expensive restaurants deliver.