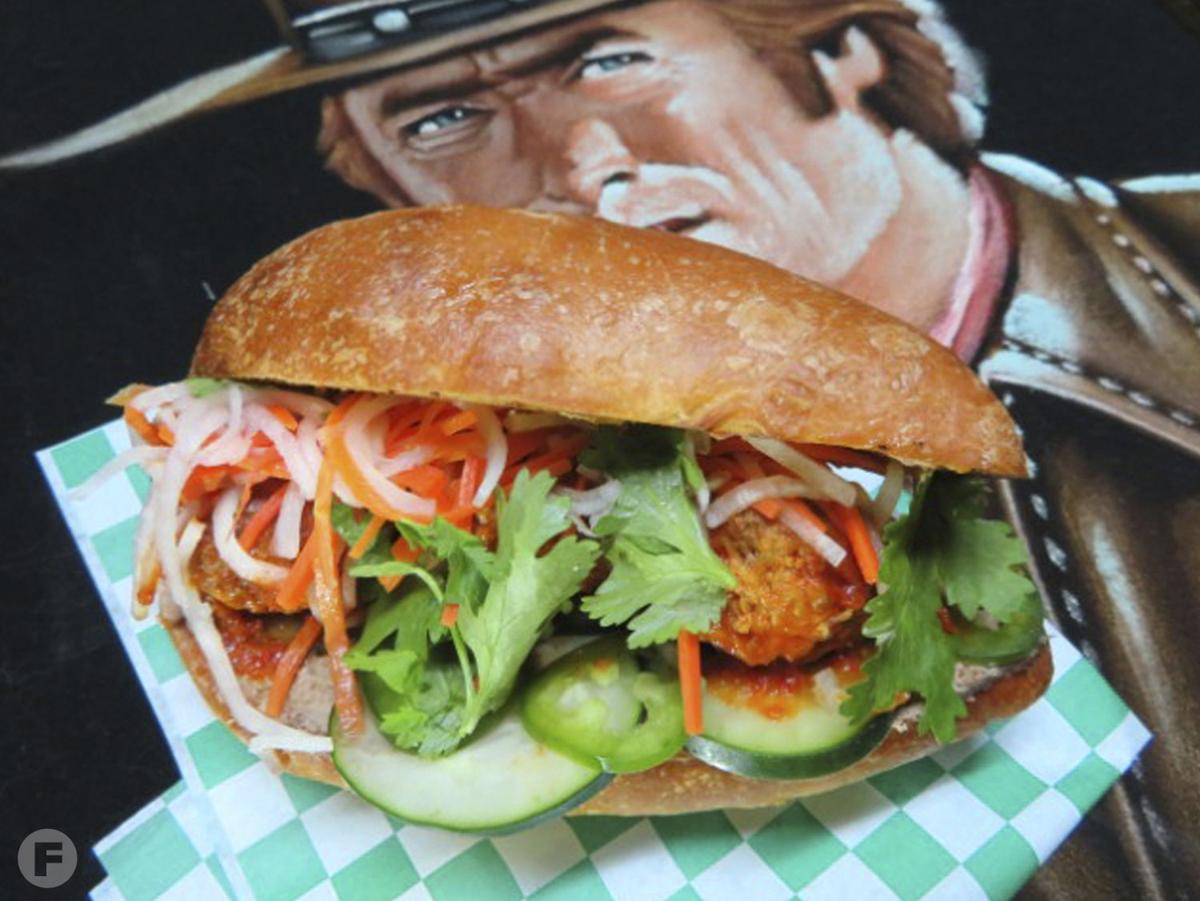 The new bánh mì is made with pork meatballs and pâté. 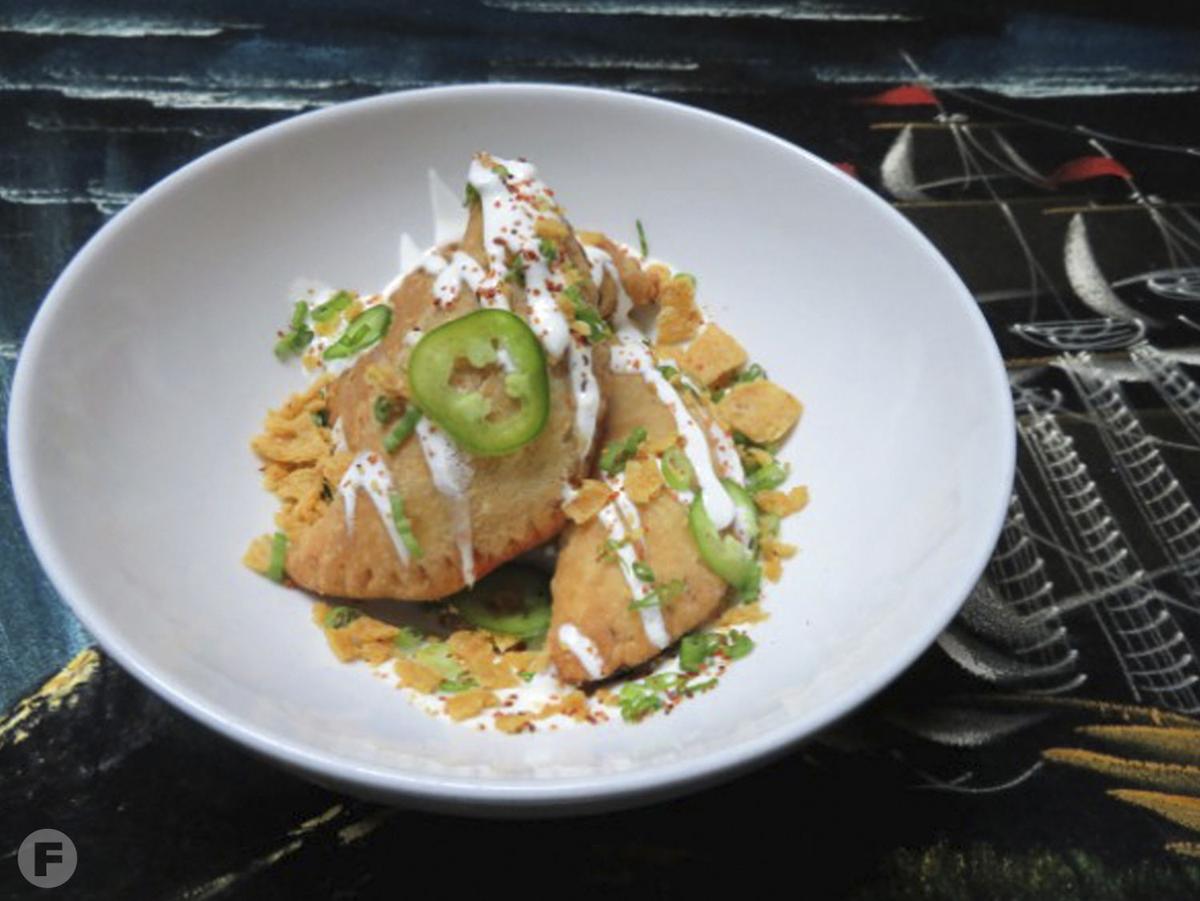 Hand pies, including vegetarian and chili-stuffed versions, are on offer. 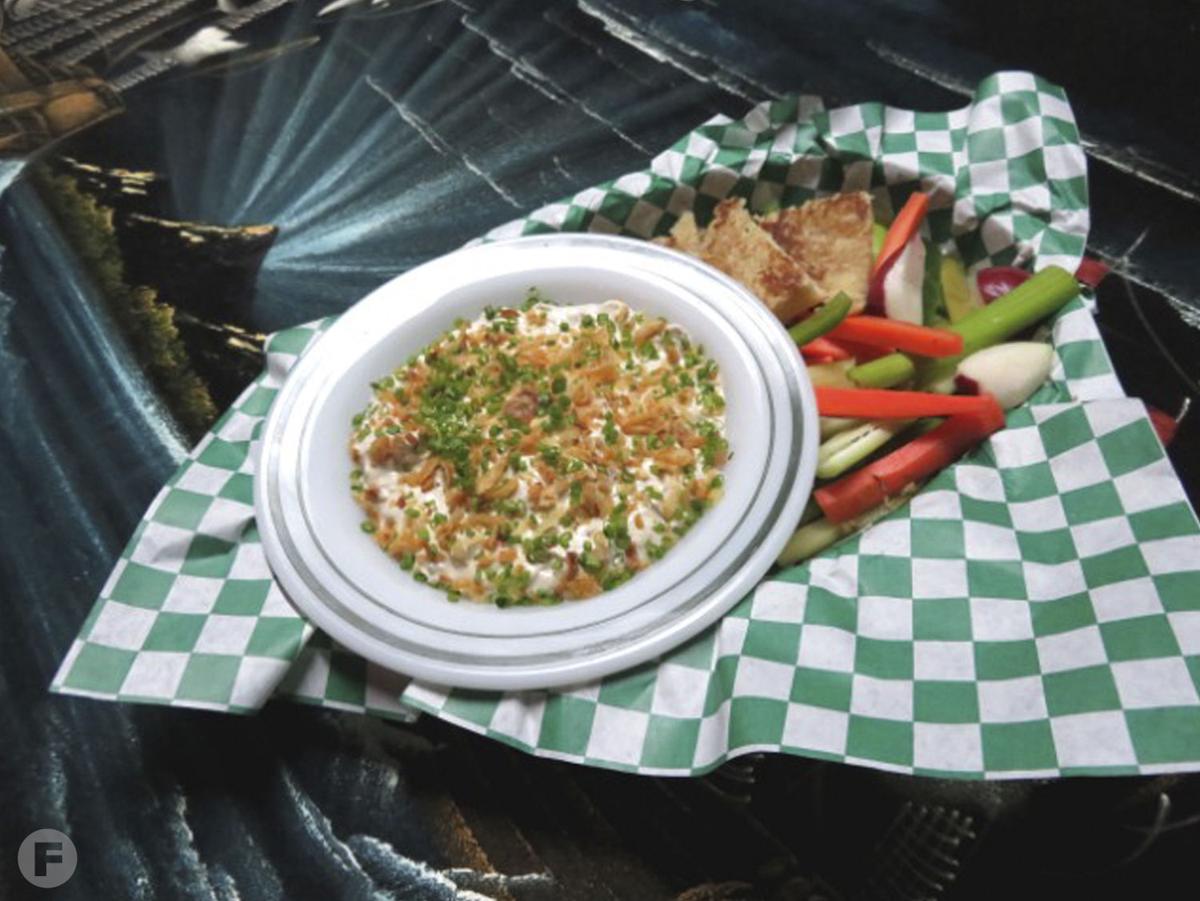 The new menu includes a spin on French onion dip. 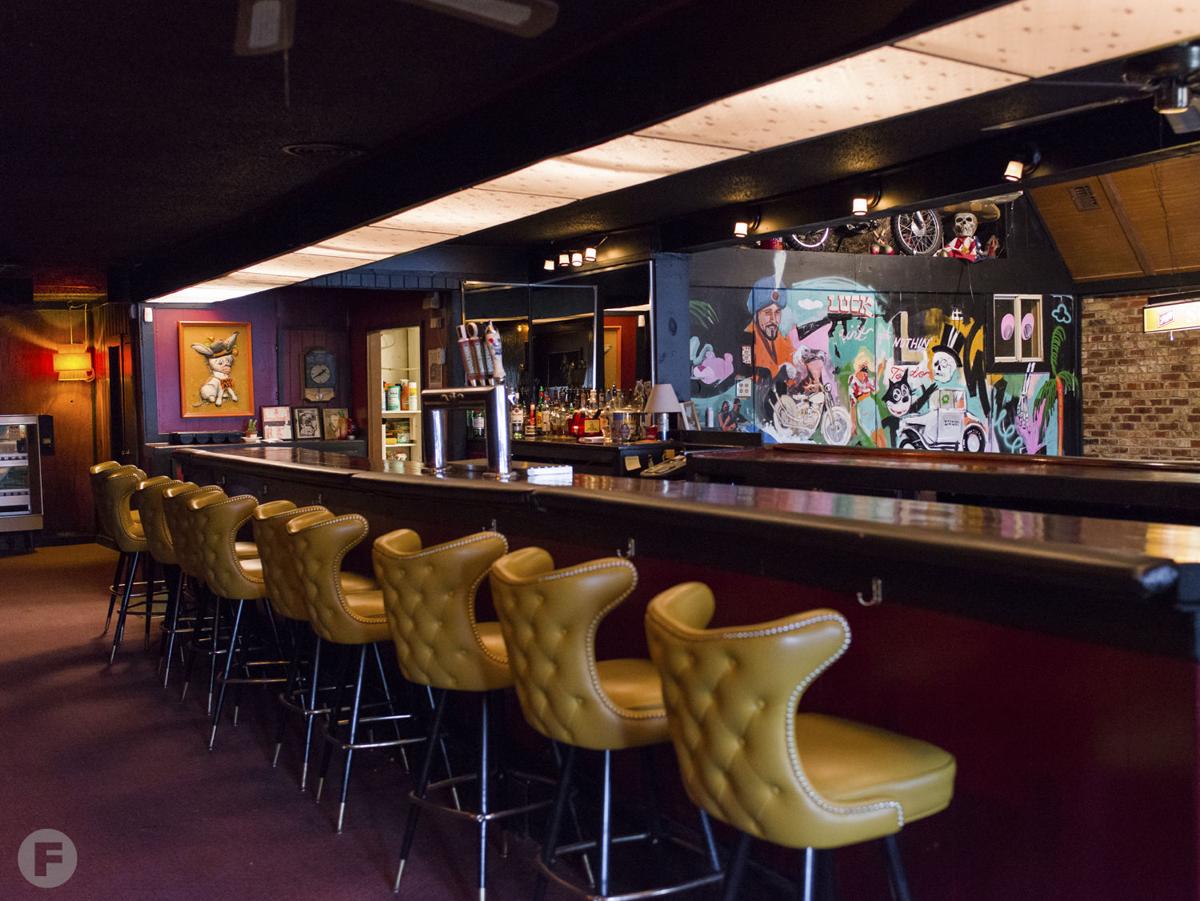 Lucky Boys opened in the West Bottoms in October 2015.

The new bánh mì is made with pork meatballs and pâté.

Hand pies, including vegetarian and chili-stuffed versions, are on offer.

The new menu includes a spin on French onion dip.

Lucky Boys opened in the West Bottoms in October 2015.

Lucky Boys is making some big changes to its menu: The West Bottoms bar and grill recently hired former Novel sous chef Derek Solsberg to lead the kitchen. Justin Norcross, Keenan Nichols and Daniel Myers co-own the bar, known for its collection of black velvet paintings, and Norcross has overseen culinary operations and menu development since Lucky Boys opened in October of 2015.

“After four years, we liked what we did,” Norcross says. “Coming up on the five-year benchmark, we’re looking ahead at the next five years. What do you do? It was time for a change to re-stoke the fire.”

Hosting pop-up events for guest chefs, including Solsberg, also prompted the owners to realize that the kitchen could do more in the future.

The menu is inspired by the owners’ favorite bar snacks they enjoyed while traveling across North America.

Solsberg, who cooked at Novel for four years, was a natural choice as successor. As a regular guest at Lucky Boys, he understood the lo-fi aesthetic of the business. He was also attuned to the casual but craft-driven nature of the menu established by Norcross.

Soslberg prepared several pop-up dinners at Lucky Boys, including a breakfast for dinner theme, Chinese food and Mexican food served on St. Patrick’s Day. “Other pop ups were indicative of the food that the chefs wanted to do,” Norcross says. “Derek’s pop ups were in tune with Lucky Boys’ concept.”

Chef Derek Solsberg to Host Breakfast-for-Dinner Pop Up at Lucky Boys on Dec. 3

“I was always on board for special food events,” says Solsberg. “I would never do a six-course tasting menu here. I played to the audience.”

Solsberg’s culinary career includes stints working with top chefs, including Robert Krause (Burger Stand at the Casbah), Colby Garrelts (Bluestem) and most recently with Ryan Brazeal (Novel). “I was ready for the next level. I have worked in fine dining and wanted to apply technique and knowledge to a casual experience,” Solsberg says. “I have no ambition to open [another] Bluestem or Freshwater.”

For the past three months, he has spent time on menu development in collaboration with Norcross, getting acclimated to a one-man kitchen. “Working a kitchen by yourself is harder than it looks,” says Solsberg, who hasn’t previously run a kitchen solo.

Favorite items, such as the Louisville hot chicken sandwich and veggie burger, retain spots on the menu. New additions include a bánh mì with pork meatballs and pâté, a spin on French onion dip, chili-stuffed hand pies along with a vegetarian version, as well as gluten-free fries. A fish filet sandwich on an egg bun with remoulade is also in the works. As the menu evolves, standard offerings will include a soup, salad, hand pies, up to five sandwiches and side dishes.

Norcross, who learned how to bake at Farm to Market, continues to bake egg buns, baguettes and other bread for Lucky Boys. Meanwhile, Solsberg joining the Lucky Boys team suggests that good fortune awaits diners in the new year.

Mr. Meowski's Reopens in St. Charles, Serving Up Its Beloved Sourdough in a Refreshed Space