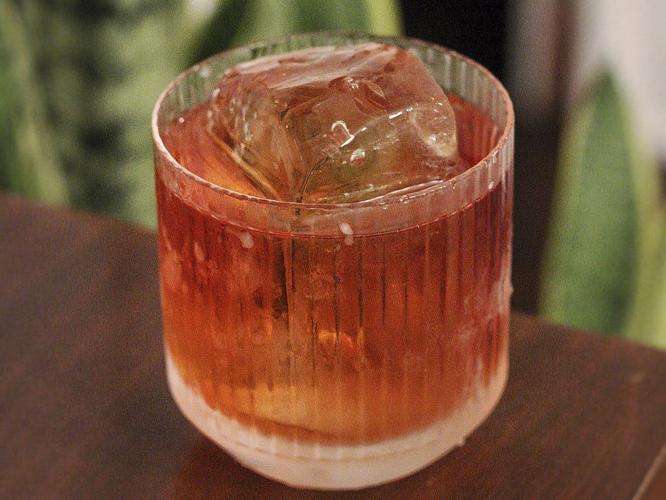 Sanders' new Mezcalero, featuring Banhez Mezcal, Campari and Luxardo Bitter Bi, is just one of many cocktails he will be creating for the new menu at Drastic Measures. 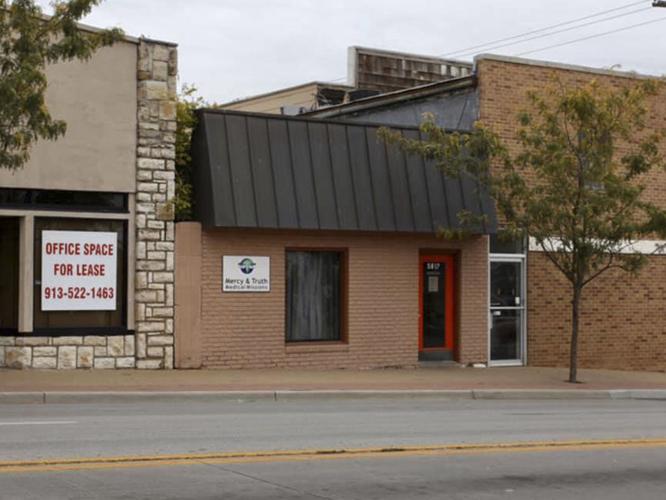 Drastic Measures will open at 5817 Nieman Road in Old Shawnee. 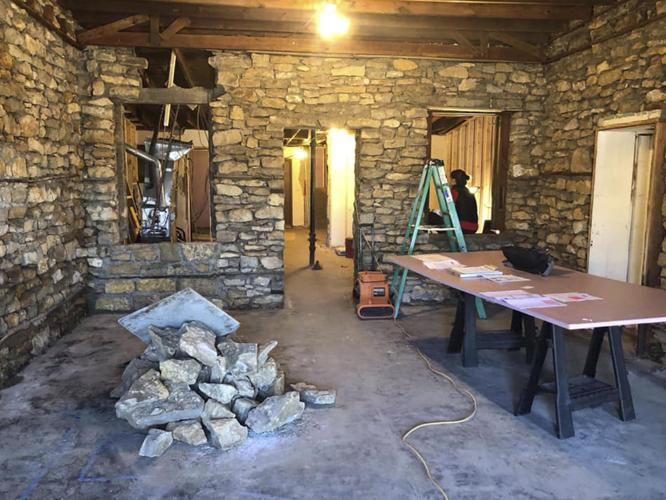 Jill Cockson and her partners are taking the original 1920 building, located in the heart of downtown Shawnee, down to the original rock walls for Drastic Measures. 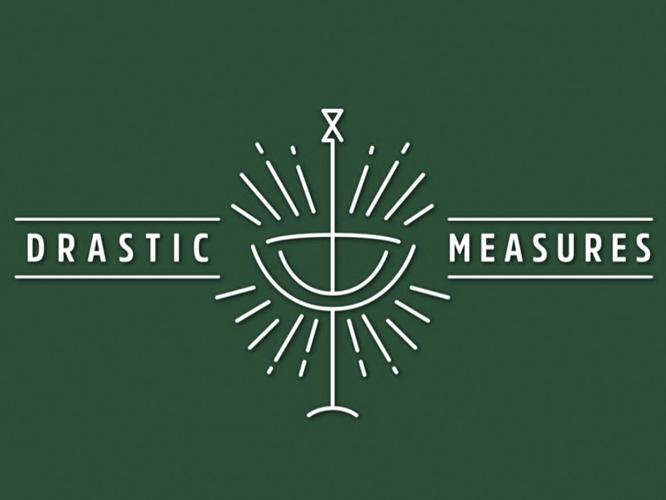 Like Swordfish Tom's, Drastic Measures will focus on pre-Prohibition cocktails made with fresh ingredients and high-quality spirits.

Jill Cockson is a bartending whiz with a mind for math and a heart for hospitality who likes to think big and open small bars.

She intends to apply the same successful “small is the new big” business model to next project, Drastic Measures, a cozy craft cocktail bar that she started working on late last year with plans to open mid-May in Old Shawnee, Kansas.

Her partners in this venture include craft bartender Jay Sanders, who has returned from Iowa for an owner's stake in Drastic Measures, along with Derick and Shelley Shackelford, who own ShackBuilt construction. The team believes the 1,100-square-foot building dates back to the 1800s; after construction wraps, it will have room for 40 seats.

Sanders is currently busy at work on the new cocktail-only menu for Drastic Measures, which will serve the same pre-Prohibition style cocktails as Swordfish Tom’s, made with real fruit juices, fresh herbs and high-quality spirits. Other similarities to Swordfish Tom’s in the new space will be quaint seating areas, quiet conversations and perfectly balanced drinks with a manageable menu. As at Swordfish Tom's, there will be a small waiting room with a green light to signify when they are open with seating and a red light to indicate when they are at capacity.

In Kansas City, Swordfish Tom's Hones in on Hospitality and Pre-Prohibition Cocktails

Owner Jill Cockson knows a thing or two about running a bar.

With Swordfish Tom’s, Drastic Measures and another bar possibly in the works, along with several side hustles, including making and selling ice and Colonel Jesse's Small Batch tonic, Cockson has made name for herself within the bartending industry on both a local and national level.

A member of the United States Bartenders’ Guild (USBG), she helped found the Omaha/Lincoln USBG chapter when she worked as a partner in the James Beard-nominated The Other Room in Lincoln. She has competed nationally in bartending competitions and camps, using each opportunity to expand and share her professional knowledge while networking with others in the industry.

Right now, she is interested in investing in her employees, helping the next wave of talented bartenders earn the opportunity to learn how to manage their own places, starting with Sanders and Drastic Measures.

Each year, we honor the seasoned pros who continue to push the envelope in the local food-and-drink scene, from restaurateurs to artisans to hospitality pros.

“I named this bar Drastic Measures because I think this industry is in need of that,” she explains. “We promote people into management positions all the time in this industry who aren’t properly trained to handle the personnel or the paperwork side of the business in addition to making great drinks, and to be a successful bar owner you need to know how to do all of those things.”

She knew Sanders was the person she wanted to approach as her business partner in Drastic Measures, but first she needed to lure him back to Kansas City. A talented and creative craftsman in his own right, Sanders managed the bar at Room 39 in Mission Farms for years before moving to Florida for work, only to be brought back to Kansas City to be the bar manager at SoT. His talent and grace under fire caught the eye of Ryan Maybee, who made him the first general manager at Manifesto outside of Maybee himself. After a stint managing the popular Crossroads speakeasy, Sanders left to take the position of director of bar operations for Cordial Provisions, a nine-unit restaurant concept in Iowa City, Iowa.

When Cockson called Sanders with an offer to own his own place, he was all ears. To start, their partnership will be structured with Cockson having majority ownership, which would transition to Sanders over the next three years, with her remaining partners holding a minority share in the bar.

We caught up with the bar manager to talk about building a home bar, burritos and what he really drinks at home.

“The place will be Jay’s to run at that point,” Cockson says. “I will only be there as an insurance policy for my remaining investors in case something were to happen to Jay or he could no longer run the business, I would be able to step in and run the place until he was back on his feet.”

Cockson's business model for all of her bars starts with the overriding concept that the future of hospitality is opening and running smaller, and more profitable, spaces. It is a simple math problem that starts with a couple of key ideas: choosing to serve quality, craft cocktails over quantity for 30 to 40 people each night for a minimum of six table turns five nights a week.

With no wait staff, food, beer or wine served, she creates an environment where every person on her tiny team is guaranteed to make good money and has access to health insurance. In return, they are expected do everything from mop the floor to answer the door in addition to make and serve the drinks. In Sanders' case, he’ll be getting the additional opportunity to complete an ownership apprenticeship for Drastic Measures.

“This project is an evolutionary step for me, personally, but I believe we have created a team with a unified vision of how to grow qualified and ambitious persons into majority-ownership roles,” says Cockson.

Drastic Measures sounds like a win-win for everyone – especially the guests.

Sanders' new Mezcalero, featuring Banhez Mezcal, Campari and Luxardo Bitter Bi, is just one of many cocktails he will be creating for the new menu at Drastic Measures.

Drastic Measures will open at 5817 Nieman Road in Old Shawnee.

Jill Cockson and her partners are taking the original 1920 building, located in the heart of downtown Shawnee, down to the original rock walls for Drastic Measures.

Like Swordfish Tom's, Drastic Measures will focus on pre-Prohibition cocktails made with fresh ingredients and high-quality spirits.