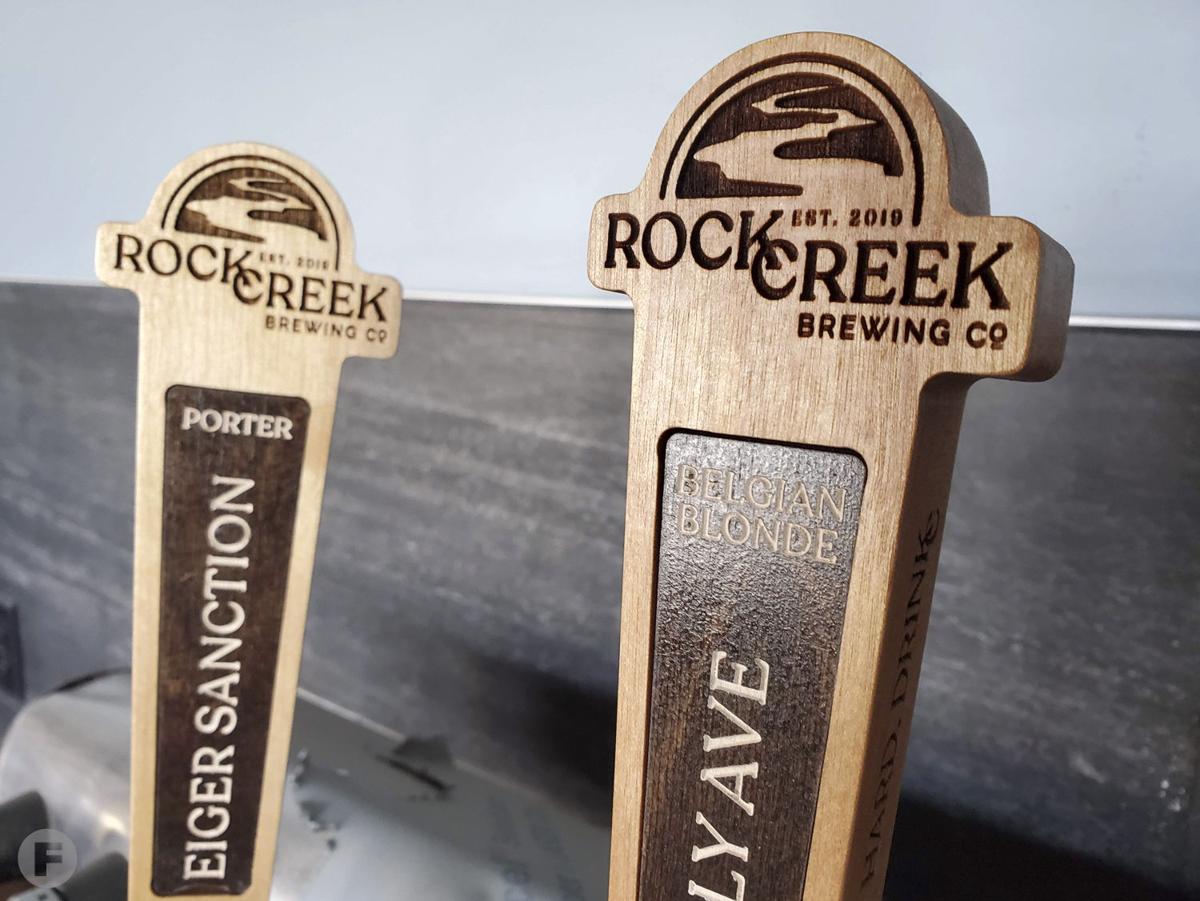 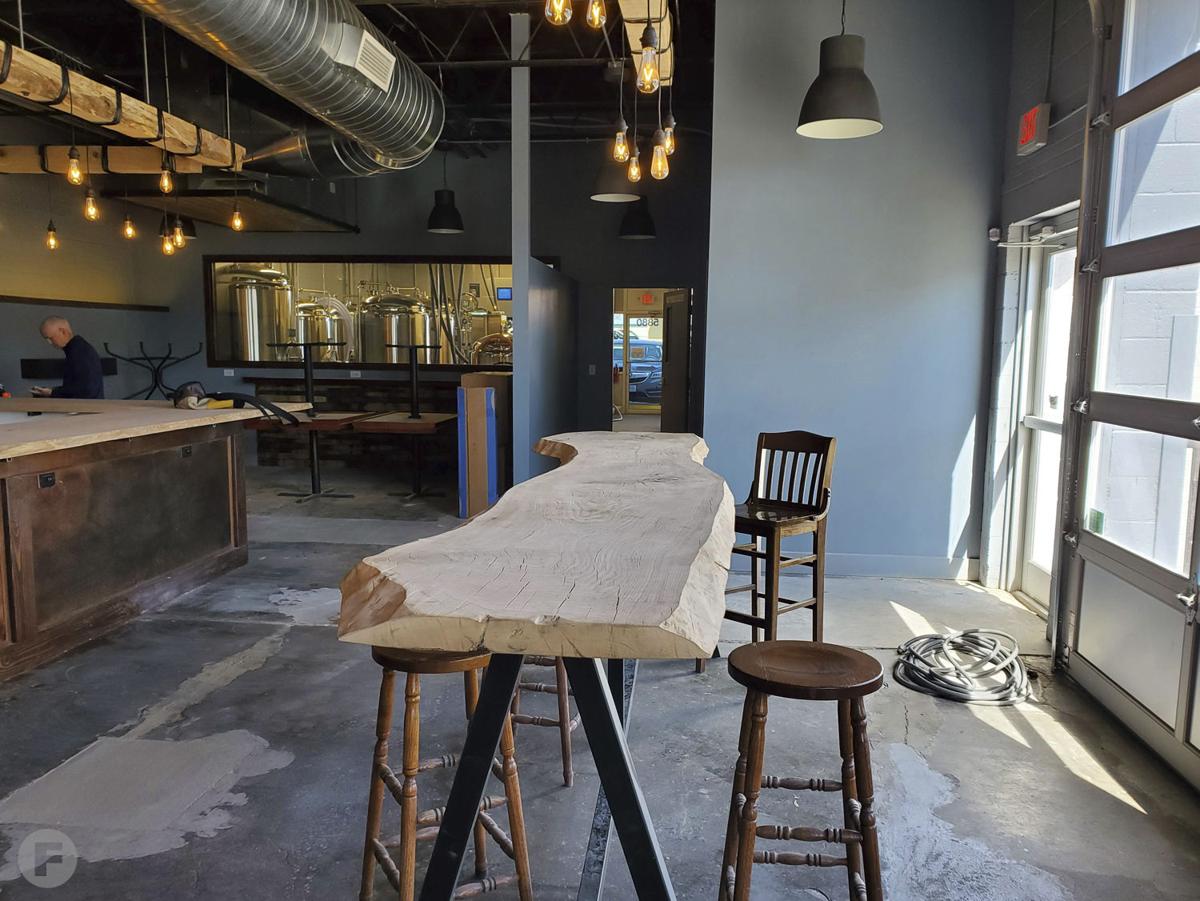 The taproom features massive garage doors that open onto a patio. 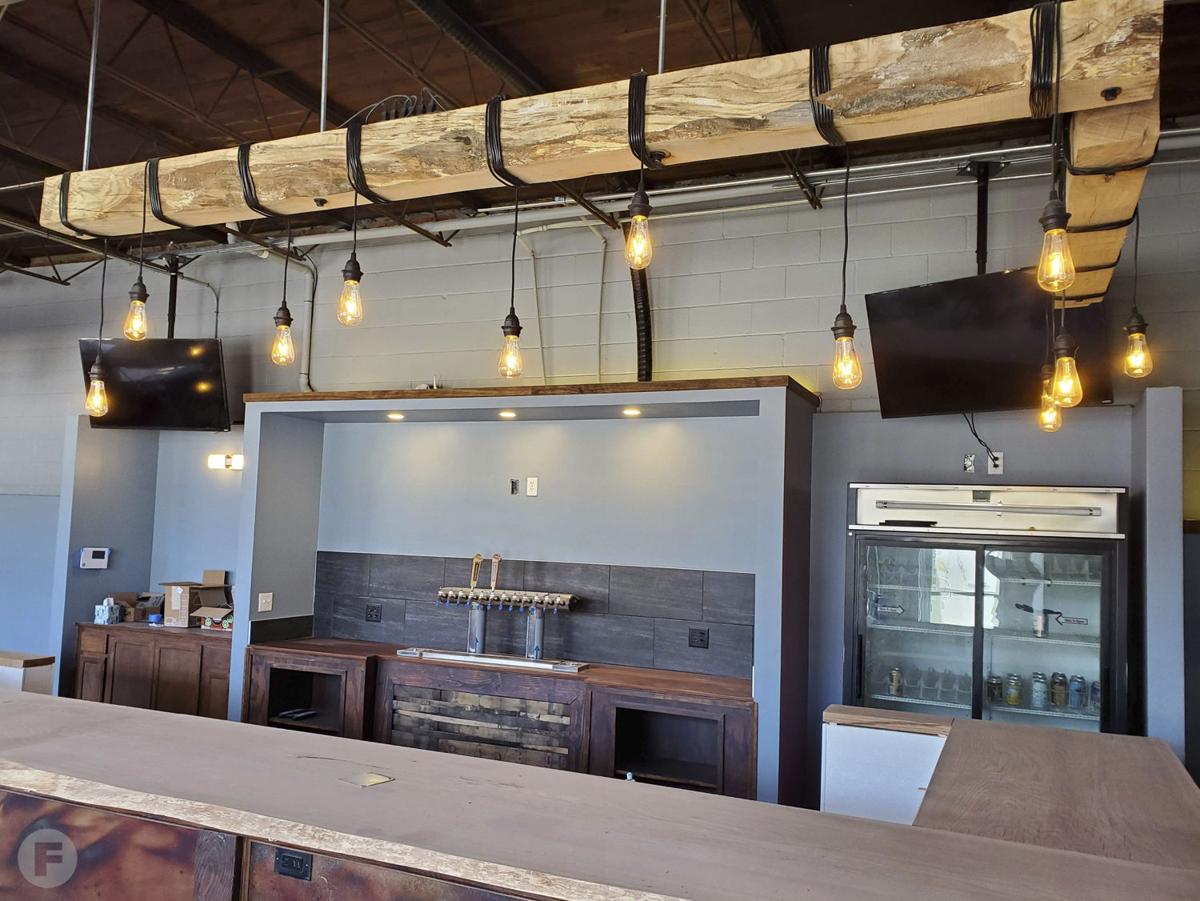 The taproom features massive garage doors that open onto a patio.

In these trying times, a little companionship goes a long way – and a little beer certainly doesn’t hurt. That’s what the brains behind Rockcreek Brewing Co. are thinking as they gear up to open their brewery in the heart of downtown Mission, Kansas. Rockcreek is set to open its doors on Fri., May 22, although the owners realize they will have to be fluid as the situation evolves.

“We will offer beer cans to go and will also open our space at 50 percent capacity,” says co-owner Mark Schonhoff. “Of course, we will be compliant with all city, state and federal regulations. We are extending our outdoor space beyond the small patio we had set out, and we are very sensitive that people are going to want to be cautious as businesses start to reopen.”

Rockcreek Brewing Co. has been in the works for a few years now as the group of co-owners sought out the perfect location and brewing staff to help bring their vision to life. Schonhoff connected with the brewery's co-owners through working at Cerner, where they bonded over a love of homebrewing. The brewery is actually named for the North Kansas City location of Cerner’s world headquarters.

The group was drawn to Mission as the site for the brewery because of the sense of community that downtown Mission fosters. They love the walkability of the space and how welcoming the city and other businesses have been toward them. Rockcreek Brewing is the type of place that they hope can become a central pillar in the Mission community. The massive garage doors that open from the taproom onto the patio are sure to be a major draw when the weather is nice.

Besides the great location and fun outdoor space, Rockcreek Brewing will boast a wide variety of unique beer options that constantly rotate in and out. The owners went through an extensive search to find their brewer, Trent Wiegers, a Kansas City-area native, who moved back to the area to take the position. Wiegers went through the brewing program at Knoxville College before jumping into work as a shift brewer. He had worked his way up to the lead brewer position at Spencer Devon Brewing in Virginia when the Rockcreek owners came calling.

“We actually had started calling brewing programs to see if there were any men or women who would be a good fit,” co-owner Sara Charlson recalls. “[Wiegers'] former instructor thought he would be ideal, and we just happened to be headed to Washington, D.C. for a trip. We drove down to meet [Wiegers] while we were there and everything was perfect. I think we offered him the position the very next day.”

Wiegers loves variety in his beers. He plans on having three or four flagship beers that are almost always on tap, while rotating the remainder in and out. Rockcreek hopes that visitors will find something new each time they visit. Wiegers plans on doing variations on the same style over time, and he is also extremely interested in working on collaborations with other local breweries.

Rockcreek will have several different options available on tap and in cans when the brewery opens it doors in late May, including the Beverly Ave. Blonde Ale. There are plenty of others in the works as well, including IPAs, a porter, stouts and sours. Customers will be able to order online for easy pickup if they are not comfortable spending time out in public. Rockcreek will also serve bar snacks from Charlson’s Popcorn (which Charlson also owns). The team also plans on having food trucks as business picks up, but they don’t have a definite schedule yet due to the current situation.

“It’s definitely scary, opening at a time like this,” Charlson says, “but we feel confident that we’ll have strong support and will start to gain momentum quickly with this community. We know the quality of our beer will help set us apart, and we want to be a cornerstone in Mission moving forward.”

After years of planning, Rockcreek Brewing Co. will host its grand opening on May 22, provided regulations do not change in the area before that time. The owners plan on communicating through social media as their opening approaches, so give them a follow to keep informed about everything the new Mission brewery has planned.