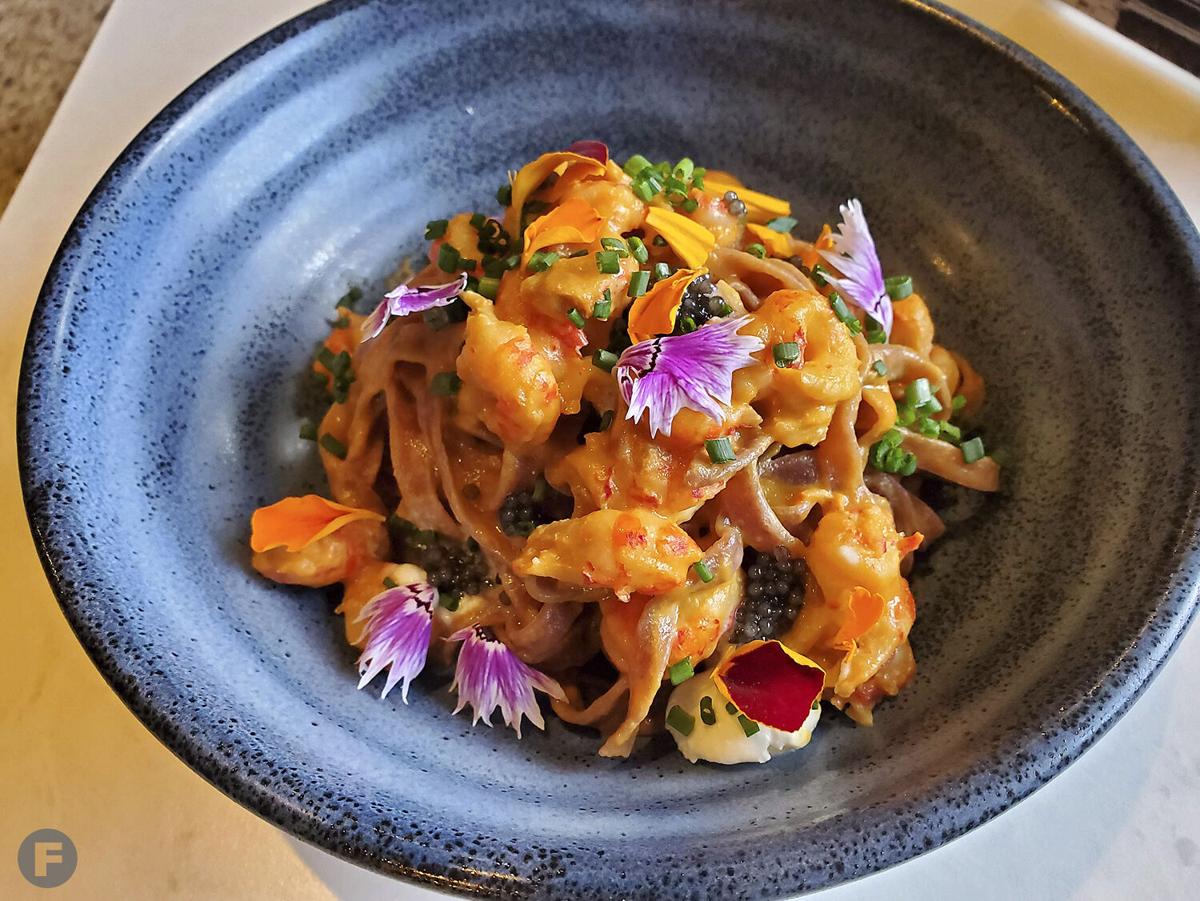 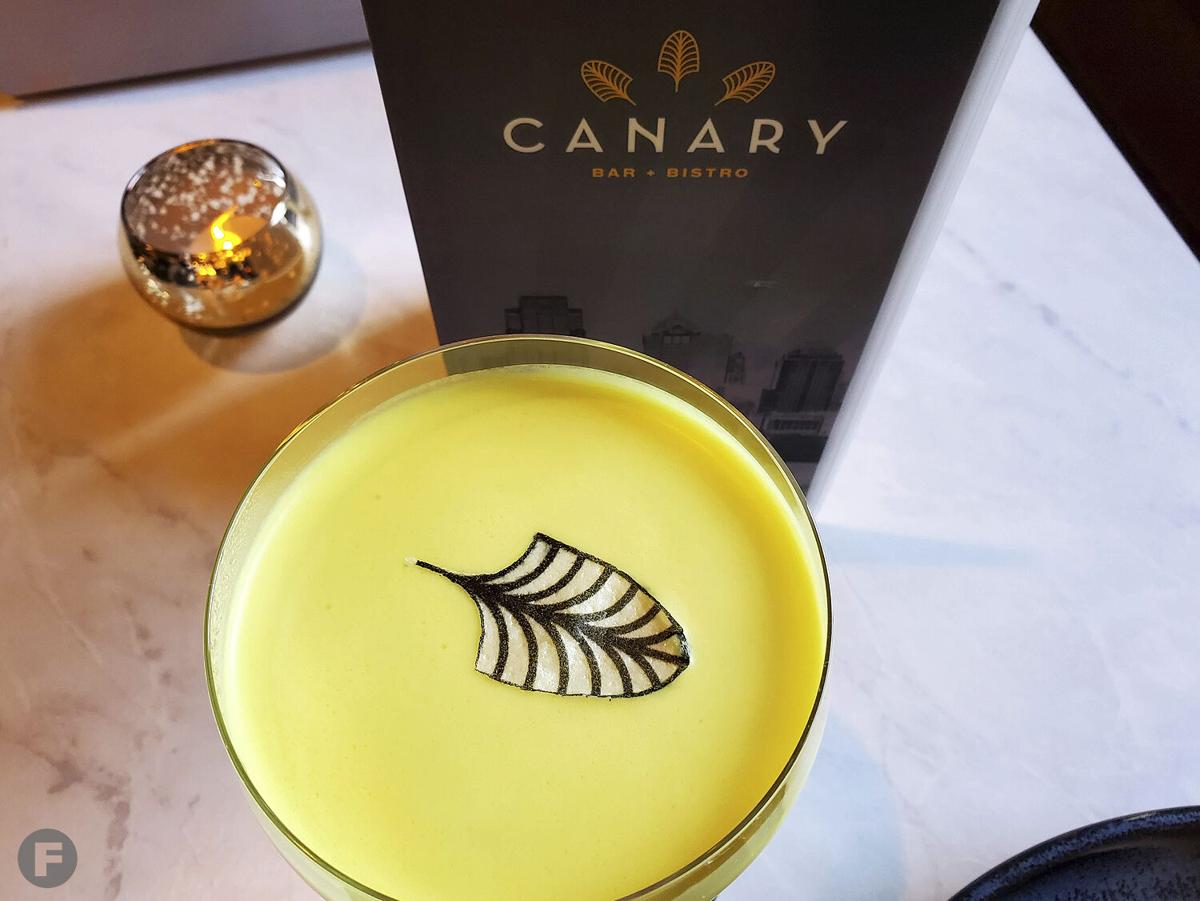 The namesake cocktail features vodka and egg white with a lovely balance of pineapple, coconut, lemon, ginger and turmeric. 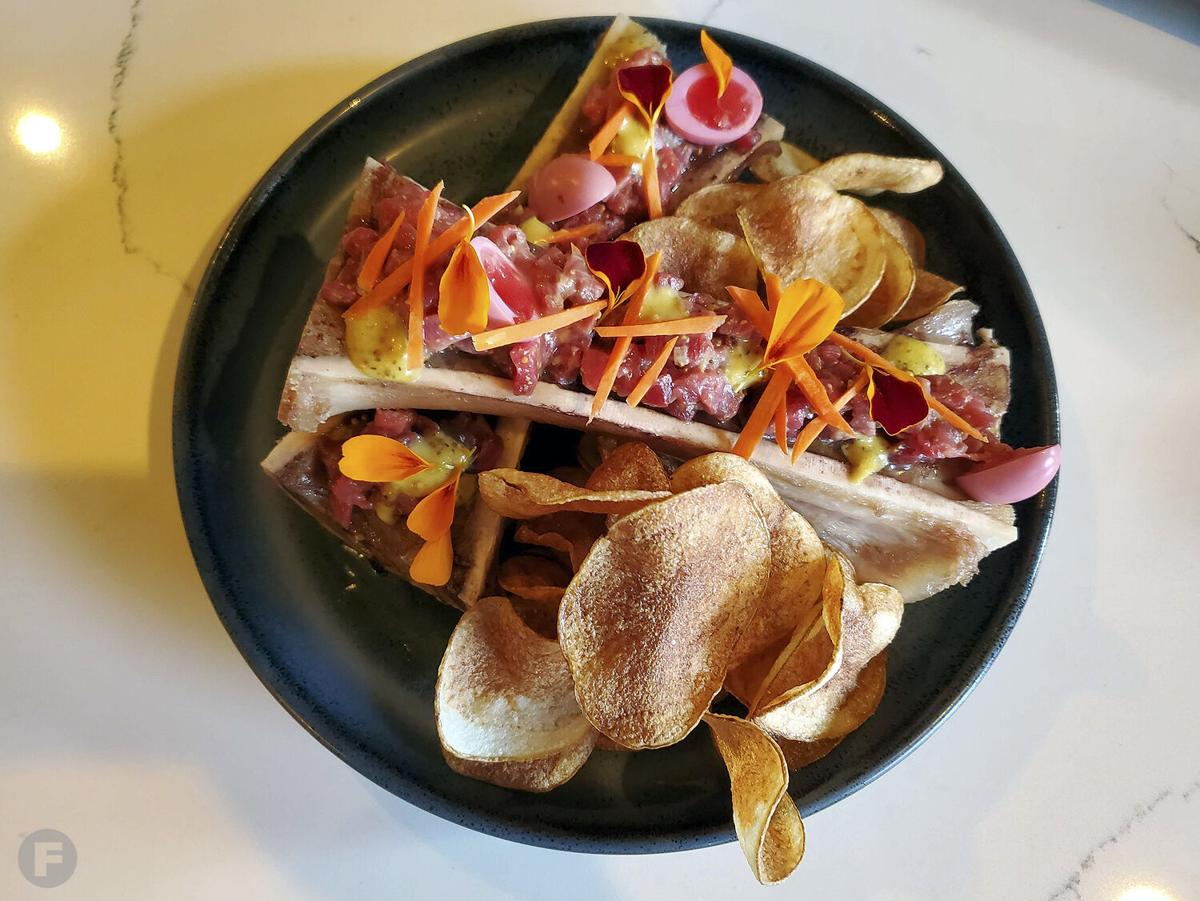 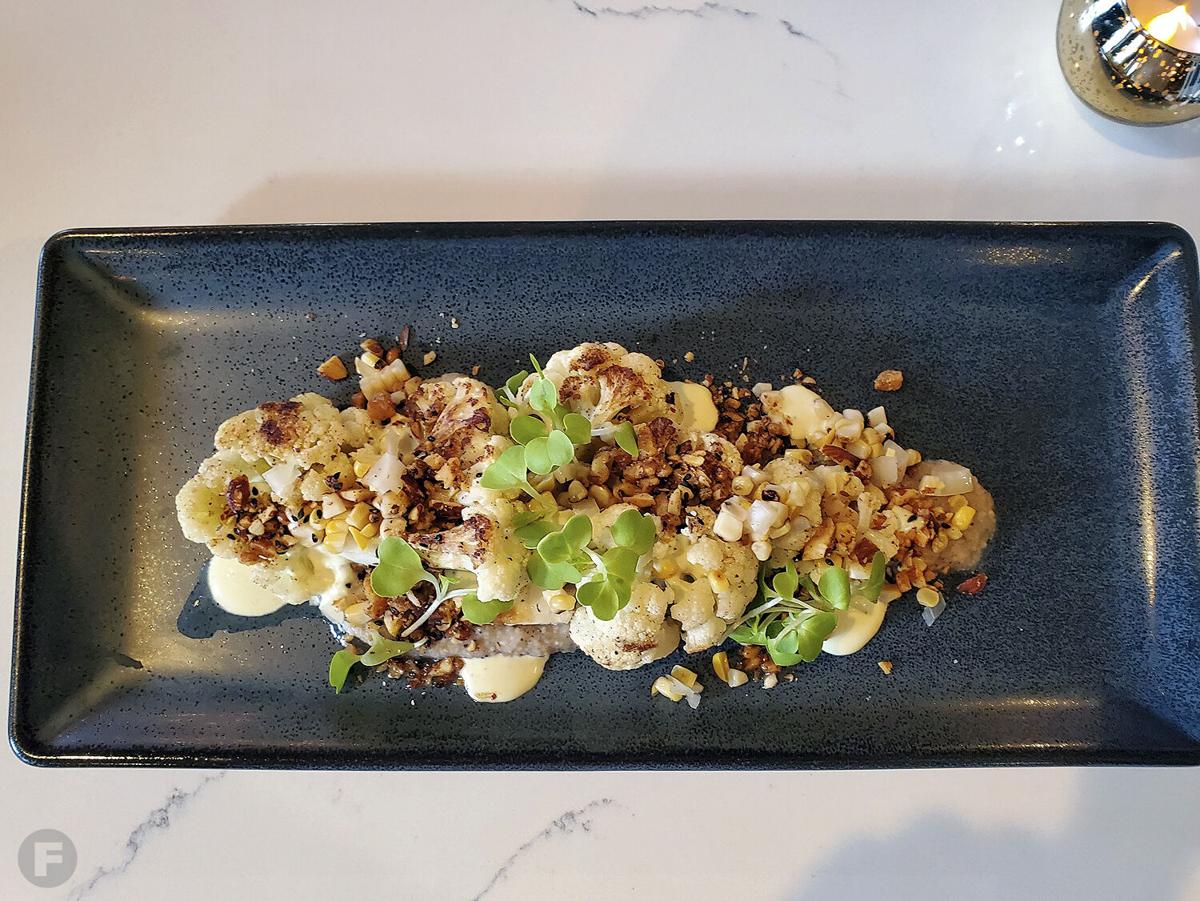 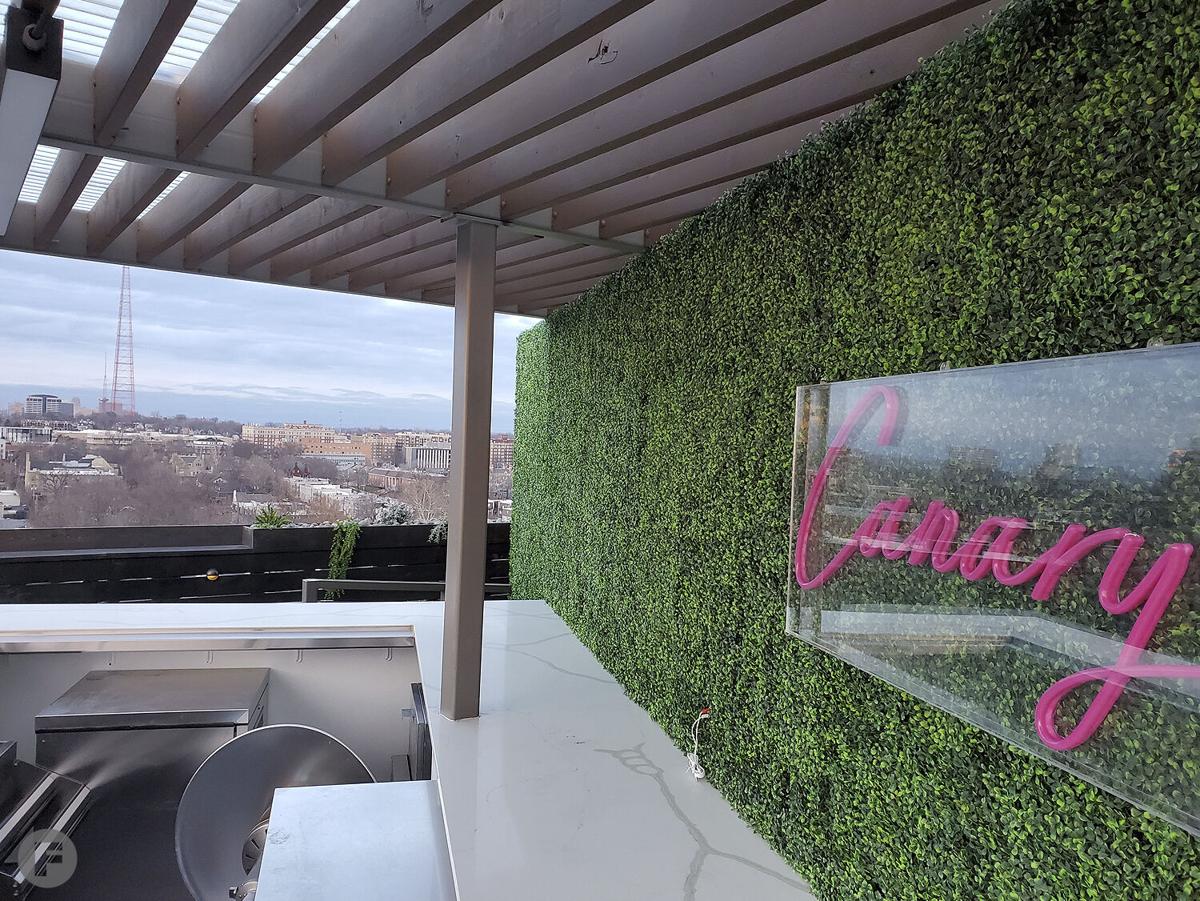 The rooftop bar at Canary is on the eleventh floor and boasts one of the best views of Kansas City. 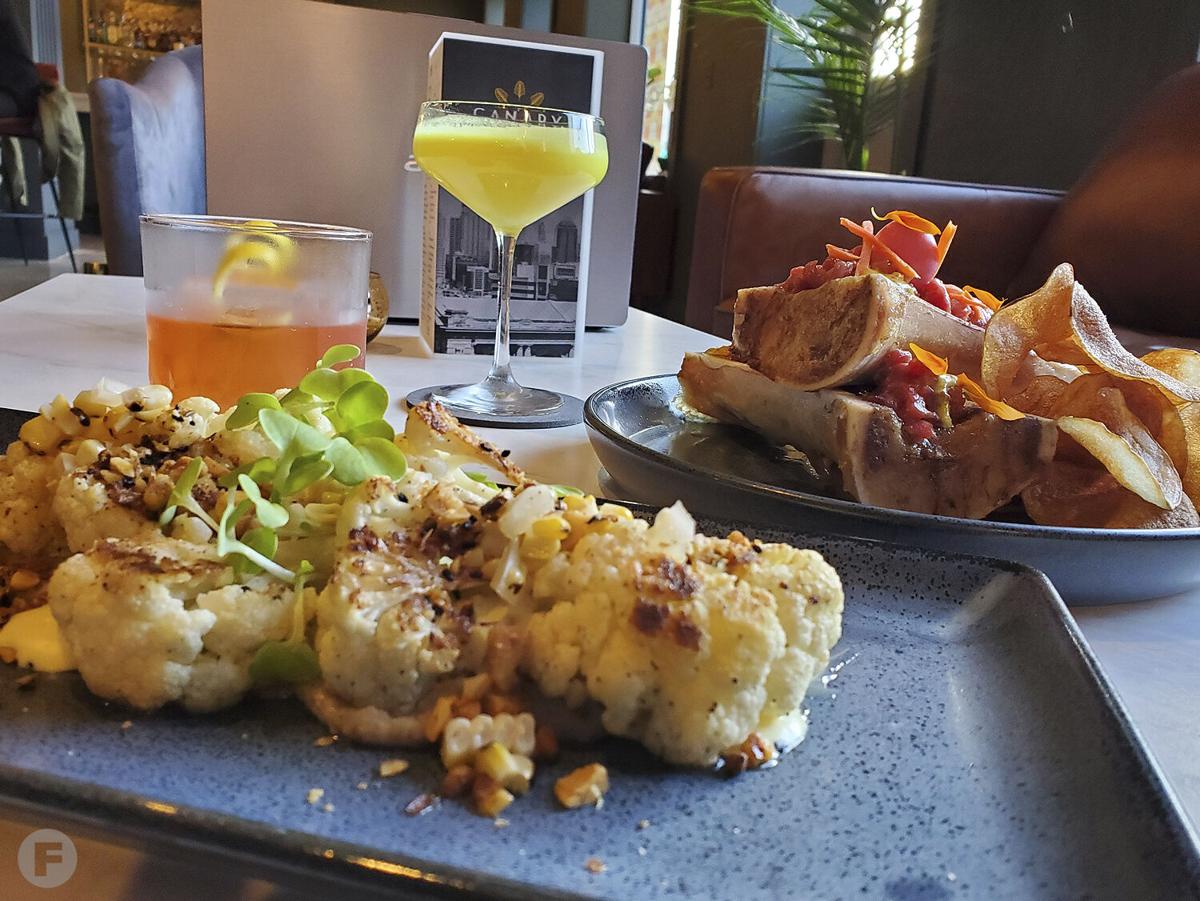 With thoughtfully plated dishes, Canary aims to be a restaurant first. 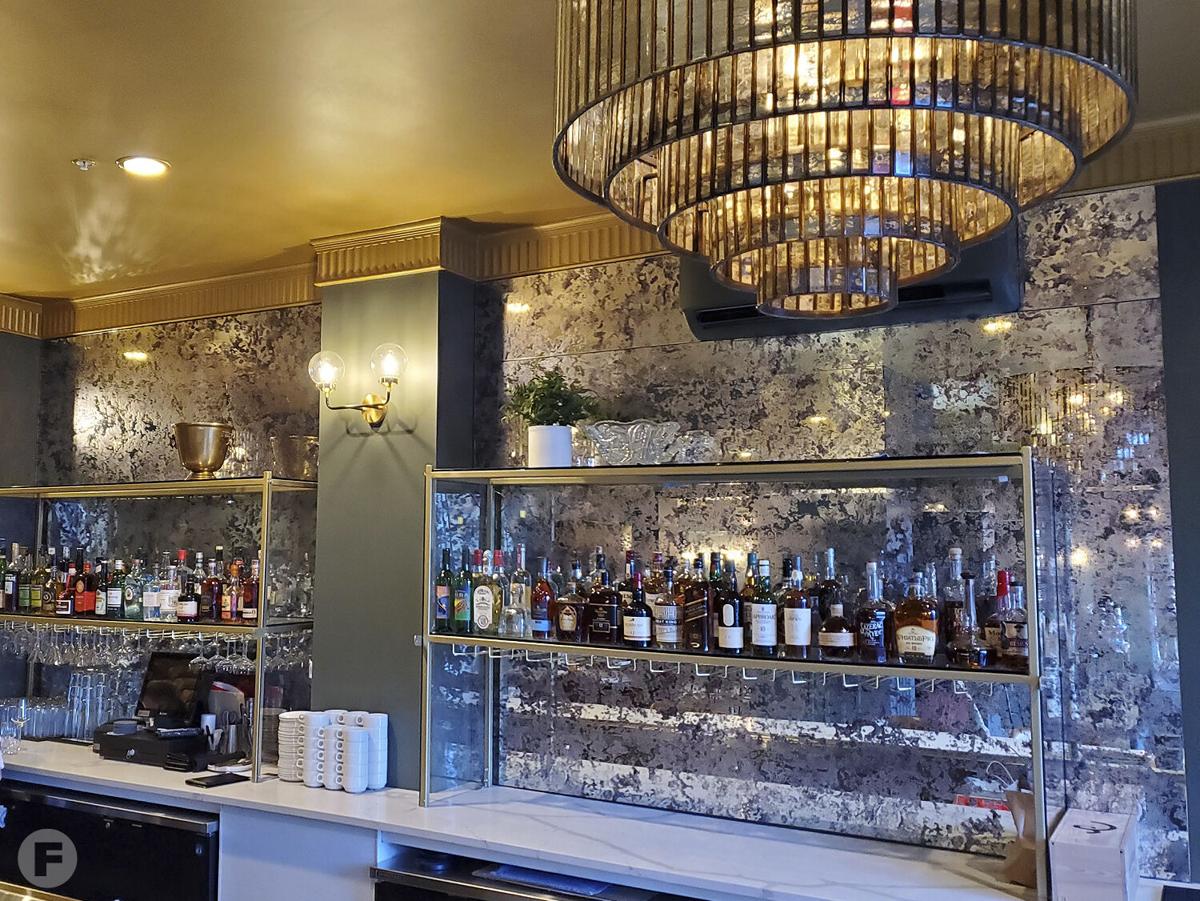 Canary is located inside a new mixed-use building on 38th and Main called The Netherland in Midtown Kansas City.

The namesake cocktail features vodka and egg white with a lovely balance of pineapple, coconut, lemon, ginger and turmeric.

The rooftop bar at Canary is on the eleventh floor and boasts one of the best views of Kansas City.

With thoughtfully plated dishes, Canary aims to be a restaurant first.

Canary is located inside a new mixed-use building on 38th and Main called The Netherland in Midtown Kansas City.

The owners of one of Kansas City's most popular cocktail bars have debuted a second concept. Canary, owned and operated by the husband-and-wife team of Beau Williams and Keely Edgington, opened its doors earlier this month, and the duo has big aspirations for the space. They also run Julep Cocktail Club in Westport, though they are shooting for a different vibe with Canary.

"It's right there in the name: Julep is about cocktails first and foremost," Williams says. "We have some great drinks here, too, but we are really aiming for Canary to be a restaurant first."

Canary nests in Midtown at a new mixed-use building on 38th and Main called The Netherland. Billed as the "Gem of Midtown," The Netherland actually has two different spaces devoted to the new restaurant. The rooftop bar at Canary is on the eleventh floor and boasts one of the best views of Kansas City. The main portion is on the ground floor, and it's here that the full food menu really shines.

Williams and Edgington enlisted chef Mark Dandurand to develop the menu and run the kitchen at Canary. Dandurand has some serious culinary skills under his belt, and has worked stints at Kansas City favorites like Local Pig, Ça Va and Stock Hill. His most recent endeavor was Fond, one of the first restaurants inside Overland Park's Strang Hall.

Dandurand brings several influences into the menu at Canary – all of which combine to make for some truly delicious options. The Tartare & Marrow completely melts in your mouth, with tenderloin and roasted bone marrow accented by quail eggs, pickles and dijonaise. It's served alongside a mound of perfectly crunchy housemade chips. Canary's roasted cauliflower also has an impressive depth of flavor, thanks to elements like pickled corn, chickpea aïoli and dukkah. If you're feeling indulgent, the Beet Chitarra is a great choice as well; the caviar, lobster sauce and crawfish meat make for a rich dish that packs a huge flavor punch.

Everything on the menu at Canary is so unique that Williams himself has a hard time picking a favorite. He ultimately settles on the pork stew, calling it Dandurand's "signature dish," but names practically everything else on the menu in the process. "We feel so lucky to have Mark here," Williams says. "Every new dish he creates is unique and the highest quality – it's all so good."

But cocktail connoisseurs need not be discouraged, as there's plenty of creativity behind the bar as well. A few influences and past favorites have made their way over from Julep, like the Soft Conspiracy. However, many are entirely new creations; most of the cocktails here are a bit lighter, as they are generally going to be served up alongside the rich food options. Try Canary's namesake: a vodka and egg white cocktail with a lovely balance of pineapple, coconut, lemon, ginger and turmeric. It's delicious and beautiful.

Williams has big plans for the future with Canary, but the team is being extremely thoughtful with regards to the pandemic. "We have plans for happy hour, we have plans for brunch, but all of those are on the back burner right now," he says. "I would feel incredibly irresponsible if I was encouraging people to pack in for those types of things, so just know they're in the works and possibilities for the future." For now, he "strongly encourages" reservations and is limiting party size to four unless special accommodations are made. The tables in the restaurant are extremely spaced out as well.

Speaking of the future, the incredible rooftop space is one of the major draws at Canary, and Williams is looking forward to opening it as soon as it makes sense with the unpredictable Kansas City weather. Guests will be able to enjoy drinks and a limited menu of bar bites on the roof. They'll also be able to soak in the stunning views of Kansas City's Midtown and beyond. "The rooftop space was one of the big draws for us here," Williams says. "It's just a beautiful view and a unique experience." Stay tuned to Canary's social media for updates on when the rooftop opens to the public.

You'll likely want to book reservations at Canary even before then, though. It's an inviting, impressive space with an excellent menu and a thoughtful, experienced staff behind it all.