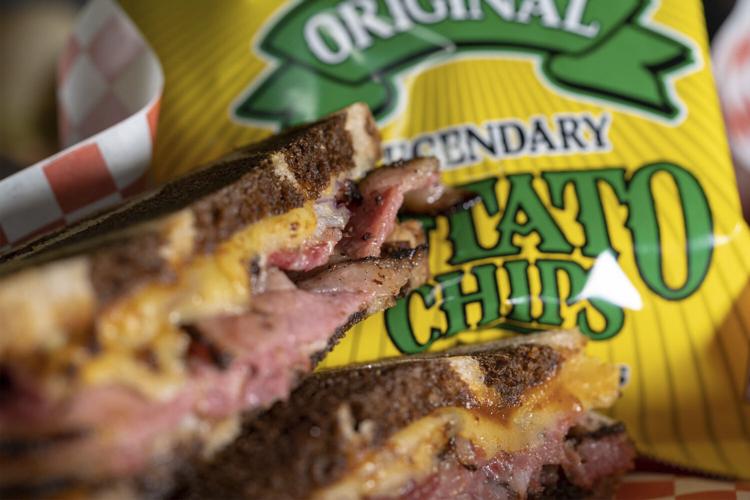 Guy's Deli is owned by the same people behind Guy's Snacks. 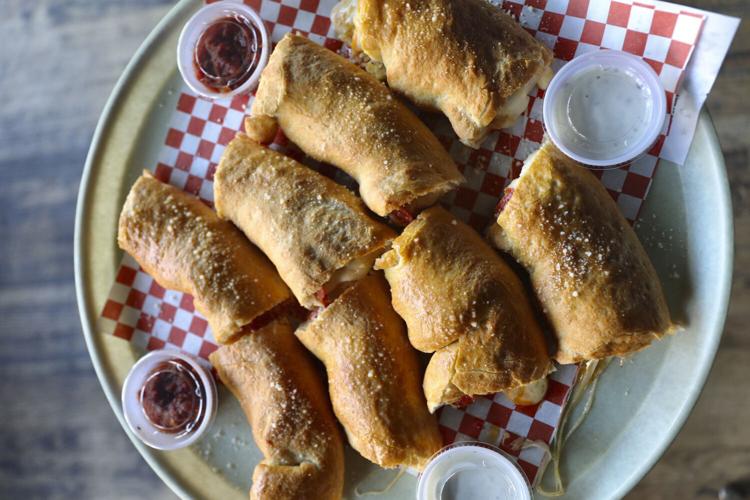 The pizza bones at Guy's Deli feature pizza dough stuffed with a three-cheese blend, butter and garlic. They're served with the restaurant's signature pizza sauce.

The next time you grab a slice of pizza at Kelly’s Westport Inn, it might taste the same, but a different team will be in the kitchen.

Guy’s Deli and Pizza officially opened shop in the historic Westport bar on Jan. 10, replacing the locally renowned Joe’s Pizza By The Slice, previously owned by the now-retired Joe Addington.

The deli, which is affiliated with Guy’s Snacks, is continuing to serve pizza out of the back of Kelly’s but is now also serving a new menu of sandwiches using fresh, local ingredients.

“It’s huge to step into Joe’s footsteps,” says Jason Harper, director of operations. “Being in Kelly’s is amazing; it’s a staple in Westport and has been for forever. It’s nice to be there trying to feed local employees around us, and being in such a cool little historic area is huge for us.”

Harper and partner Andy Miller knew they had big shoes to fill replacing Joe’s, so they placed an emphasis on intensive research for the menu’s sandwiches. They went to test kitchens and held soft openings to experiment with different creations. They also invested in their staff.

“We’re very proud to say we had 100 percent staff retention from Joe’s,” Harper says. “We gave them all raises, and everyone was super excited to join the team. Joe was running with a crew of five the past year or so, so we got some more workers in there and we’re in a pretty good place right now.”

Harper and Miller knew their menu had to include classic sandwich options that customers clamor for, so you’ll find an Italian and a Reuben. There’s also a veggie panini and pastrami sandwich, topped with Provolone and a mustard crafted from an old Kelly’s recipe.

But they also knew they wanted a signature dish – one that incorporated the beloved Guy’s Snacks. This spawned the Crunch, a peanut butter and jelly sandwich lined with chips from Guy’s Snacks.

“It was fun creating sandwiches in our minds and putting them to paper,” Harper says. “Once we opened, people had great things to say, great reviews.”

Guy’s Deli and Pizza will also continue to serve pizza using Joe’s old recipe, albeit with a few modifications. The sauce will remain the same, but Harper and Miller tweaked the dough recipe and set out to buy higher quality meats, cheeses and other toppings.

“We had some great responses for the pizza,” Harper says. “We did some soft openings with pizza by the slice. [Joe] also had a great product, but people seem to be enjoying this one, which is good to hear. It’s a learning process.”

Harper and Miller are also intent on using locally sourced ingredients. Most of the meats used at the deli come from Kansas City businesses, including Boyle’s Famous Corned Beef Co. for pastrami and Scimeca’s Market and Deli for Italian sausage.

“We wanted to stay local and use as many local products as we could,” Harper says.

You can find Guy’s Deli and Pizza in the back of Kelly’s Westport Inn at 500 Westport Road, and you can follow the restaurant on Facebook for updates.

From fried chicken joints to multi-level bars, this is what opened in Kansas City this month.

The vegan chef is beginning a residency at Afterword Tavern & Shelves in late May.

With Acre, Kansas City chef Andrew Longres is creating an homage to his upbringing

The chef is opening his first restaurant in Parkville, Missouri, not far from where he grew up on his grandparents' farm in Liberty, Missouri.

The Order of the Arrow menu features an array of old-school classic cocktails.

The best food and drink events in Kansas City this weekend: May 13-15

Dig into a crawfish boil, learn to make your own barbecue sauce or head to a wine fest this weekend.

With two locations, KITCH is offering a variety of prepared health-conscious meals to the Kansas City area

The local meal prep and delivery service offers meals for a range of dietary needs.

Guy's Deli is owned by the same people behind Guy's Snacks.

The pizza bones at Guy's Deli feature pizza dough stuffed with a three-cheese blend, butter and garlic. They're served with the restaurant's signature pizza sauce.