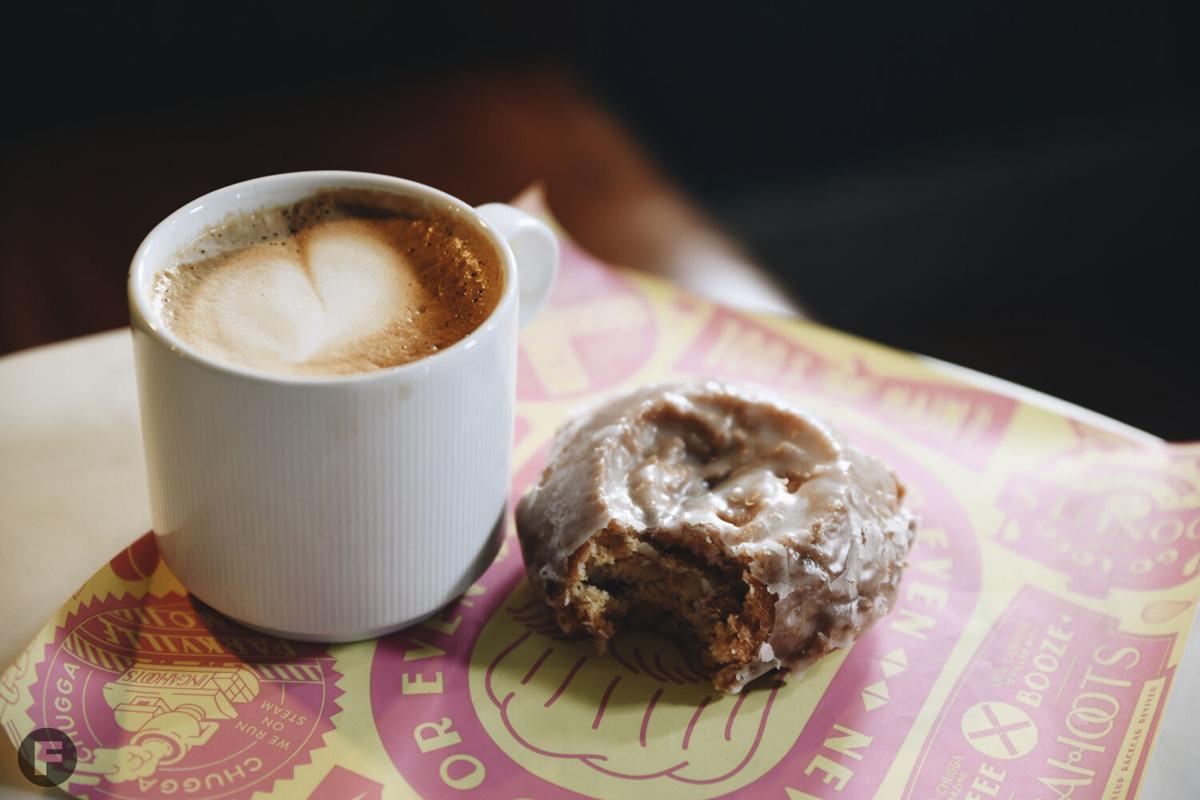 A classic latte and a coffee makes for a perfect morning pairing. 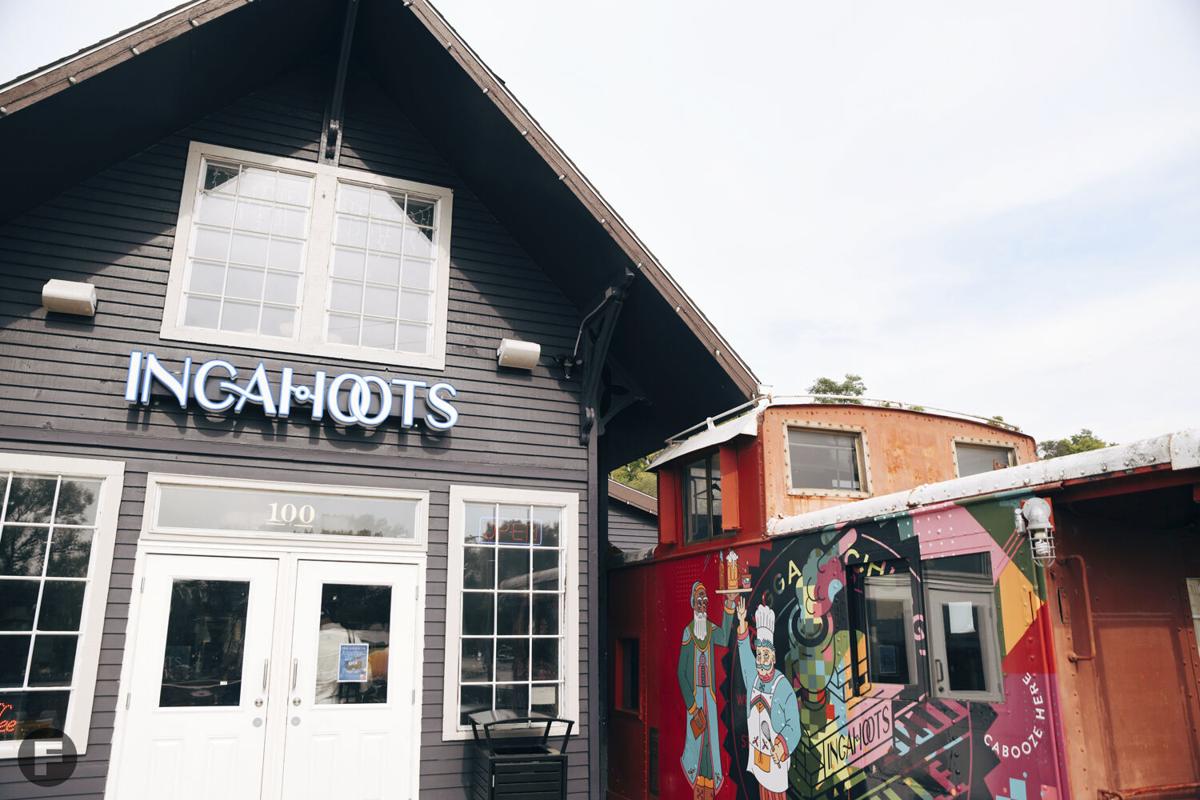 Two train cars are probably what you'll notice first about the Incahoots' building. 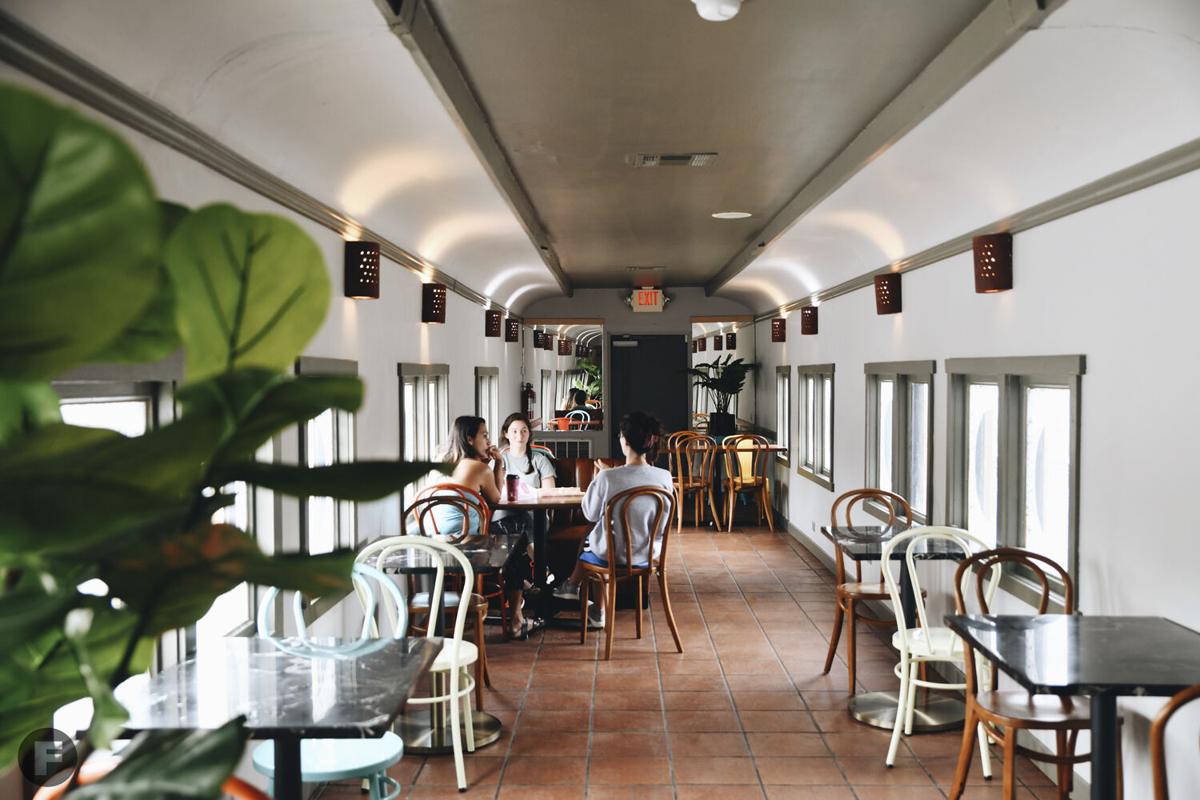 Enjoy your coffee and donut inside one of the decommissioned train cars. 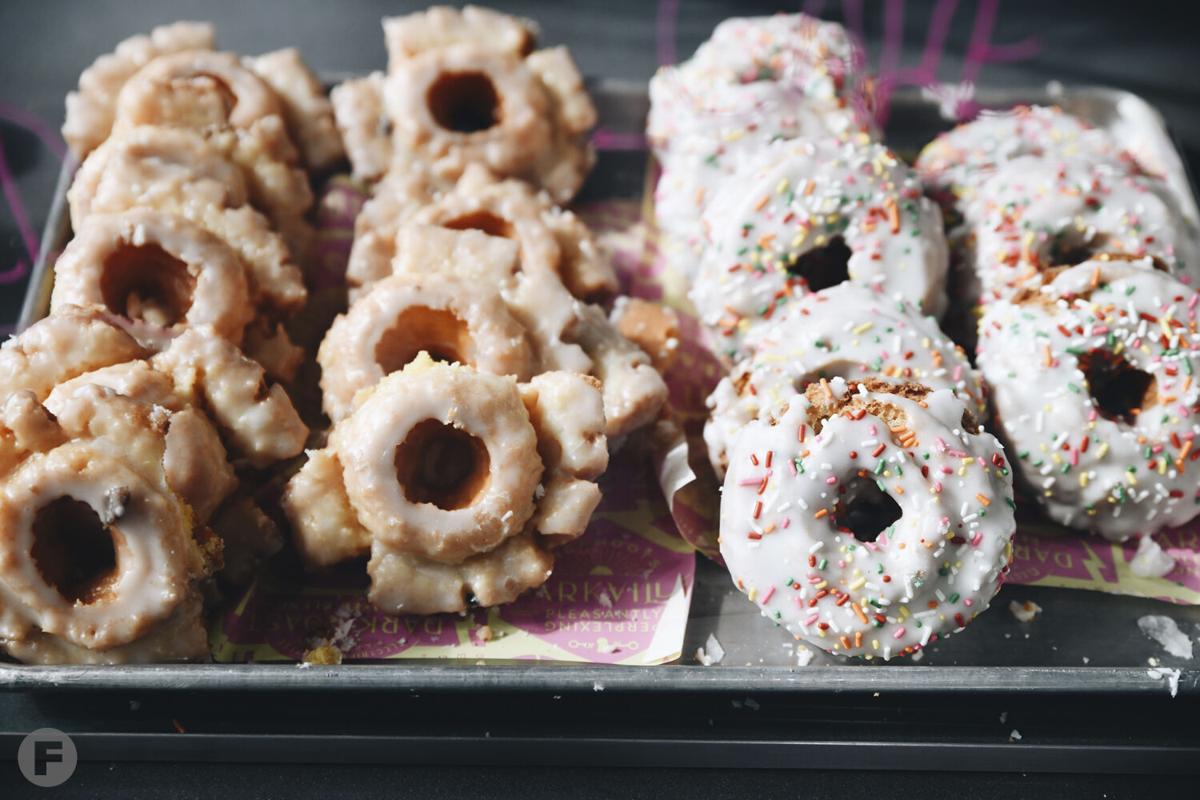 The Incahoots team makes donuts fresh every morning they're open. 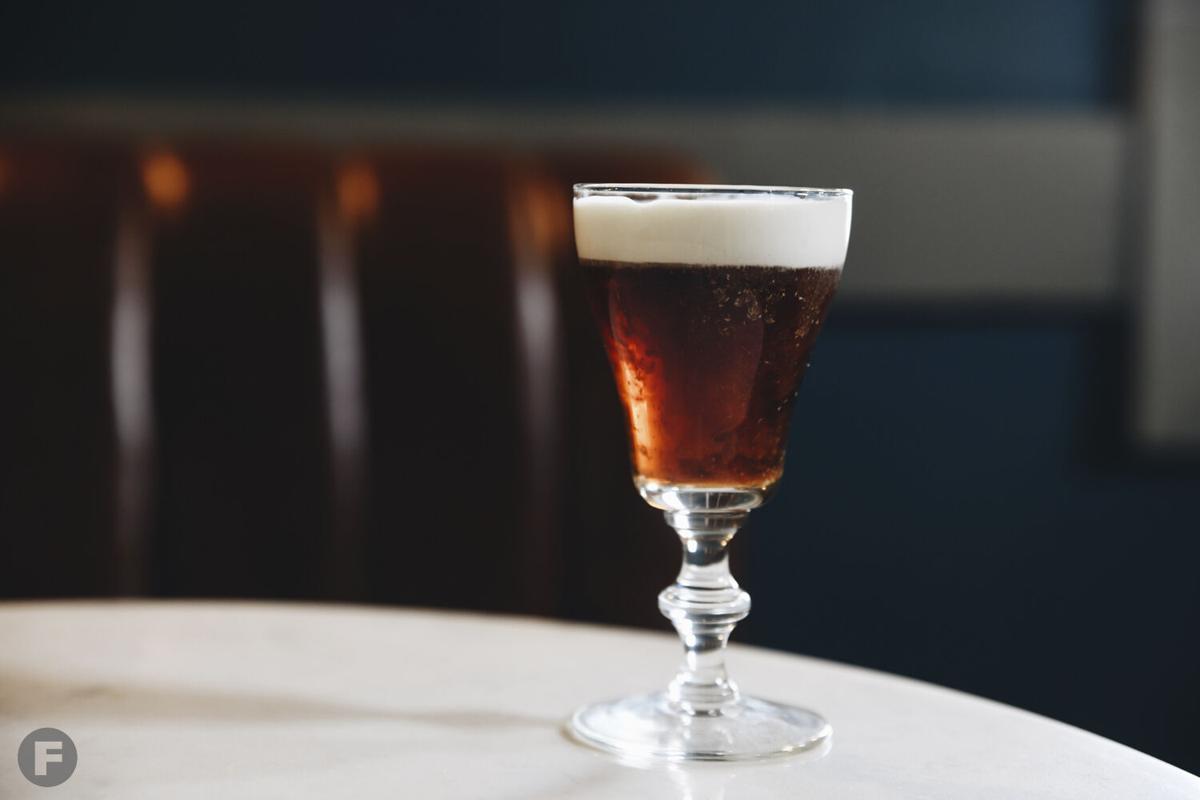 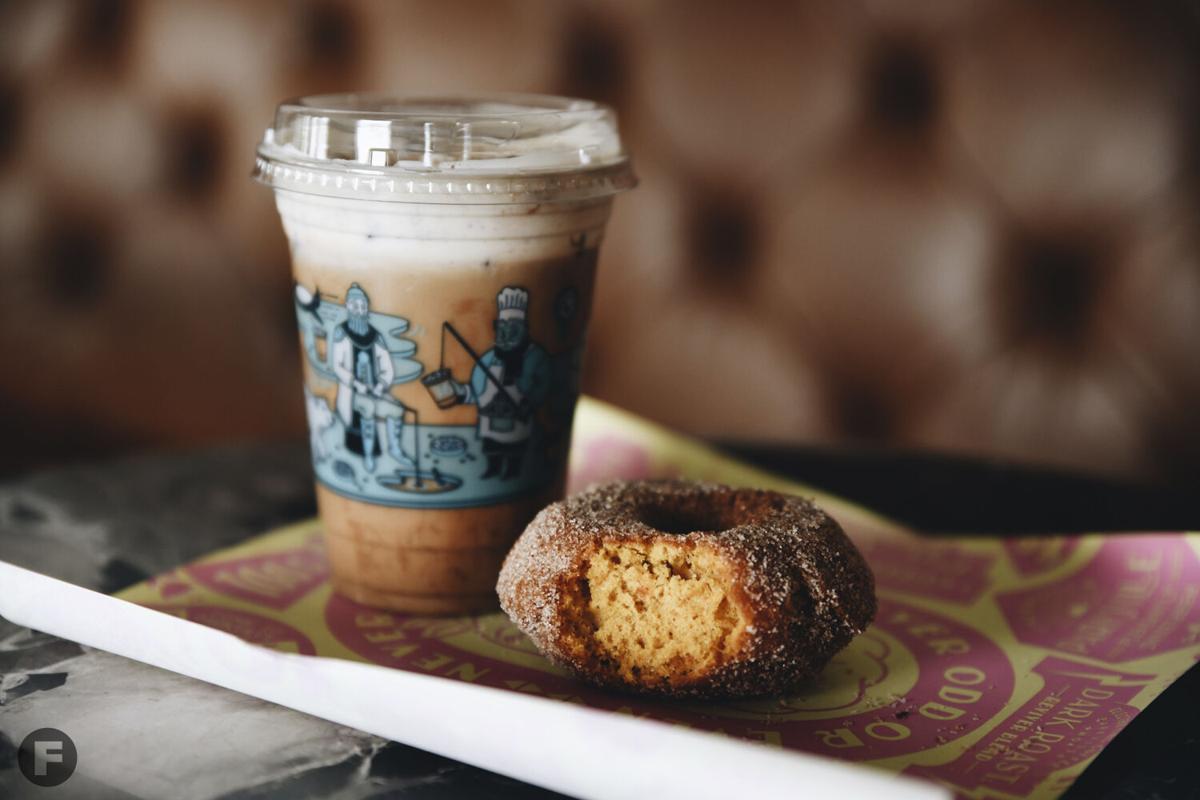 The Cheerio Latte is made with vanilla, honey, cinnamon and nutmeg. 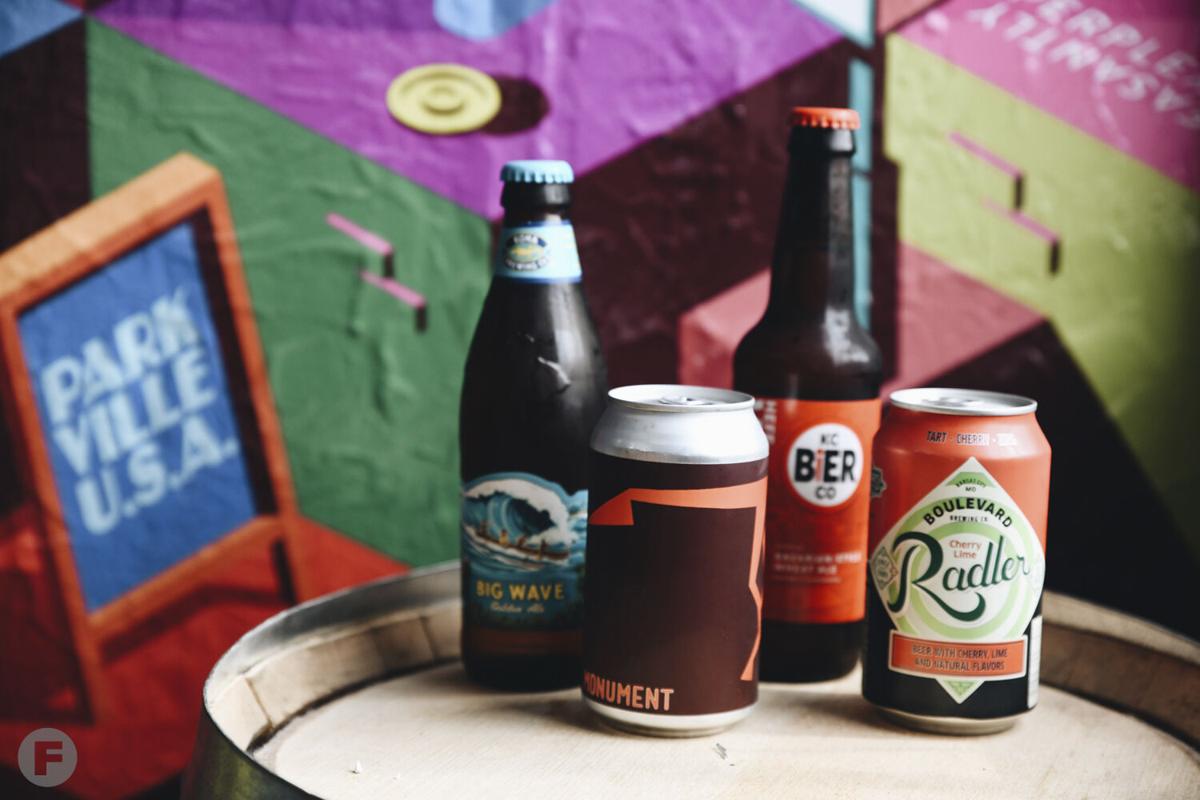 Alongside coffee, Incahoots offers a variety of craft beers. 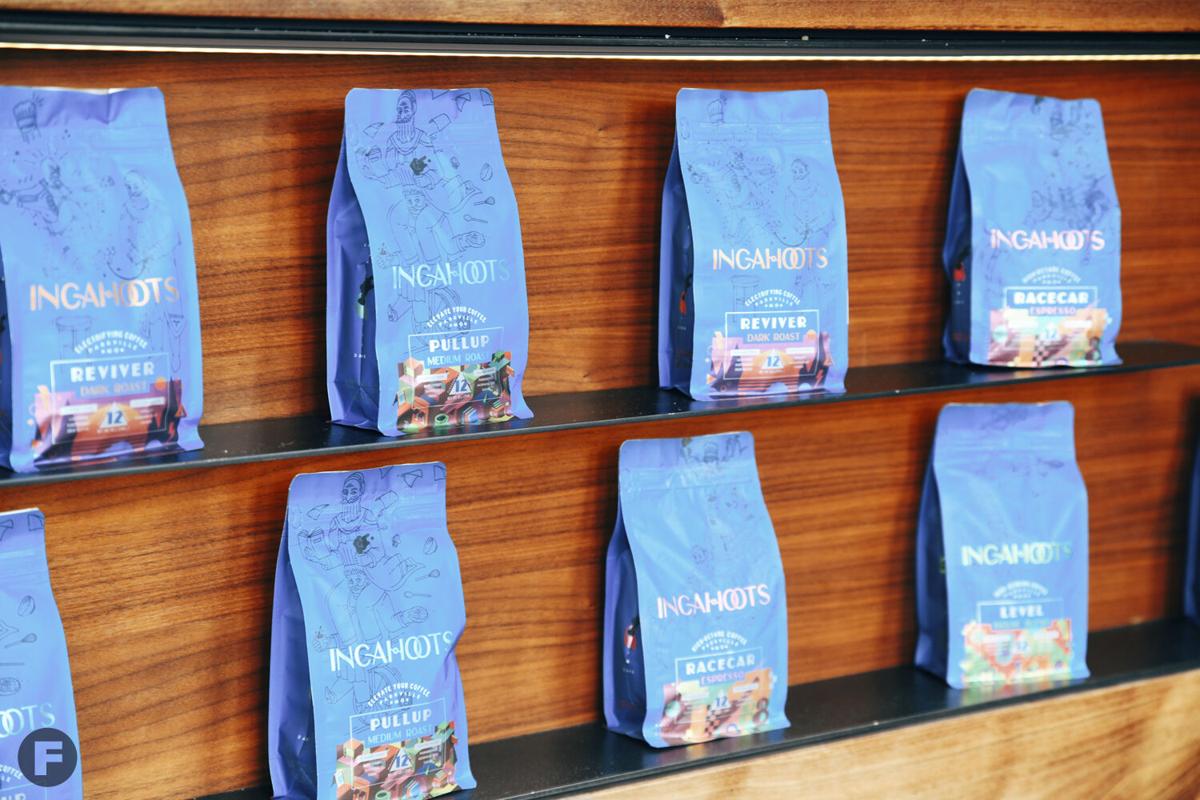 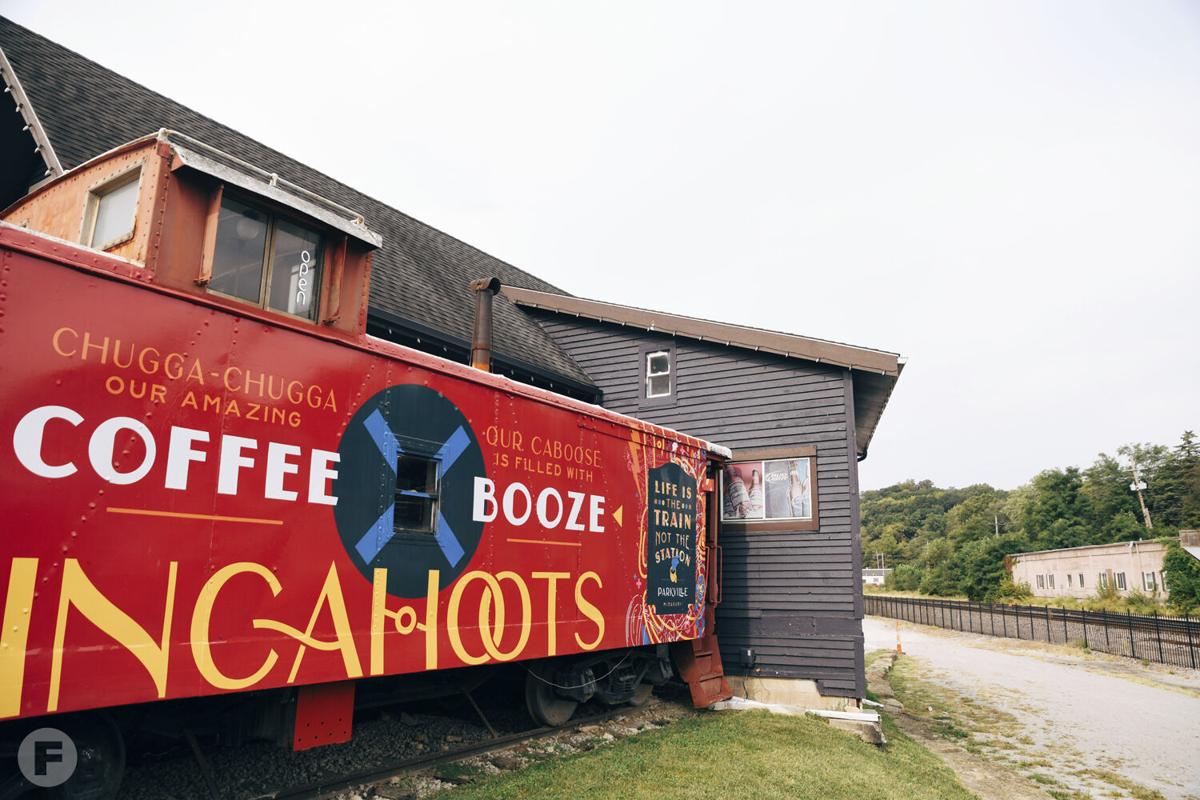 Parkville residents have long been familiar with the odd building at 100 S. Main Street. Perched up on a small hill and surrounded by a giant wooden deck, the former train station is striking for two unlikely additions flanking its east and west sides: train cars.

The first one you’ll notice is a standard 70-year-old red caboose that has greeted Parkville residents and visitors alike for years. The second, a bit hidden upon first glance, is an 80-foot-long Pullman sleeper car, which used to house beds for overnight passengers.

In the past decade, this peculiar building has housed a barbecue joint, an antique store, and, most recently, a Mexican restaurant. But this past June, Incahoots Coffee & Donuts opened its doors on Main Street in Parkville, and it seems like it’s here to stay.

Owners Ryan and Emily O’Laughlin had never worked in the food industry, but as a Northland native and a Parkville inhabitant for the past decade, Ryan had always been intrigued by the building and its two train car appendages. According to Ryan, he finally took the “leap of faith” and jumped headfirst into coffee and donuts.

“We wanted to open a more unique coffee concept – one that also made fresh donuts every day, but we didn’t necessarily want to be just a donut shop,” Ryan says. “Being down here all the time, we knew when we bought the building that we wanted to do donuts because there were always kids climbing all over the train cars.”

Thankfully for the O’Laughlins, adults love donuts too. On mornings they are open, you’ll find donuts being made fresh in the shop starting at 4am. On weekdays, Incahoots typically serves five or six donuts, mainly opting for some inspired takes on the usual suspects: blueberry with lemon, red velvet, apple spice, chocolate sprinkle, and the star of the show, a soft, delicate lemon sour cream old fashioned with a crunchy exterior. On weekends, they’ll ramp up production to add a couple more experimental donuts, including some seasonal favorites like apple cider, plus pumpkin spice and salted caramel old fashioneds.

And while kids might not be as into the coffee, just a single bite out of one of their show-stopping donuts will get their adult patrons craving a cup of joe. Each coffee served, bagged and sold at Incahoots is roasted specifically for the shop by Marcelle Coffee, the East Crossroads-based coffee collaborative run by Christopher Oppenhuis, Alex Rea and Mark Sappington.

Another fun Easter egg: Incahoots is a palindrome enthusiast’s dream. Each individual coffee blend name is spelled the same backward as forward. Incahoots sells 12-ounce bags of four custom blends, including Level (the Incahoots house blend), Pullup (medium roast) and Reviver (dark roast). The aptly named Racecar espresso roast is a delicately balanced blend of three beans that works great for an espresso, but isn’t too overpowering to be used for cold brew.

Ryan stresses the importance of sourcing fresh ingredients and working with local companies to create a memorable experience for all who enter the shop. Most syrups are made in-house, including vanilla, mocha, cinnamon bark and even a vegan caramel made from plant-based cream. Westside-based Whiskey Design did all the Incahoots branding, which is as colorful and offbeat as the building itself. The O’Laughlins also worked closely with Jake Randall, formerly of Doughnut Lounge, on many of their donut recipes. They’ve even collaborated with North Kansas City-based Restless Spirits on a barrel-aged coffee.

Incahoots’s bar program is also worthy of a visit, with up to 20 different beers and hard ciders, many of which are local. Plus, the café plans to add a cocktail menu and stay open later Friday and Saturday evenings so guests can stay for a while and imbibe.

Incahoots Coffee & Donuts is open Wednesday through Sunday from 7am to 2:30pm.

The deli, which is affiliated with Guy’s Snacks, is continuing to serve pizza out of the back of Kelly’s but is now also serving a new menu of sandwiches using fresh, local ingredients.

Yozelyn Jiménez is a bartender at Drastic Measures, and she also owns her own cottage baking business.

Thanks to new owners, the 90-year legacy of Kansas City's Tenderloin Grill will continue

Bought by Minksy's Pizza Group, a few improvements have been made, but the classic menu won't change.

While Kansas City saw some new spots, it also had to say goodbye to some old favorites.

Cuisines ranging from American to West African to Taiwanese are included in this 10-day dining event.

This coffee shop isn't just about your brew of choice.

Located on the sixteenth floor, you can experience the Country Club Plaza from above while enjoying a drink.

A Kansas City culinary veteran is now selling his signature Palestinian food at his own shop, Baba's Pantry

Baba’s Pantry opened last summer on 63rd Street near Troost Avenue with a deli case full of grab-and-go items and a menu of Middle Eastern dishes.

With his clarified milk punch, Bronson Kistler is mixing up the selection in local liqueur aisles

A classic latte and a coffee makes for a perfect morning pairing.

Two train cars are probably what you'll notice first about the Incahoots' building.

Enjoy your coffee and donut inside one of the decommissioned train cars.

The Incahoots team makes donuts fresh every morning they're open.

The Cheerio Latte is made with vanilla, honey, cinnamon and nutmeg.

Alongside coffee, Incahoots offers a variety of craft beers.