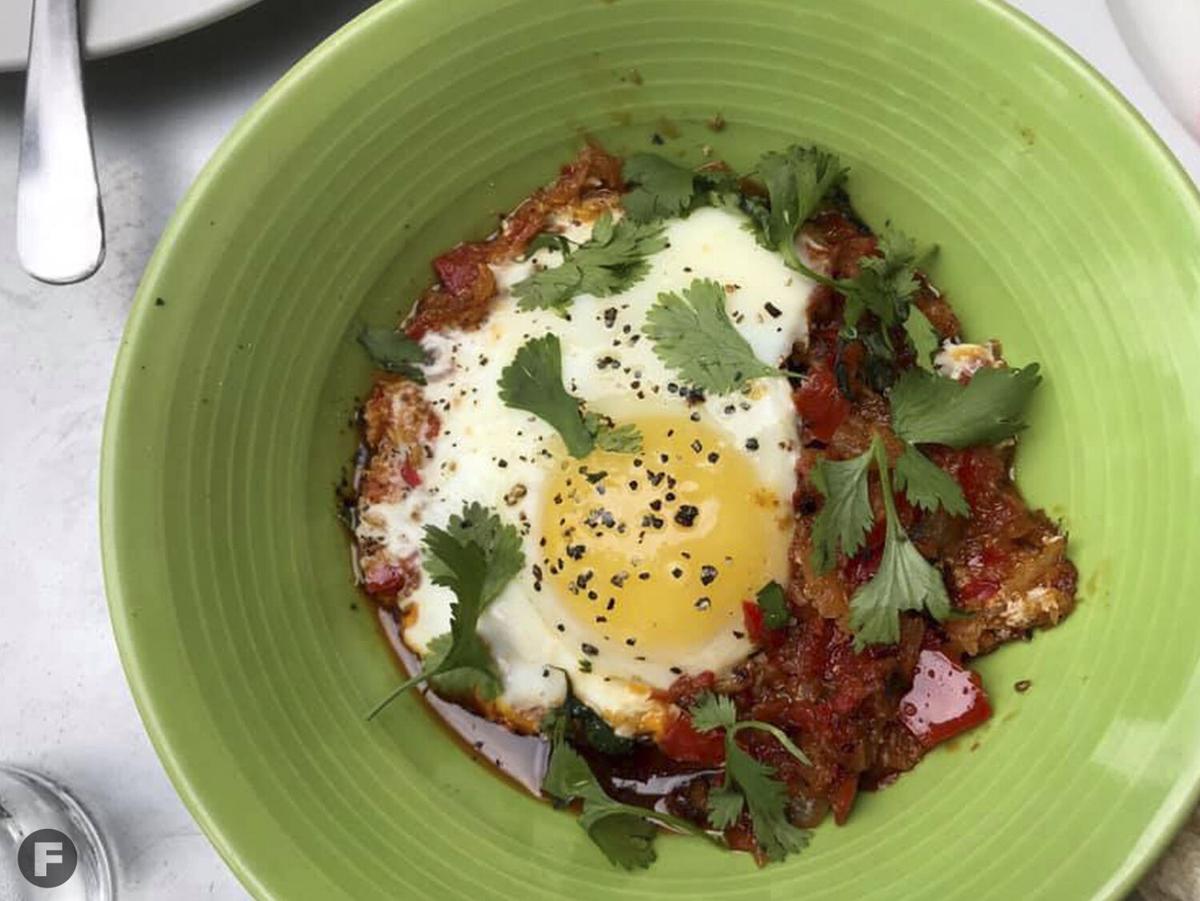 Persian Egg is a dish from Iran made with a poached egg on top of mixture of onion, sweet peppers, paprika, olive oil and basil. 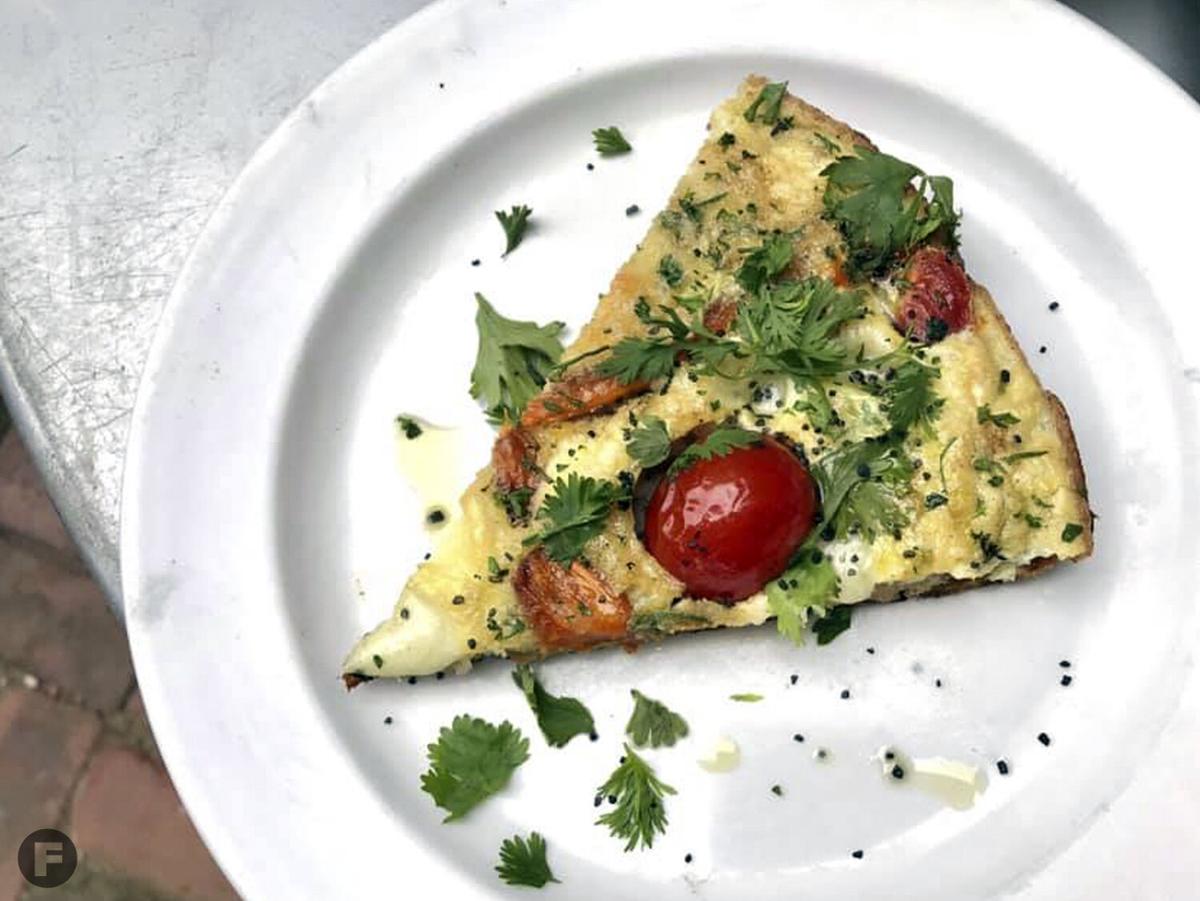 Dedas Kharcho is a Georgian egg dish made with day-old bread and vegetables. 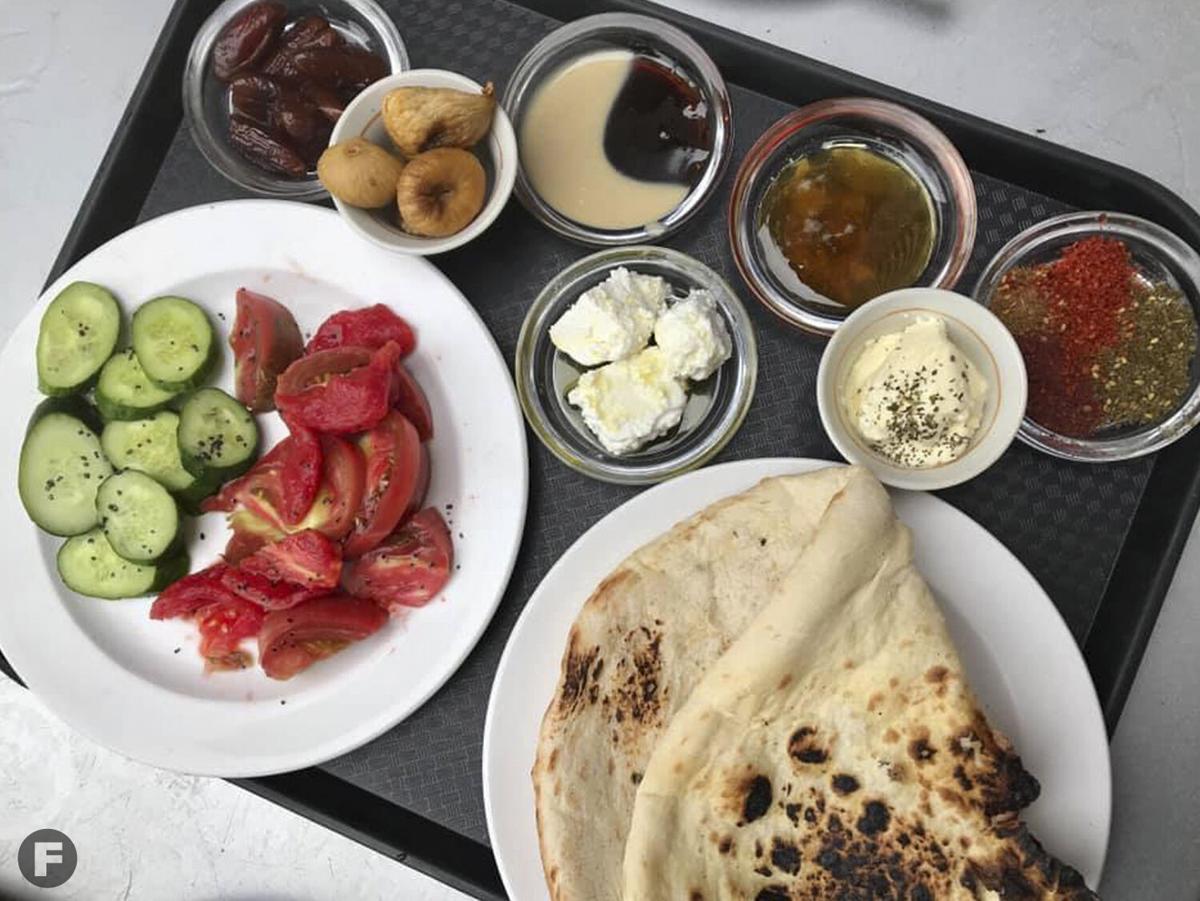 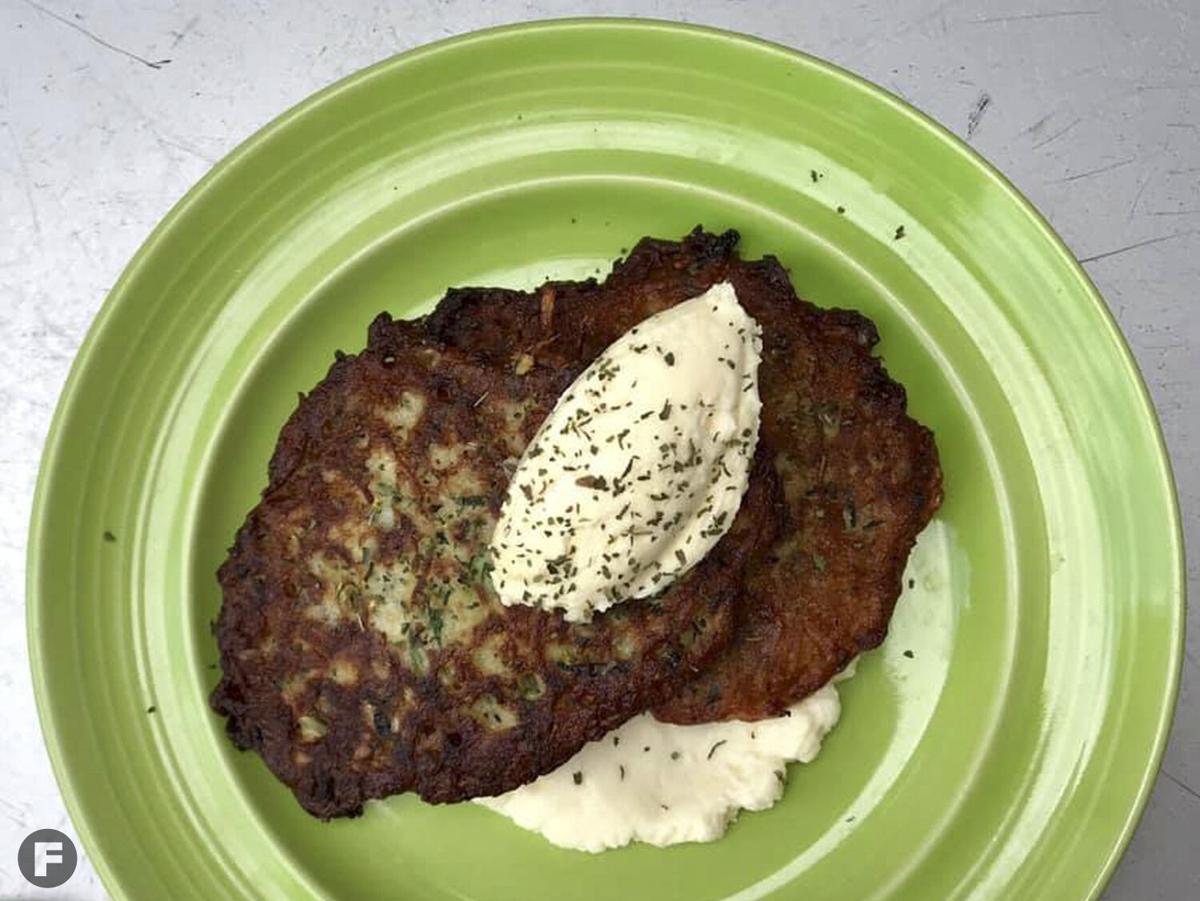 Persian Egg is a dish from Iran made with a poached egg on top of mixture of onion, sweet peppers, paprika, olive oil and basil.

Dedas Kharcho is a Georgian egg dish made with day-old bread and vegetables.

The colorful house with the outdoor patio that sits under the shade of a giant Catalpa tree is bustling once again, as a new restaurant has now opened in the coveted Westside neighborhood spot.

Clay & Fire has opened its doors at 815 W. 17th Street, serving traditional Turkish coffee and Middle Eastern brunch dishes. The restaurant, which the owners describe as "near Eastern," specializes primarily in Turkish fare, along with dishes from Iran, Lebanon and other surrounding countries. By October, guests can look forward to the addition of dinner entrees including rotisserie chicken, lamb and goat, along with a wide variety of housemade breads baked in the new 8-foot-deep clay oven that has been built right off the restaurant kitchen.

Many chefs approached real estate developer, farm owner and restaurateur Adam Jones about the space, which has in the past been home to several excellent Kansas City restaurants including Lill’s on 17th, Novel and Fox and Pearl’s pop-up location. But Jones was saving the spot for his friend Orcan Yigit, a restaurateur living in Turkey, who had agreed to come to Kansas City and open up a restaurant serving traditional mezze, fresh and oven-roasted vegetables and roasted meats.

“When COVID-19 shut down international travel, Yigit and his chef, along with all of the fabrics, furnishings, plateware and glassware – everything we had purchased for this restaurant – got stranded halfway across the world,” Jones says. “I had to go into my storage to pull out much of the furnishings we are using right now, which had come from one of my previous Middle Eastern and Mediterranean restaurants, West Side Café, that we used to have on Southwest Boulevard in the '80s.”

With the restaurant on hold during the coronavirus, Jones used the time to finish off the large clay oven outside the western wall of the commercial kitchen. This is the key ingredient for making and baking all of the different types of flatbreads enjoyed with dishes from Turkey, Iran, Armenia, Georgia, Azerbaijan and Lebanon.

But when it became clear that it would be a while before the world returned to a new normal, Jones and Yigit knew they needed to hire a local chef – someone skilled at making traditional dough for all of those various types of flatbreads.

Enter chef Brent Gunnels, who owns Cult of Pi, a home-based pizza company he operates out of his Westside backyard. Gunnels, who lives just down the hill from Jones, had previously approached him about the location, but Jones told him that the restaurant was already spoken for.

“I was cooking pizza in my backyard when [Jones] came over with chef Vaughn Good, owner of Fox and Pearl,” says Gunnels. “They had ordered pizzas and they came around back to see how I was making them. It was the first time I had talked to Vaughn, and I had a feeling they were there for a reason. It felt like I was being interviewed, I just wasn’t sure for what.”

By the end of the night, the three men had bonded, and within a few weeks Gunnels brought his bread-making skills to help launch Clay & Fire. With him, he brought Savannah Bennett – a talented local bartender formerly at the now-shuttered Webster House – to create the cocktail menu, run the bar and help serve. Rodman Cruse, former director of food and beverage at the InterContinental Hotel on the Country Club Plaza, was furloughed during the pandemic and also joins Gunnels in the kitchen. Clay & Fire allowed these three friends a chance to work together on this creative new project at a time when many in the industry were still out of work.

Working via Skype with Yigit and his chef, Gunnels was educated on all of the dishes they planned to serve. “Sometimes, we would go into our respective kitchens and get on Skype and watch each other cook to understand how a certain dish is made,” says Gunnels. “It was an incredible learning experience.”

After spending hours reading about the Middle East and its traditional dishes, Gunnels enjoyed the process of immersing himself in the culture and culinary research needed to collaborate with Yigit and his chef on the menu that they created for Clay & Fire.

“Every region has their own traditional small mezze plates that they make and serve. I counted around 200 of them in my research, and eventually when we get our liquor license, I would like to try to offer some sort of experience where when you get a bottle of Raki [an anise-flavored spirit popular in Turkey] to share at the table, and you would also get a little mezze to start your meal,” explains Gunnels.

Clay & Fire's brunch menu is comprised of a mix of several egg-based dishes and a choose-your-own adventure mezze menu that allows you to pick your own mix of small plates traditionally enjoyed for breakfast with Turkish coffee.

Persian Egg is a silky smooth Iranian dish made with red pepper, onions, paprika and basil cooked down in olive oil, topped with a poached egg and served with two pieces of flatbread. Menemen is a Turkish dish that can be made with lamb or just vegetables served as a scramble with eggs, finely chopped green peppers, onions and tomatoes.

For a little taste of everything, opt for the Serpme Kahvalti. The breakfast platter features slices of fresh heirloom tomatoes and Persian cucumbers sitting on top of delicious fresh yogurt, plus small bowls of pistachios, olives and seasonal fruit served with fresh flatbread and a tray of spices and dipping sauces like jam, local honey and a tahini-date syrup sauce.

Those who want something heartier can opt for the Clay & Fire Breakfast Sandwich. It starts with a croissant from local SunFlour Bakery, which is cut in half and topped with a fried egg, lamb sausage, yogurt, Persian cucumbers and fresh mint and served with a side of braised potatoes.

SunFlour Bakery is also providing almond and chocolate croissants, blackberry scones and gluten-free blueberry muffins for those looking for a pastry to enjoy with their morning coffee.

As for Cult of Pi pizza, Gunnels and Jones are discussing hosting pizza pop ups at Clay & Fire or even offering the pies for carryout-only service. But one thing is certain – the new clay oven is going to get put to good use.

Clay & Fire is open Wednesday through Saturday from 7am to 3pm and Sunday from 9am to 2pm.