Read Today's E-Edition
Share This
Taco Naco, a combined taqueria and market, will open in Downtown Overland Park in February
Share this
1 of 10 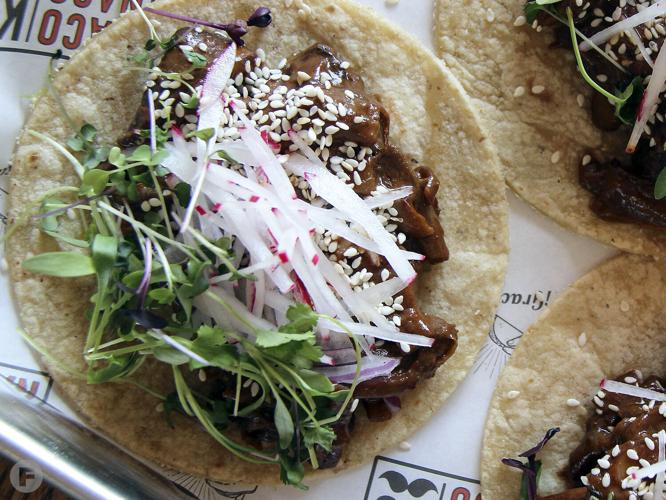 Tacos include one filled with shiitake mushrooms and topped with chipotle mole. 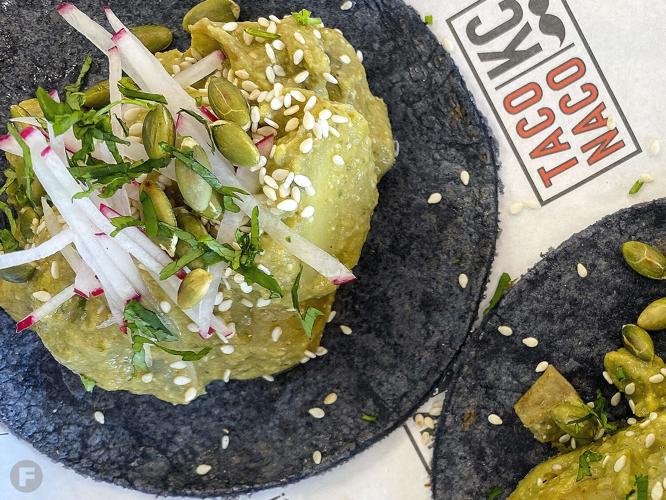 All of the sauces, including the green pepita mole on the potato tacos, are made in house. 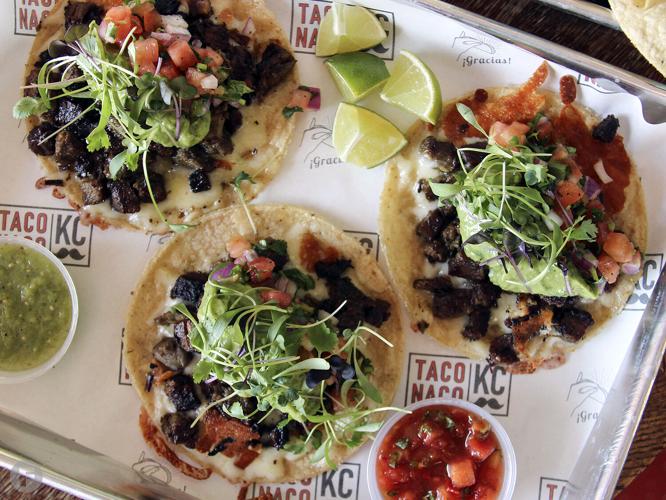 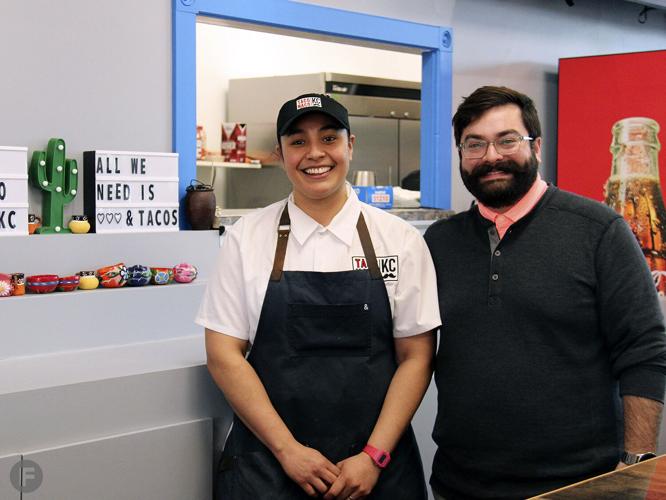 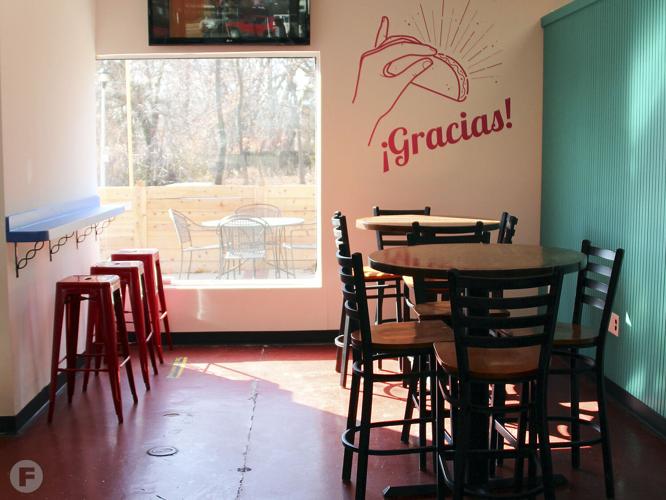 Doors will officially open with regular hours beginning in mid-February. 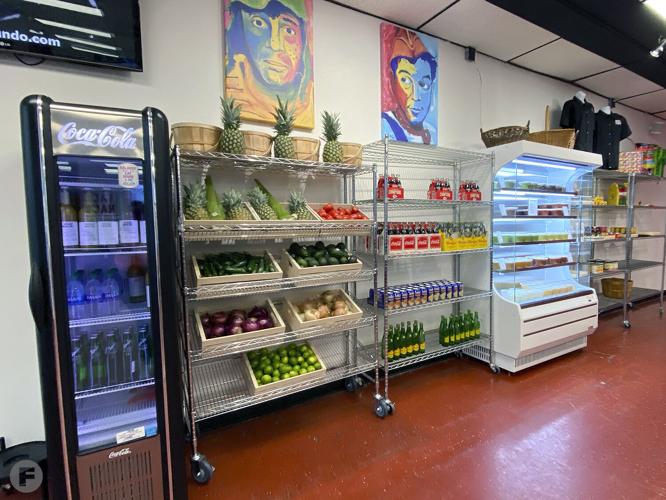 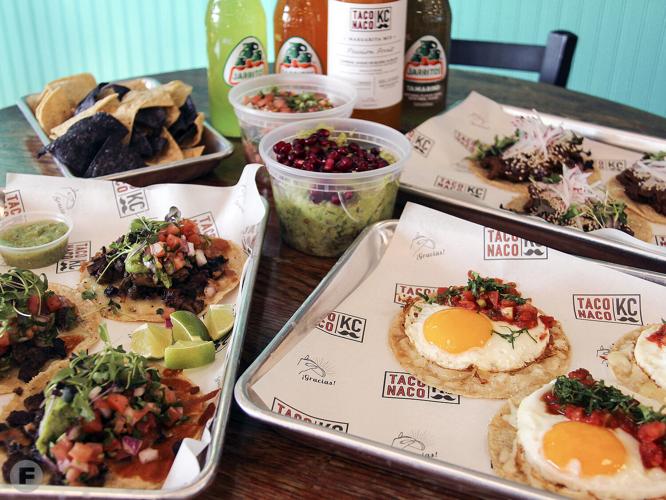 Much of the menu will be familiar to fans of Taco Naco from the farmers' market. 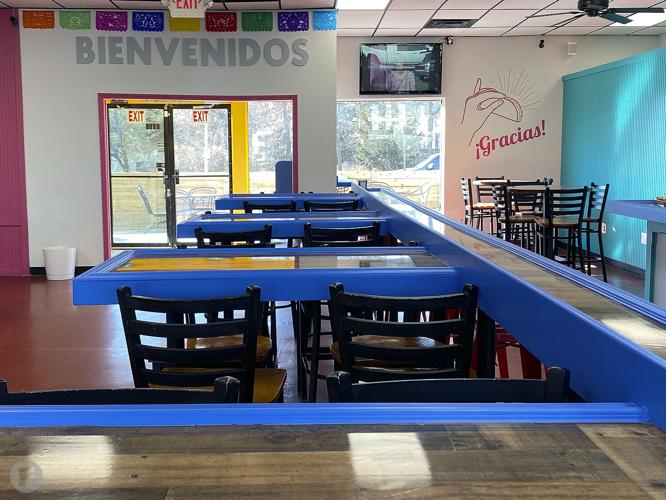 The new space is half market, half restaurant. 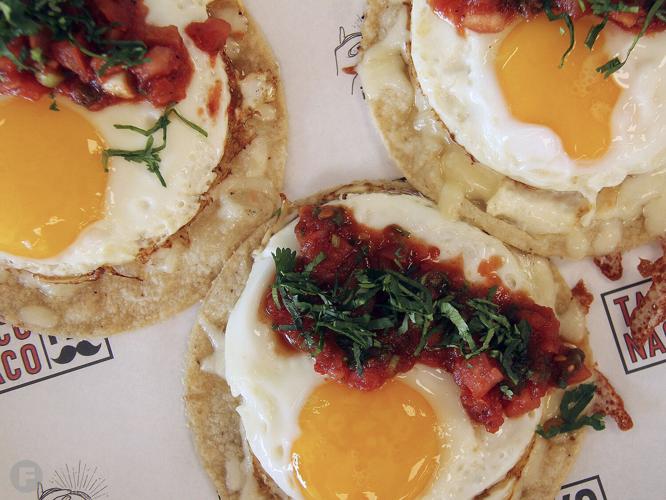 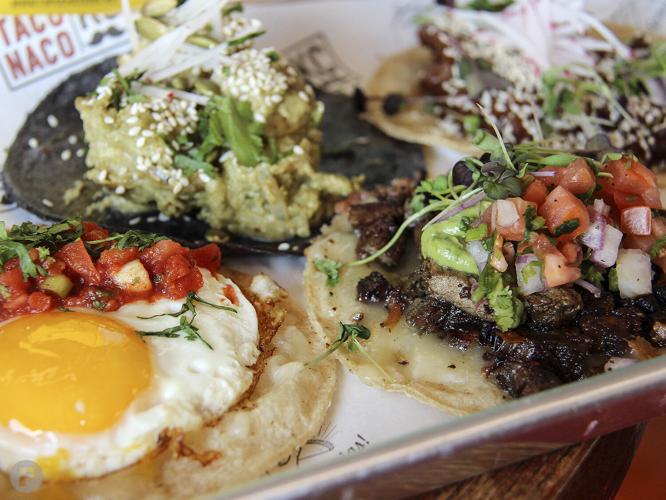 Tacos, unsurprisingly, are the heartbeat of the menu.

Taco Naco started as a simple class project. About two years ago, Brian Goldman studied project management in the course of graduate work at the University of Missouri at Kansas City, and one of his assignments was to “manage” a project from beginning to end according to the principles taught. Unlike his colleagues, Goldman didn’t have a work application he could immediately shoehorn into the project. Instead, he talked with his wife, chef Fernanda Reyes, about a hypothetical catering company they could start for the project. There were no plans to make the concept into a real business.

“But that whole semester I started putting things together, and everything just seemed to click really well,” says Goldman. “It all just  seemed to work –  like it was a really good idea. So at the end of it we decided, ‘Hey, let's just go ahead and just try this out.’” So the two organized their new business, Taco Naco, as a catering company, believing that without the overhead of a truck or a storefront, their risk would be minimal. A handful of months into the effort, business began picking up. After about a year, the couple envisioned the Overland Park Farmers' Market near their home as a place where they could advertise their catering company by hooking the farmers' market customers on their freshly made street tacos. Then came COVID.

“Just like that it changed,” Reyes explains. “[Because of COVID restrictions], we couldn't sell any food.” The pair couldn’t sell Taco Naco’s core offering, but a clever representative from the Overland Park market administration, Kristina Stanley, suggested that Taco Naco sell its salsas instead. Reyes, a Culinary Institute of Mexico-trained professional chef, had never planned this move. She thought that the idea of selling salsas, and then later taco kits, seemed antithetical to her. Gregarious and friendly, she wanted to socialize with her customers and see them try her food. She thought that with pre-made salsa and taco kits this wouldn’t be possible, and she figured the idea was destined to fail. It turns out that she was wrong.

Throughout last summer, as the Overland Park Farmers' Market transitioned from a drive-thru experiment to an open-air distanced market – a success by all measures of safety as well as popularity – Taco Naco went from selling fresh salsas and chips to a full-blown street taqueria that also sold several types of salsas, as well as Margarita mix. Customers came back every week for the ever-expanding variety of salsas, from the mild red Tex-Mex variety to spicy peanut macha and the fiery roja blend.

After their success last summer, Reyes and Goldman found a new goal: to open a combined taqueria and market, similar to the mom-and-pop neighborhood markets more commonly found in Reyes’ hometown in Mexico, Durango, and where her grandmother lived in Baja. After the couple secured a storefront at 82nd and Metcalf – which Goldman remembered once was a Mexican restaurant named Paloma’s – the couple began making it a reality.

On one side of the colorful, welcoming shop, Taco Naco will sell its lineup of salsas, as well as a lineup of moles, in addition to fresh produce, including pineapples, onions, avocados, tomatoes and locally-produced fare from their new colleagues from the farmers' market. The market will also offer a small curated selection of Mexican sodas, juice, candy and imported durable goods. On the other side of the restaurant is the taqueria. The menu – at least at first – will include a small selection of tacos, burritos and quesadillas that will be familiar to fans from the farmers' market. Customers can choose from breakfast tacos with chorizo and tacos filled with luscious housemade al pastor, carne asada, cochinita pibil, shiitake mushrooms topped with chipotle mole and potatoes topped with a green pepita mole.

Reyes’ recipes were all inspired by the cooking of her mother (who owns a restaurant in Durango, Mexcio) and grandmother. But Reyes, who has worked in local kitchens including at Cacao and Caffetteria, isn’t afraid to play around with style and ingredients. She explains that every culinary style that results in a taco – from Tex-Mex to the Mayan-Spanish blending of cultures that resulted in cochinita pibil – all reflect a beloved tradition in Mexico of incorporating lots of ideas from different cultures.

“We're not trying to be any specific of ‘authentic’ style,” says Reyes. “We're trying to be our own style that kind of embraces both the authentic and the Tex-Mex. We are just really into good ingredients and the culinary way of seeing [these dishes.] For example, like everyone around here, I like avocados. One day I thought, 'Let's try pomegranate seeds in the guacamole.' I love Mediterranean and Turkish-style food. I thought I would just make it one week. Then it was like, boom, everyone loved it. The next week, people came back asking ‘where is the guacamole with pomegranate?’”

Although the past year has represented as many challenges as opportunities, Reyes and Goldman are excited and eager to finally welcome customers into their space, beginning with soft opening events planned during the next two weeks. Doors will officially open with regular hours beginning in mid-February. Keep an eye on social media for an official opening date as well as pop-up times.

Tacos include one filled with shiitake mushrooms and topped with chipotle mole.

All of the sauces, including the green pepita mole on the potato tacos, are made in house.

Doors will officially open with regular hours beginning in mid-February.

Much of the menu will be familiar to fans of Taco Naco from the farmers' market.

The new space is half market, half restaurant.

Tacos, unsurprisingly, are the heartbeat of the menu.